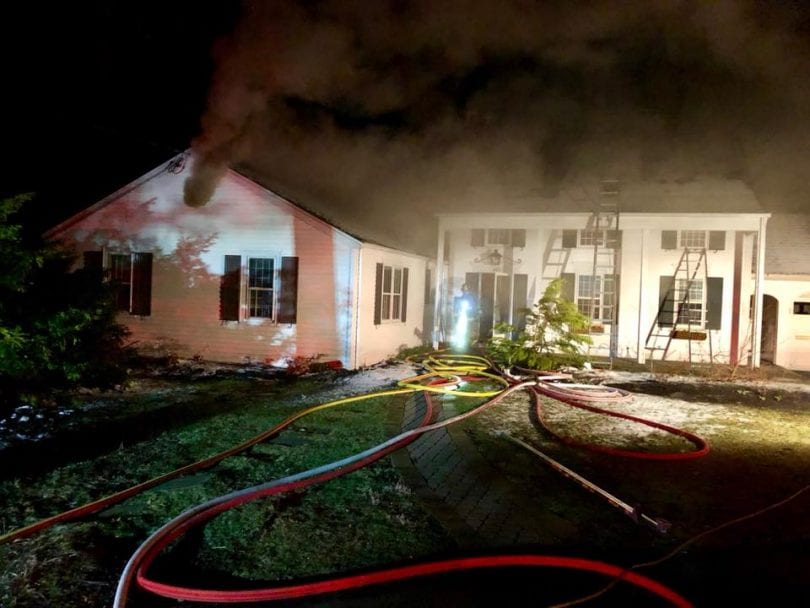 A fire late Monday night caused extensive damage to a Ridgewood Road home, but there were no injuries and the West Hartford Fire Department rescued the homeowner’s dog. 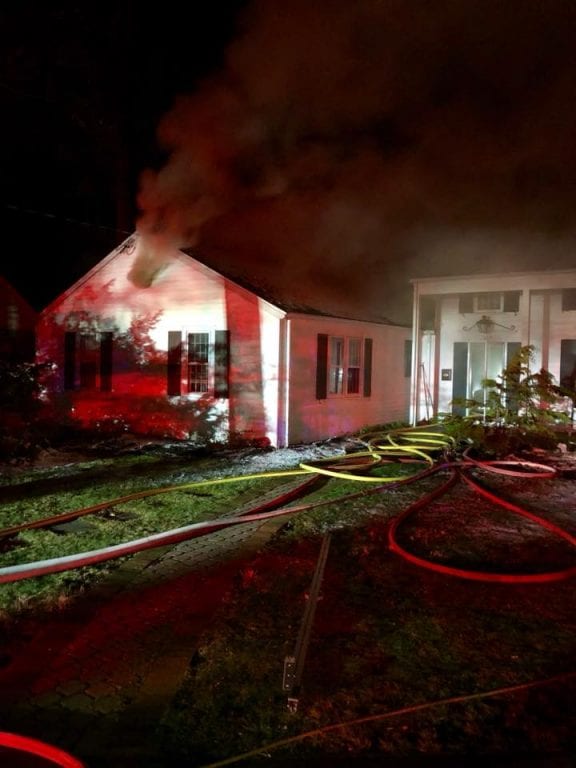 The West Hartford Fire Department was called to the scene of a house fire at 323 Ridgewood Rd. at 10:49 p.m. Monday night, and upon arrival were informed that although both adult homeowners and their young dog has escaped without injury, the couple’s older dog was still inside the home.

Assistant Chief Mike Sinsigalli, who is also the fire marshal, said Tuesday that Lt. Jarrad Smith found the long-haired dachshund hiding under the bed in the master bedroom, and carried the dog to safety.

“We wouldn’t have found the dog in that type of smoke without the imaging camera,” Smith said Tuesday. He said that having a thermal imaging camera on every unit is critically important – “the difference between finding someone’s pet or a person, or a victim.”

Smith said he didn’t think the dog had inhaled too much smoke and hoped it was going to be  okay. “The poor thing was terrified,” he said.

Sinsigalli said that the fire started in the basement, where burning embers from the fireplace had settled and escaped through the open trap door to the ash pit and ignited nearby combustibles that were stored near the chimney.

Sinsigalli said that the fireplace had been retrofit with a gas log, which had been removed, but the gas line ran through the trap door and kept the door ajar, which allowed the embers to escape.

The homeowners were awake at the time, and noticed flames and smoke coming through the wall, Sinsigalli said. Smoke detectors in the home went off as well. Smoke was visible coming from the home when units arrived at the scene.

“The damage was pretty extensive,” Sinsigalli said, because the fire got into the walls and spread all the way up to the attic. He said the fire was “stubborn to put out” because of the concealed spaces in the home, which according to town records was constructed in 1939.

The electrical system sustained significant damage, and there was also structural damage to the home, Sinsigalli said. It is not currently able to be inhabited, he said.

“It was an ‘all-hands’ fire,” Sinsigalli said, with all five West Hartford companies responding. New Britain and Hartford fire departments stood by to provide mutual aid to the stations. 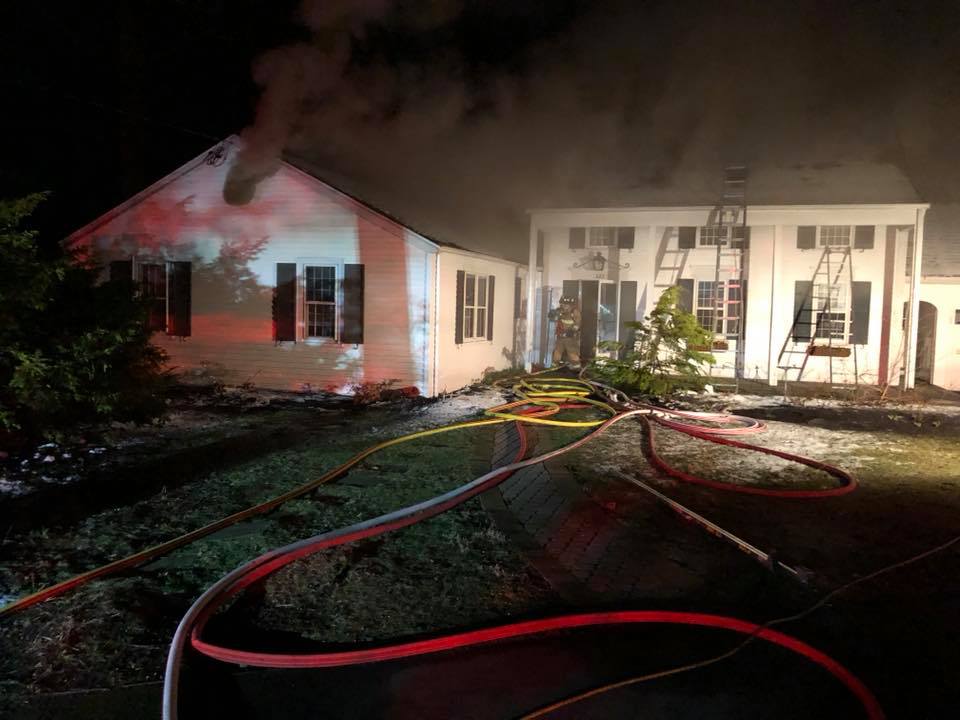