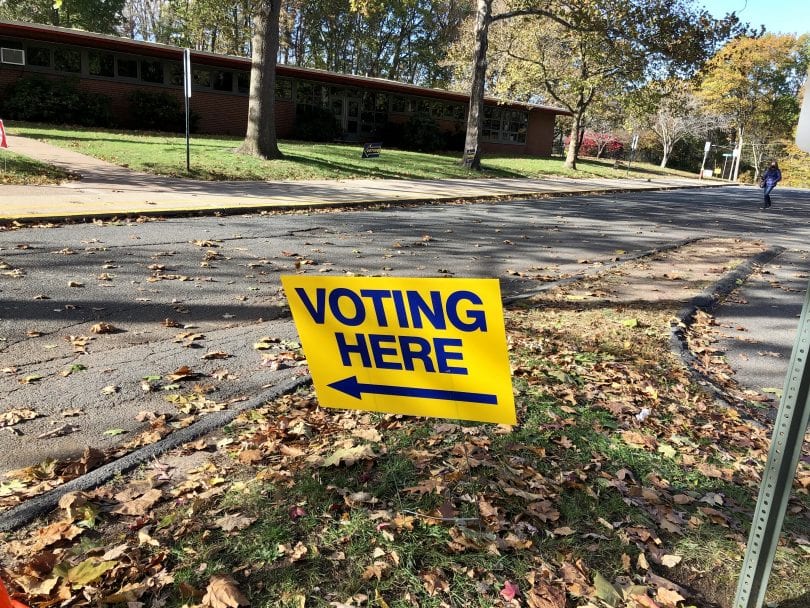 Democrats retained all three state House seats in West Hartford – with a trio of female legislators now representing the town – and Democratic state Sen. Derek Slap garnered more than 64% of the vote. [Updated]

Early election results suggested that high voter turnout for the presidential election helped boost Democrats in state house races to flip some seats in the Connecticut House and Senate.

State house races were still in flux early Wednesday morning as many towns continued to count absentee ballots. But in a virtual press conference with reporters, state Democratic officials said they were pleased with the returns they were seeing in Connecticut.

State Democratic Party Chair Nancy DiNardo said she expected to see “Democratic victory” in state races, even if a lot of them were still unreported.

As the votes were being tallied, Democrats pointed to some early victories where they were able to flip seats previously held by Republicans.

Todd Murphy, a spokesman for House Democrats, said before midnight Tuesday that Democrats had increased their majority in the chamber from 91 to 96 and suggested the number could continue to rise as towns keep reporting results. He said they were still waiting on numbers from nine races, five of which are potential pickups for the party.

As towns continued to return election results Wednesday, Democrats appeared to have bolstered their majority in the upper chamber to 24 to 12. The split would give them a two-thirds majority where they had been tied for control of the Senate after the 2016 presidential election.

The party also saw gains in the House, where as of early Wednesday afternoon Democrats said they had reinforced their majority there by at least seven votes, bringing the House split to 98 to 53 with another upset still possible.

Democratic challenger Mary Welander took the seat being vacated by retiring House Minority Leader Themis Klarides. Pat O’Neil, a spokesman for House Republicans, said Klarides had high name recognition in the district and Republicans had been concerned about holding on to the seat after her departure.

Republicans also lost the seat being vacated by Rep. Gail Lavielle covering Wilton and a portion of Norwalk. Democrat Stephanie Thomas, who challenged Lavielle two years ago and lost, was successful in winning the open seat against Republican Patrizia Zucaro.

And in Ridgefield, the retirement of Rep. John Frey set up a race between Republican Bob Hebert and Democrat Aimee Berger-Girvalo. Berger-Girvallo prevailed, continuing the trend of seats moving to the D column in Fairfield County.

Although Democrats seemed to be picking up more ground, Republicans said they were likely flipping the seat left open by retiring House Speaker Joe Aresimowicz, D-Berlin.

“Two years ago, it was a razor-thin margin for the speaker. It appears that we’ve won that,” O’Neil said.

In general, O’Neil said turnover from lawmakers who chose not to run this year left the minority party defending several open seats.

“Open seats always create new possibilities. We had nine open seats. Anytime you go into a cycle with that many open seats it’s a concern,” he said.

Lopes, meanwhile, managed to unseat incumbent first-term Republican Sen. Genarro Bizzarro to represent Berlin, New Britain and a portion of Farmington. The race was a rematch of a low-turnout special election to fill the seat two years ago.

As Election Day came to a close, results in several state legislative races remained undetermined. With a large number of absentee ballots and different towns choosing different schedules to count and release their vote tallies, the final results will become clear in the days ahead.