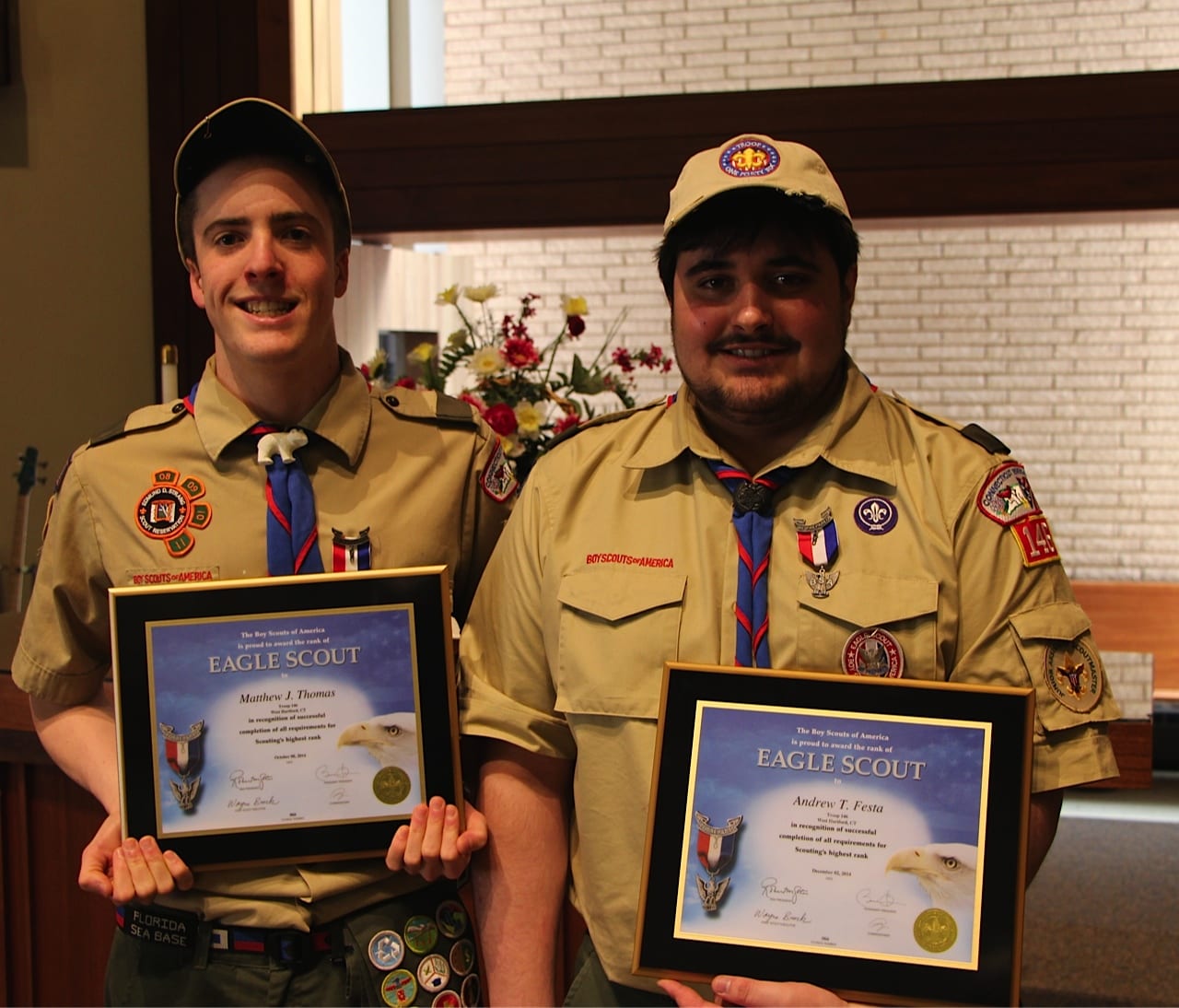 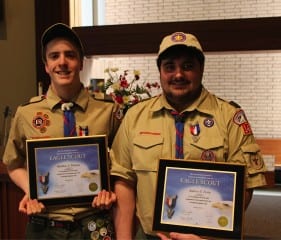 According to the Boy Scouts of America, only about 7 percent of all Boy Scouts achieve the rank of Eagle Scout.

Matt Thomas is the son of Diane and Doug Thomas. Doug was also an Eagle Scout.

At Conard, Matt is captain of both the cross country and swim teams and a member of both the Spanish and National Honor Societies. He has served as an assistant teacher at Asylum Hill Congregational Church and on the Family Ministries Committee at the church. In addition, Matt was a Unified Soccer coach where he supervised a child with developmental disability. He participated in the Intercambio program where he hosted a Spanish student for five weeks and went to Spain during summer months.

For his service project, Matt conducted a bike collection drive, and then shipped the collected bikes to third world countries. He has already been accepted at UConn and is awaiting responses from several other colleges.

Andrew (Drew) Festa, the son of Ana and Tom Festa, is also a member of the National Honor Society at Conard and has been involved in the group’s community outreach. He started Conard’s Astronomy, Computer and Engineering Club two years ago, and participated in a GE artificial intelligence programming competition. He also works to repair and repurpose computers for students who do not have access to technical resources.

He attended summer camp at Camp Strang, hiked Mt. Monadnock and was a crew member on two of Scouting’s High Adventure experiences, Seabase in Florida and Philmont Scout Ranch in Cimarron, New Mexico.

Drew has been accepted at Rochester Institute of Technology and  is currently waiting to hear from Vanderbilt. For his Eagle project, Drew prepared and conducting a program at West Hartford’s Smith STEM School to help interest the elementary school students in science, technology, engineering, and math.