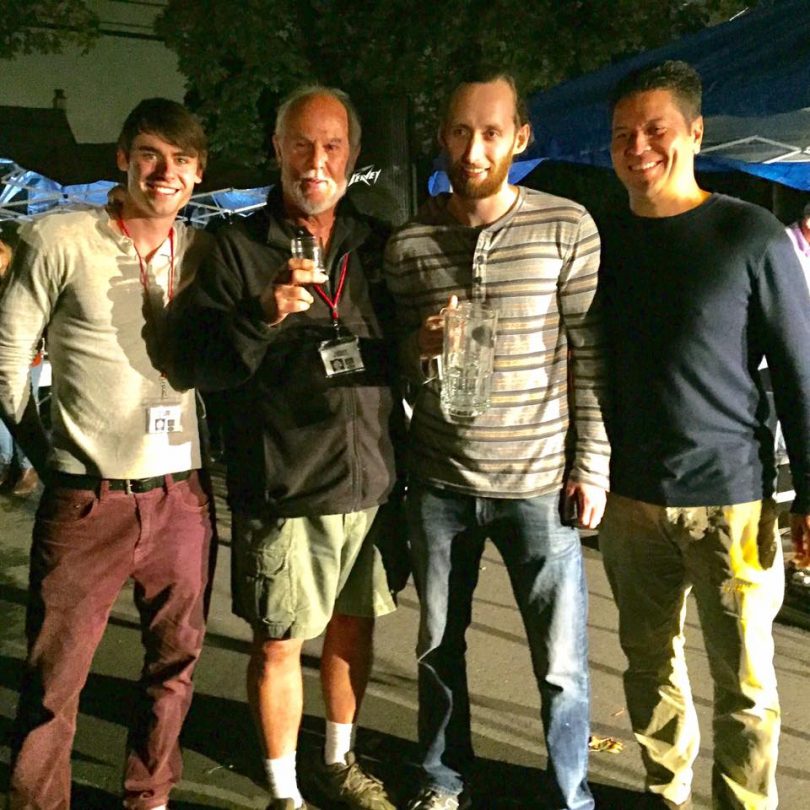 The Noah Webster Real Ale Harvest Fest returns for its third year on Saturday, Sept. 9, 2017. All proceeds from this one-of-a-kind brew fest will benefit the educational mission of the Noah Webster House & West Hartford Historical Society. 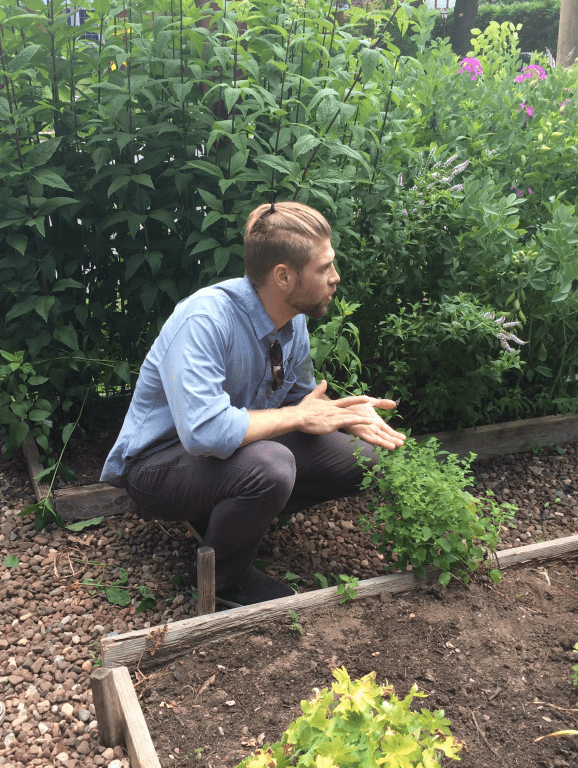 The event is co-hosted by the Noah Webster House & West Hartford Historical Society and the Harvest family of stores including Harvest Country Store and Harvest Wine & Spirits. It takes place inside the museum and outside on the historic property.

More than 400 people will enjoy beer brewed specially for the occasion in small batch casks, live music, and awards for the best beer in show.

Hops were one of the crops that founding father and lexicographer Noah Webster tended on his family’s 200-acre farm in rural West Hartford. When Webster’s childhood home was restored and opened as a museum in 1965, the historic garden was also re-created, including noble hop plants. Beer was a staple drink in the 18th century, but what kind of beer did Webster drink? It was likely a type of ale that did not require sophisticated machinery, thus making it easier for farmers to brew themselves.

Before beer was mass produced, it was cask conditioned. Barrels of fermenting ale were set aside to age gracefully before they were ready to tap. Real ale undergoes a second slow fermentation process in the barrel or cask, the same vessel from which it will be served.

Each brewer participating in the Noah Webster Real Ale Harvest Fest is asked to create a cask of real ale for the event. To add to the challenge, brewers are required to use at least one ingredient from Noah Webster’s garden in their recipe. Past entries have included quince, thyme, lemon verbena and lavender – to name just a few!

The specialty casks are made just for the occasion and good for one day only. A panel of judges determines the Cask Champion and attendees will vote for the Taster’s Choice Winner. West Hartford’s own New Park Brewing walked away as winner of both categories at the 2016 Fest. This year, 26 breweries will compete for the honors, including: 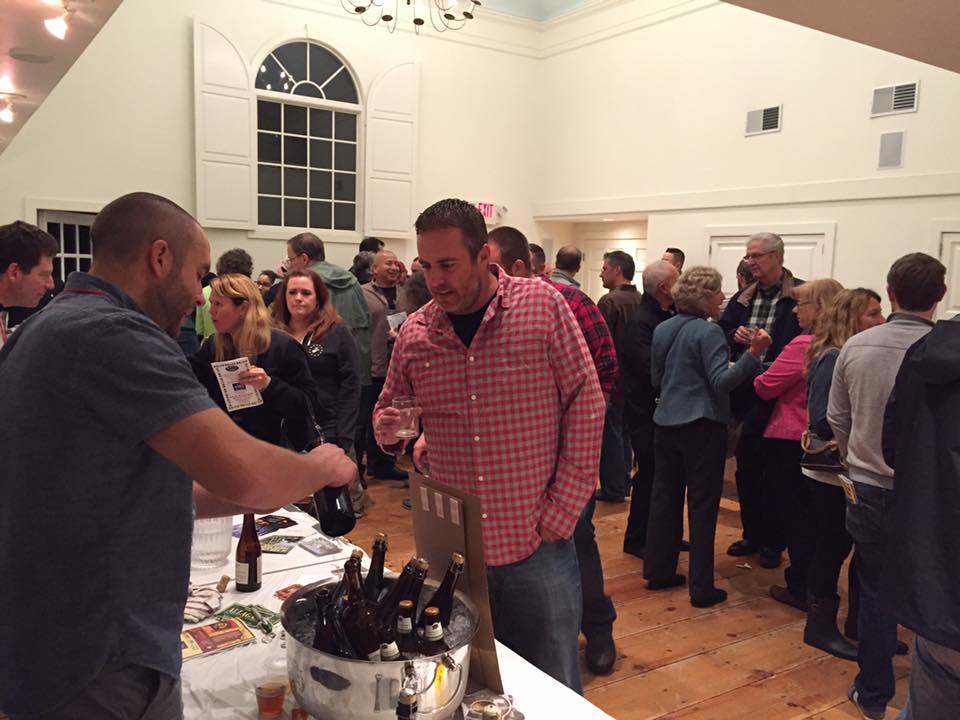 Guests sample beer and ale creations in the gallery of the Noah Webster House during the 2nd annual event in 2016. Submitted photo

Attendees may choose from two sessions: 2-5 p.m. and 6-9 p.m. Each session will have live music with the Allman Brothers/Grateful Dead stylings of James and the Untold Riches in the afternoon followed by Sparkplug as they perform the music of the legendary guitarist Melvin Sparks in the evening session. Food from Harvest Country Store will be available for purchase.

The museum would like to thank gold sponsor ESPN, the Harvest family of stores, and all participating breweries for making this annual fundraiser possible. Additional thanks to bronze sponsor Keating Agency Insurance, to patron sponsor TELEFUNKEN Elektroakustik, and to media sponsor Yelp.

Harvest and 30-plus breweries donate their time, talent and beer to this annual event in order to raise critical funding for the museum. The Noah Webster House & West Hartford Historical Society has been serving the West Hartford community for more than 50 years. The non-profit organization maintains the 18th-century birthplace of Noah Webster, West Hartford’s most famous resident and author of the dictionary and Blue-Backed Speller. The home is a National Historic Landmark and welcomes more than 10,000 visitors annually through tours, programs and events. Of those, the largest audience each year is an estimated 5,500 school children. Students experience quality, hands-on learning at the museum, with 20 percent attending free of charge from underserved communities throughout Connecticut.

Hop to it! Purchase tickets online at noahwebster.yapsody.com or call 860-521-5362. Through August, tickets for each session are $40 ($35 for museum members) and include unlimited samples and a souvenir tasting glass. A limited number of discounted tickets are available for purchase for only $35 at all three Harvest locations. All tickets purchased Sept. 1-8 are $45. Tickets purchased at the door are $50. Discounted tickets will be available for designated drivers at $20.

Attendees must be 21 or over for this event. Valid ID must be presented at the gate in order to attend the 3rd Annual Noah WebsterReal Ale Harvest Festival. Please drink responsibly.

The museum would also like to thank the Hartford Foundation for Public Giving and the Greater Hartford Arts Council for their continued support.

The Noah Webster House & West Hartford Historical Society is a cultural destination where citizens can learn to understand and appreciate the past. The museum preserves the birthplace of Noah Webster, the founding father, educator, author and lexicographer who taught generations of Americans what it means to be American. This National Historic Landmark is also a repository for West Hartford’s history, the community that molded Noah Webster’s future, and is still thriving over 250 years later. The historic house and exhibit spaces are open daily from 1-4 p.m. For information on the museum’s extensive school and public programs, please visit www.noahwebsterhouse.org or call 860-521-5362. 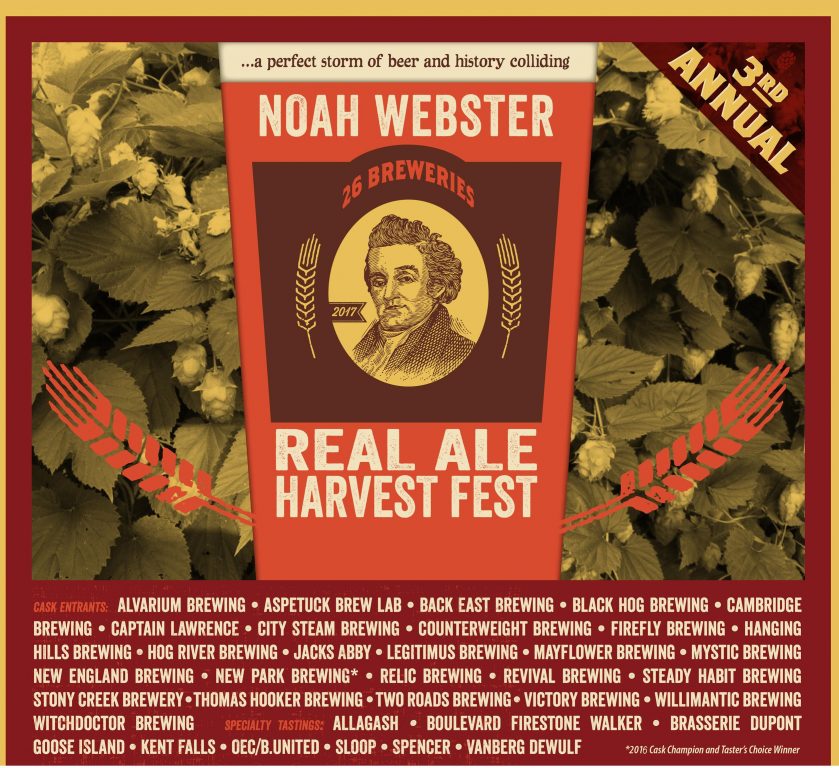