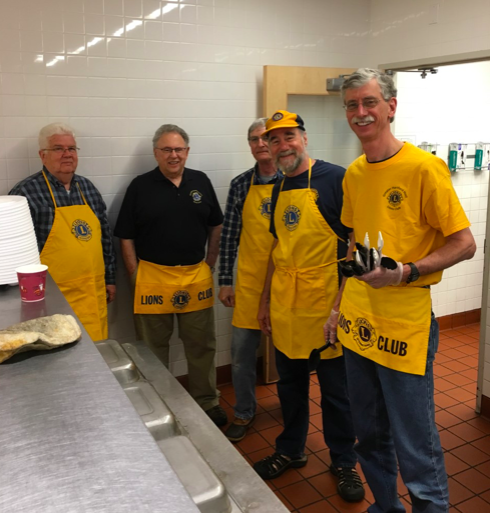 Matthew Woods Weber estimates that the Greater Hartford Host Lions Club is one of the original chapters, worldwide.

“This puts us in the ranks of one of the oldest Lions Clubs in the world,” he said.

Indeed, this year is the 100th anniversary of the service club, and members plan on celebrating with a dinner on Dec. 6 at Rockledge Grille in West Hartford. The evening will also include live music, special guest speakers, and more.

“We retained the charter of the Greater Hartford club, but we’re based here in town,” Woods Weber said. That means they can serve a much wider area. 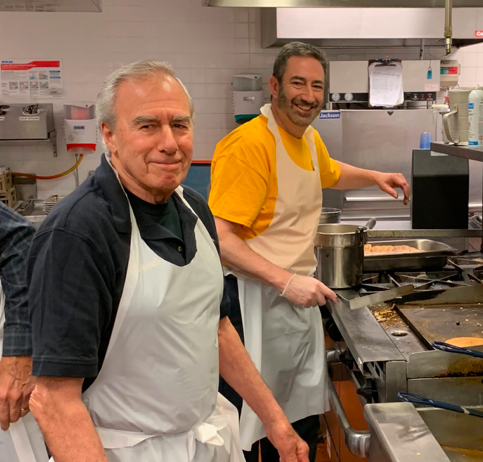 “Lions Club is an international organization,” he added. “We are currently the largest volunteer organization in the world.” It’s only a few years younger than Rotary, which was founded in 1905. Currently, there are more than 1.4 million Lions Club members in 47,000 clubs around the world.

The club has a long tradition of service, and finds joy in helping others.

“Most people know us as the folks who collect eyeglasses and refurbish them and give them out to people who need them,” Woods Weber, who has been a member for 10 years, said. There are dozens of drop-off locations throughout the area.

Their help goes beyond just eyeglasses, though. “Local residents unable to pay for eyeglasses and eye exams have always been able to turn to the Greater Hartford Host Lions Club,” according to their website.  “

Schools are doing eye screenings,” Woods Weber said, “but we come in with technology that they don’t have and make referrals if the students need to see a doctor. We also do screenings for the Hartford Boys and Girls Club, and for the elderly through the West Hartford-Bloomfield Health District. We pay for eyeglasses for individuals who can’t afford them.”

The website also highlights some of the Lions’ other avenues of support. “The Club has long been a supporter of the American School for the Deaf, not only through annual contributions, but also by donating its first van and erecting a flagpole in front of a dormitory. The Club sponsors and serves an annual Thanksgiving Dinner for the children, families and staff of The Village for Families and Children. And the Club presents a scholarship annually to a deserving high school graduate. This scholarship is renewable for four years as long as the student is in school and maintains good grades.”

Club members have a lot of ways in which they raise money for college scholarships and support for non-profits. According to the club history, “The Club awards college scholarships to deserving students in the local area, funded in part through the generosity of Lion Paul and Beatrice Lowenberg. Available to graduating seniors residing in Hartford, East Hartford, Windsor, Bloomfield, Newington, West Hartford, or Wethersfield, qualified applicants for the Lowenberg Scholarship must be entering or enrolled in a two- or four-year college or university and demonstrate financial need and academic excellence. Preference is given to entering college students with an interest in music and the arts.”

Fundraising is key to the club. “We hold an annual nut sale, we do a pancake breakfast in the spring and we have a booth at Celebrate! West Hartford,” Woods Weber said. “We also have a bulb sale and a chocolate sale.” 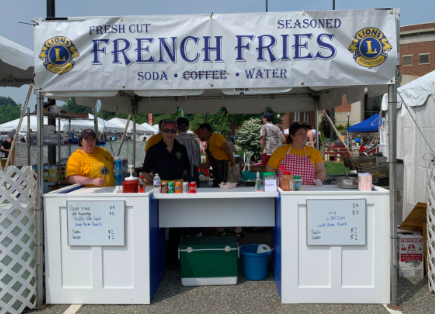 Fundraising efforts for the Lions Club include selling French fries at Celebrate! West Hartford. One hundred percent of the proceeds go to those they help and club members shoulder the administrative costs. Courtesy photo

One hundred percent of the proceeds go to charity, according to Woods Weber. Members shoulder any administrative costs.

Involvement in the club is a lot of fun, according to Woods Weber. “We meet every month for dinner. It’s a great social experience. We go out to dinner and make friends.”

And at 30 members, they’re looking for new people to join Lions Club. “The thing about joining us is that we do so many different types of projects,” Woods Weber said. “There’s always something new. It’s a way to give back. I love being able to impact young and old.”

More information about the Lions Club can be found on their website.

A version of this story was originally published in the December 2022 issue of West Hartford LIFE.