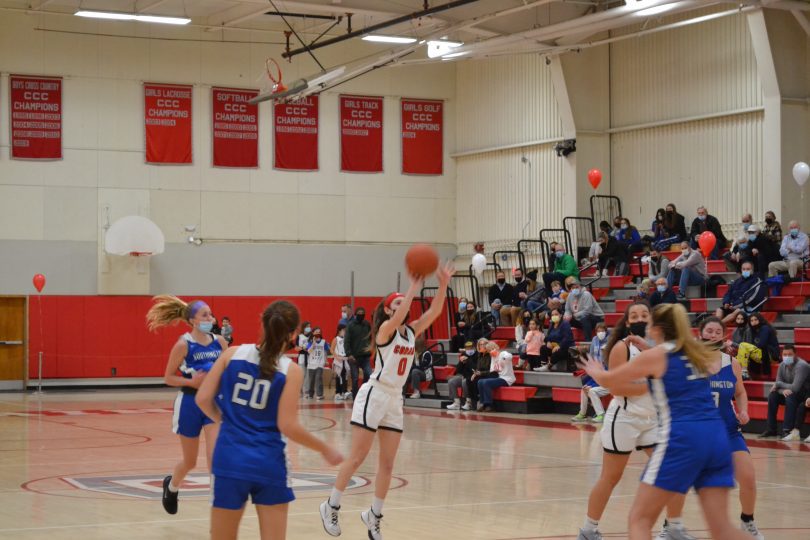 Southington spoils the party with a win in West Hartford Thursday night. 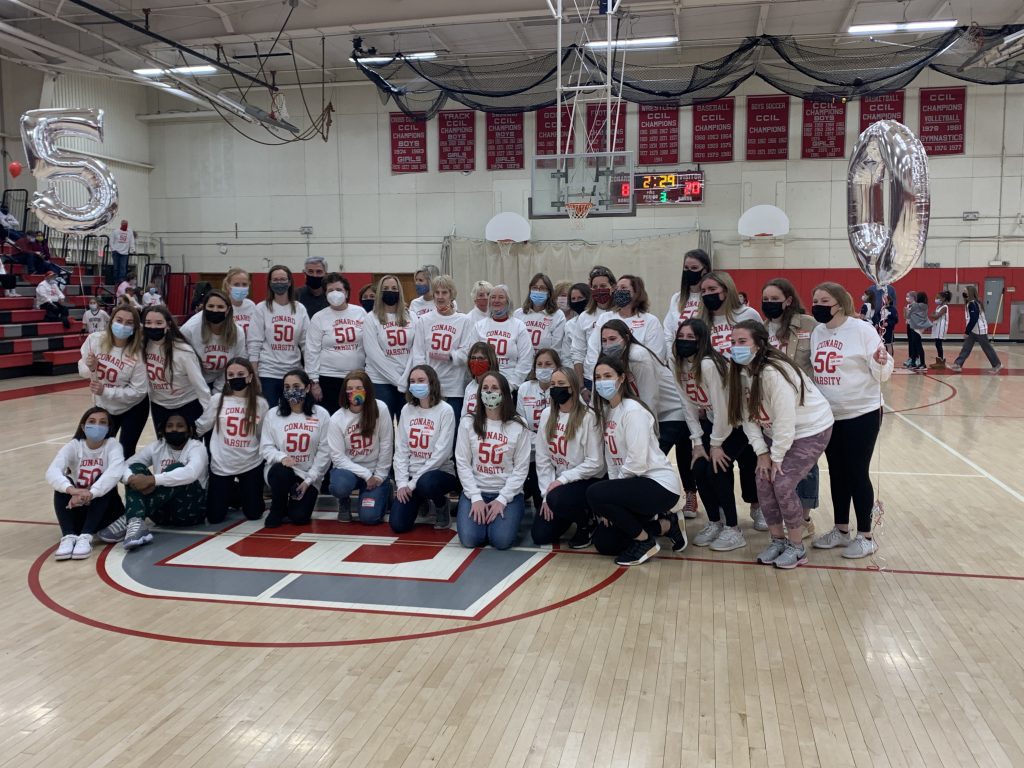 Thursday night was about celebrating the beginning of girls’ sports in West Hartford, and in particular the Conard girls basketball program. Even before Title IX had become law, assuring female athletes would have the same opportunities as male athletes, the West Hartford Board of Education said yes to creating programs – and among them was a varsity girls basketball team at Conard, that in just seven short years would be a state champion. 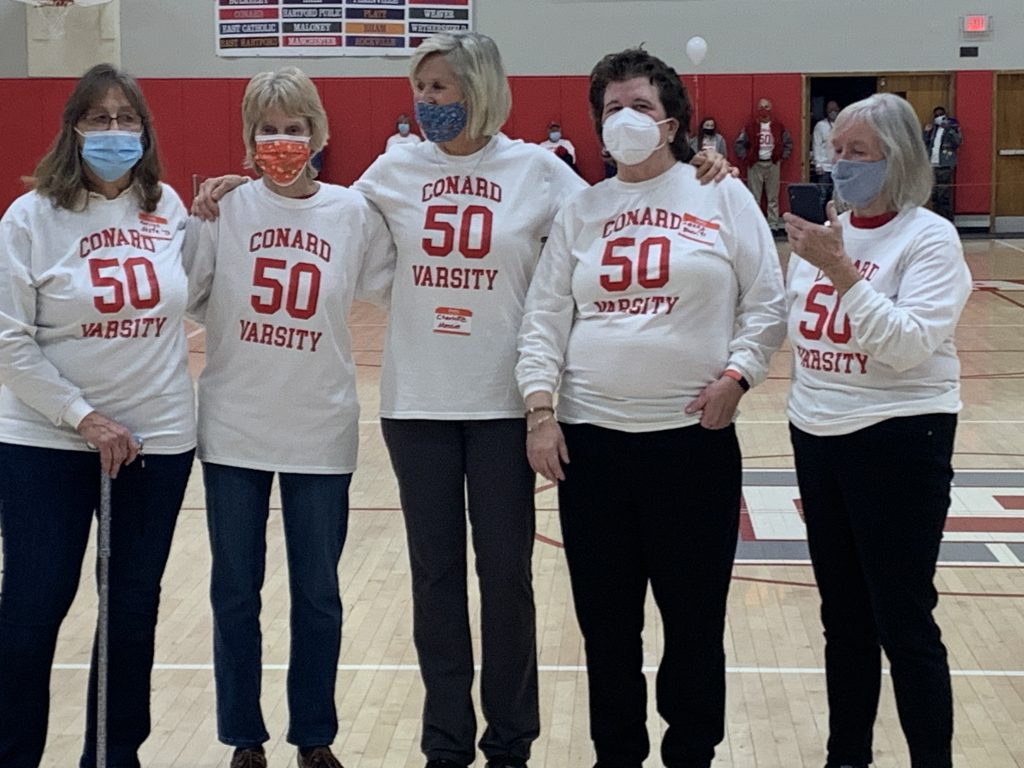 Players and coaches who built the tradition at Conard returned Thursday night to celebrate the past, the present, and the future of the program. Five players from that original team were on hand, and during pre-game warmups, players from the West Hartford Magic Girls Travel Basketball team lined the end line and high-fived the Chieftain players as they came through the  shooting lines. 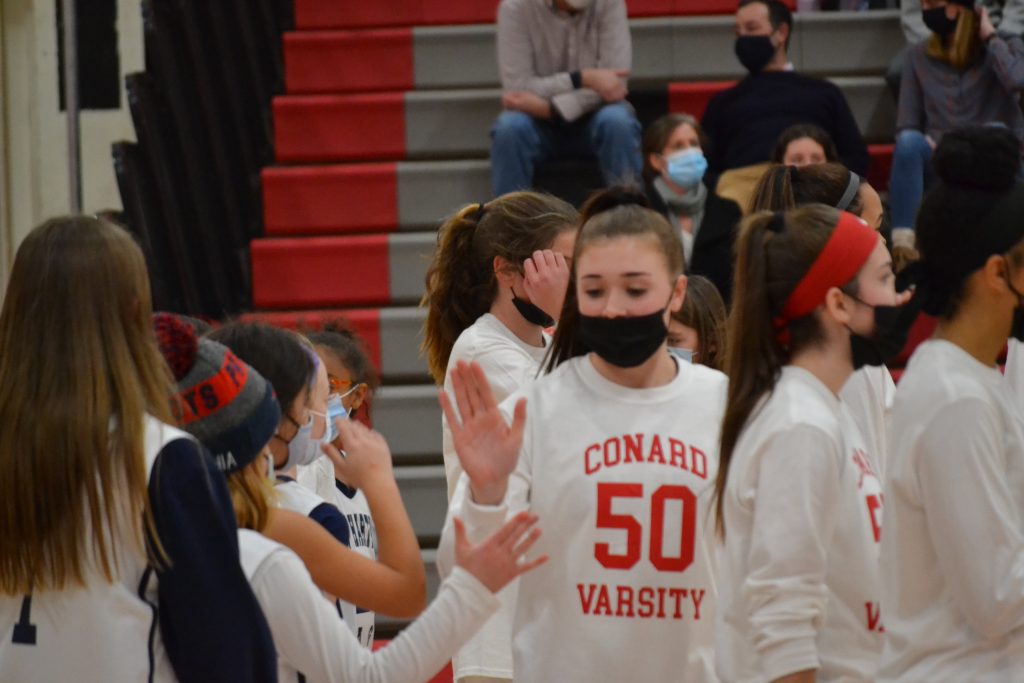 Facing challenges has always been a part of the program, and Thursday was no exception. A Conard team that lists just three seniors was hosting the undefeated Southington Lady Knights. Despite a tight first quarter, Southington  was just too fast, too skilled, and too good to contain, and they would come away with a 40-19 win. 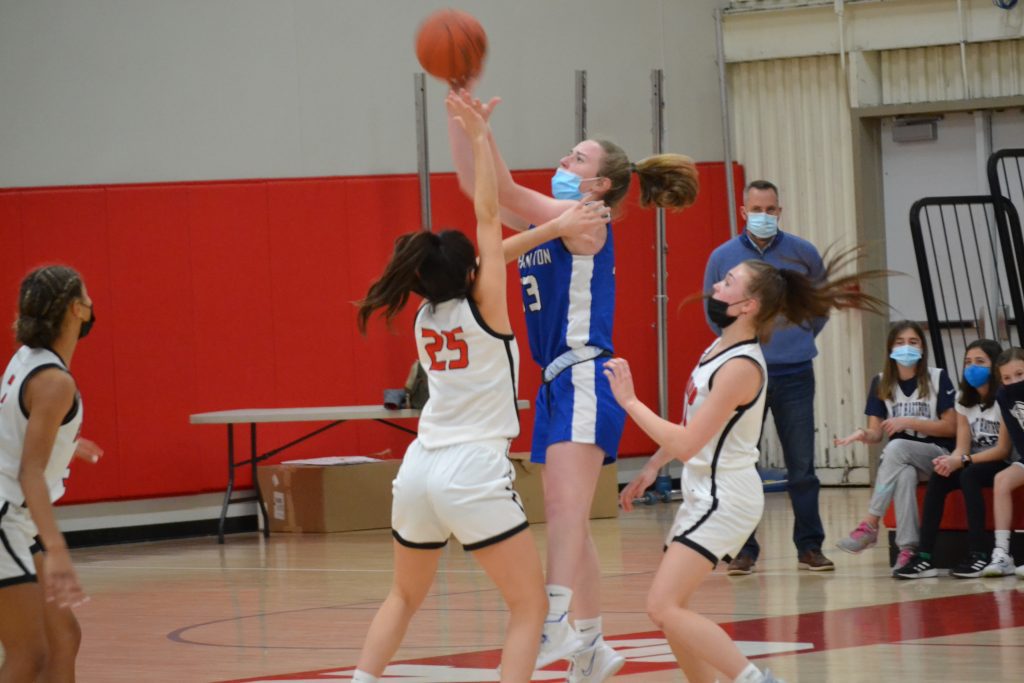 The visitors used a full court trapping defense, forcing Conard to make quick decisions with the ball. When they did get a look at the hoop, the Chieftains had trouble converting. Southington also dominated the boards at both ends, rarely giving Conard a second chance on the offensive end.

Southington pushed what was a four-point lead after the opening eight minutes to 10 points with a 3-pointer with 4:41 to play in the second. By the end of the half, it was a 12-point lead, and the Lady Knights were controlling nearly every aspect of the game.

Despite the lopsided score, the heart and determination of the Chieftain players never wavered. They battled for every loose ball, hustled to try and contain Southington on defense, and never gave up. But it was a case of simply facing a better team. 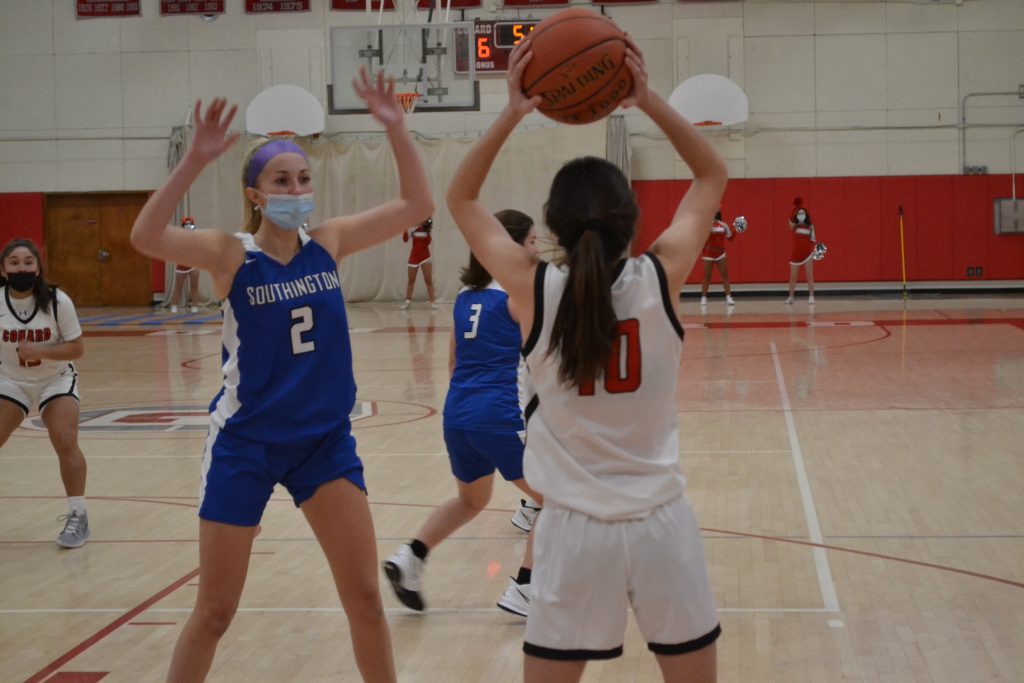 One of the strongest statements of how hard head coach Laurie Cersosimo’s squad played all game came in the third period. Down 20 points, with just 23 seconds to play in the quarter, Conard’s defense denied Southington the chance to inbound the ball, forcing the 5-second violation and the turnover.

The Lady Knights were led by junior forward Allison Mikosz who scored a game high 13-points, and freshman guard Ciara Sockwell who chipped in 8. Sockwell was tenacious all-night, chasing down loose balls and battling every possession. 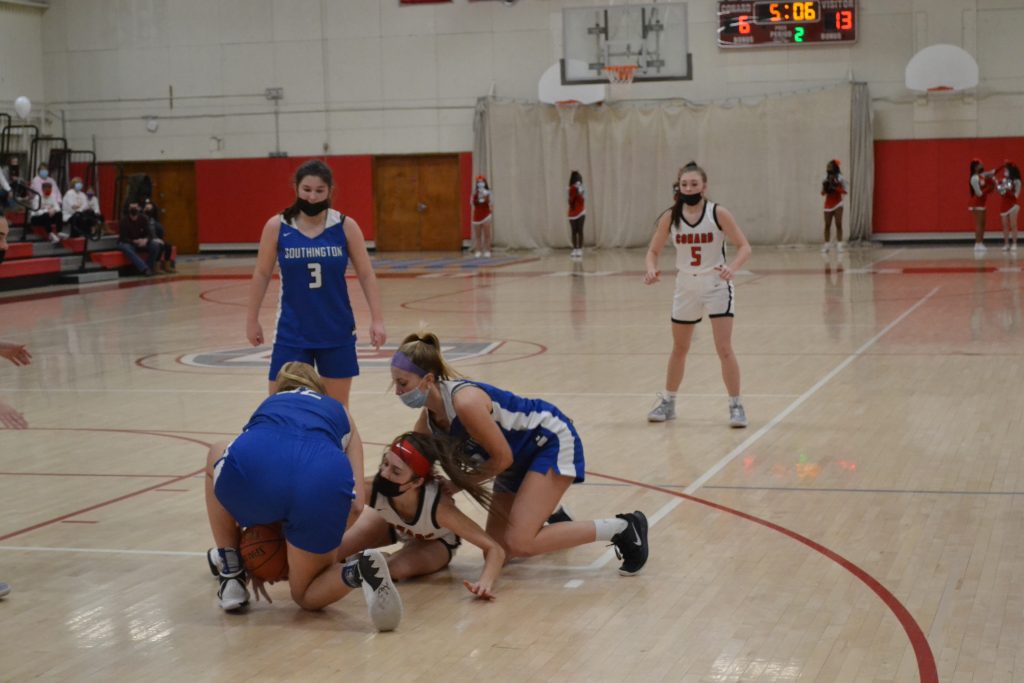 Conard freshman Callie Cosgrove – the emotional leader on the floor this night – had a team high 8 points, with Tatiana Harrison chipping in 4.

The night was about celebrating all that has been achieved and all that will be achieved in the program and in girls sports at Conard and in West Hartford. Bringing together 41 alumni ranging  from last year back to the first team is what will be remembered long after anyone recalls the score of the game.

Just announced.. Eddie Litos to be inducted into the New England Basketball Hall of Fame Class of 2022 as a contributor @WeHartford ⁦@Conard_Hoops⁩ pic.twitter.com/pO5yfaYU9w 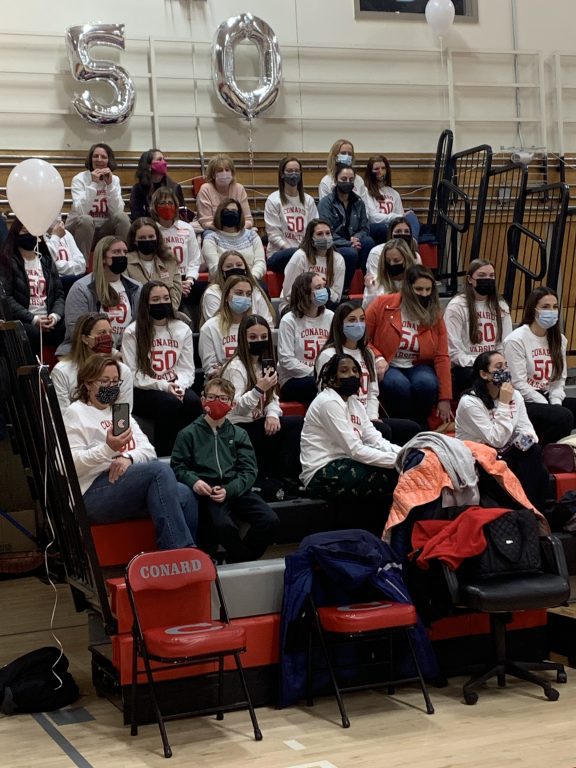 A group of alumni from throughout the past 50 years gathered to celebrate the Conard girls basketball program. Conard vs. Southington girls basketball. Dec. 23, 2021. Photo credit: Paul Palmer