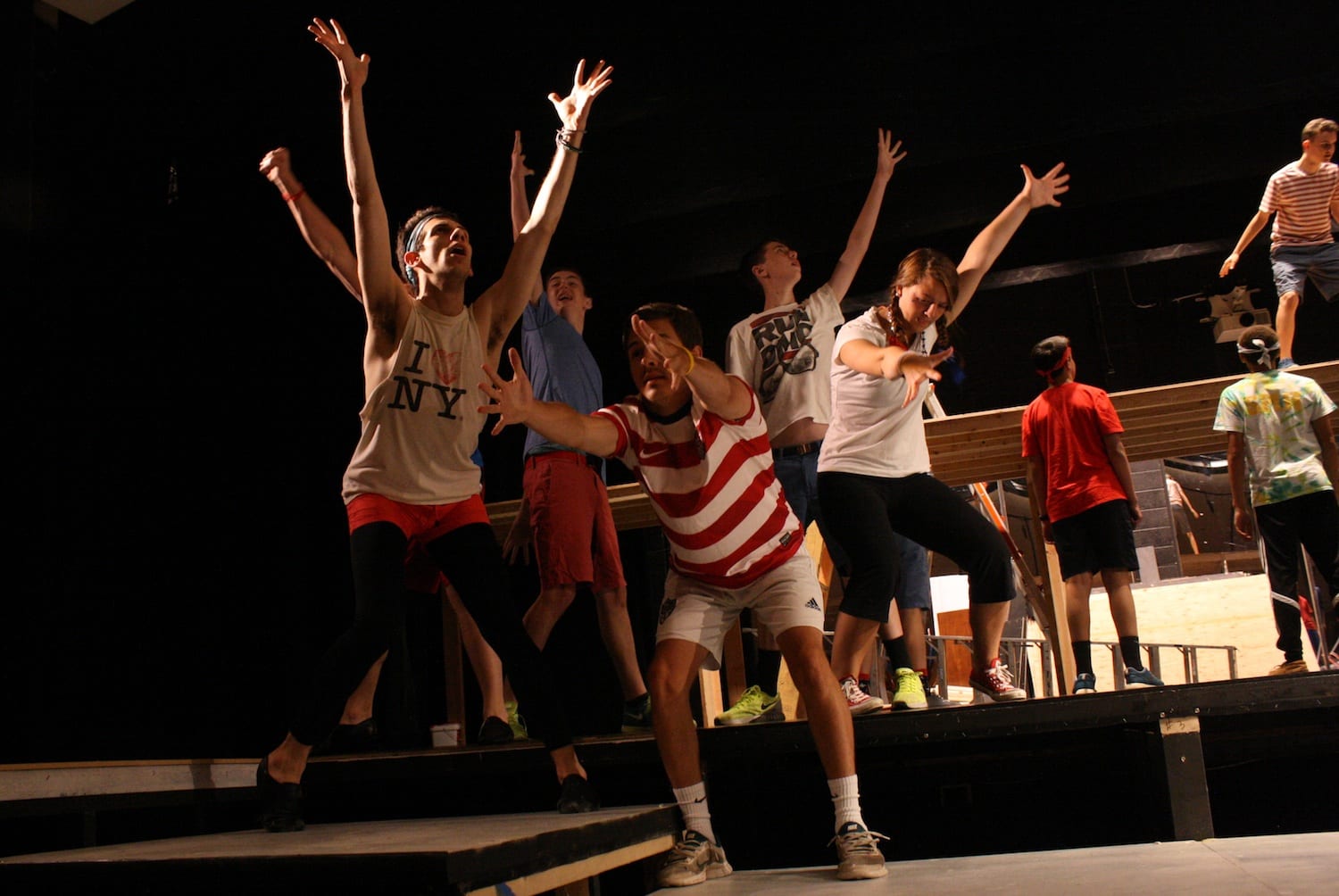 The Jets strike a pose in the opening number of West Side Story. Submitted photo

West Hartford’s Summer Arts Festival will be putting on a production of ‘West Side Story’ starting July 30.

This year West Hartford’s Summer Arts Festival will celebrate its 39th annual production by putting on “West Side Story.”

The 42 cast members and 37 members of the pit orchestra are high school and college students from the Greater Hartford area. They have dedicated their summer evenings to put on a professional-grade production in just six weeks.

Some of the town’s biggest talents come back year after year to be a part of the magic.

Max Weinstein of West Hartford is playing the part of Riff, the leader of the Jets. Weinstein, a rising sophomore at New York University, is studying to receive a BFA in Drama.

Weinstein said Riff has always been a dream role of his. “He is a fearless leader. He’s energetic, but also in control,” said Weinstein.

Weinstein’s love of “West Side Story” was passed down from his father and grandparents. “My dad has played the music since I was little, because his parents played it for him,” said Weinstein.

He believes the content of the musical makes it applicable to our current society, and is important to see.

“A work as timeless as this never loses its relevance,” said Weinstein. “With everything that is going on in our cultural and social climate, ‘West Side Story’ is a more relevant work than ever before.”

Brigid Lucey, a Conard graduate and rising sophomore at Cornell University, is playing the roll of Maria.

“Maria has a mature idea of the world, even though she has her innocence and her youthful spirit left,” said Lucey. “There’s a lot of hope in her character.”

What is it about SAF that brings back students year after year, even some while they move on to college?

According to Lucey, it’s the production team’s quality of work that draws her back each summer. “The team that puts together the shows has got it down to a science now,” said Lucey. “I know the friends I have in SAF are going to come back because the production is at such a strong caliber.”

As Lucey said, none of this would be possible without SAF’s dedicated staff. Kate Morran serves as the choreographer, Emmett Drake is the music director, and Haig Shahverdian is the Executive Producer/Founder. Sara Avery serves as the production’s artistic director.

This team comes back year after year, putting their hearts and souls into every production they do, and it comes through in the final projects. They do whatever they can to motivate the actors, and push them to fully embody the characters that they are playing.

Avery said the cast and orchestra are self-motivated, working hard and doing an incredible job. However, the production team has high expectations, and pushes them to put forth their best work.

“We don’t cut corners just because they are students,” said Avery. “We have extremely high expectations. We demand excellence, and we think it really comes through in the product.”

While the sophistication and high caliber of SAF productions is clear, what is really striking is the excitement and passion of the students who get to do what they love.

Maddie Gallinoto is a rising freshman at Conard high school, and a part of the ensemble in this year’s production of “West Side Story.” Why did she decide to do delve into the world of SAF for the first time?

“I like meeting new people, and it’s just a way to have fun and enjoy doing what I like to do,” said Gallinoto.

That is what SAF is all about.

SAF is sponsored by the Town of West Hartford’s Human & Leisure Services Department and the Department of Fine & Performing Arts.

“If you’re going to see one show in your life, ‘West Side Story’ is the one that most theater people would tell you to see,” said Avery. 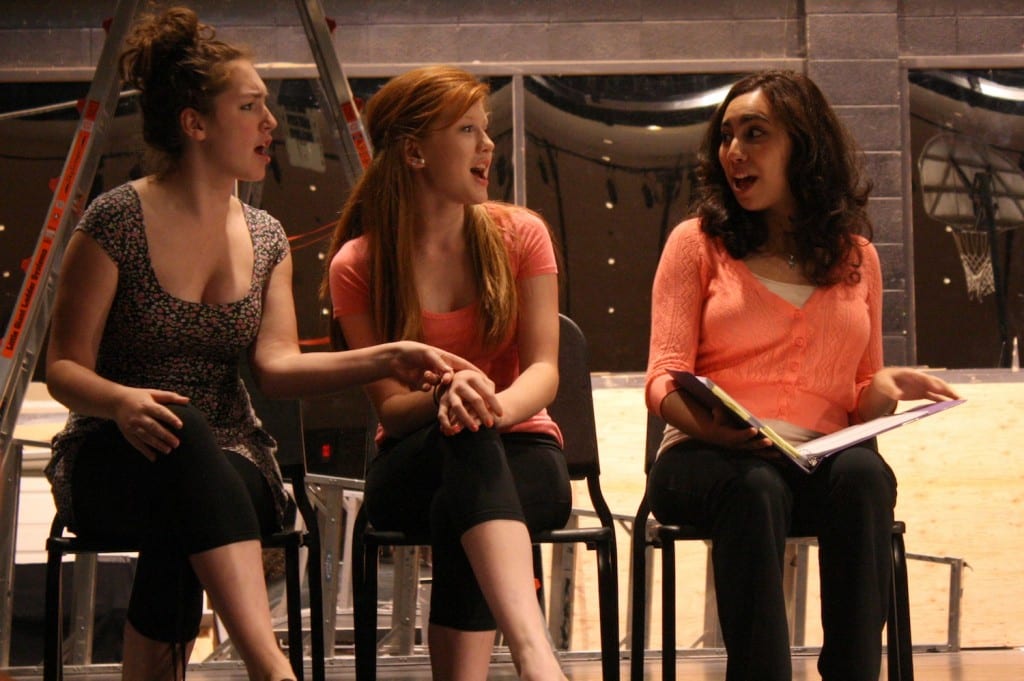 Three of the Shark girls extoll the virtues of life in the United States while rehearsing the song “America”. Submitted photo. 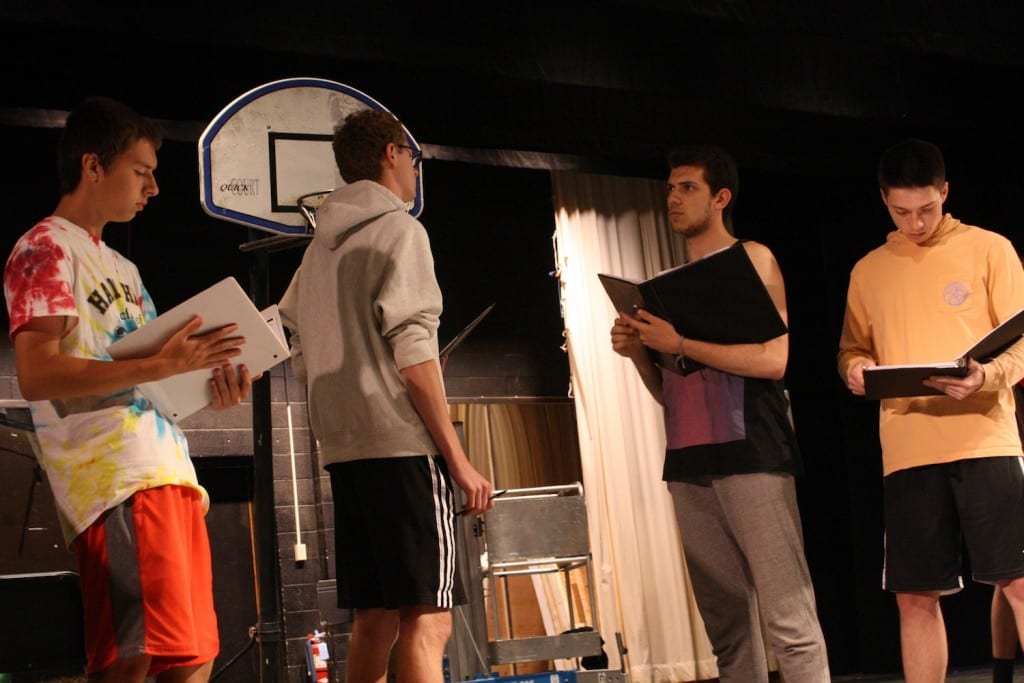 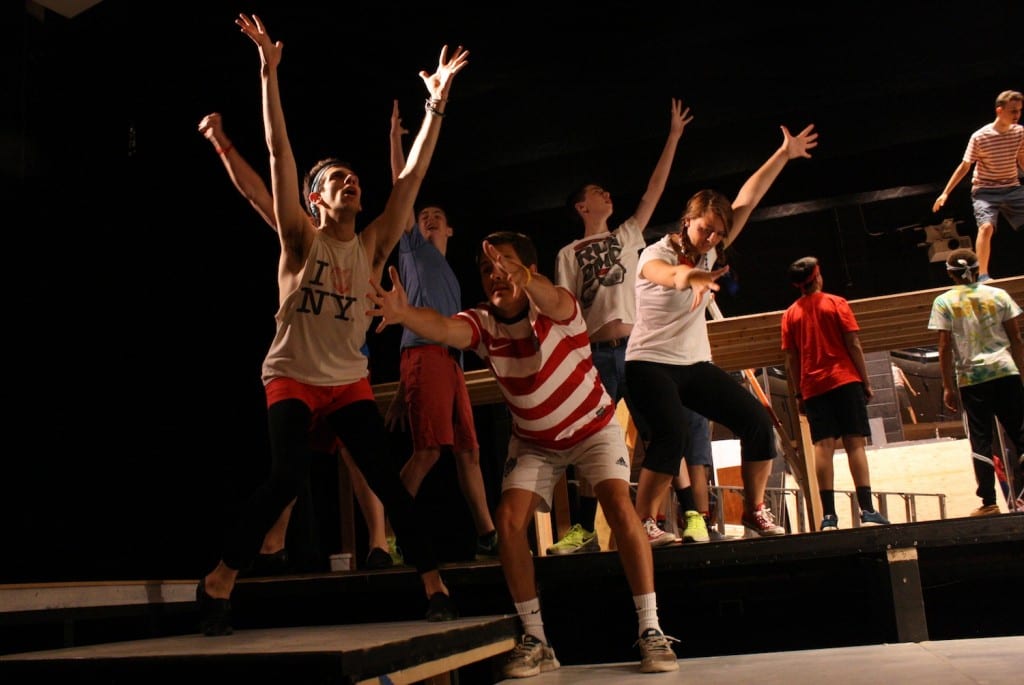 The Jets strike a pose in the opening number of West Side Story. Submitted photo. 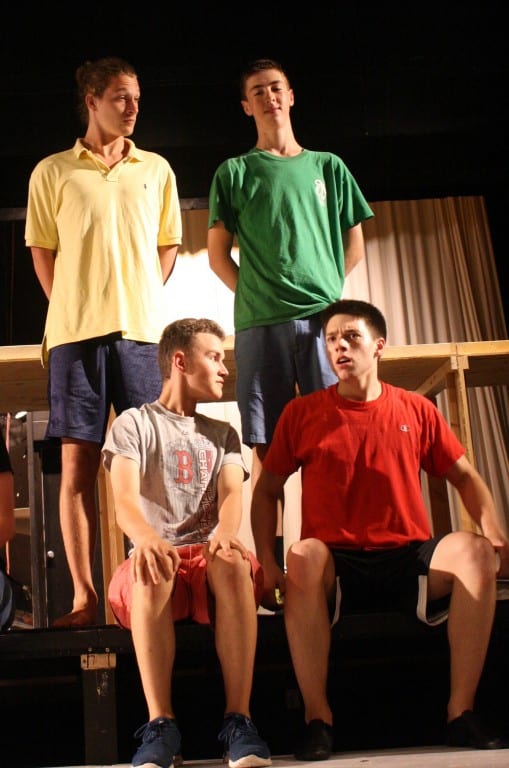 The song “Gee, Officer Krupke” is performed by Action (bottom right), played by Ryan DeFranzo of East Granby, and the Jets.
Submitted photo. 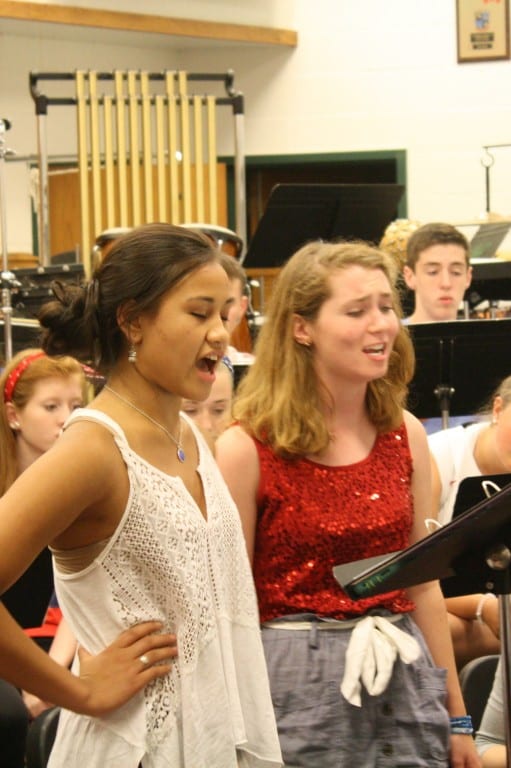 Emily Bautista (left) and Brigid Lucey (right) sing Anita and Maria’s duet, “A Boy Like That/I Have a Love”, in rehearsal. Submitted photo.