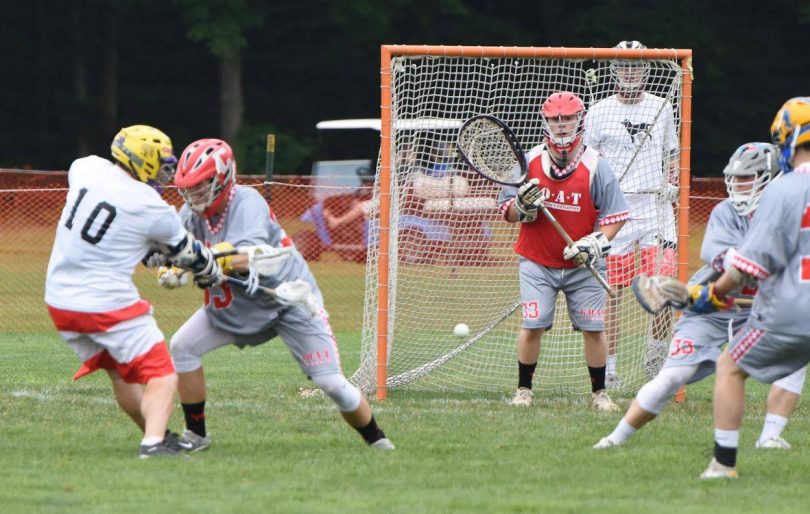 Peter Gabriele in goal for the 2017 Team GOAT. Courtesy photo

Team GOAT was formed in honor of former Marine Lance Cpl. Larry Philippon, a West Hartford man who was killed while serving the U.S. in Iraq. 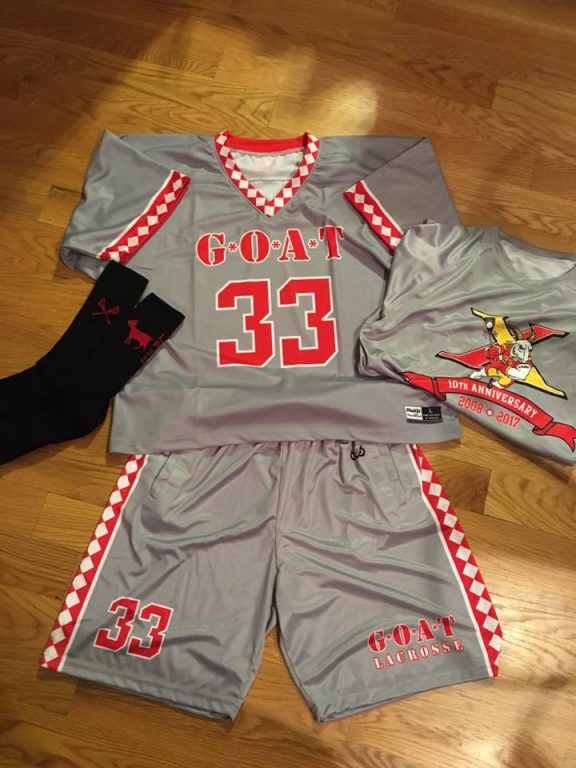 This summer a band of brothers came together to compete, fight, and battle for the 10th year in the highly-competitive Glastonbury lacrosse tournament, which brings in close to 20 teams from around the Northeast and benefits the National Multiple Sclerosis Society.

Going by the name of GOAT (Greatest Of All Time), the West Hartford-based team was formed in honor of Lance Corporal Lawrence “Larry” Philippon, who was killed in action in Iraq in 2005. Philippon was a former Conard High School All-League long stick defenseman and All-State hockey goalie.

“The team was formed as a way to keep his memory alive and remember his contributions to his country and local community,” said founding team leader Brendan Frobel. Since the first tournament in 2008, over 35 years of Conard Lacrosse alumni have been coming together for the two-day tournament.

“We try to pass on to a younger generation of Conard High School lacrosse players that life is bigger than winning and losing. That being a part of this lacrosse community is about being a party of something larger than the game itself, it’s a family. It’s about coming together each summer and using lacrosse as a means to remember what sacrifice is and means,” added Frobel.

Over the last 10 years GOAT has played in three championship games. The team won in 2010 and 2014, and made a statement as runner-up in 2008, their first year in the tournament. 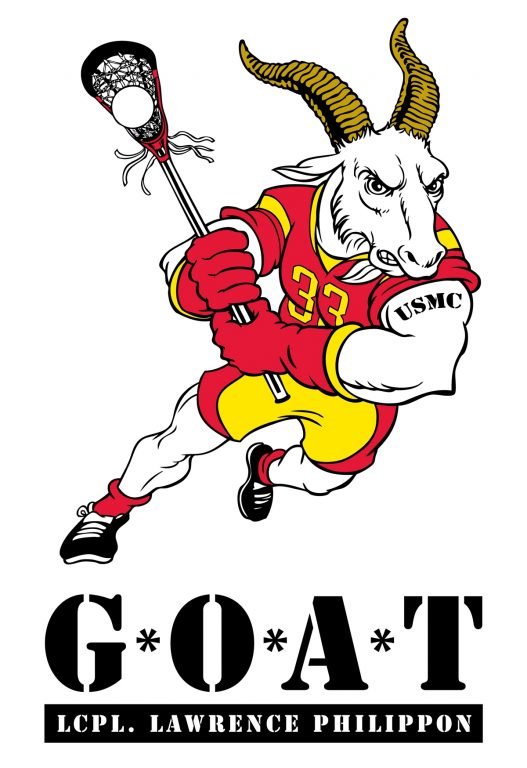 GOAT has created a legacy that has rippled throughout Conard lacrosse alumni and the lacrosse community, attracting high level college lacrosse players and highly-sought-after uniforms and shooting shirts. “We were thrilled to have the opportunity to work with the GOAT family this year. It’s an honor to be able to outfit a team carrying on the legacy of such a great man. No other team plays with as much class and passion as GOAT. The fact that they are doing it in our gear is awesome!” said Kyle Savage of Savage Teamwear.

The game jerseys were emblazoned with no. 33 in honor of Larry’s retired number with the classic Conard Lacrosse diamond shorts to celebrate the 10-year anniversary. “It is good to hear fans say ‘Good job 33’ as all the team wears the same number in his honor,” says Michael Keating, owner of the Keating Agency. Keating is a former Conard Lacrosse player in the 70s, neighbor and friend of the Philippons, and recipient of the annual “Desk Swag” award for his support since year one of Team GOAT.

Spanning between 40-50 players each year, team GOAT proudly had players from Conard class of 2000 to 2016 that participated in this past tournament. Players who started playing the first year are now bringing their children to watch, and many players travel in from out of state.

As Ryan Shea, local firefighter, friend of Larry and former marine, said, “A big thank you to Brendan for bringing the team together every year. His dedication speaks volumes to those who have served and it shows the ones to come the way it should be.” 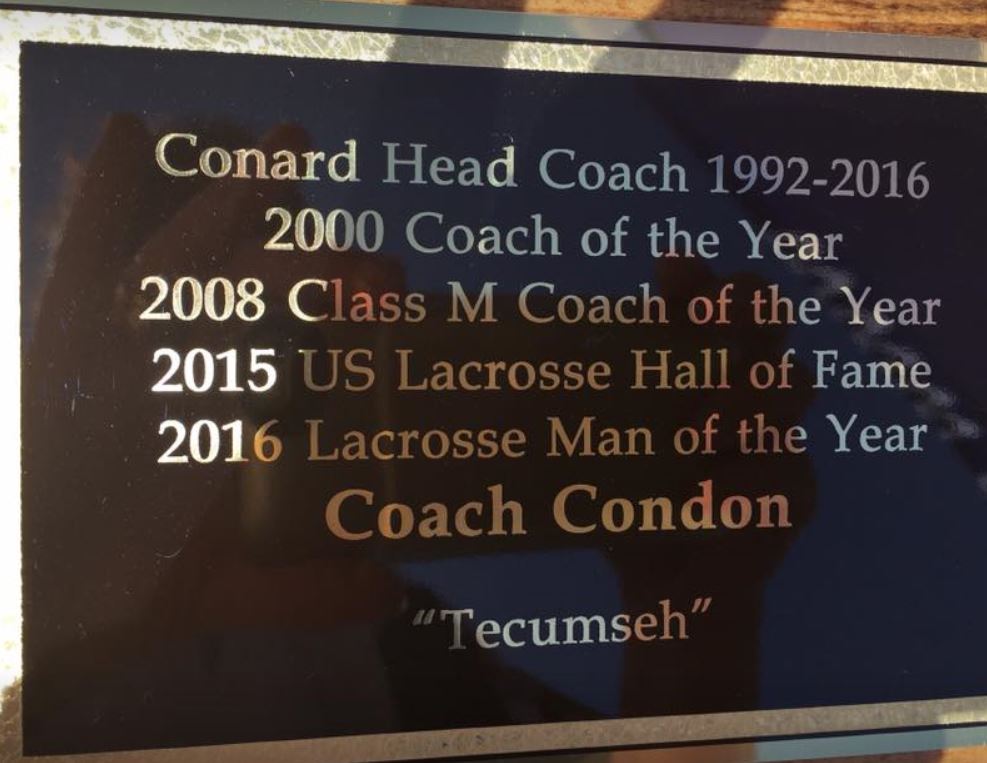 The annual weekend kicks off on Friday night with a pasta dinner, jersey distribution, and reunion at the home of former Conard lacrosse coach and 2015 US Lacrosse CT Hall of Fame inductee Bill Condon. “Team GOAT is so much more than just a lacrosse team playing in a tournament. It represents the camaraderie and tradition of a group that comes together to remember and honor an old friend. That group grows with each graduating class of Conard players as Larry’s legacy lives on. All of this is made possible by the continued support of Ray and Leesa Philippon, Brendan Frobel, and Mike Keating,” said Condon, who during the tournament could be found running up and down the sidelines, joking with the refs and motivating players.

Saturday starts early, with four games to be played starting around 8-9 a.m. Teams arrive at the field and stake claim with tents, lawn chairs, and coolers filled with water, Gatorade, and beer. Before the first game this year, Team GOAT players lined up to receive a set of dog tags from Ray and Leesa to wear in combat for the weekend. The team then plays four games with an hour break in between, it can be a long day.

Sunday is a win or lose situation. If you win out you play in three games. This past tournament GOAT took the first game but was up-ended by the championship team in the semi-finals.

Over the years many supporting parents and family members have stopped by to say hello and show support or spend the whole weekend. This year was a bit bittersweet as longtime friend, fan, and supporter David Gabriele’s presence was missed. Gabriele passed away in June at the age of 62. His son, Peter, played goalie with the heart and soul that would make any dad, and marine, proud. 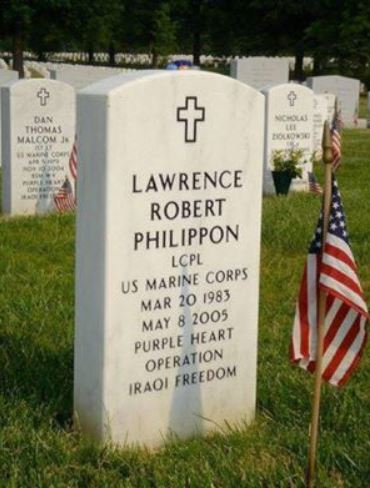 The Philippon family has also continued to honor their son’s memory with charitable causes, including the Lance Corporal Lawrence Philippon Dance and Fundraiser, held each February at the local Veterans of Foreign Wars (VFW) in West Hartford. The event raises funds for two scholarships — for a male and female lacrosse player — awarded in Philippon’s name at Conard and Hall high schools in town.

Another important charity that receives donations in Philippon’s honor is Operation Smile, an organization that Larry started funding back in the early 2000s. “This year our agency will donate on behalf of Team Goat $333.33 reflecting Larry’s Hockey & Lacrosse number to Operation Smile,” said Keating. Funds have been donated to the non-profit each year to provide free comprehensive medical treatments cross the globe to treat children with cleft lips, cleft palates, and other facial deformities.

“For Larry’s parents it’s an important reminder from his classmates, and the Conard alumni that Larry is gone, but truly not forgotten,” said Frobel.

Players who have played with Team GOAT over the last 10 years include: 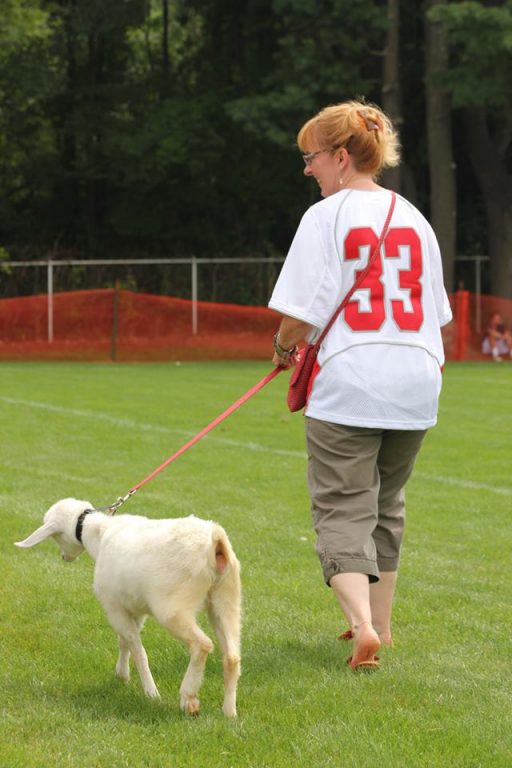 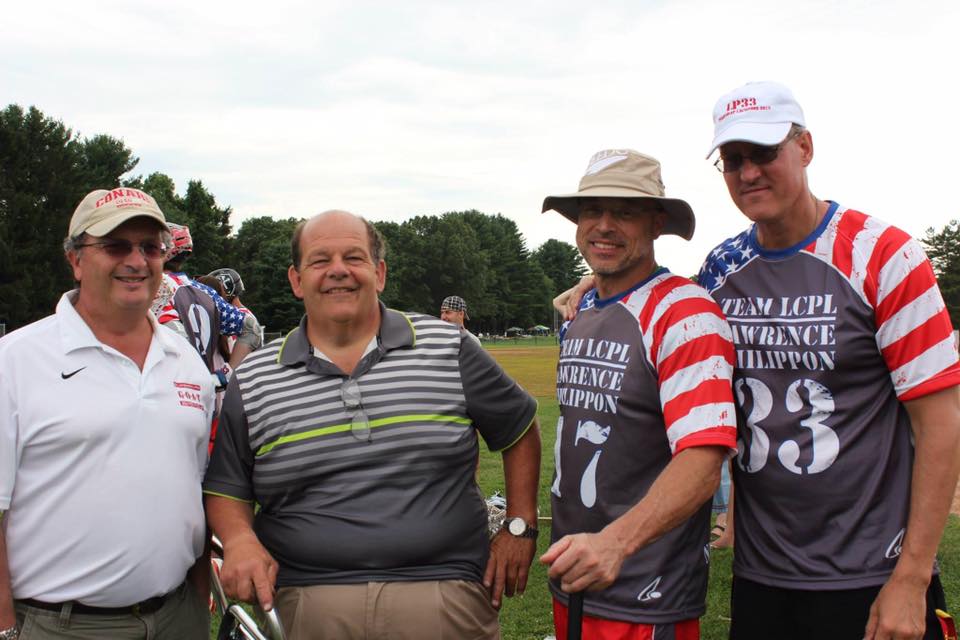 The mood was somewhat bittersweet this year as the presence of longtime supporter Dave Gabriele (second from left) was missed. He passed away in June. Courtesy photo 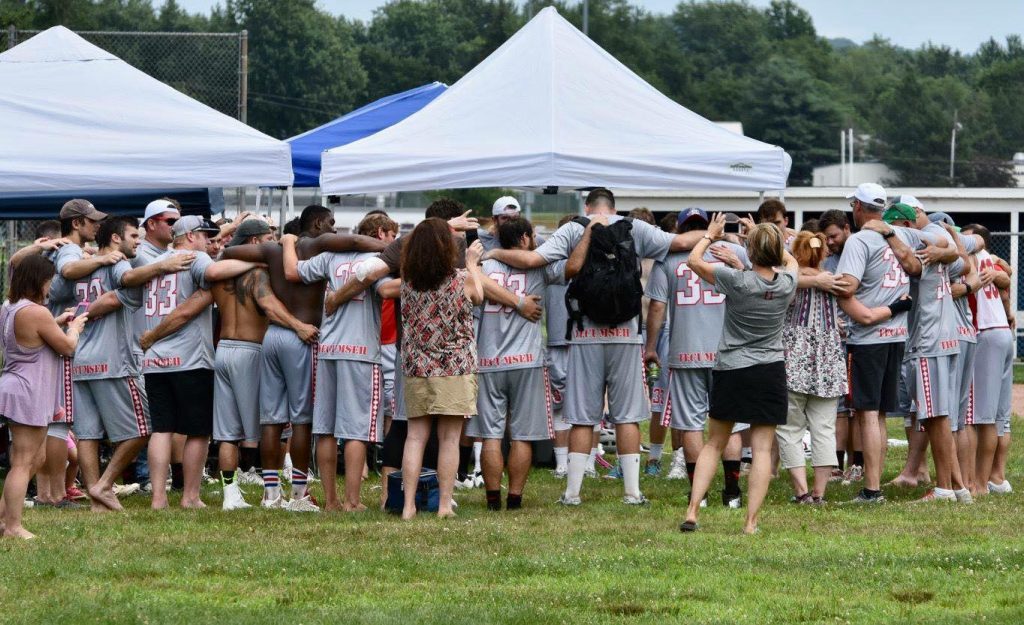 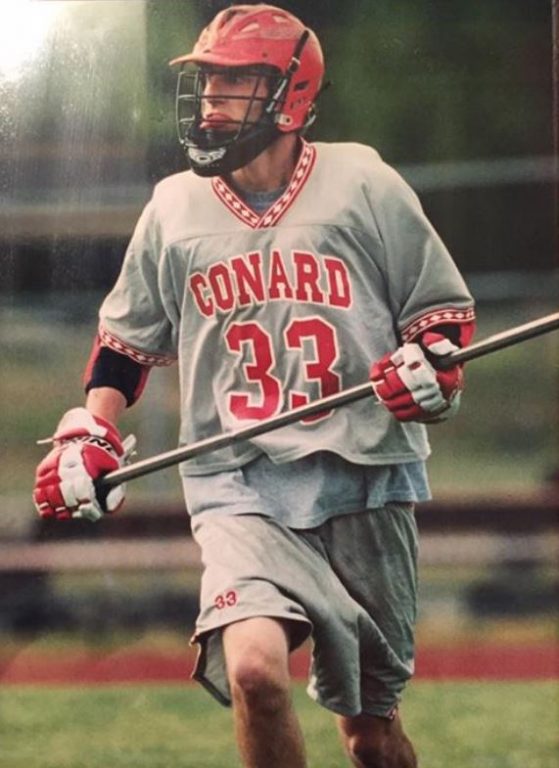 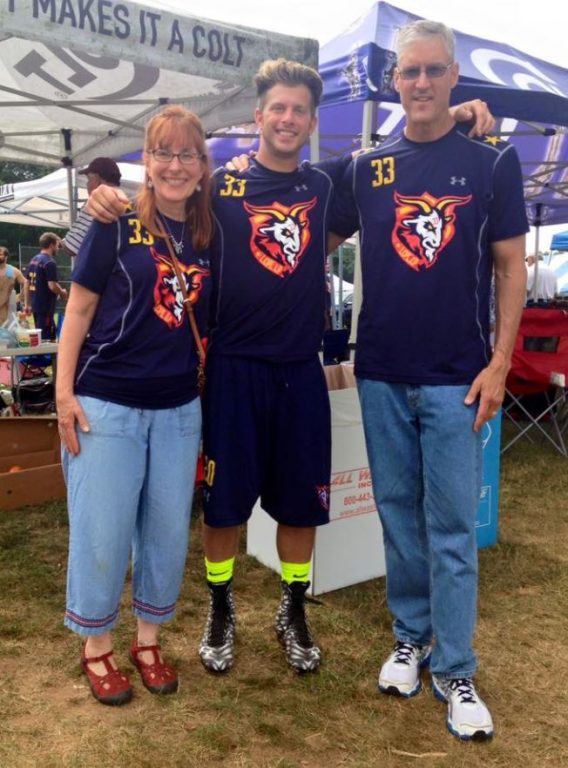 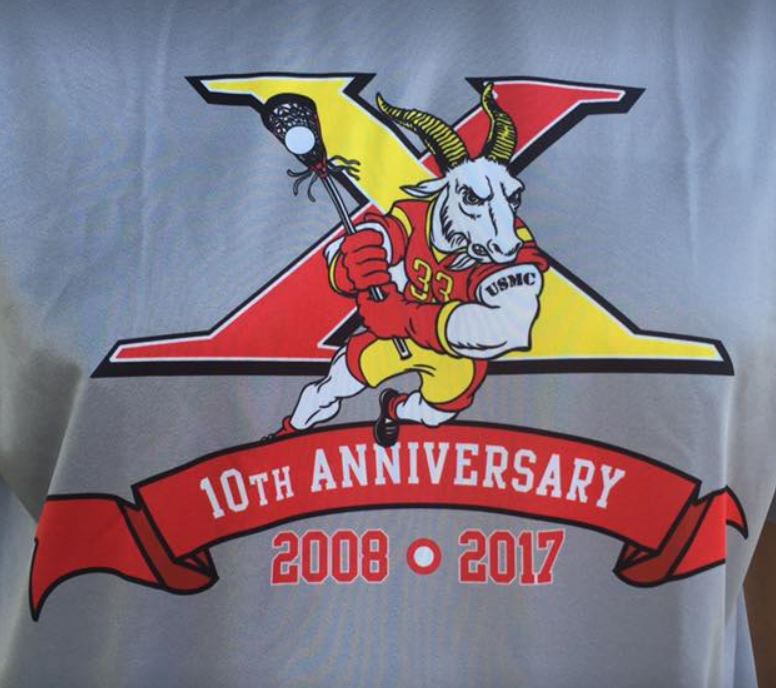 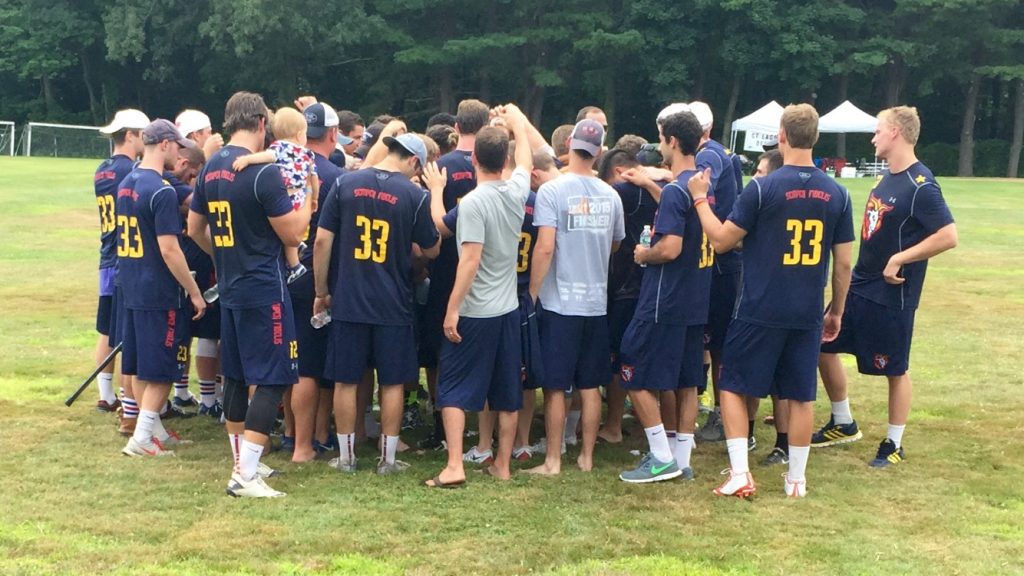 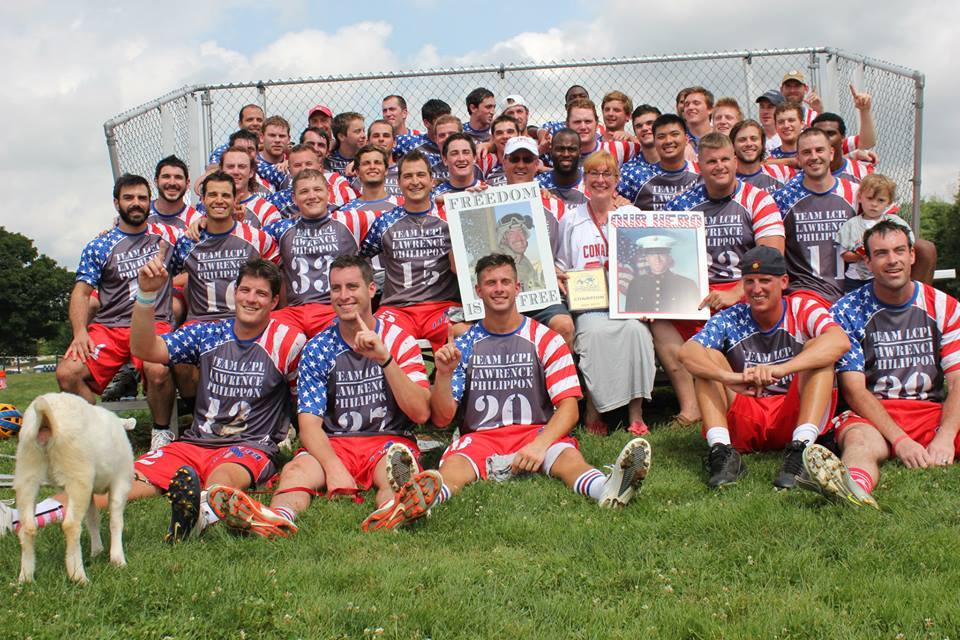 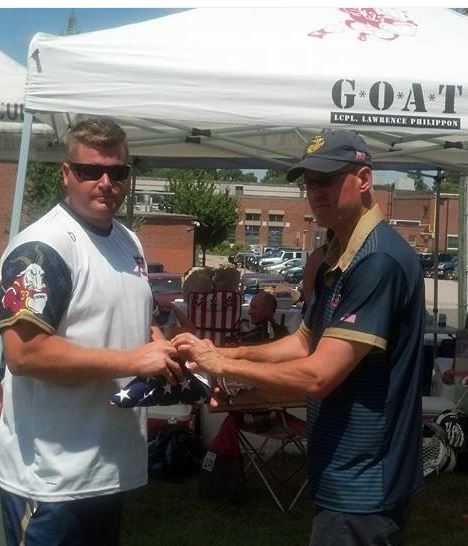 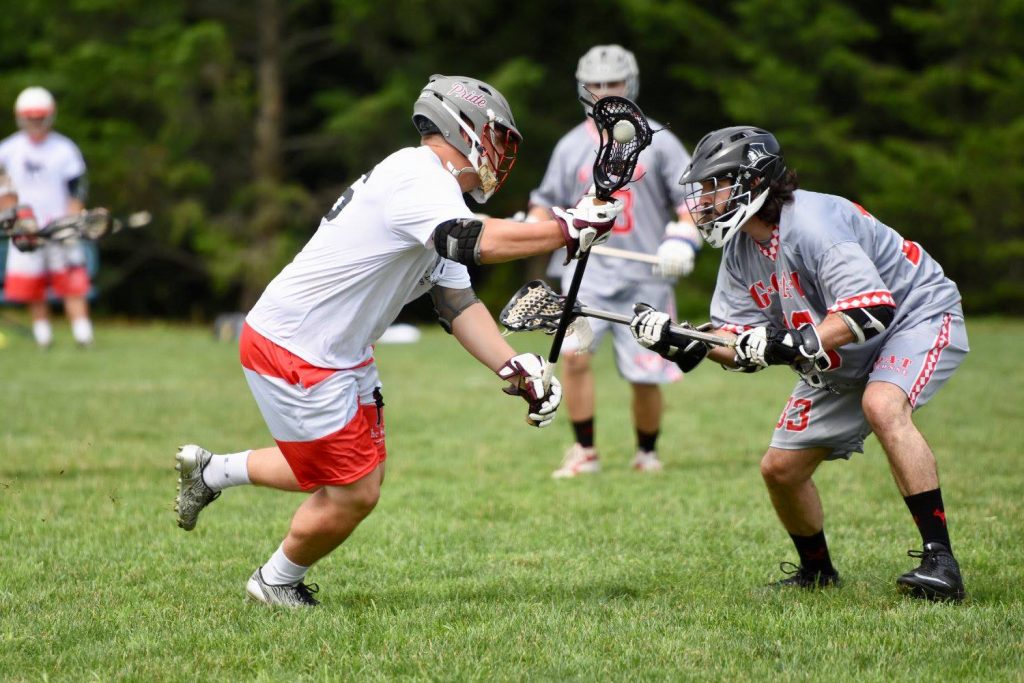 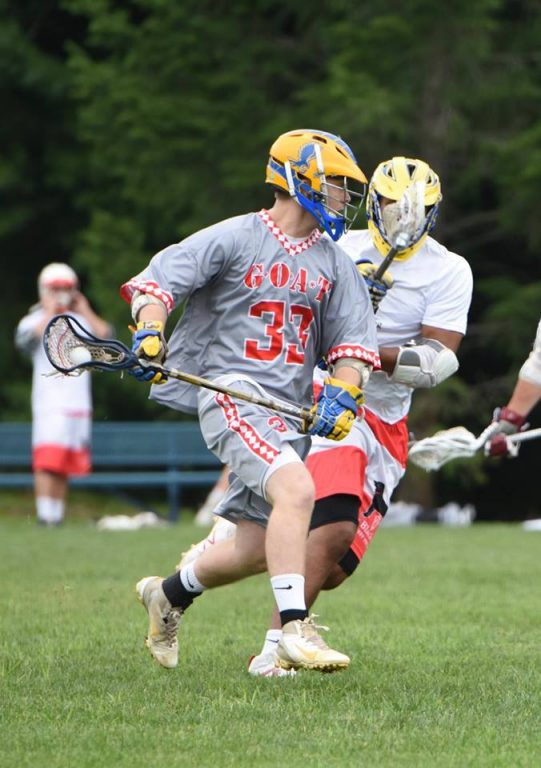 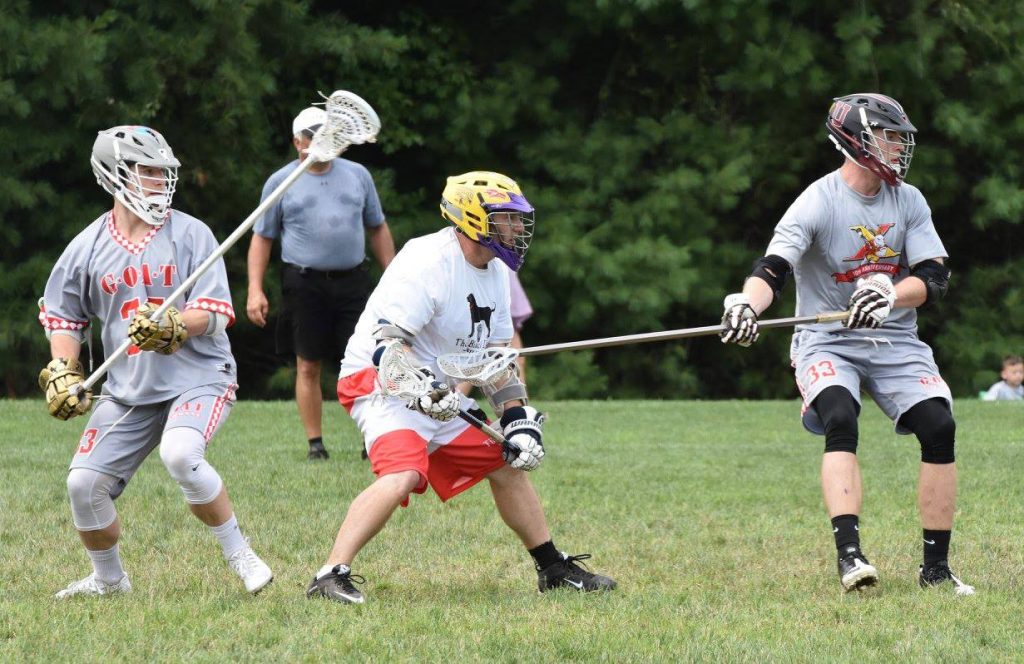