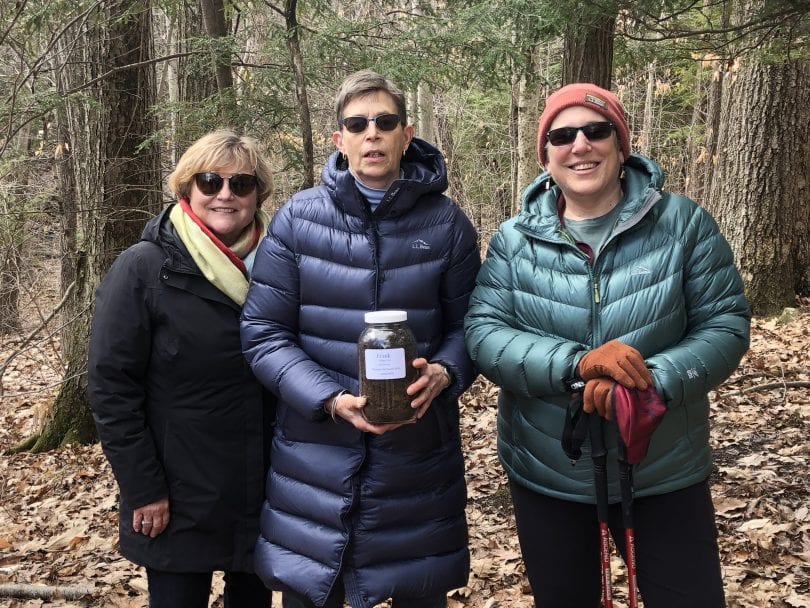 Members of the community who have been participating in a Witness Stones West Hartford class recently completed a hands-on project to commemorate the life of a former enslaved man named Frank. 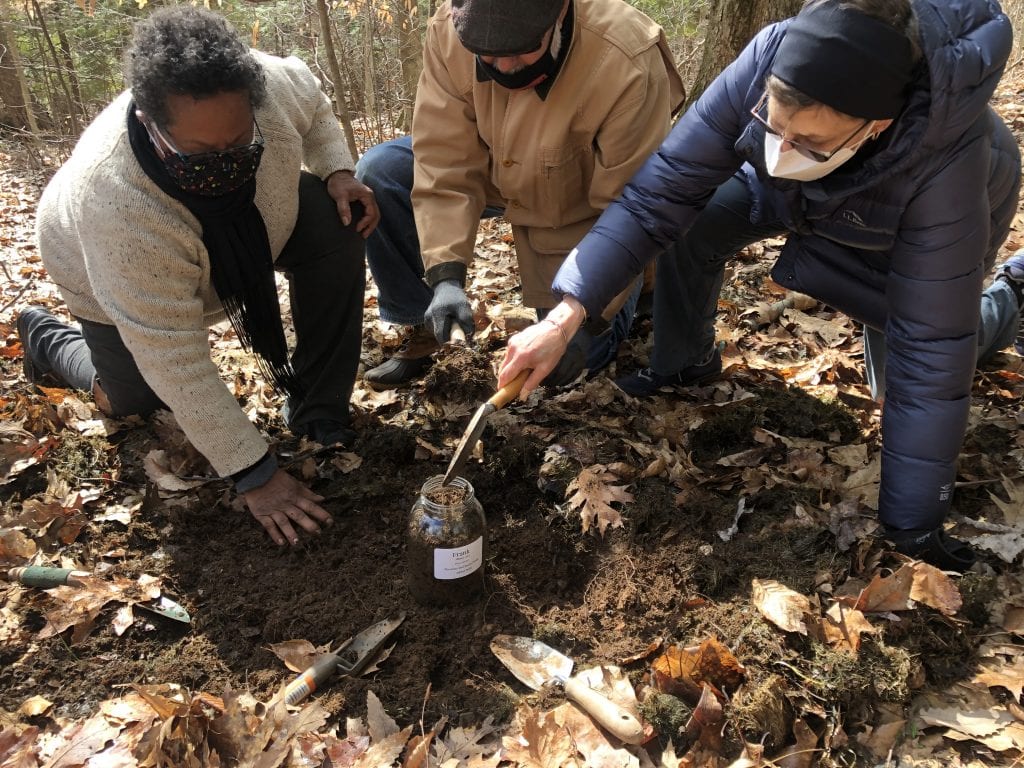 Participants in a Witness Stones class fill a jar with dirt from the ground where Frank was forced to work for his enslavers. Courtesy photo

On Monday, March 29, five members of the Community Witness Stones Class filled a jar with dirt from where Frank (c. 1730-1810) was forced to work by his enslavers. On Albany Avenue, in the woods west of Renbrook School, bordering on the reservoir, the group walked into the woods and dug in the ground, thinking about Frank’s captivity at the hands of Rachel and Ebenezer Welles and their son Ashbel.

“This is really an emotional experience for me,” reflected class member Gail Crockett.

The idea to fill the jars emanated from Bryan Stevenson’s Equal Justice Initiative project in Montgomery, Alabama, to collect soil at the sites where people were lynched. The display of these jars of soil in the Legacy Museum allows 21st century collectors and museum goers to connect possibly with the tears, sweat and blood that may be mingled with the soil. 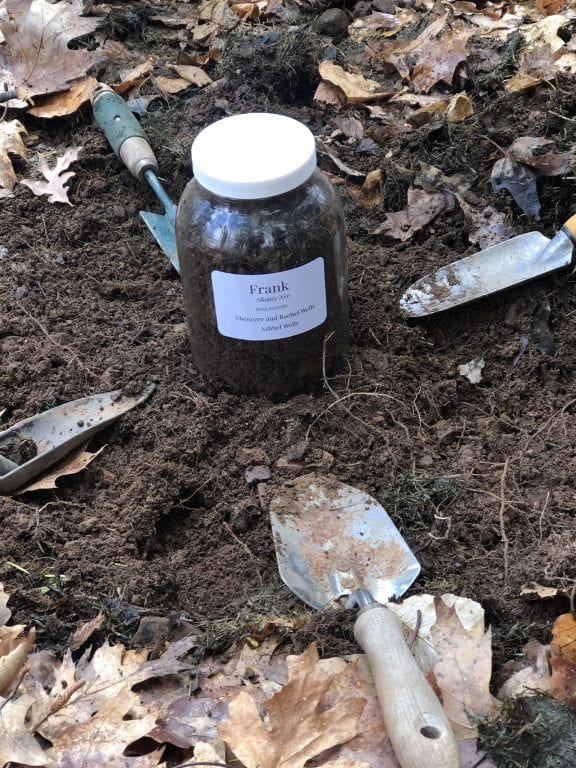 A jar has been filled with dirt dug from the ground where Frank, an enslaved individual in West Hartford, likely toiled. Courtesy photo

Monday’s collection was the culmination of a four-week class studying the history of slavery in the West Division of Hartford in the 18th century. The virtual class, offered by the Noah Webster House & West Hartford Historical Society, and led by Project Directors Dr. Tracey Wilson, Liz Devine, and Denise deMello, highlighted the story of Frank and established his role in building wealth in this town. This idea that enslaved people were founders of this town, “shifts our gaze” from the colonial history which often omits or downplays the role of slavery in colonial New England town.

One participant said, “I had no idea how much slavery there was in West Hartford. This has been an eye opener. Thank you!”

Students interpreted maps, inventories, church records, Connecticut Courant advertisements, and account books to develop the context of Frank’s life. Frank farmed, cared for cows and sheep, drove a plow, picked apples and made cider, felled trees and took them to Wells sawmill – at Wells Pond. Because the Wellses enslaved him, and then passed him down to the next generation, Frank had no chance to build any wealth of his own.

Liz, Denise, and I first found out about Frank through a church record which read:

In 1785, Frank had gotten his freedom and married a woman who was the daughter of a Black man and a white woman. They had two children together, both of whom died in childhood. His story then, is of a man built on the agency of getting his freedom, falling in love (we imagine), and living a more independent life in his later years.

Another community member, commenting on the power of local history, reflected: “These classes have completely changed the way I see this town. I live very close to the area we have been learning about. And I now can quite literally see a Black community that lived here, families walking past where I live, maybe on their way to church. And realizing that they built this town. The names we see on schools and parks (the “founding” families) are only a very small part of the picture. There is so much more.”

The main focus of the Witness Stones project is working with eighth graders at the public schools to inspire the students to amplify the story of one individual who was enslaved here. Students are encouraged to become civically engaged by telling the story.

This school year, students have asked the Town Council to change the name of New Street in Blue Back Square to be named for an enslaved person. They have designed historical signs to erect in town, and have portrayed the stories through visual art, poetry and song. You can see some of these expressions in the Noah Webster House window next to the library in Blue Back Square.

As one participant expressed, “I am most impressed that you are not only educating the students but then encouraging them to use their new found knowledge to make a change in their town!!” 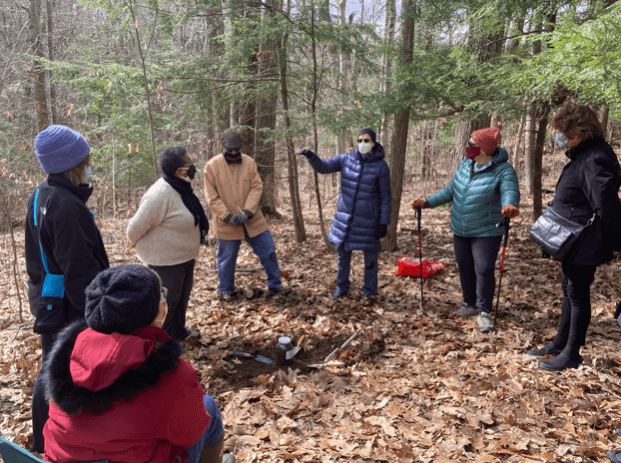 On Tuesday April 6, from 4:30-5:30 p.m., a new four-week Witness Stones class will start to study Ransom and Cloe. The classes are free, with a voluntary donation to the NWH, and we encourage you to be part of the movement to honor and commemorate those whose names have been lost to history.

More details can also be found on the PDF below.