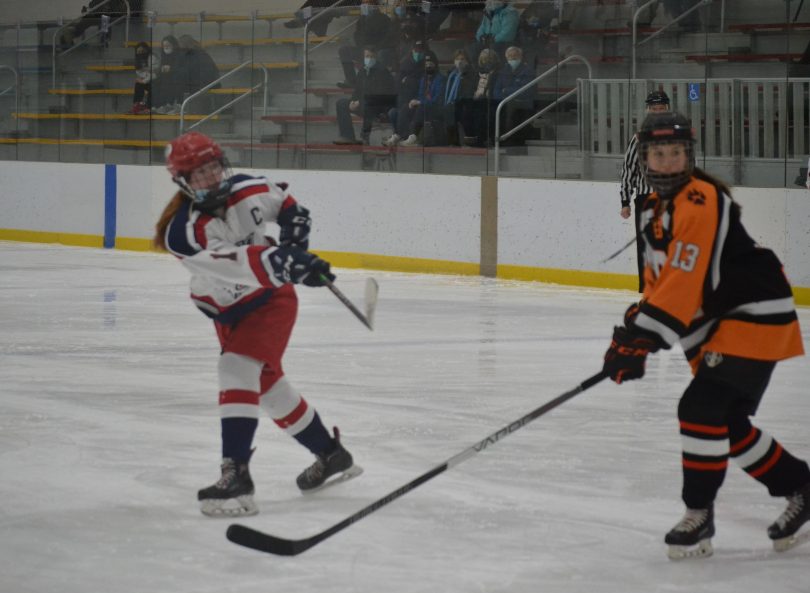 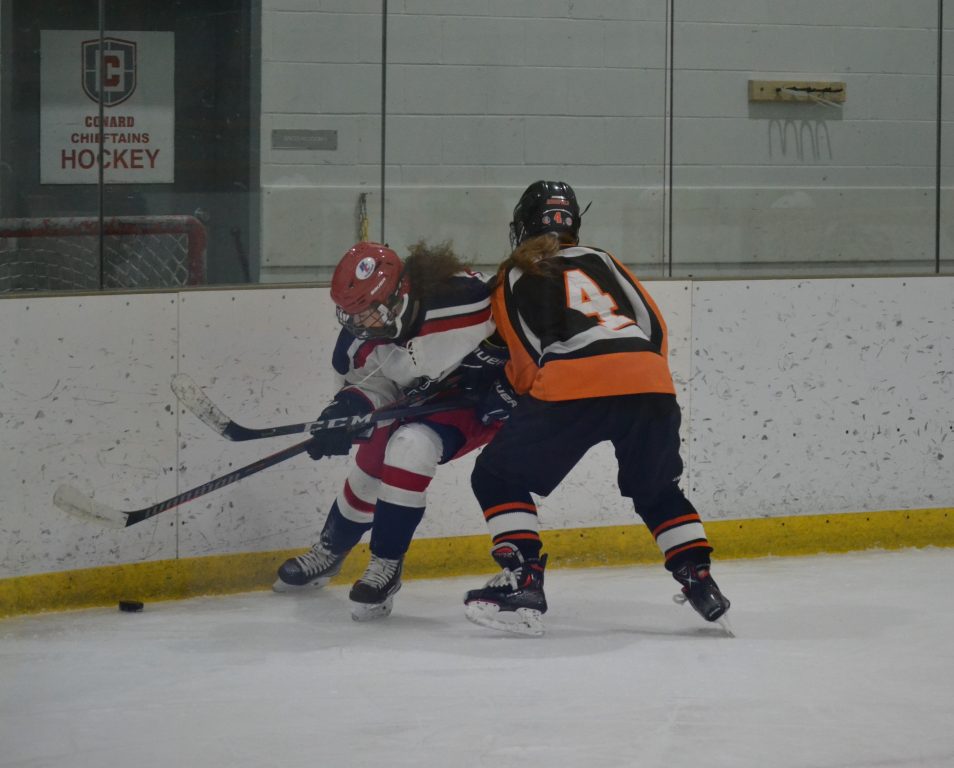 It’s the time of the girl’s hockey season where teams either start to come together or fall apart. For the Hall-Conard WarChiefs there is extra pressure as they are playing four games in five days and trying to stay hot.

“We’ve embraced it as a challenge. The kids seem to love it,” said head coach Brett Soucy of the schedule after Monday’s 7-2 win over Ridgefield. His team has won three of the first four in this stretch and did all the things it needed to do to secure Monday’s win. “We’ve been on a marathon of games with COVID forcing games to be rescheduled,” said Soucy.

The WarChiefs jumped out to a quick 1-0 lead just three minutes into the game when leading scorer Bridget McGann’s backhander found the back of the net. For the next five minutes the hosts applied all kinds of pressure to Ridgefield’s defense only to have goalie Isabella Crowley deny them. The Tigers evened things up when Sophia Bianco’s shot from the left side beat goalie Sofia Levesque to tie it. 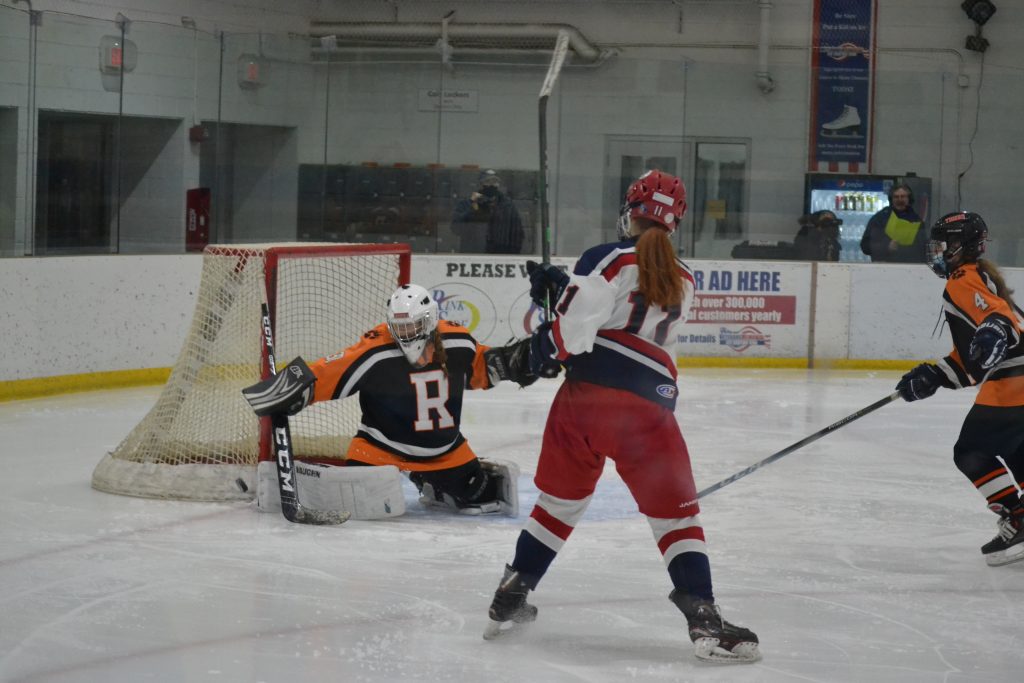 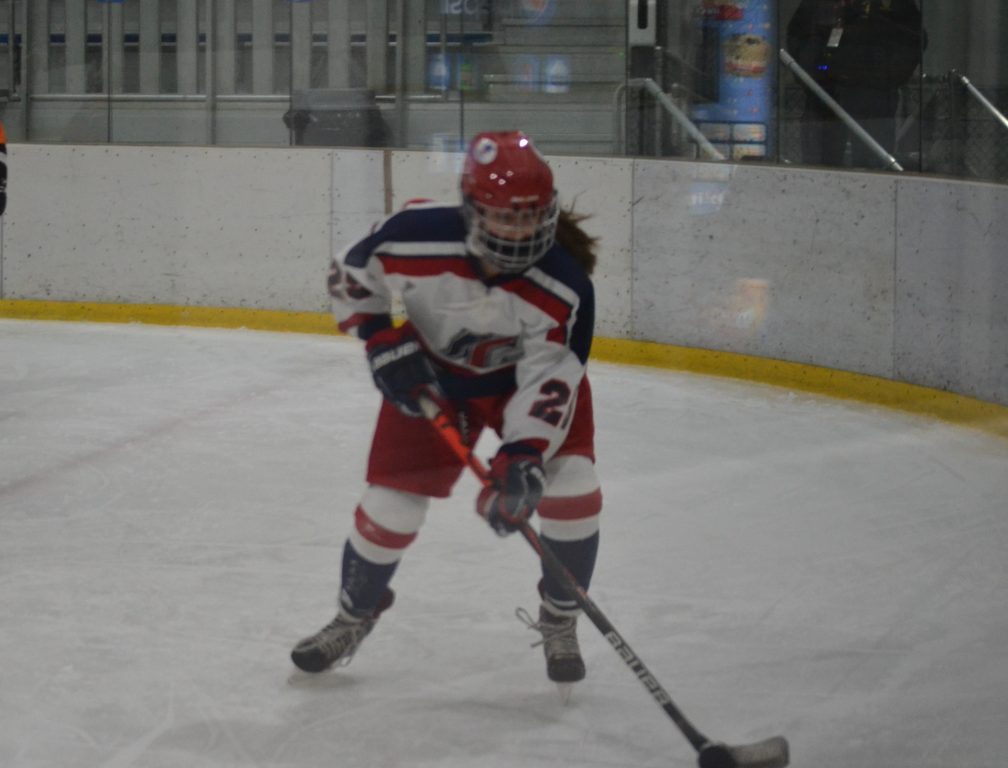 Two minutes later it was McGann scoring on a strong solo effort. The team’s leading scorer took the puck along the right side, held off a defender as she cut to the net, and then went top shelf with her second of the game and 15th goal of the season. One minute later Maggie Samela – who had a strong game – knocked in a rebound from a point shot for her ninth goal of the season and the lead was 4-1. 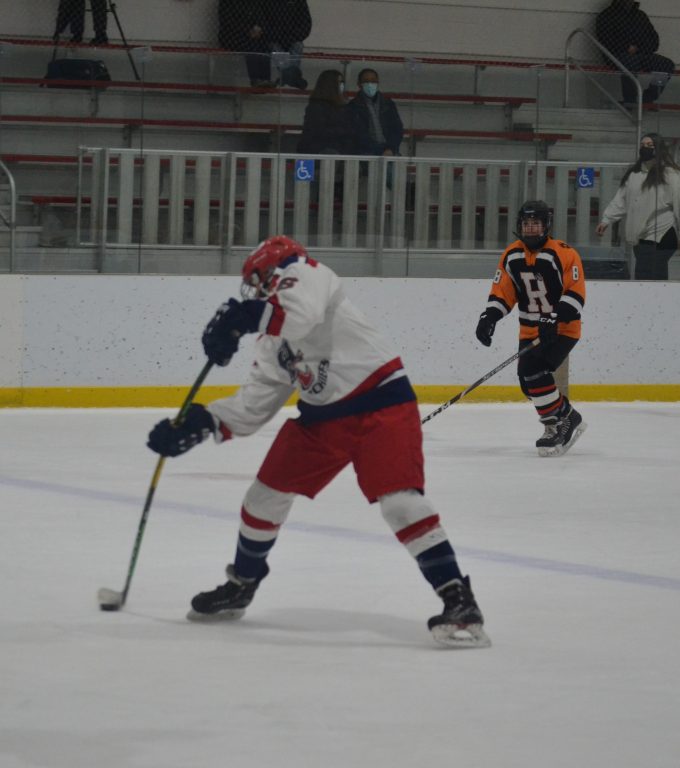 “She’s only a freshman,” the coach said of Samela. “ She is doing a lot all season and works very hard with a great attitude.”

Hall-Conard would find itself on a power play less than two minutes into the second period and Grace Cho scored with the advantage to go to 5-1. Senior Anna Haubrich scored a hustle goal for the hosts two and a half minutes later. With the WarChiefs applying pressure, Haubrich took the puck off the stick of a Tigers defender, made one move, and went high stick side for the 6-1 lead. She would also score the teams seventh and final goal while her team was short-handed when she tucked in a shot on the low right side. 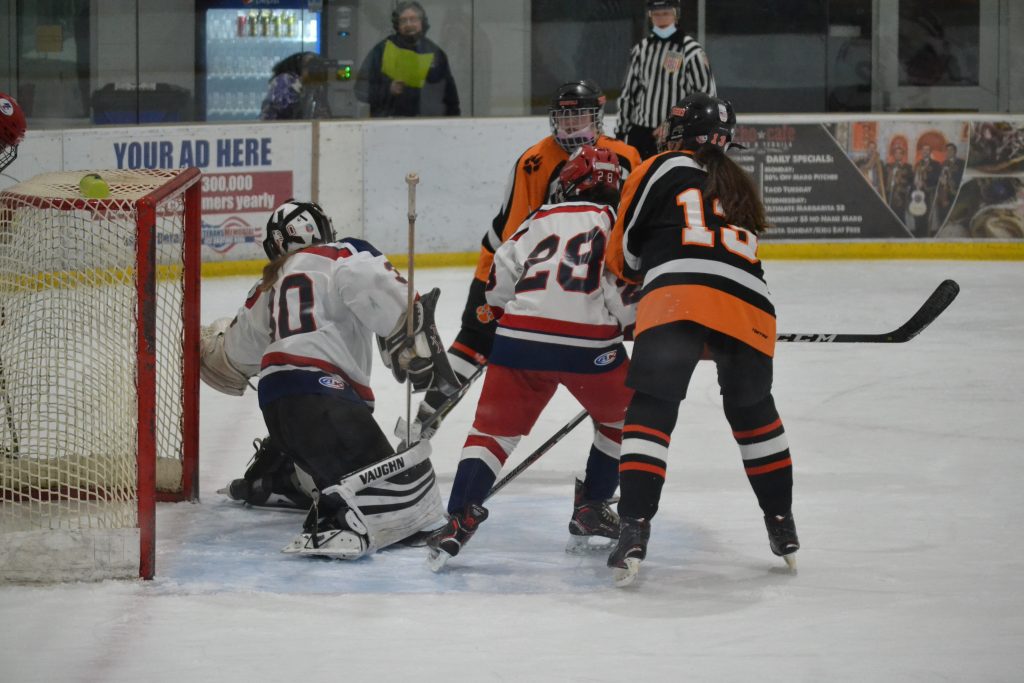 Ridgefield had a chance to pick up some points midway through the final period when they held a 5-on-3 advantage. Levesque would make a solid glove save and hold onto the rebound off a faceoff, but the pressure by Ridgefield would pay off for them when they scored with 54 seconds to go on the second penalty.

Hall-Conard had the better of the shots in the game, 27-11, including a 12-4 advantage in the first. “I like where we are right now,” Soucy said of his team. “Our goal is to get better each day, and peak when the playoffs come.”