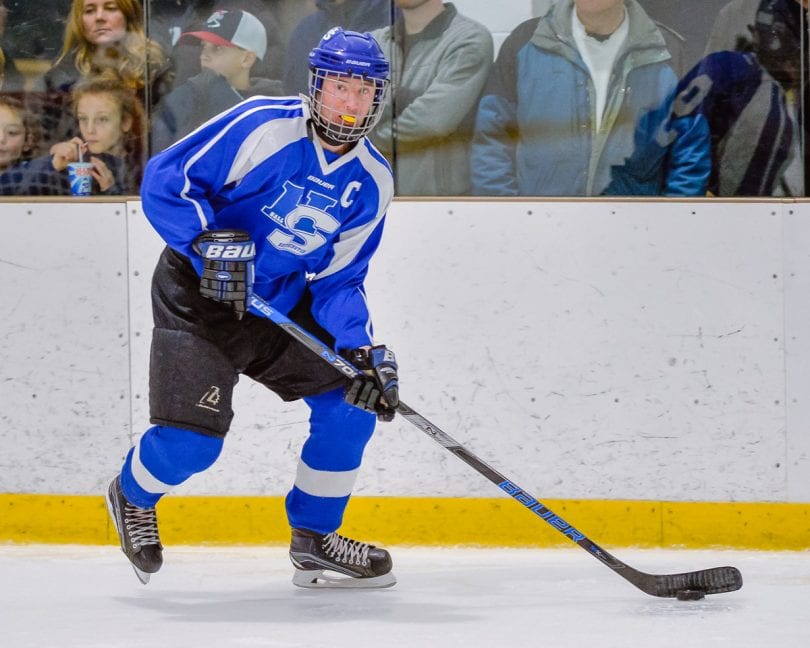 West Hartford’s athletic director said that students on the Hall-Southington hockey team are playing the rest of their season in honor of Drew Booth, their captain who was seriously injured on Saturday.

Hockey players throughout West Hartford and the region are rallying in support of Drew Booth, captain of the Hall-Southington hockey team who sustained serious facial injuries in a game against crosstown rival Conard High School on Feb. 24.

Booth, a senior at Hall High School in West Hartford, reportedly underwent neurosurgery on Monday, a six-hour procedure for treatment of injuries that according to reports on the Hall-Southington Hockey Twitter account included fractured eye sockets on both sides and a broken nose.

“The prognosis is very good, considering the extent of the surgery,” Siegal reported.

He said that Booth is now out of the ICU, and the focus is on managing the pain and nausea that he is experiencing.

Although Booth’s recovery from what was major surgery is expected to be “long and hard,” Siegal said, the positive news is that “they don’t expect any longterm neurological effects.”

Siegal said that the family is hopeful that Booth will be released from the hospital and return home at the end of this week, and that he was told everything is progressing positively.

“The kids are trying to rally around him, in support of him, and play good hockey,” Siegal said.

A GoFundMe campaign was launched Wednesday, raising funds for a scholarship fund for Booth. The campaign’s goal is $10,000, and in less than an hour $1,050 had been raised. Click here for details or to donate.

Siegal said he could not comment on any disciplinary actions, if any were to be taken against a Conard player as a result of the hit that caused the injury to Booth.

“I am in constant contact with [Conard] Principal Duarte and the coach, and any appropriate measures that need to be made will be made,” Siegal said. “We’re reviewing the situation and we’re not in the business of making any rash decisions.”

Siegal said that the Conard player involved and his parents have reached out to Booth’s family.

Conard hockey (10-8-1) will end the regular season at home, hosting East Catholic on Wednesday at 7:30 p.m. at Veterans Memorial Rink, and Hall will host E.O. Smith-Tolland on Thursday, March 1, at 4 p.m. at Veterans, in the first round of the CCC South tournament.

“We have told them we want them to finish up the season in a positive way,” Siegal said.