West Hartford’s 2019 Grand List, which reflects the value of real property, business personal property, and motor vehicles as of Oct. 1, 2o19, increased 0.82% over the previous year.

The 2018 Grand List submitted to Town Manager Matt Hart Thursday by Director of Assessments Joseph Dakers shows a significant increase in personal property and motor vehicles, and increases in real property as well.

According to Dakers, the overall Grand List increase is 0.82%, which is the highest increase in the past decade in a non-revaluation year.

“This is very good news,” Hart told We-Ha.com. “It’s an indicator of how our community remains a very attractive place for investment on the commercial as well as retail side.”

The overall increase was about twice as much as last year, Hart said.

“I’m pretty pleased about this,” Hart said. “Its a testament to West Hartford’s draw and attractiveness,” as the town continues to attract new and expanding businesses as well as continued residential investment.

The Personal Property list increased by $5,866,459 or 2.9% according to Dakers. A net increase of 17 new businesses, as well as completed business personal property audits and investments in capital equipment by existing business led to the change.

The Grand List is just one component of the town’s budget – the first step in the process of determining the mill rate for the upcoming fiscal year. The current mill rate is 41.8 mills for real and personal property as well as for motor vehicles.

The 0.82 percent increase in Grand List, based on the existing mill rate, would generate $2,175,115 in additional tax revenue, Hart said.

The town’s next revaluation will take place during FY22, reflecting the value of the Grand List as of Oct. 1, 2021, Hart said. 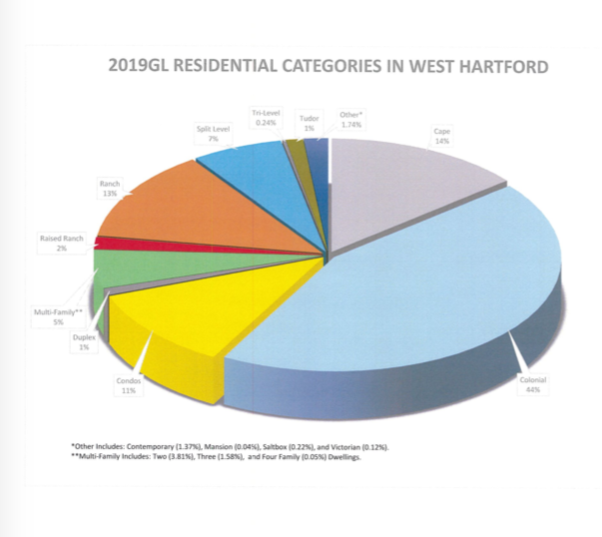 Courtesy of Town of West Hartford