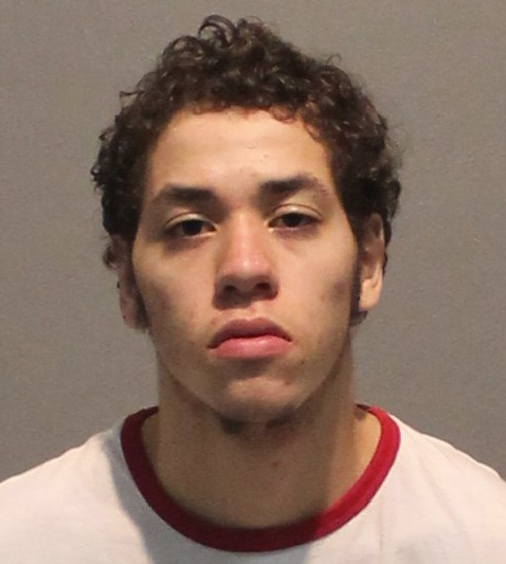 A 19-year-old remains in custody on a slew of offenses and two juveniles were also charged in the incident.

Police apprehended three suspects after responding to a report of a car that had been driven through a fence and into a West Hartford backyard where it became stuck.

According to West Hartford Police, officers responded at 4:44 a.m. on Dec. 27 to a report of a 2018 Audi A5 that had been stolen from a Fern Street home.

Police found the vehicle, which reportedly had been left unlocked, stuck in a backyard after suspects had crashed through a fence.

The vehicle was unoccupied but officers located three suspects – 19-year-old Mickey Lee Quinones of Hartford and two juvenile males – on nearby Cumberland Road. The three were found in possession of items reported stolen from other vehicles in the area.

A Connecticut State Police K-9 team also responded, and successfully tracked the suspects from the scene of the crashed car to Cumberland Road, connecting the three to that incident as well.

Quinones was arrested and faces multiple charges in connection with the stolen car and other burglaries. Charges include first-degree larceny, four counts of third-degree burglary, attempt to commit assault on a public safety officer, two counts of third-degree criminal mischief, possession of a controlled substance, interfering with an officer/resisting arrest, second-degree criminal trover, three counts of sixth-degree larceny, and several charges of conspiracy to commit a variety of offenses.

Quinones remains in custody with bond set at $50,000, according to online court records, and is due back in court on Jan. 22 to face charges in connection with the Dec. 27 arrest.

He was also arrested by West Hartford Police on Dec. 24 and charged with fifth-degree larceny in connection with a Nov. 27. incident. He had been released on $750 surety bond and is scheduled to be arraigned in that case on Jan. 8 online court records show.

According to online court records, Quinones was previously convicted of fourth-degree larceny for a January 2019 incident and received a one-year suspended sentence. He has also been charged with violation of his conditional discharge.

The two juveniles apprehended by police along with Quinones on Dec. 27 were issued summonses in connection with the burglaries and were released to parents/guardians, police said.

Police said their investigation is continuing and further charges may be made.

West Hartford Police have been using a daily #9PMRoutine campaign on social media in an effort to remind visitors to lock their cars and safeguard valuables to avoid theft.