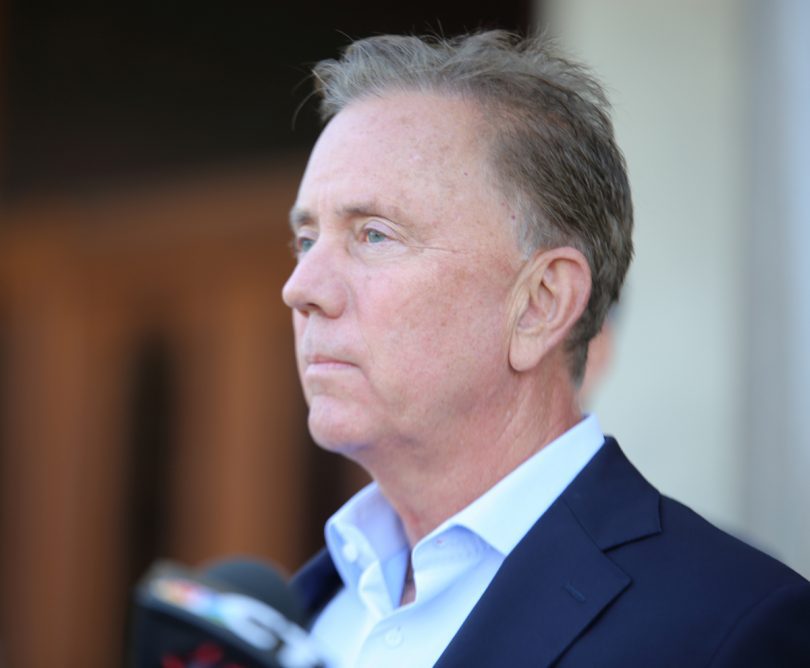 Gov. Ned Lamont and the administration will plan to place deliberately non-compliant workers on unpaid leave beginning Friday, but said many workers were inadvertently out of compliance due to incomplete submissions.

The Departments of Education and Correction had the most employees out of compliance with state COVID vaccine requirements Thursday as Gov. Ned Lamont’s administration prepared to begin placing non-compliant workers on unpaid leave.

The Correction Department, the state agency with the most employees, had the lowest percentage of workers fully vaccinated. About 57% of the department’s 5,290 had reported being vaccinated while about 41% had opted for weekly testing.

The Department of Economic and Community Development, a relatively small agency with 103 employees, had the highest percent of non-compliant workers at 4.9%. Several smaller agencies reported 100% compliance, the largest of which was the Office of the Attorney General with 296 employees.

The administration said many workers were inadvertently out of compliance due to incomplete submissions. The governor said his administration planned to begin placing deliberately non-compliant workers on unpaid leave beginning Friday.

“At some point we’ve got to hold people accountable if they’re not responding and we’ll start doing that tomorrow,” Lamont said.

During a remote press conference, the governor told reporters that workers placed on leave will not qualify for unemployment payments and it’s possible that some will not have jobs to return to if they stay on unpaid leave longer than 45 days.

“My understanding is it’s unpaid leave for 45 days, after which it’s sort of a ‘voluntary termination,’” Lamont said. “Maybe that’s not quite the right word but we have to fill your job so when we’ve filled your job, it’s not guaranteed when you come back.”

The administration has been actively negotiating the mandate’s implementation with the State Employee Bargaining Agent Coalition, which last week called for Lamont to delay its deadline for another 20 days. During a remote press conference Tuesday, Rob Baril, president of District 1199 New England, SEIU, said the order threatened to exacerbate staffing shortages especially in the health care facilities where workers do not have the option of choosing weekly testing.

“The idea of folks who have not been vaccinated being removed from the workforce at a time when staffing is already at crisis levels, we think is frankly an idea that potentially could lead to disastrous outcomes,” Baril said.

Although negotiations with the union coalition are ongoing, the governor said he expects to soon announce that the state would cover the cost of COVID testing for employees who opt against vaccination for longer than four weeks, as had previously been announced.

Lamont said employees who take the testing route will be expected to stay current.