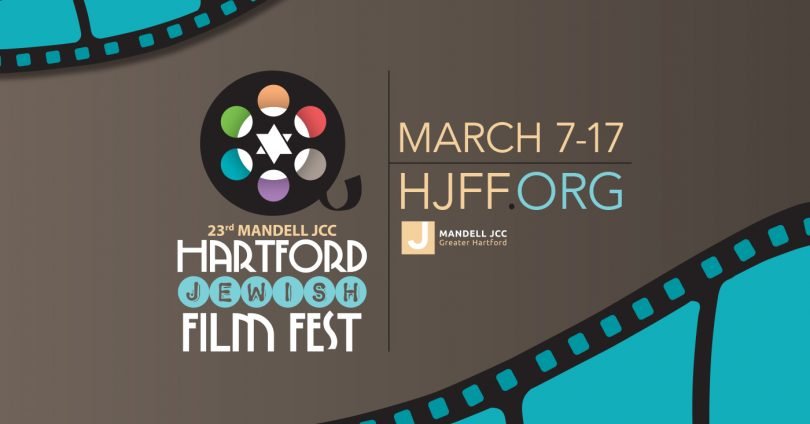 The 23nd annual Mandell JCC Hartford Jewish Film Festival is excited to announce its official lineup for this year’s festival, which opens March 7t and runs through March 17, 2019.

From the true story about two Jewish brothers who escape from Nazi occupied France during World War II, a documentary about Boston Red Sox Catcher Moe Berg who became a World War II spy, and a story that introduces us to a father struggling to revisit his secular past while on a journey to save his ailing daughter, this year’s film festival features an eclectic and compelling collection of feature films, documentaries and short films that will stir emotion, inspire extraordinary conversations, and provide us with endless opportunities to learn.

“It is such a privilege to curate a festival with the most thought provoking films,” says Jill Ziplow, Mandell JCC Cultural Arts Director. “The themes explored throughout the festival are universal, and at a time that is so divisive, we have an incredible opportunity to encourage deeper discussions.”

The Hartford Jewish Film Festival will open on Thursday, March 7 with audience award winner, A Bag of Marbles, a moving tale of courage and the desire for freedom, based on the true-life story of the bond between two brothers from a Jewish family during the WWII. The film will be followed by a dessert reception.

Closing night of the Festival, which will also include a dessert reception, will feature Who Will Write Our History? on Sunday, March 17 at 7 p.m. at the Mandell JCC. An unearthed archive of eyewitness accounts from the Warsaw ghetto forms the basis of this documentary about a group of spiritual resistors who risked their lives so that the truth would survive, even if they did not. The film is based on the book by Trinity College Professor, Dr. Samuel Kassow whose daughter, Serena, appears in the film.

There will be a post film discussion, “Lessons from the Holocaust” with Dr. Kassow and writer, director, and producer, Roberta Grossman.

“The Hartford Jewish Film Festival really has become an anticipated cultural tradition for our community,” says David Jacobs, Executive Director of the Mandell JCC. “Each year our film festival committee works tirelessly to bring the best of Jewish film to the Greater Hartford community, and every year they exceed our expectations.”

Special events during the Festival include a “pre-screening dinner” prior to the screening of Remember Baghdad on Monday, March 11 at the Mandell JCC. On Saturday, March 16, following the Connecticut premiere of Standing Up, there will be a live comedy performance with Linda Belt and two of New England’s funniest aspiring comedians, Kathryn Gironimi and Dylan J. Uscher.

The additional films and shorts being screened at the 2019 Mandell JCC Hartford Jewish Film Festival include: The Catcher was a Spy, Why the Jews?, Winter Hunt, Prosecuting Evil, Redemption, Shoelaces, The Samuel Project, The Other Story, 93Queen, Working Woman, The Last Suit, GI Jews: Jewish Americans in WWII, The Dive, and The Twinning Reaction.

Ticket prices range from $12 advance purchase/$15 at the door for most films. To purchase tickets, visit www.hjff.org. For more information on the films being featured, contact Jill Ziplow, the Mandell JCC Cultural Arts Director and HJFF Director, [email protected].