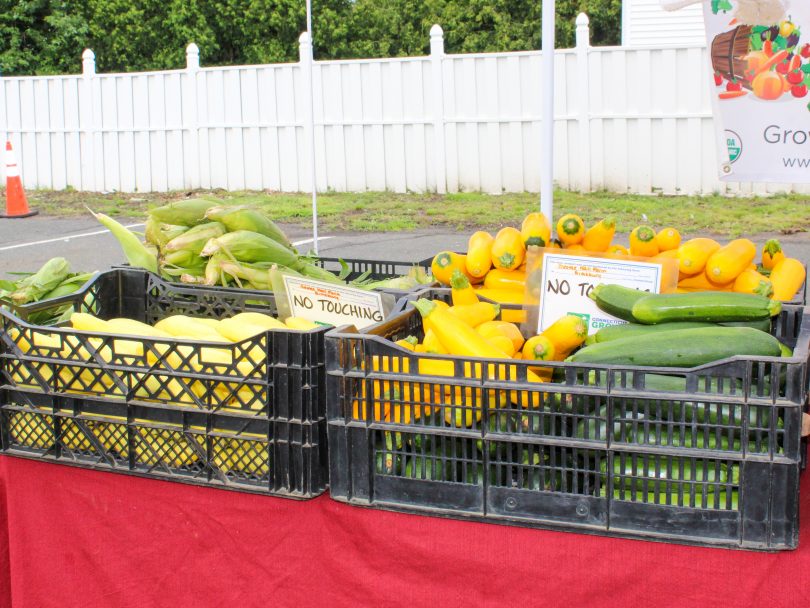 At the corner of LaSalle Road and Arapahoe Road, the West Hartford Farmers’ Market has been enjoying a success season, despite the persistent rain. 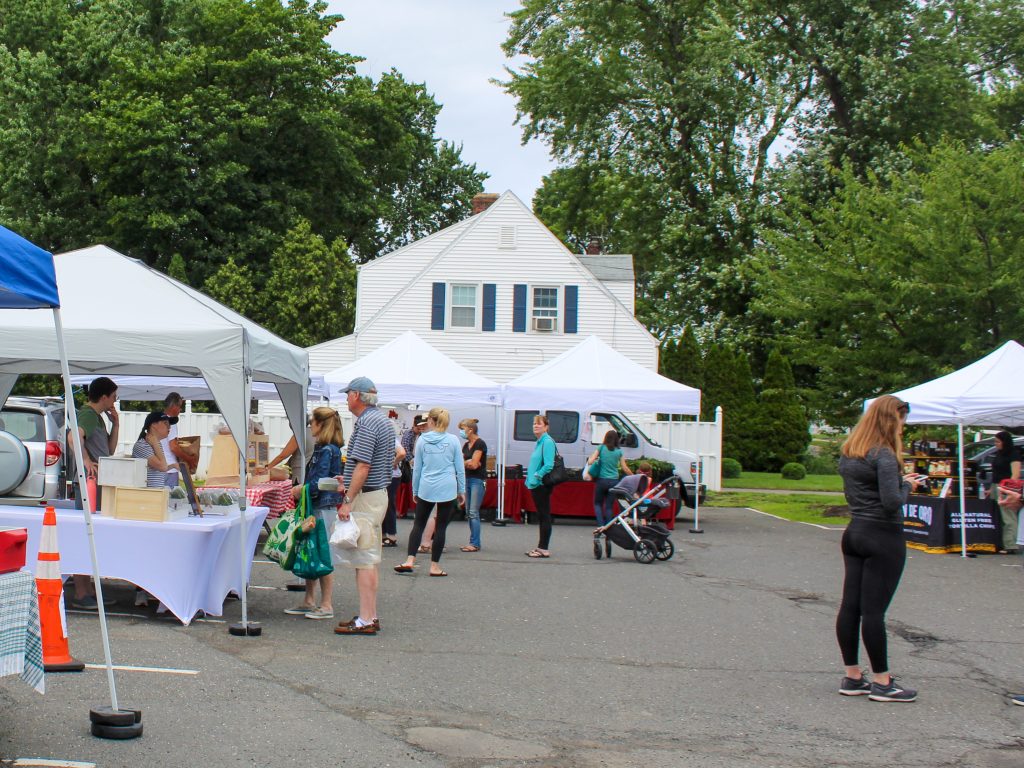 The West Hartford Farmers’ Market is thriving, even at 9 o’clock in the morning on a rainy Saturday. 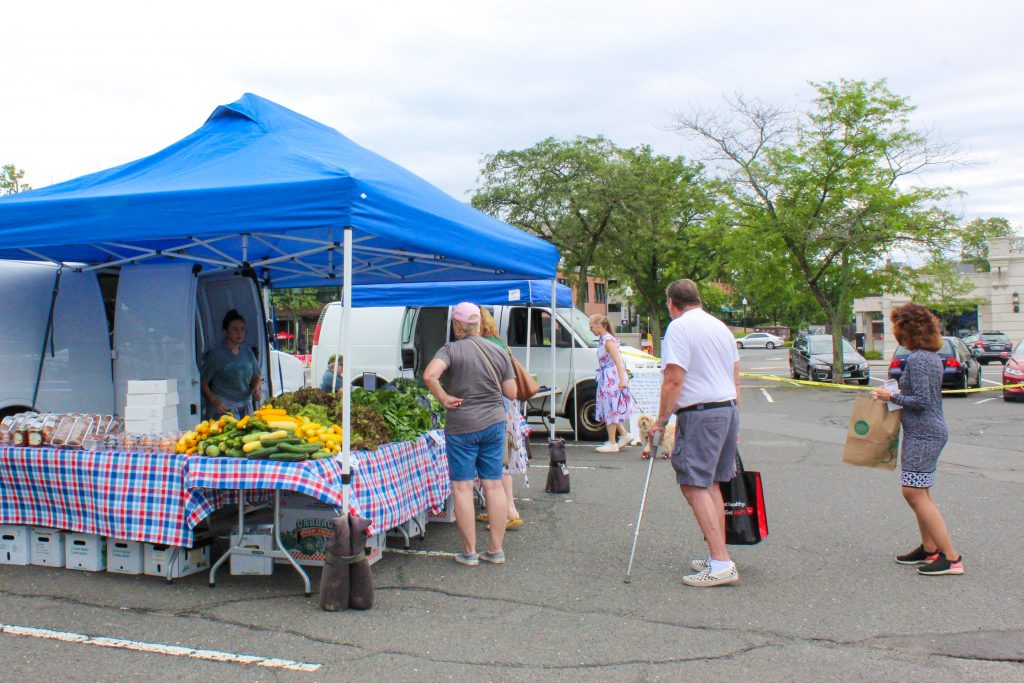 This summer, there is no maximum number of customers at the market, in contrast to last year when the pandemic was in full swing and capacity was limited. While last year everyone wore masks, and only 10 customers were allowed into the lot at any one time, it didn’t reduce the number of attendees overall. According to multiple vendors, the turnout during the pandemic was overwhelming, as many loyal customers returned. 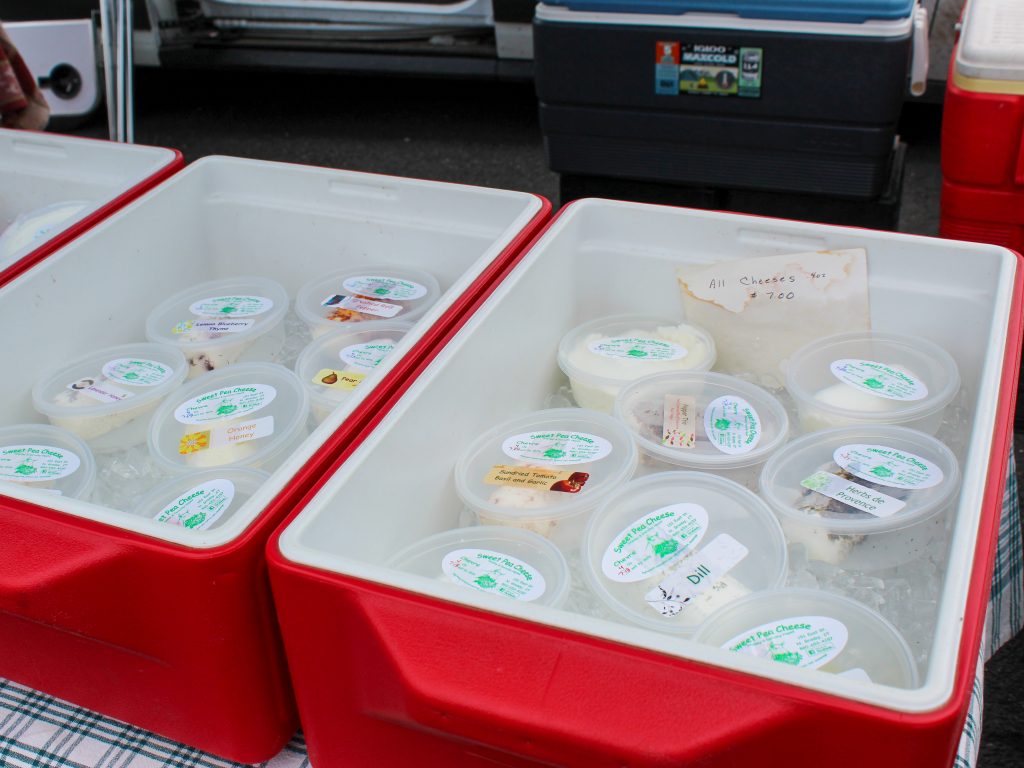 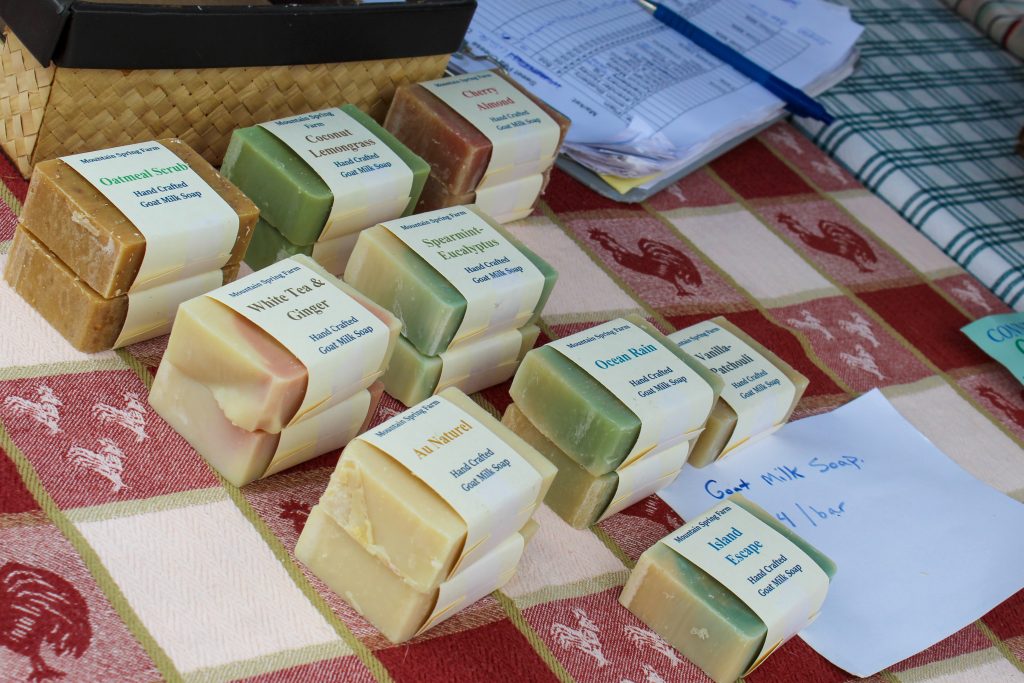 Sweet Pea Cheese is a seventh-generation family-run dairy farm based in North Granby, CT, where they care for and milk 120 dairy cows and 65 dairy goats. They have had their spot at the West Hartford Farmers’ Market “at least five years,” the owner said. When asked about the business the tent had during the pandemic, they felt it was “ramped up” most likely because people felt more safe at an outdoor market than at an indoor grocery store. 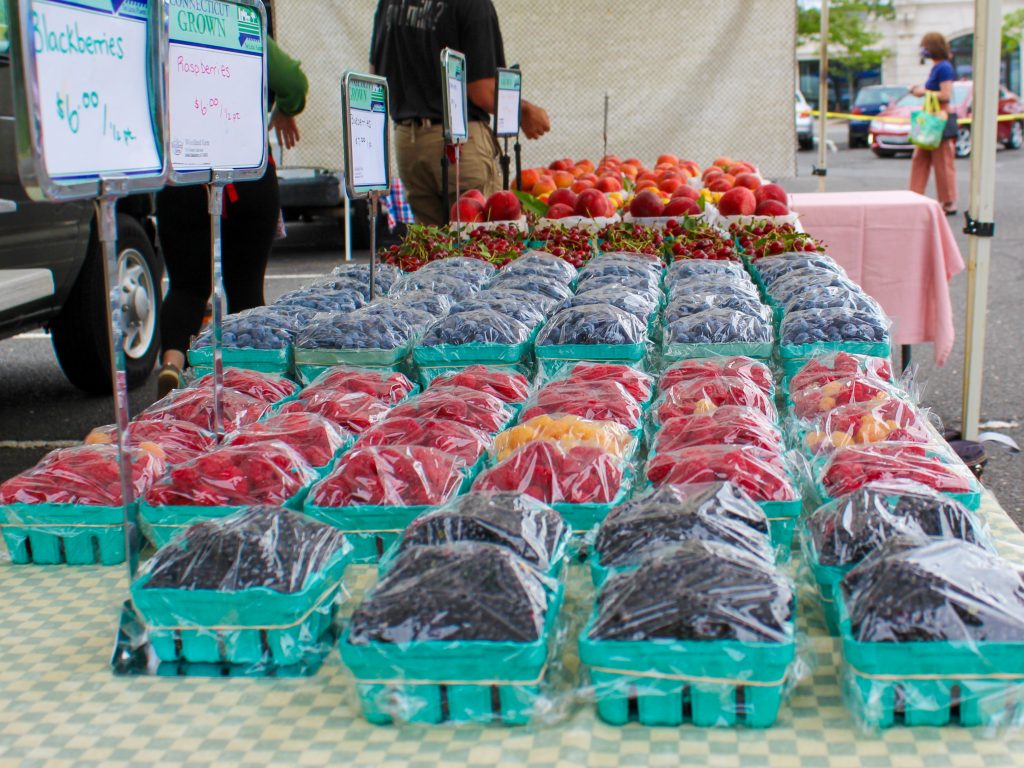 Woodland Farm, located in Glastonbury, has had a tent at the West Hartford Farmers’ Market since the second year it was open, and the vendors love their customers. Erica Teveris, whose father owns the farm, said that it has a “great crowd, the same people return week after week.”

The same sentiment was echoed by a number of the vendors, who are all very grateful for their returning customers.

One of the loyal shoppers is Anne-Paul Swett, a resident of West Hartford. She attends the farmers market, “at least once a week once it begins” every summer and “started coming since the beginning,” she said.  Swett is familiar with many of the vendors and was quick to point out a few of her favorites such as Sweet Pea Cheese, Wave Hill Breads, and George Hill Farm. 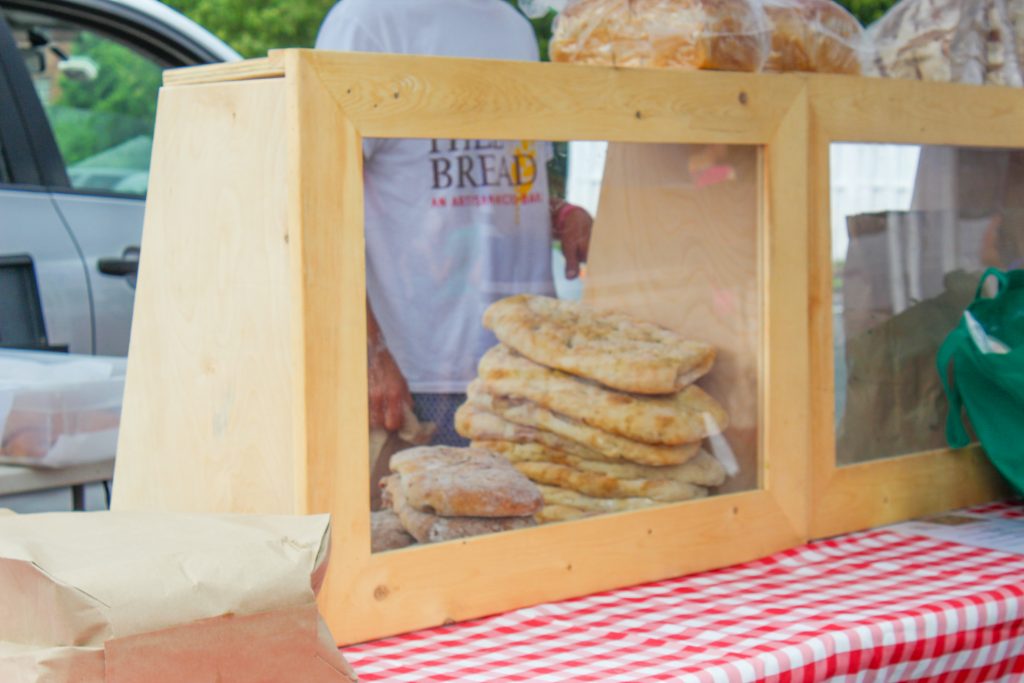 The newest vendor to the West Hartford Farmers’ Market is Hartford Plant Co. which was founded in West Hartford in December of 2020. Hartford Plant Co. came to be after co-owner Anastasiya Collins’ mother, Valentina Mikhailova, moved to West Hartford from Belarus. Collins and her husband, Matt Collins, wanted to help her mother acclimate to the new country, culture, and environment, and knowing that she liked to experiment with growing and propagating different types of plants, and after hearing about the growing of micro-greens had her mother try it herself with her green thumb.

Anastasiya and her husband, Matt, are the faces at the market while her mother grows the produce. They sell a variety of micro-greens including broccoli, sunflower and green pea, and made their very first sale this past January. 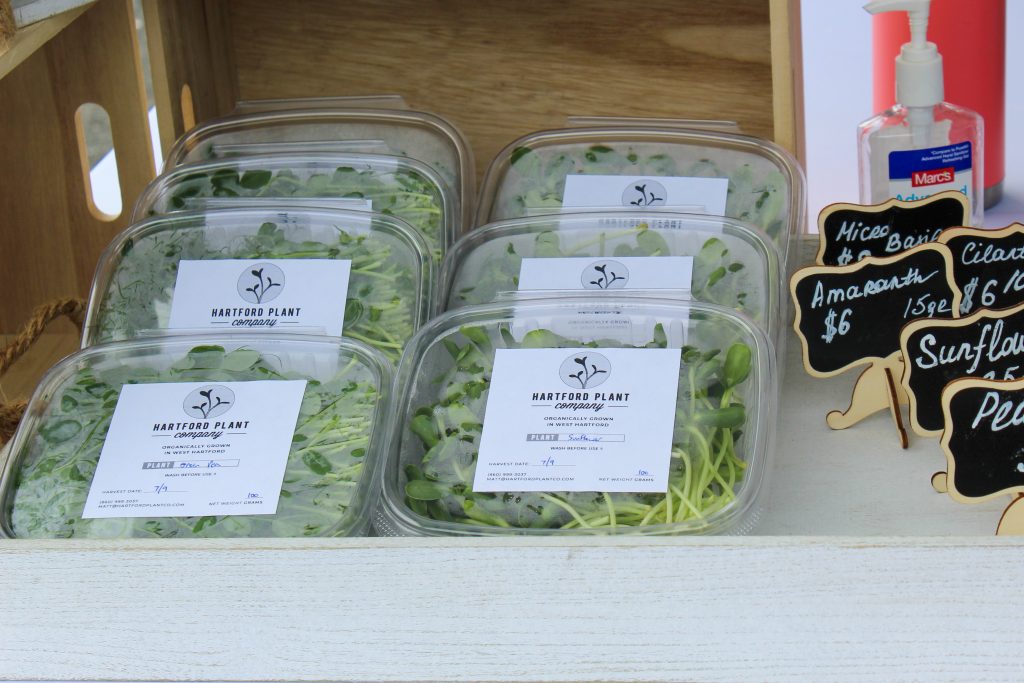 “We joined the farmers market because we wanted to socialize with people in the community,” said Collins, who was overjoyed about how the new business is doing as well as the interest that the West Hartford community has shown in it. 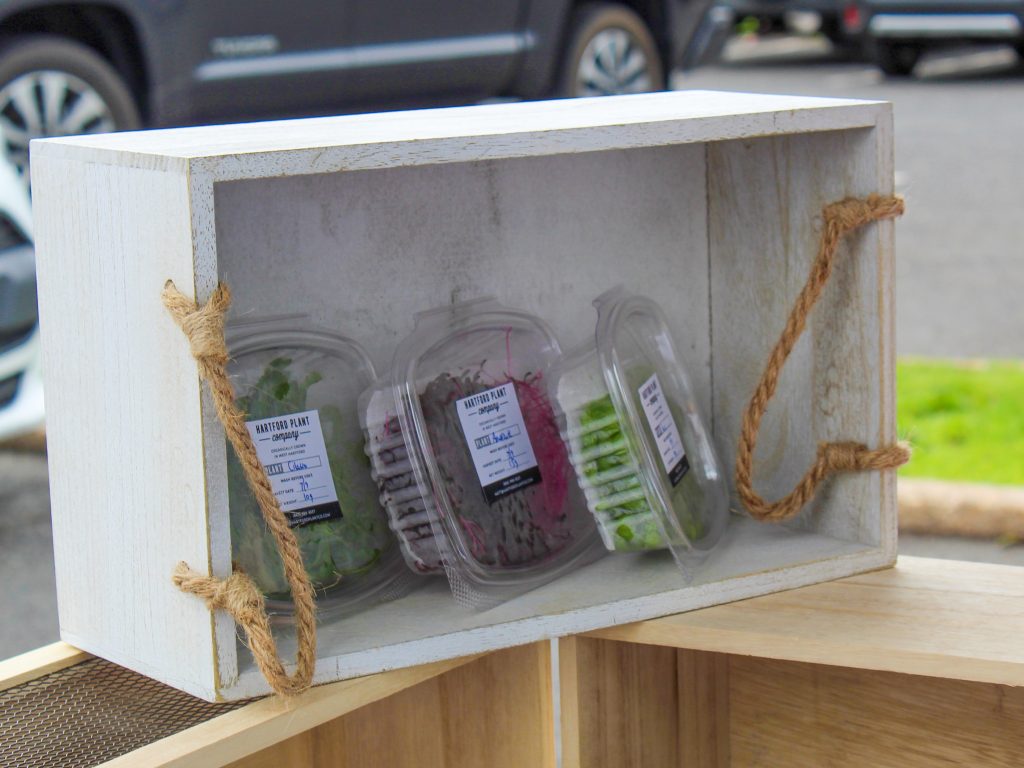