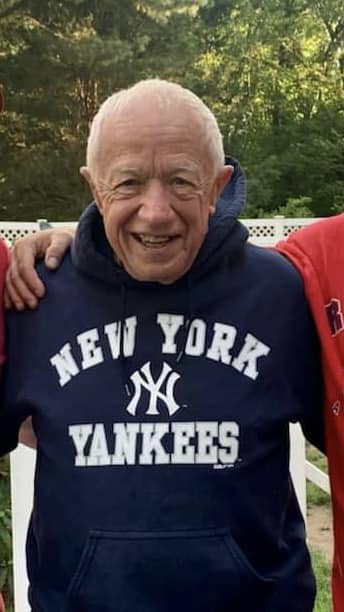 [Updated, 9 p.m.] Police had issued a silver alert for Howard Wilmes, 79, an East Hartford resident who has family in West Hartford and is a frequent visitor to town, but later on Sunday his body was discovered.

The family of Howard Wilmes, who had been reported missing on Saturday, has confirmed that his body was found Sunday and sadly he had passed away.

Multiple police departments were involved in the search for the 79-year-old, who lived in East Hartford, had family in West Hartford, and often visited Glastonbury, where his car was found, locked in a parking lot.

Details were not provided, other than that his body was discovered in Glastonbury and the family said no foul play is suspected.

A silver alert has been issued for Howard Wilmes, and police are asking anyone who may have seen him to contact them as soon as possible.

According to police, Wilmes, 79, is white, 5-foot-7 and weighs roughly 140 pounds, has white hair and green eyes. He has been missing since Saturday, Nov. 12, but no description of the clothing he was wearing is available.

Wilmes lives in East Hartford, but belongs to Health Trax in Glastonbury and spends a lot of time at Elmwood Bakery and the Holy Family Monastery in West Hartford as well as Mozzicatos in Hartford.

Wilmes’ daughter-in-law told We-Ha.com that he has not been seen since 11 a.m. Saturday, and had planned to attend her son’s hockey game at 2 p.m. at Veterans Rink but did not show up.

His car was found, parked and locked, in a handicapped spot at the Longo Open Space Park in Glastonbury, she said, and police have searched the area.

Anyone who has seen Wilmes since Saturday morning or who has any information about his whereabouts is asked to contact East Hartford Police at 860-528- 4401.