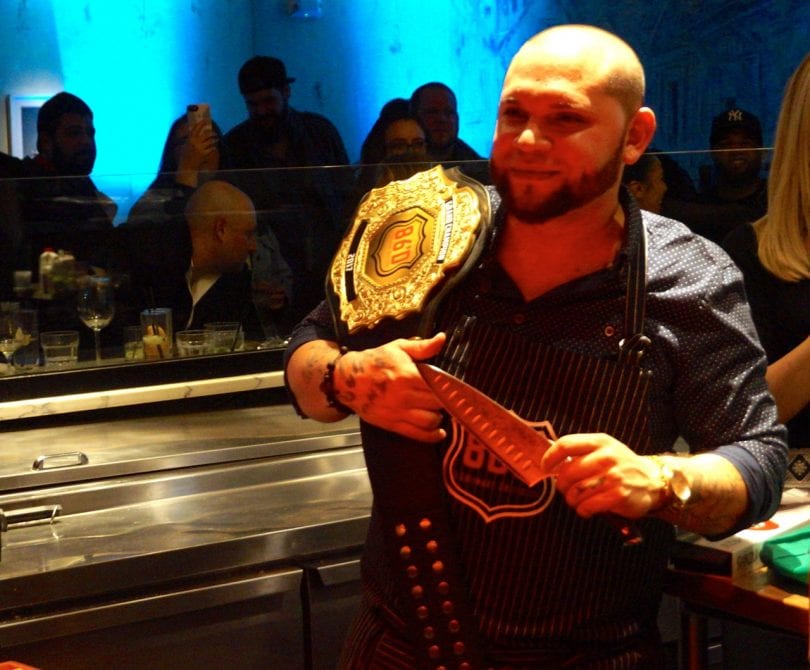 Xavier Santiago was declared the victor of ’86’D: A Culinary Collision’ on Monday night at Zohara in West Hartford, as thousands of dollars were raised for End Hunger Connecticut. 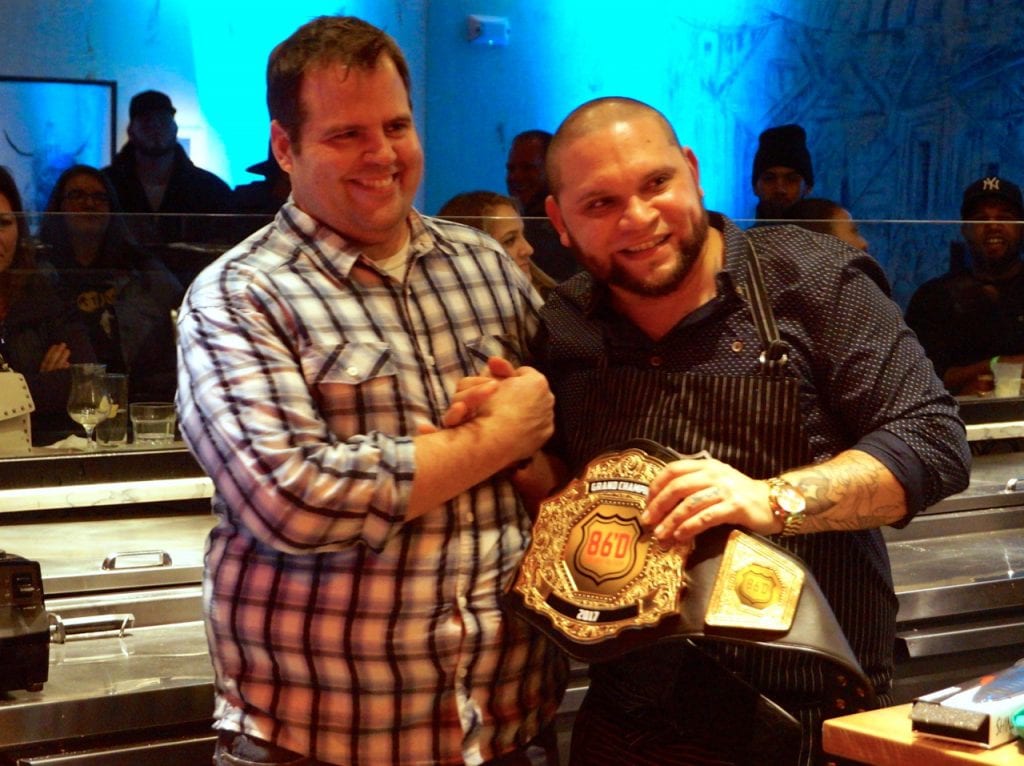 Zohara was a lucky place for Xavier Santiago on Monday night, as he was awarded the Grand Champion belt as the winner of 86’D: A Culinary Collision, narrowly edging out Chris Sheehan of Max Downtown for the victory in the final round of the regional chef battle.

Santiago represented Manchester’s Trattoria Toscana, where he has been chef de cuisine, throughout the competition.

The battles took place at open-kitchen restaurants in West Hartford and throughout the surrounding area, permitting the attendees – supporters of the chefs as well as those who came for the food, drink, and excitement – to watch and cheer on the competitors. Eat IN Connecticut estimated that as many as 2,000 people overall attended the events.

Chefs were allowed to bring one ingredient of their own to the battle, and had access to the hosting restaurant’s entire pantry. They were also required to incorporate a mystery ingredient into at least one dish in the multi-course meals they created for the judges.

The eight winners then faced off in championship rounds, with Santiago and Sheehan reaching the finals.

In all rounds, the chefs were judged in the categories of originality, flavor, plating, and cleanliness of station.

Jeannette Punsoni Dardenne of Eat IN Connecticut said that 86’D was also an incredibly successful fundraiser, netting approximately $10,000 for End Hunger Connecticut, a non-profit that works to eradicate hunger and food insecurity.

“Monday night was a huge success,” Dardenne said. “It was wonderful to see so many chef titans come out and support this fantastic event. It’s a wonderful opportunity for these young chefs to be in the spotlight.”

In addition to the competing chefs and hosts Dorjan Puka and Scott Miller from DORO Restaurant Group, the crowd was a who’s who from the regional culinary scene with many of the former competitors as well as chefs and restaurateurs from throughout the state in the audience.

Judges came with an impressive pedigree, and included Tyler Anderson (Cook and the Bear of West Hartford and Millwright’s of Simsbury, and a current contestant on Bravo’s “Top Chef”), Chef Plum of WTNH’s “Restaurant Roadshow,” Bill Taibe of Westport (The Welk, Kawani, and Jesup Hall), and Dan Meiser of Mystic (Engine Room, Oyster Club, and Grass and Bones).

Author Rand Richards Cooper, whose credentials include food critic for the New York Times, was also in attendance and sampled each dish, but did not vote.

The final battle between Sheehan and Santiago lasted 45 minutes. Judges challenged them to incorporate the four mystery ingredients: sunchokes from Sub Edge Farm, skin on skate, dehydrated blue cheese and chiles, and – from Meiser – a whole goat for each chef.

In a surprise twist that was announced after the first course was served, each competitor was randomly assigned a sous chef for the rest of the competition. Prasad Chirnomula of INDIA assisted Santiago in the kitchen, while Billy Grant of Grant’s and Bricco worked with Sheehan.

In the end, the result was not who the better chef was, but who put out the best dishes that night, Eat IN Connecticut said.

“Growing up you always dream about becoming something important and making a difference – at least I did,” Santiago said after receiving the championship belt. “Winning 86’D, means a lot to me because I basically came from nothing … started from the bottom and worked myself to the level I’m at now. 86’D proves to me and the restaurant industry that the sky’s the limit and you can do anything, if you put your heart, mind, and dedication behind it.”

Dardenne said that the event has been a great way to bring the chef community together as well as to raise the profile of the competitors.

“Connecticut harbors some amazing talent and this is a great way to showcase it,” said Dardenne. 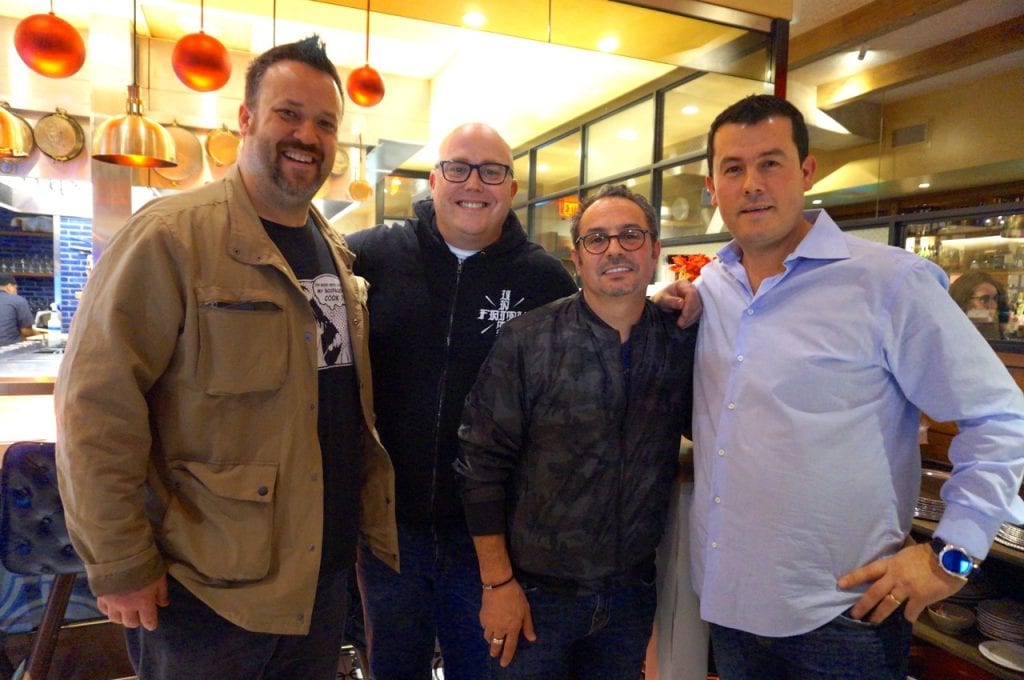 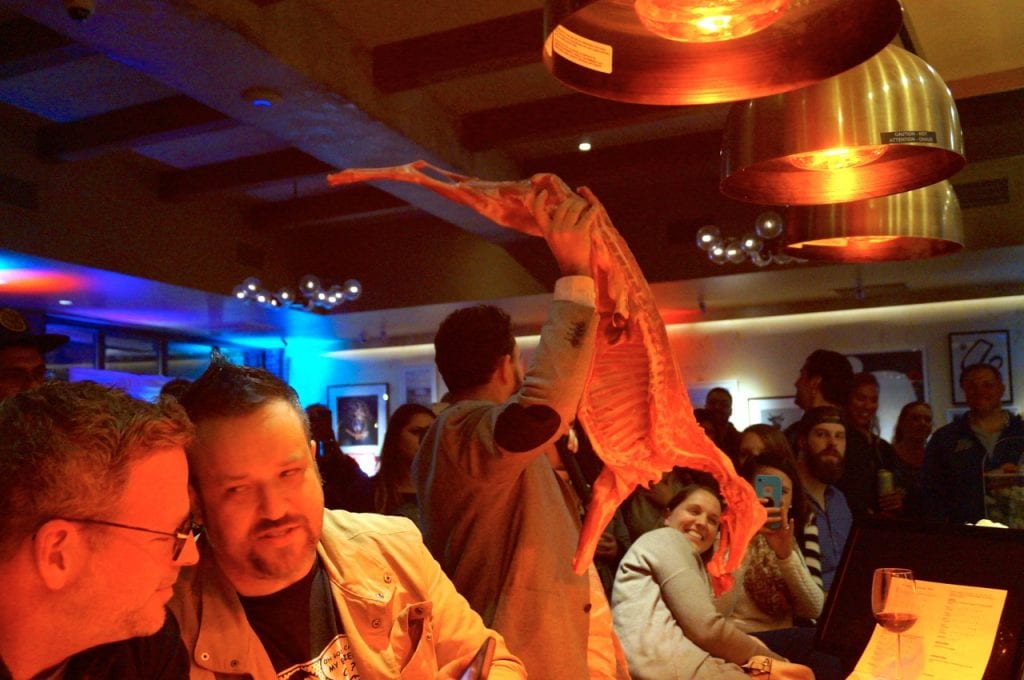 One of the mystery ingredients was a whole goat, supplied by Dan Meiser (holding goat in the air) of the Engine Room/Oyster Club/Grass and Bones in Mystic. 86’D Finale at Zohara. Dec. 11, 2017. Photo credit: Ronni Newton 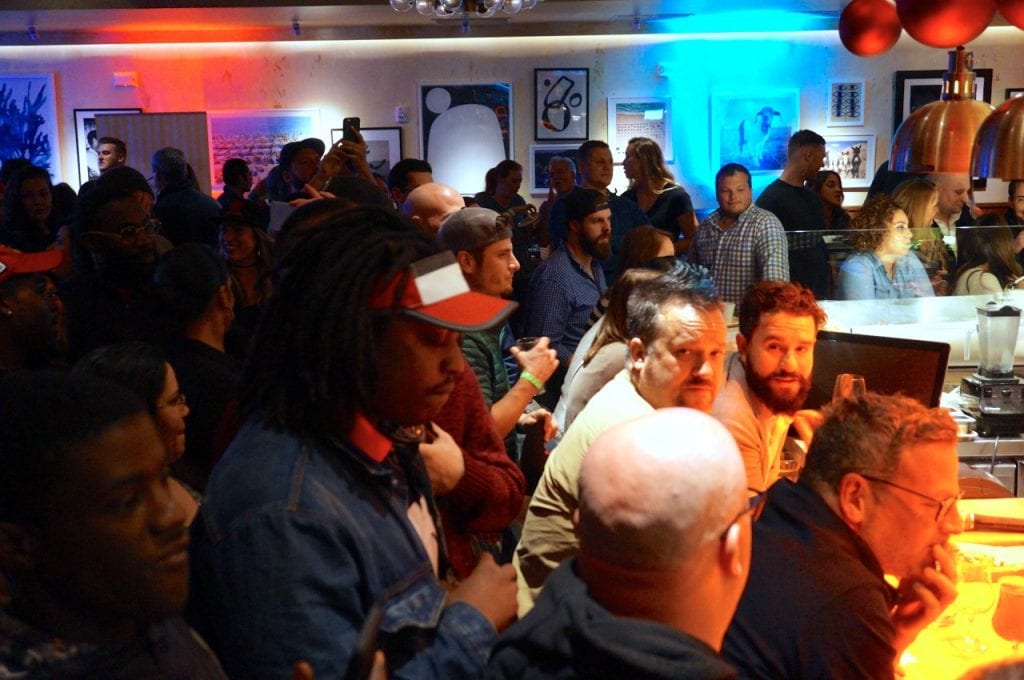 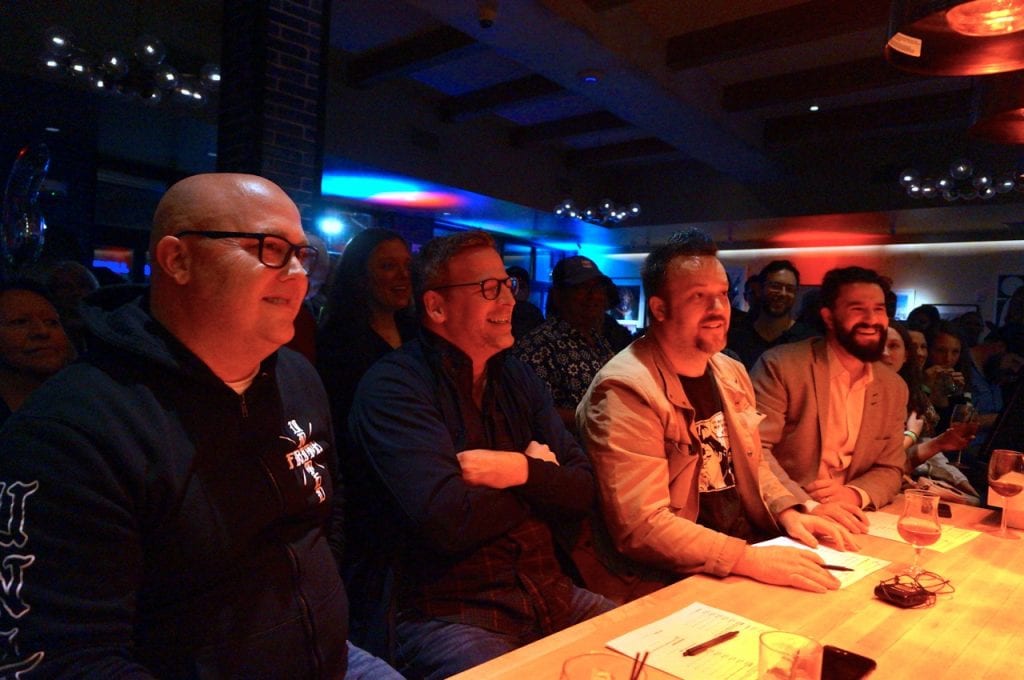 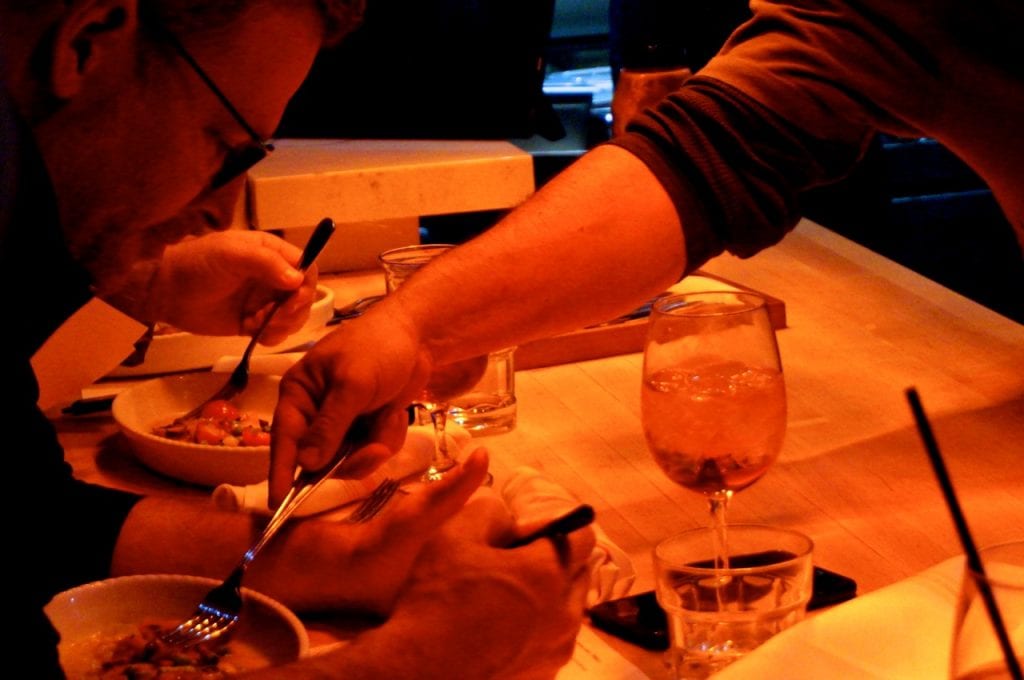 The judges sampled each dish as quickly as it could be served. 86’D Finale at Zohara. Dec. 11, 2017. Photo credit: Ronni Newton 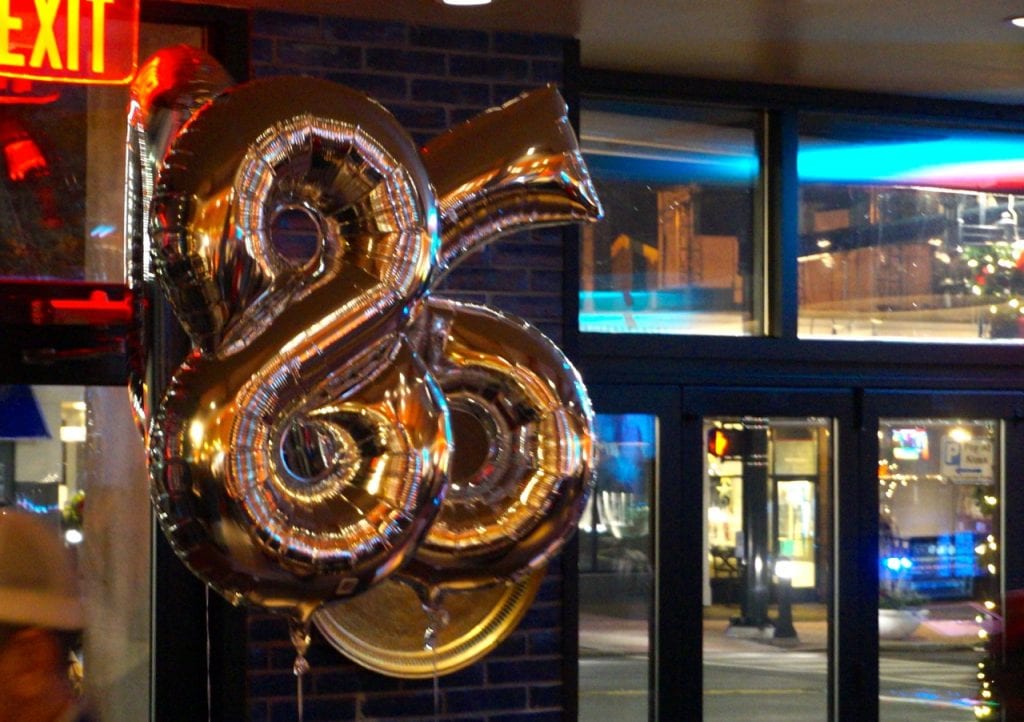 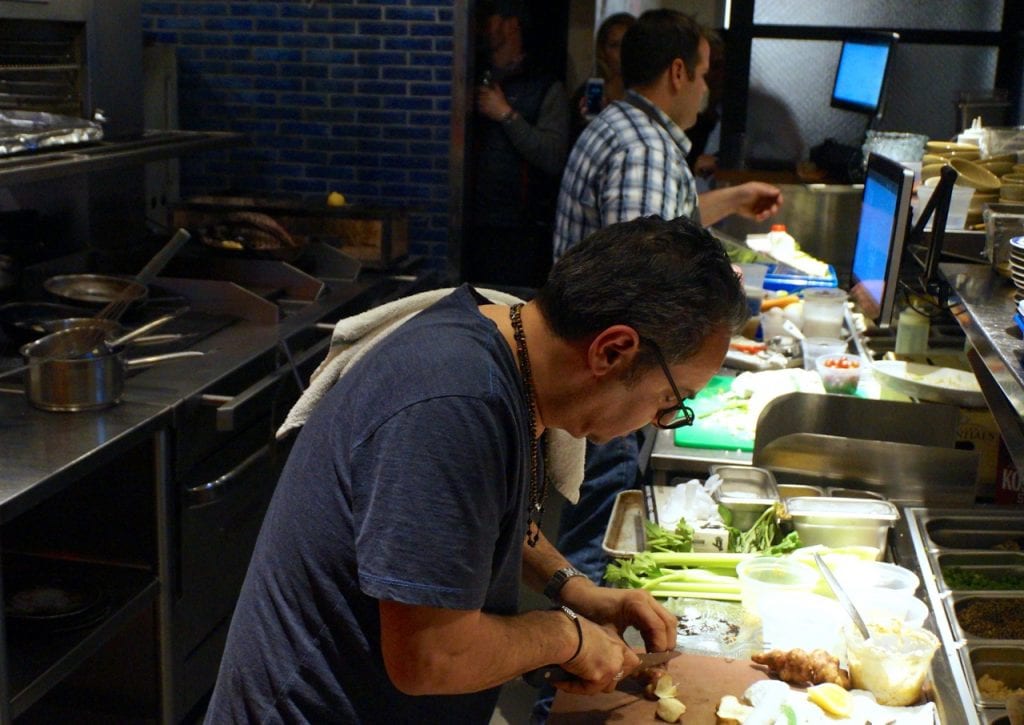 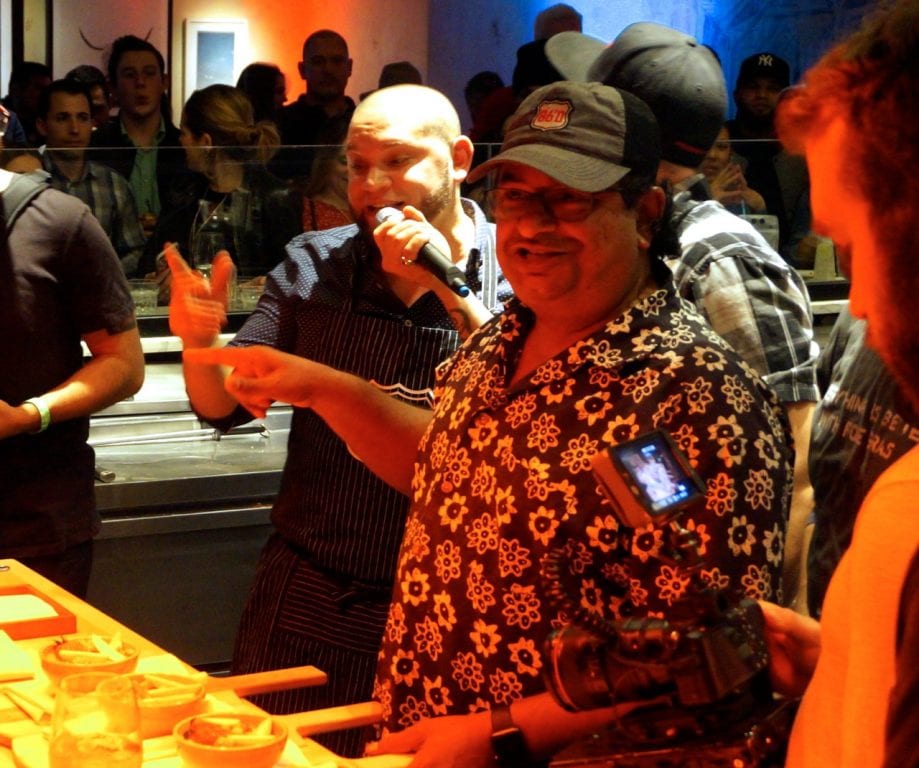 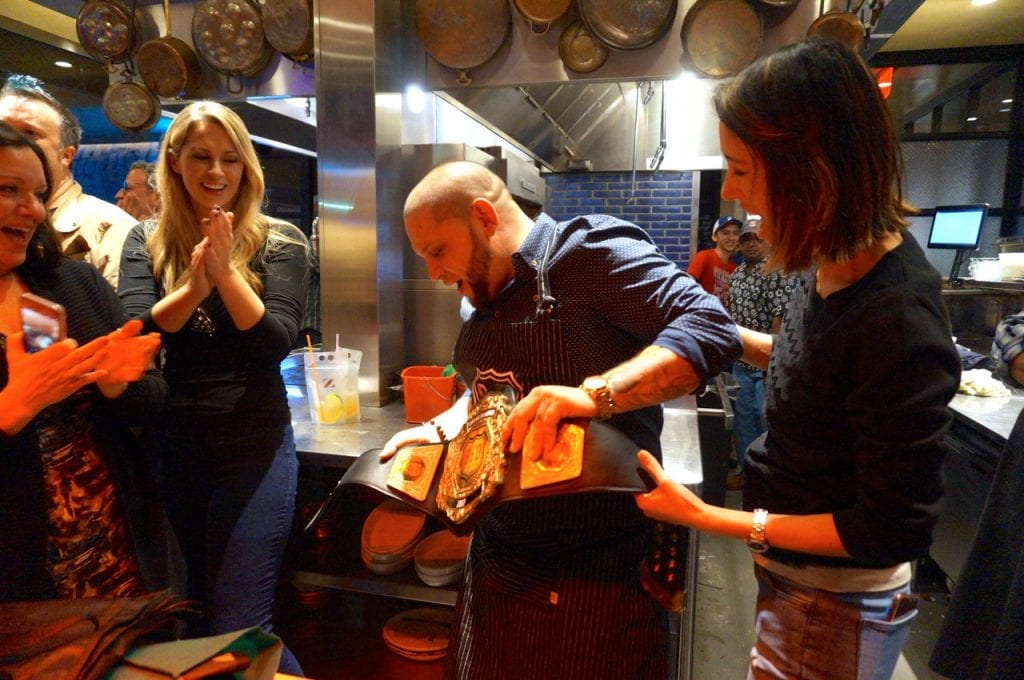 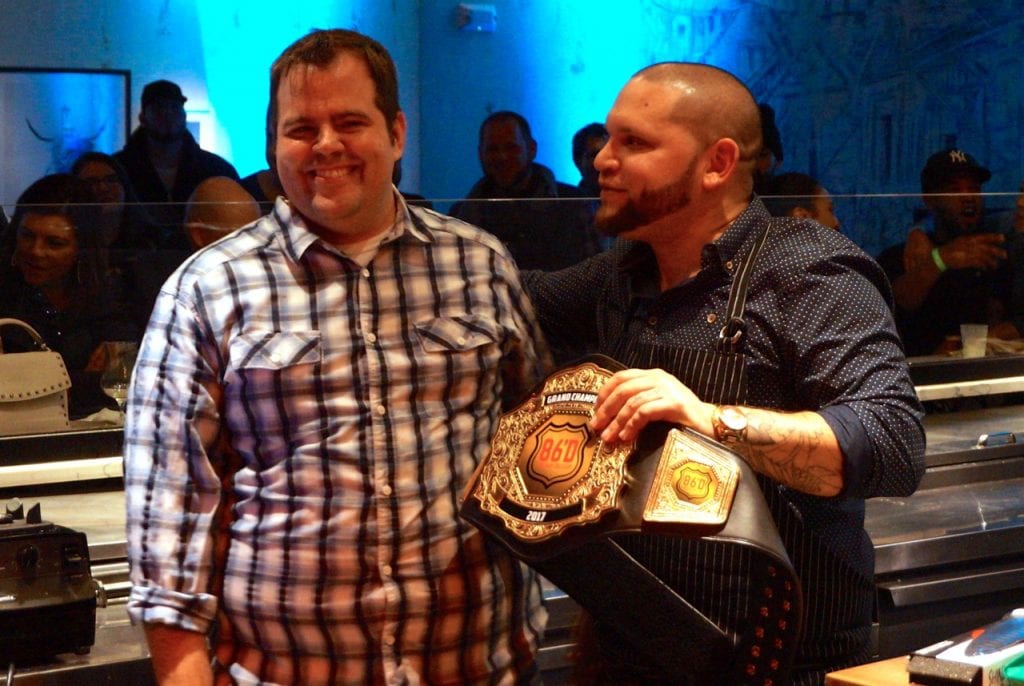 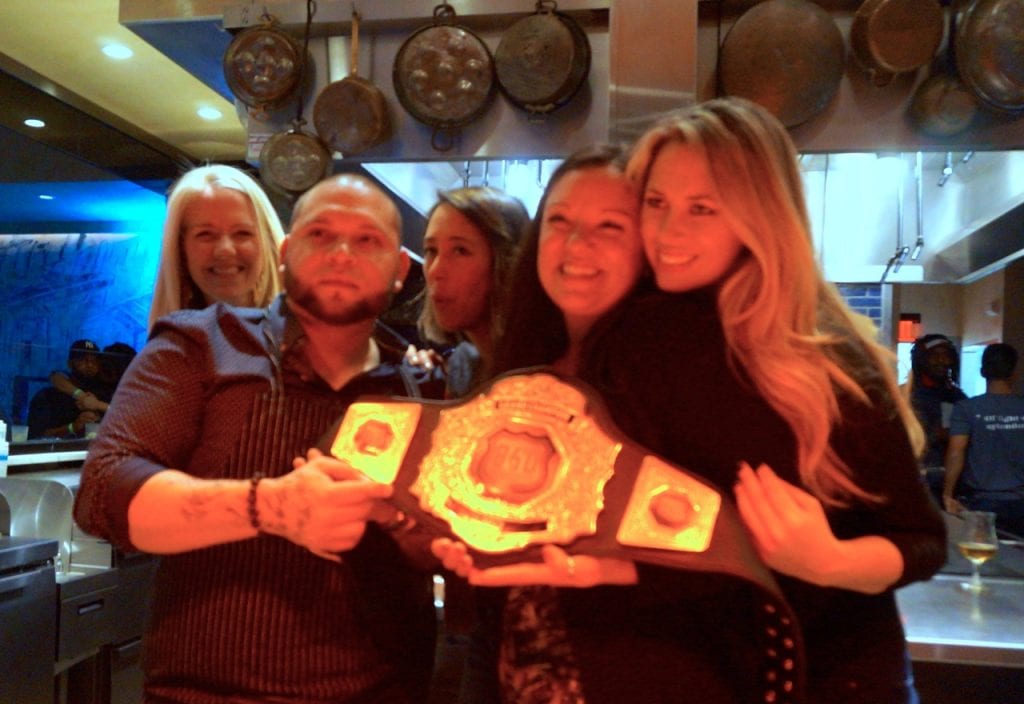