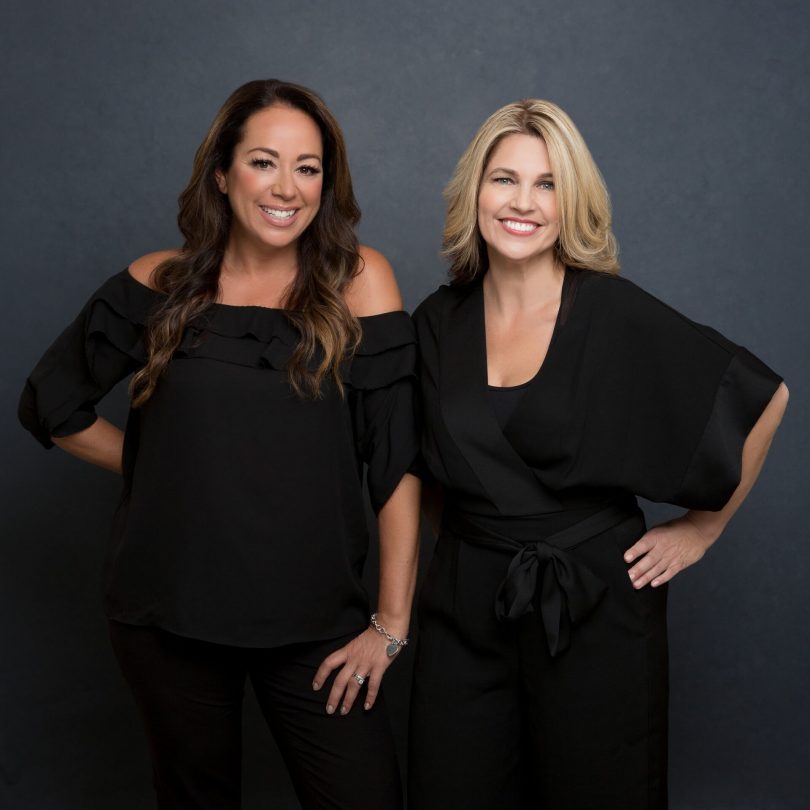 The debut novel by Addison McKnight, which is the pen name of West Hartford residents Nicole Moleti and Krista Wells, was published by Amazon’s Lake Union Publishing on May 10. 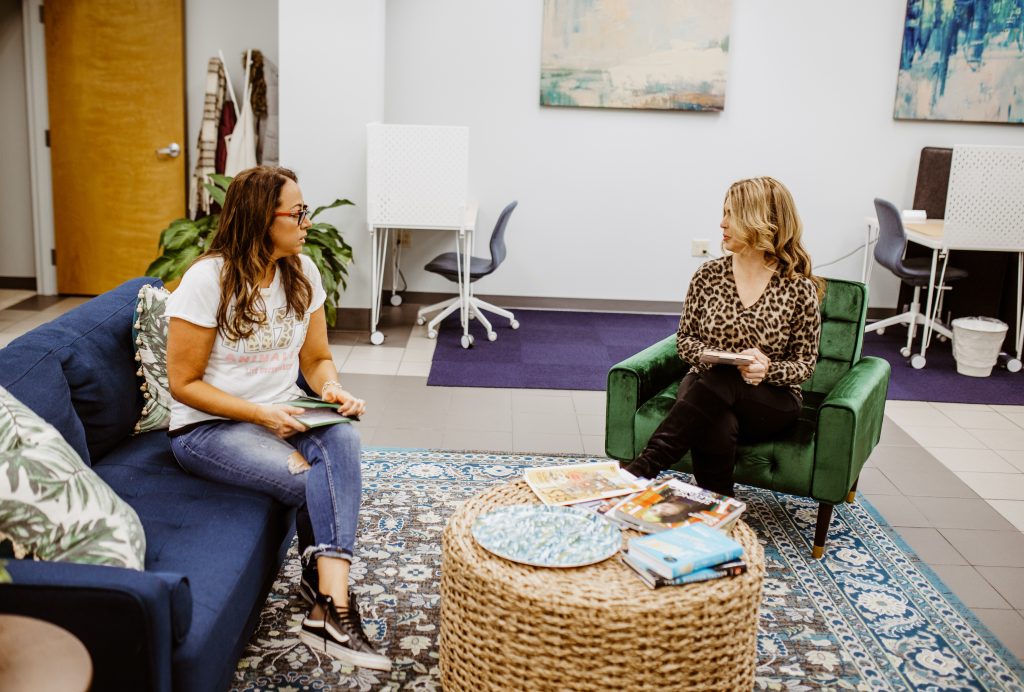 Neither Krista Wells nor Nicole Moleti had “write a psychological suspense novel” on their bucket lists but somehow, in the midst of their own already busy careers and personal lives, and while managing the schedules of the six children they have between them, “An Imperfect Plan” was hatched.

As the May 10 publication date approached, the culmination of a journey that grew far beyond two friends partnering for a side hustle, both first-time novelists said in an interview that they felt they needed to pinch themselves.

“We met at the hair salon,” Moleti said. “She had foil in her hair.”

The friendship between the two women blossomed. Moleti, who is a makeup artist, did Wells’ makeup for a military ball. Moleti’s husband coached Wells’ son’s baseball team.

Both have had extensive experience writing nonfiction, Moleti as the author of a humorous parenting blog and Wells as a blogger for the military spouse community.

Wells was working on her blog one day when Moleti came over to visit. “She told me something shocking, and I said if that’s true I’m writing a book about it,” Moleti recalled. One thing led to another, and pretty soon they were collaborating on “An Imperfect Plan.”

Between the two, Moleti and Wells now have six jobs, including the newly-launched fiction-writing career under the pen name of Addison McKnight (a moniker they selected with the help of their publishing team, who suggested that the last name should be a little bit dark). Moleti got her real estate license when she needed a backup plan because no one was doing makeup during the pandemic. Wells is a life coach and writer for the military spouse community.

Both have long since been interested in what drives people to do the things they do.

As a makeup artist,”I’ve dedicated my life to making people look perfect,” Moleti said. When a woman wants to wear red lipstick even if it’s not the right color for her, she said, it can be a red flag indicating some underlying anxiety.

As a life coach Wells works to make people feel better, to focus not on the lack of something in their lives but on what’s good. “The common denominator is people trying to seek perfection,” she said. 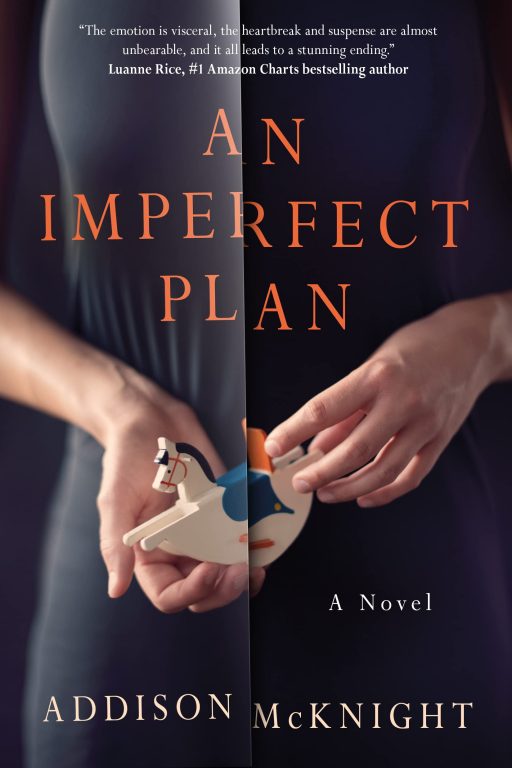 “All it takes is one lie for the best-laid plans to go awry” is the first line of the description of “An Imperfect Plan” on the book’s back cover.

The story follows the lives of Collette De Luca and Greta O’Brien, women from very different backgrounds, strangers both dealing with past trauma and following diverse paths in their journeys through life and to motherhood.

Hope, disillusion, despair, deceit, and a shocking event leads their lives to converge, and forces them to face the choices they have made.

“The emotion is visceral, the heartbreak and suspense are almost unbearable, and it all leads to a stunning ending,” said best-selling author Luanne Rice in her review of “An Imperfect Plan.” 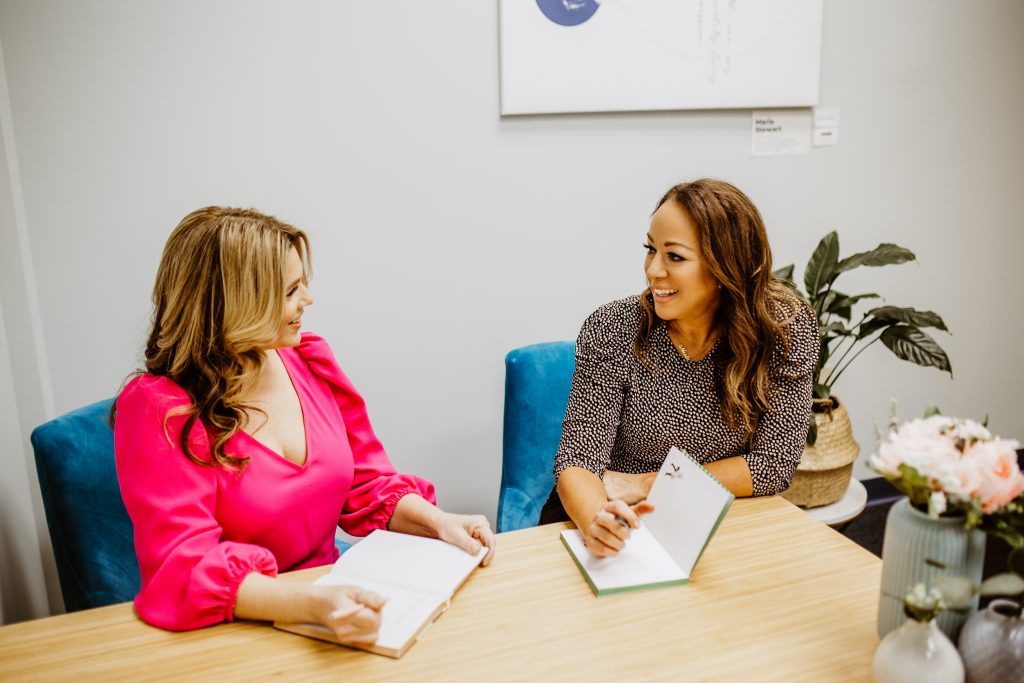 The idea and the research

Wells, whose four children range in age from 12 to 19, had experienced secondary infertility after having her first child, and happened to have a conversation with Moleti about the research she had done on the topic. “There are so many ethical decisions. What do you do with the eggs … at what extreme do you go to… I could relate to that feeling of wanting a child at any cost.”

The novel not only deals with infertility, but also mental illness. There are stigmas associated with both, and dealing with those topics, in the context of a thriller, sets the story apart.

Wells had already done her own extensive research on infertility, and once the two decided to co-author the book she did some intensive research on the courts. Craig Raabe, a West Hartford attorney, was extremely helpful with advice, she said.

“I love the research side of it,” said Wells, who admitted to approaching police officers at places like the grocery store and peppering them with questions. “I once approached a woman at Hall’s Market who worked in a burn unit,” she recalled. “She was buying Triscuits,” Wells said, but was wearing a badge and provided valuable insight used in the book.

Tennis is also an important theme in the book, but that didn’t need much research since both play.

Wells, who has a degree in industrial psychology, said she mostly reads non-fiction – lots of business and self-help books.

Moleti said she’s a fiction reader. She always enjoyed James Patterson’s novels, and after reading Gillian Flynn’s “Gone Girl” was hooked on the psychological thriller genre. “I want to be shocked,” she said.

They worked every moment they could spare from January through April 2019. They kept writing, to get the story out, but then once they had an editor, “she helped us a lot,” Moleti said. 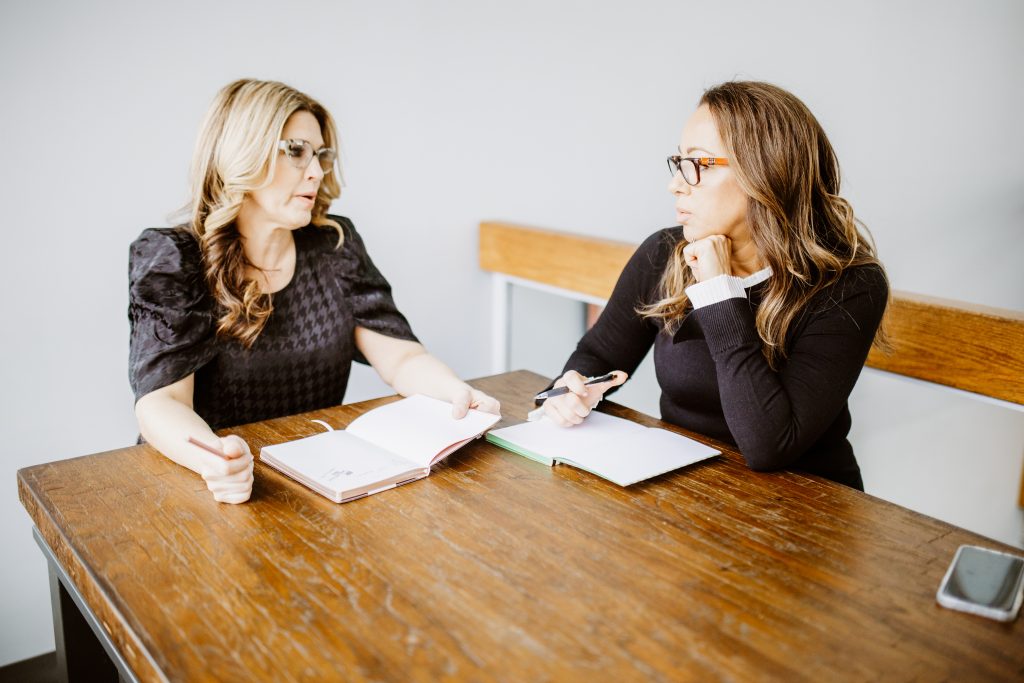 Two voices combined, and where they come from

Moleti is the voice of Collette and Wells is Greta, but it’s not obvious that each character was written by a different author. They edited each others chapters – mercilessly at times – and the collaboration was a success.

Greta, a wealthy hedge fund manager who lives in Greenwich, is an amalgamation of many people both Wells and Moleti know, and was more straightforward to profile. “She’s like people we know in upper middle class Connecticut towns,” Moleti said.

Colette, who has a dysfunctional upbringing in a rural part of Connecticut, is totally made up. Moleti said she and Wells did have some long discussions about the specifics of Colette’s lifestyle, right down to the type of shampoo she used. “I said I’m not putting Suave on my character,” Moleti said, after Wells objected to her referencing use of Pantene. They settled just on “shampoo.”

The book is mostly set in Connecticut, and West Hartford readers will be excited to find a few local references – like Iris Photography, the Delamar Hotel, and “Beachland” (although it’s a tennis club, not a park). The names of the characters Nellie and Chelsea come from people both know locally, although not in the same roles.

Naming characters was actually a challenge, and one they took very seriously. “We name our characters like naming your babies,” Moleti said.

Writing a novel and getting it published doesn’t happen overnight. Each stage take months, or even years.

“You have to let things go,” Wells said, like home cooked meals, or laundry. They kept on persevering until the book was written, writing during free moments, on the sidelines of sporting events, while waiting to pick up kids from school.

And then there was rejection.

“We’ve got to get through this,” Moleti kept saying. “And as we got 55 rejections from agents I kept saying it’s no excuse for not doing this.” A local author suggested attending a writing conference.

“So we went to ‘ThrillerFest,'” Moleti said. “It’s a pitch-fest, like speed dating for agents.” She said it was terrifying.

But that’s where they found success, with ultimately 13 of the 15 agents they pitched wanting the book. They signed with Victoria Sanders & Associates, in July 2019, and then when the book was almost ready COVID hit, and their agent, Bernadette Baker-Baughman, suggested waiting.

They sold the book – quickly – right after President Biden’s inauguration in 2021. Not only did they sell “An Imperfect Plan,” however, “We got a two-book deal,” Moleti said, from Amazon’s Lake Union Publishing.

“None of it feels like work because we’re doing what we really like to do,” Moleti said. They’re finding time for writing, but also their other jobs and activities. On the day of the interview both had worked out, and Wells said she still finds time to play tennis, and for curling – a sport she picked up a few years ago. 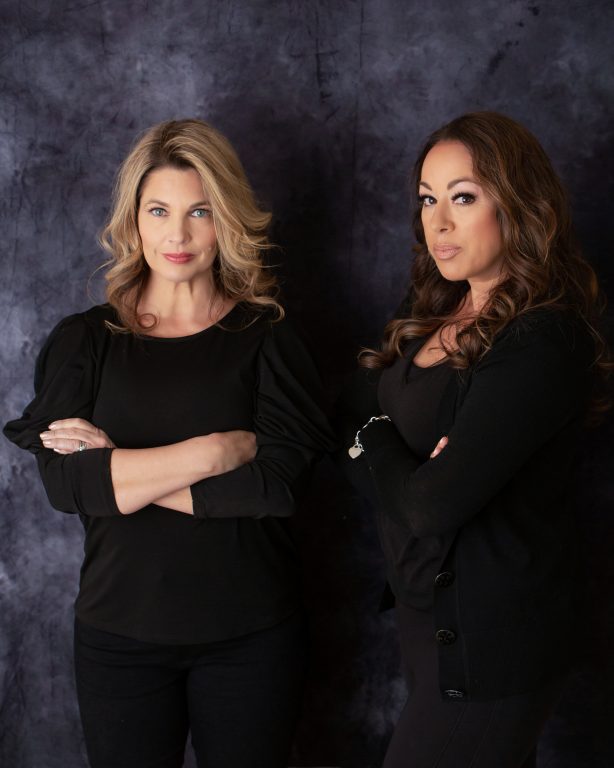 Addison McKnight’s second book is in the works.

“It takes place in Martha’s Vineyard,” Moleti said, a place where both previously lived, but in very different capacities.

Moleti ran a nonprofit organization called “Time for Life” that brought people to Martha’s Vineyard for the summer. “It appears to be an idyllic island, but it’s not always what it seems,” she said.

Wells visited the Vineyard in the summer with her family, but knows that there is a high incidence of domestic abuse and drug abuse there that no one talks about. During the pandemic, incidence of both skyrocketed.

The book is a similar style, but a completely new story, Wells said.

A draft of the second bop has been reviewed by the editor of a newspaper in Martha’s Vineyard and the wife of a police officer, and so far the reaction is very positive.

They’ve also secured a movie agent, who is currently shopping “An Imperfect Plan.”

“An Imperfect Plan” was released on May 10, and can be purchased online at amazon.com, as well as through target.com or barnesandnoble.com. Moleti and Wells are planning some local book signings, including an event on May 25 at Wampanoag Country Club.

Moleti and Wells will return to ThrillerFest in a few weeks – this time as debut authors. They’re also planning to attend a writing workshop on Martha’s Vineyard.

They both have kids in school, and say writing is a good fit with their lifestyles. What began as a side hustle is now much more than that.

“We sometimes pinch ourselves,” Moleti said.