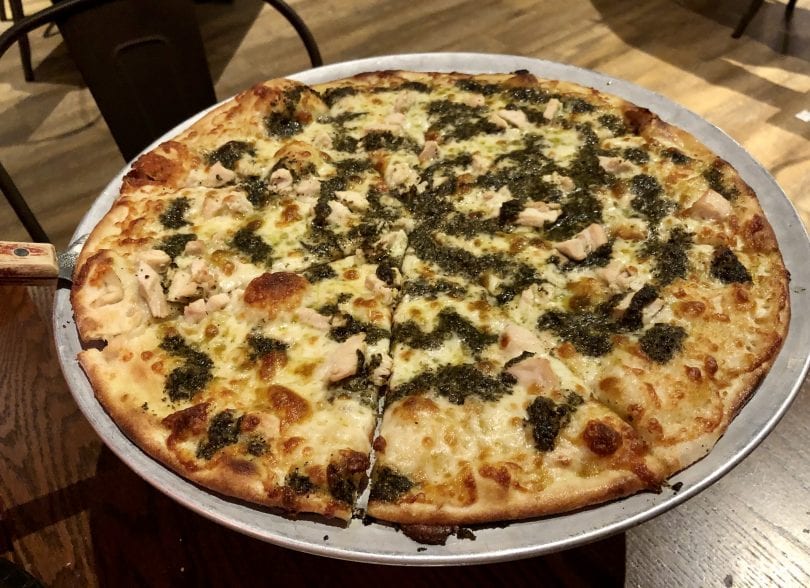 The state legislature’s Government, Administration and Elections Committee will hold a hearing in the coming weeks about designating pizza as the state food.

There is nothing as good as a plain New Haven tomato pie with garlic, according to pizza aficionado Colin Caplan, who has written a book and produced a movie on the topic.

So Caplan turned his passion into an idea for a lighthearted law designating pizza as the state food and then pulled in New Haven legislators Rep. Patricia Dillon, D-New Haven, and Sen. Gary Winfield, D-New Haven, who he knew would understand the beauty of promoting one of the city’s hallmarks.

Dillon hopped on the idea immediately, she said.

“Everything I had been working on has been pretty grim as I tried to figure out ways to help people during the pandemic when Colin contacted me last summer,” Dillon said.

She’d been talking with people about doing more to save restaurants and admitted that in some other states the only pizza is offered by chains. “What’s so special about Connecticut is that pizza has made such a contribution to the cuisine of the state,” Dillon said.

The result is proposed HB 5656 designating pizza as the state food and recognizing the contribution of pizza to the state’s cuisine and economy. The bill will be the subject of a public hearing before the Government, Administration and Elections Committee in the coming weeks.

“Everyone will get to have a voice,” Caplan said. “It will be done on Zoom so the public can offer their opinion on pizza.”

If passed, pizza will join the ranks of other illustrious state symbols including State Hero Nathan Hale and Heroine Prudence Crandall, and the state fish, the American shad.

It’s a moment of levity in a year of loss and heartache, especially to the state’s restaurant industry which has suffered through shutdowns and restrictions as the coronavirus pandemic continues to impact the state, Caplan and the legislators said.

“Everything is so heavy,” Winfield said. “This is lighthearted, it feels good, it’s something different than what we are going through. We need it.”

Winfield grew up in New York but traveled the country in the military before settling in New Haven, the unofficial pizza capital of the state. All pizza is not equal, Winfield said. “I’d be in another state and people were swearing up and down that the pizza was great, and I was like, ‘What? This is terrible,’” he said with a laugh.

Winfield prefers mushroom or pepperoni on thin crust – a nod to his New Haven home. The Senate Chair of the Judiciary Committee admits that this is the first state symbol that he’s proposed, so he’s not 100% sure what has to happen to get it passed. “I think it’s a similar process, it will have a public hearing and a floor vote. I do so much of the heavy stuff, I’m at a loss when it comes to the simpler things,” he said.

Pizza sales have done well through the pandemic, said Caplan, who was looking for ways to promote the restaurant industry and his business, Taste of New Haven, when he hit on the idea for the law. He wanted a “one, two punch” so he approached the legislators and then created an online petition at Change.org to drum up public support.

“Pizza has been selling,” Caplan said. “I think it’s a happy button for many people. Anybody can order a pizza.”

As the author of “Pizza in New Haven,” a history of the immigrants who made pizza a specialty in the state and the producer of the documentary, “Pizza, A Love Story,” featuring New Haven’s three most famous pizzerias, Sally’s Apizza, Frank Pepe Pizzeria and Napoletana & Modern Apizza, Caplan knows his pie.

“The bottom line is I feel like I grew up around pizza and it’s become me,” Caplan said.

Dillon also has a rich connection to pizza in New Haven. She lived down the street from Flo Consiglio, the matriarch of the Consiglio family, which ran Sally’s Apizza until the business was sold in 2018.

“Sally’s was always our preference,” Dillon said. “One time when my son came home to visit, Flo gave us five white clam pies free of charge.”

Dillon also enjoys plain tomato pies – not too much cheese though – and regularly samples the fare at other pizzerias based on which family member or friend wants what. “One week it will have to be Pepe’s, another week it’s someplace else,” she said. “We all have good taste. If you have any in our area it’s going to be good.”

Dillon understands that some people will likely think the legislation is frivolous during a time of a public health emergency. But family-owned pizza restaurants have been vital to the state’s economy and to the community.

“It’s the joy of craft,” Dillon said. “Good cooking is important for the soul. Pizza is something we do with other people. We need some joy right about now.”