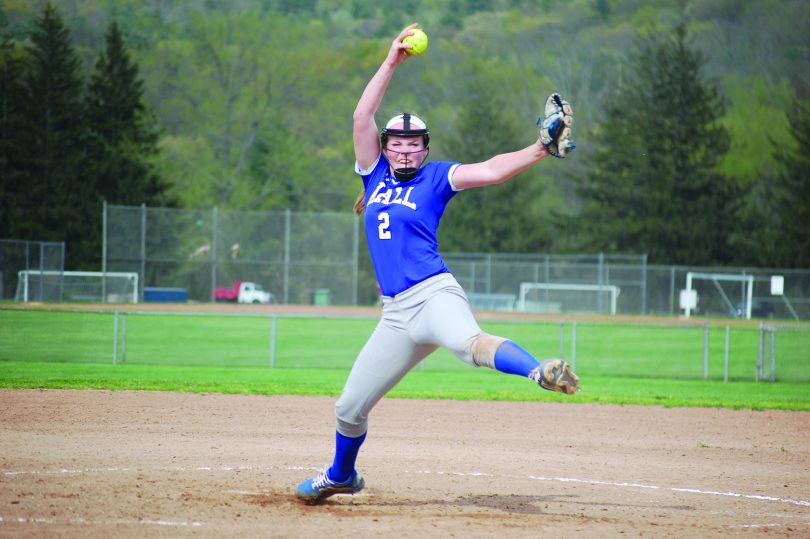 As of May 17, the girls softball team at West Hartford’s Hall High School is 12-5.

When Genevieve Nelson was a student at King Philip Middle School, she told a teacher that she played baseball.

The response from Rebecca Lewis, who teaches eighth-grade social studies at King Philip, went something like this: “So, I look forward to you playing softball for me at Hall.”

Nelson is among five freshmen starters on the Hall High softball team and one of two converted baseball players.

Not long ago, the Warriors were doormats in the CCC. A Class LL team, Hall has had a lot more L’s than W’s in recent years. That is not the case this season.

Aided by terrific senior leadership and a strong freshman class, it has taken Lewis just two years to turn things in the right direction and build the program up to 38 players this spring.

At 12-5 with three games left, Hall has already qualified for the state tournament for the first time since 2013. They are close to winning as many games this spring as they did in the last five years combined (16-76).

The mix of ingredients for Hall’s first winning season in years has been talent, words of inspiration from the coaching staff and some good old-fashion perspiration worked up by the players.

“Last year was my first year taking over Hall softball and we talked a lot about and instilled in the players in having some pride in wearing a Hall uniform. We needed to bring pride into the program,” said Lewis, who played soccer and softball for four years at Hall, class of 2010.

Hall won just four games last season, but Lewis said players spent a lot of time learning to compete, recognizing their capabilities and building on that through hard work.

“We were very fortunate with players working in the offseason to improve as well as bringing in freshmen who are extremely talented, are willing to work hard and buy into what Hall softball stands for,” she said.

Lewis noticed a lot of middle school students would play rec softball until they got to high school, then switch over to track and field in the spring, partly because the softball team at Hall didn’t have much success.

Gamer-MacKinnon has emerged as the team’s No. 1 pitcher, supplanting senior Valerie Barrieau, who is the second pitcher and a reserve.

“Sophie has been extremely effective,” Lewis said. “I think there’s many things that play into that. First off she came in with an outstanding skill set. I take no credit for her pitching. That’s her work ethic. It’s her dedication and devotion to the sport. This is her main sport, this is her passion and she has a goal to play in college and I think it’s a very attainable goal for her. A lot of her success has to do with her own dedication and will and work ethic.”

It’s never easy watching a freshman take your job, but Lewis said Barrieau has embraced her role as one of the three senior captains along with Marissa Lazinsk and Megan Polun.

Lewis said Barrieau’s willingness to work with Garner-MacKinnon and being a positive voice, whether she’s pitching that day or on the bench, is a “huge piece” of the team’s success.

“It’s a team culture with everyone, and everyone knows their number can be called any time,” Lewis said, adding some of the seniors on last year’s team who graduated helped create the culture by getting the seven returning players on the team to buy into the system.

“Now you do have the majority that has already bought into a system and a culture. It’s much easier for a freshman coming into the program because they’re looking for direction. What I love about freshmen is they know nothing different about the program from what we have this year. Not only my five freshmen on varsity, but all of the freshmen that came in this year, they only know Hall softball as a program that is successful.”

Lewis sensed the potential for success in the second game of the year when Hall lost to perennial state power Southington 6-0. The scores in the past were lopsided, including a 34-0 loss to the Blue Knights in 2014 when Hall went 0-18.

“I know we lost 6-nothing, but we battled,” Lewis said. “Listen, at the end of the day it’s a loss in the book. But for us to compete with the powerhouse that Southington is and continues to be, that felt really good to see in the second game of the season for us competing at that level. It showed me and it showed the rest of the team how good we could be.”

Lewis also cited a 7-6 win over Avon in 12 innings May 7. Hall and Garner-MacKinnon took a 3-0 lead into the last inning, but Avon scored three runs to force extra innings. In the top of the ninth, Hall scored three more runs, but Avon answered with three in the bottom half to extend the game.

“We made mistakes in that game, some uncharacteristic errors, but we battled and had each other’s back and picked each other up when we had to,” Lewis said. 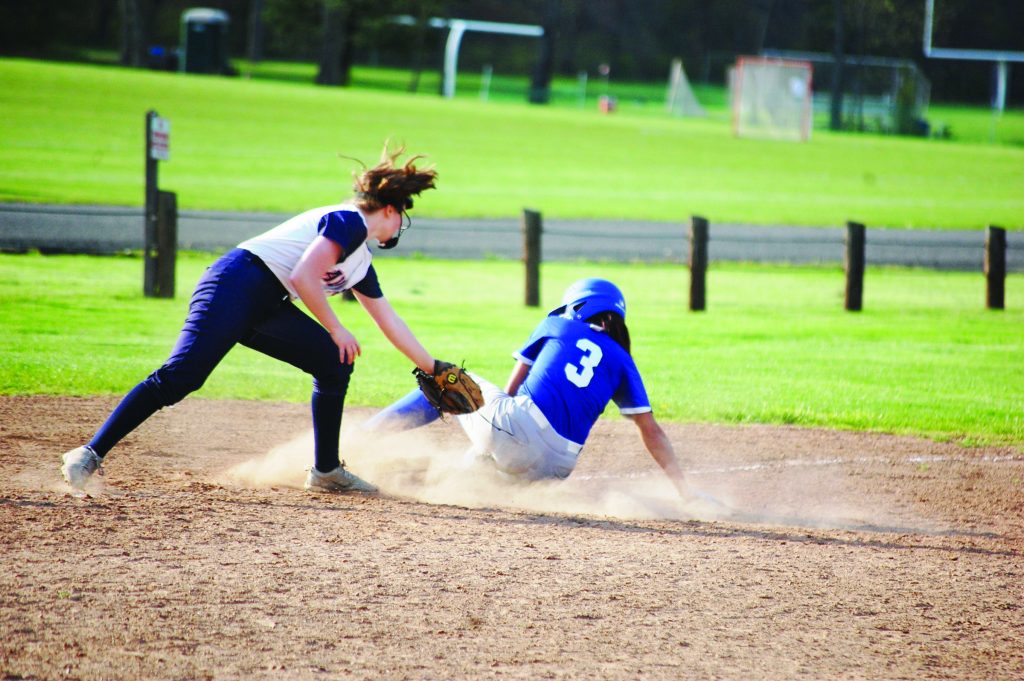