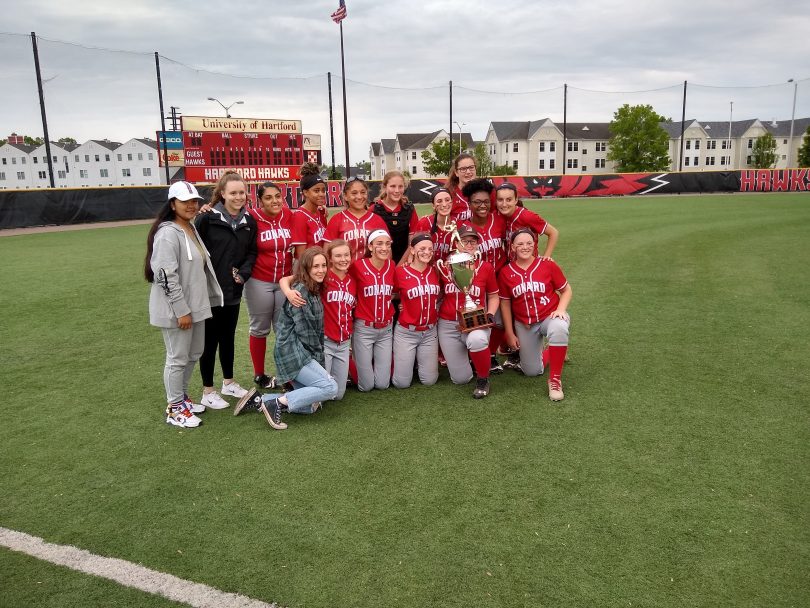 Conard softball comes from behind to claim the Mayor’s Cup for the seventh consecutive year.

In her last at-bat in a Conard uniform, senior Cassidy Jones made the most of her opportunity to drive runners in against a dominant pitcher and engineer a comeback victory over crosstown rival Hall to retain the West Hartford Mayor’s Cup.

Down 2-0 with two outs in the bottom of the fifth inning, Conard drew two walks to get runners on base. After the Chieftains scored on a wild pitch, Conard pitcher Kayla Oriola singled and advanced to second, pushing the lead runner to third base.

With the tying and go-ahead runs on base, Jones singled to shallow right field, but it was enough to plate both runners in scoring position and ultimately lift Conard to a 3-2 win Thursday afternoon at the University of Hartford.

“I just went up to the plate and just tried my best to get a hit, and it just worked out, I guess,” Jones said. “It feels amazing. I’m just really happy I could finish my career with this win.”

Hall pitcher Sophie Garner-MacKinnon – who threw 13 strikeouts over six innings – only faltered in the fifth inning but was lights-out otherwise, attacking the strike zone early and often.

The Warriors took a 1-0 lead in the top of the first as Garner-MacKinnon drove in a run with a base hit. Garner-MacKinnon singled again in the fourth inning, while Bella Gwiazdoski scored in her place as a pinch runner on a passed ball to take a 2-0 lead.

Hall batters found no luck trying to retake the lead in the sixth and seventh innings. The Warriors popped out to the infield three-straight times to end the sixth after a lead-off double and a walk.

With Thursday’s win, Conard retains the Mayor’s Cup for the seventh consecutive year. Despite missing out on the state tournament with a 4-15 record, taking home the trophy remains a consistent source of pride for the Chieftains, according to Conard head coach Carrie Hess-Marcoux.

“I think that means a lot to the girls,” she said. “We play a tough schedule, so we have a tough group to play on, so to end on a positive like this … and to beat our crosstown rival, maintain our trophy, is really, really important to our girls and it’s a great way to end the season.”

Amid one of its best softball seasons in recent history, Hall coach Rebecca Lewis said the team needed to stay sharp throughout the game to come out on top.

“We took some pitches off,” said Lewis. “We got a little complacent in the field. We weren’t as locked in, and you’ve gotta give Conard credit. They put the ball in play, and when you put the ball in play, good things will happen. We didn’t do our job of fielding and fell asleep. There’s no excuse for that.”

With the loss, the Warriors finish the regular season 13-7 as they await their first-round state tournament opponent. The CIAC Tournament pairings will be released on Friday.

“It’s a grind, and for us, now, it’s a one-game season and it’ll continue to be a one-game season as long as we keep winning,” Lewis said. “The girls know how good we can be. It’s now a matter of putting it all together and coming through in big spots.” 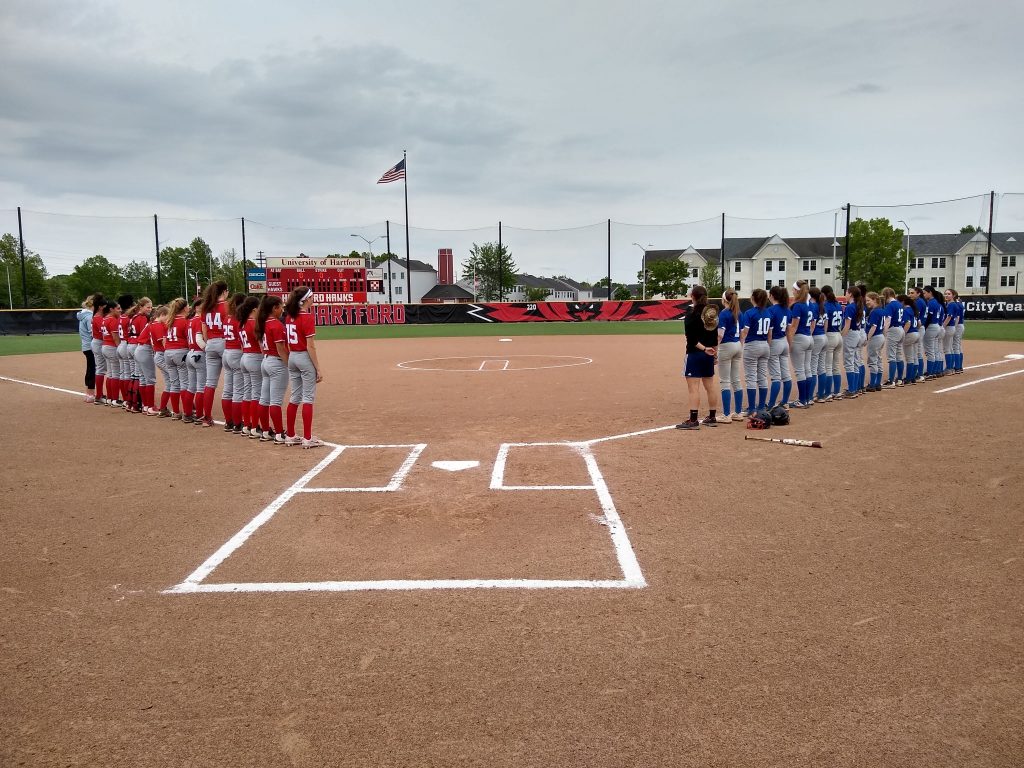