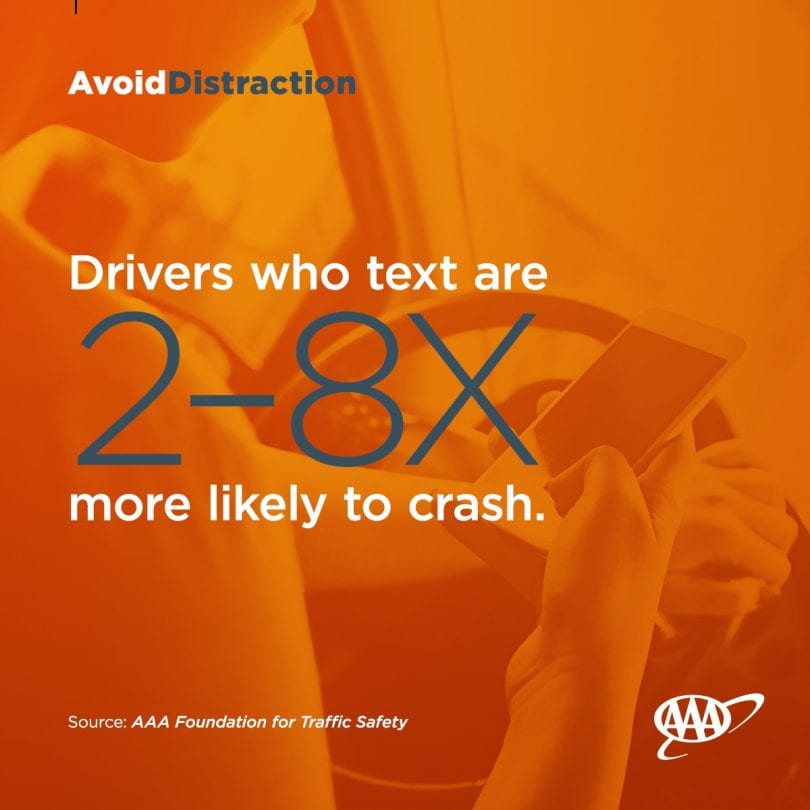 April is National Distracted Driving Awareness month but a new AAA Foundation survey indicates that almost all drivers are already aware of the problem and fear it is getting worse.

The annual Traffic Safety Culture Index survey by the AAA Foundation for Traffic Safety shows that 88 percent of drivers believe distracted driving is on the rise, topping other risky behaviors like:

The number of drivers who report using a cellphone behind the wheel jumped 30 percent since 2013.

Almost half of all drivers (49 percent) report recently talking on a hand-held phone while driving and nearly 35 percent have sent a text or email. Despite their own behavior, most drivers (nearly 58 percent) say talking on a cellphone behind the wheel is a very serious threat to their personal safety, while 78 percent believe that texting is a significant danger.

“What we have seen year after year is this ‘do as I say not as I do’ behavior. A sense that ‘I can text but you can’t,’ which is extremely troubling,” says Amy Parmenter, spokesperson for AAA in Greater Hartford.

“The intention of this study is to better understand drivers’ perceptions and attitudes towards risky behaviors, so we can figure out the best possible way to address those issues to reduce crashes,” Parmenter says. “With more than 37,000 fatal crashes every year, we’ve got to do everything we can to save more lives”.

Although federal estimates indicate the number of distracted driving crashes has actually dropped two percent, that number is likely erroneous given that distracted driving is difficult to detect following a crash, which makes it one of the most underreported traffic safety issues.

AAA urges drivers to act responsibly when behind the wheel. In order to avoid distractions, drivers should: