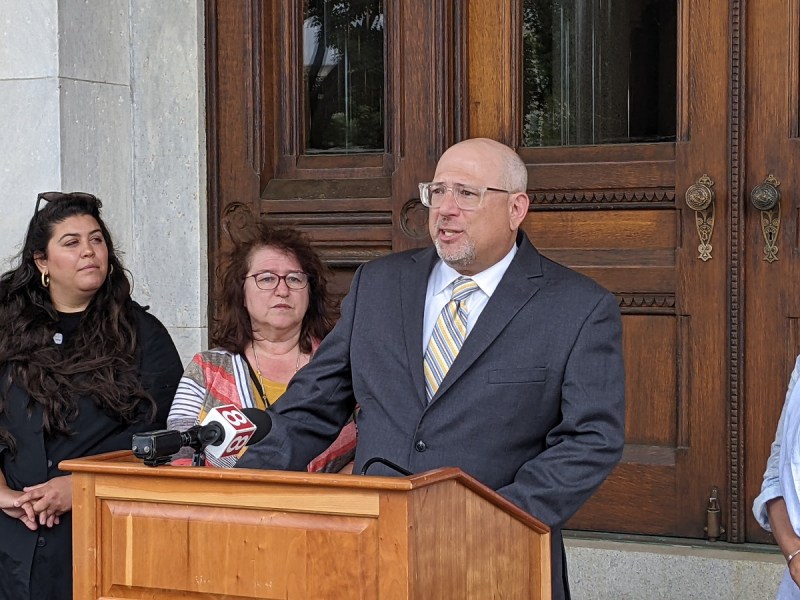 State Rep. Jillian Gilchrest, a West Hartford Democrat who co-chairs the legislature’s reproductive rights caucus, condemned violence against pregnancy centers and any other providers in the state, and said she did not expect it would be an issue in Connecticut.

Opponents of abortion in Connecticut worried Thursday about the potential for violence against pregnancy crisis centers if the U.S. Supreme Court follows through with its expected reversal of the Roe v. Wade decision that has long made abortion legal nationwide.

State law ensures that abortion will continue to remain legal in Connecticut regardless of the outcome of the Dobbs v. Jackson case, in which the high court is expected to overturn Roe in the coming days.

However, during a morning press conference outside the state Capitol, members of the Connecticut Catholic Conference, Family Institute of Connecticut and operators of pregnancy crisis centers called on state leaders to condemn potential violence inspired by the court’s expected action.