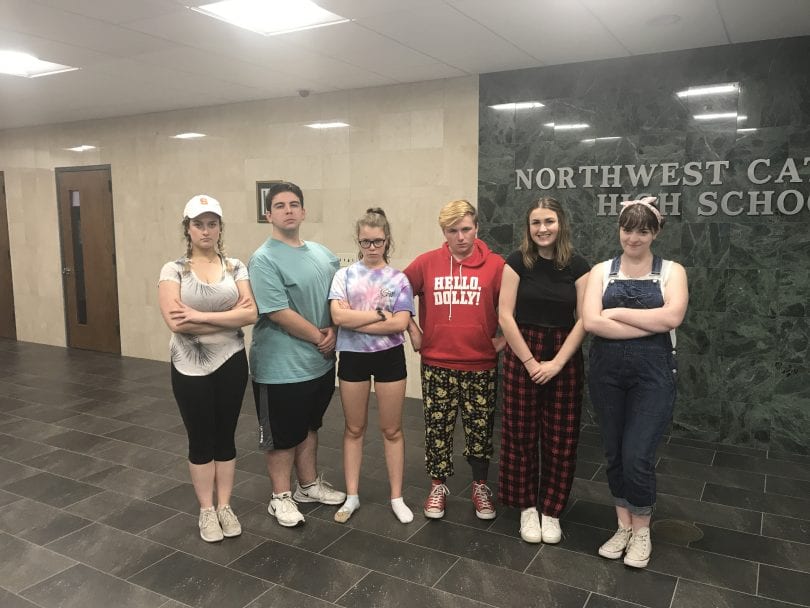 Spooky, spectacular, heartwarming, and hilarious were some of the terms that the cast and crew of the West Hartford Summer Arts Foundation‘s production of “The Addams Family” attributed to their upcoming performance.

Debuting in 2009 on Broadway, the cast and crew of SAF’s 42nd production will bring the dark yet hilarious characters of “The Addams Family” to life at Northwest Catholic High School in West Hartford from July 26-28 in a show that demonstrates the values of an open, honest family.

Artistic Director Sara Demos Avery said, “For anybody who grew up with ‘The Addams Family’ certainly there is that flavor of that you really liked when you were watching on TV.” However, Avery added that even for someone who has no loyalty to the show, there is a modern twist for people of all ages and walks of life to enjoy.

“I want to make sure to incorporate the Wednesday Addams everyone knows from the show, but also bring something new,” Stephanie Reuning-Scherer shared about her role as Wednesday Addams – who is she said is older now than how she was depicted in the show.

Hayley Beth Eicher, who plays Morticia Addams, said her favorite part of creating this production has been delving into the mind of Morticia. Eicher added that she is excited to share the story with the audience because “the characters are so different from the way any person would act.”

“This story is completely unique and there are a lot of surprises in it,” said Janey Lorenzo who will play Alice Beineke and is a recent graduate of Conard High School.

From the preliminary stages of auditions and planning, Avery said the response to the production has been extremely positive from all of the cast and crew members, many of whom are students, or recent graduates, of West Hartford schools.

Director and Choreographer Kate Morran shared that auditions began in May and June. “We have a lot of really strong characters,” Morran said. Morran explained that many of the ensemble characters and Addams ancestors needed to create their own characters, and they have done an excellent job at bringing the Addams’ to life.

Tyler Lauretti, who will play Gomez, is a seasoned member of the cast who will be competing his seventh year with SAF. Lauretti said that the rehearsal process has been so fun and that he has really watching the show come together.

Although the entire show demonstrates intricate – and ironically lively – performances, Morran said, “The opening number is probably [my] favorite.”

Etan Klau, who will play Fester Addams, said, “The rehearsals have been a lot of fun because the way the show is structured is much more than a show, it’s a family.”

Family seemed to be a unanimous description of the production from all of the cast a crew members. “This is family,” Avery said alluding to the ensemble and the creative team.

Charlie Gfeller, who will play Pugsley Addams, said he is looking forward to “being part of such an iconic family,” and added that audience should look forward to the humor of the show.

To purchase tickets, please visit www.westhartfordsaf.com. For any questions, contact [email protected] or call 860-969-1723. SAF is sponsored by the Town of West Hartford’s Human & Leisure Services Department and the Department of Fine & Performing Arts. 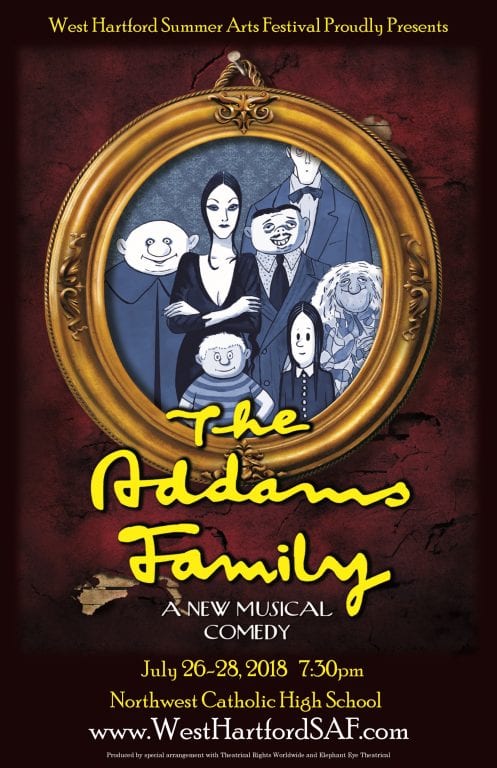 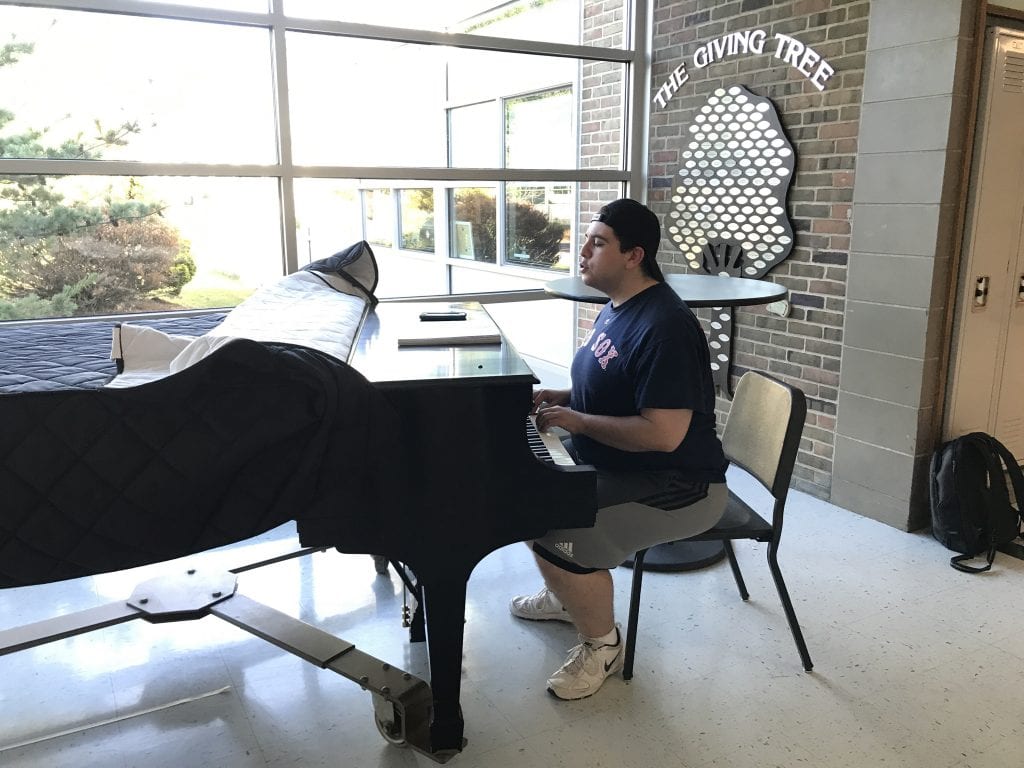 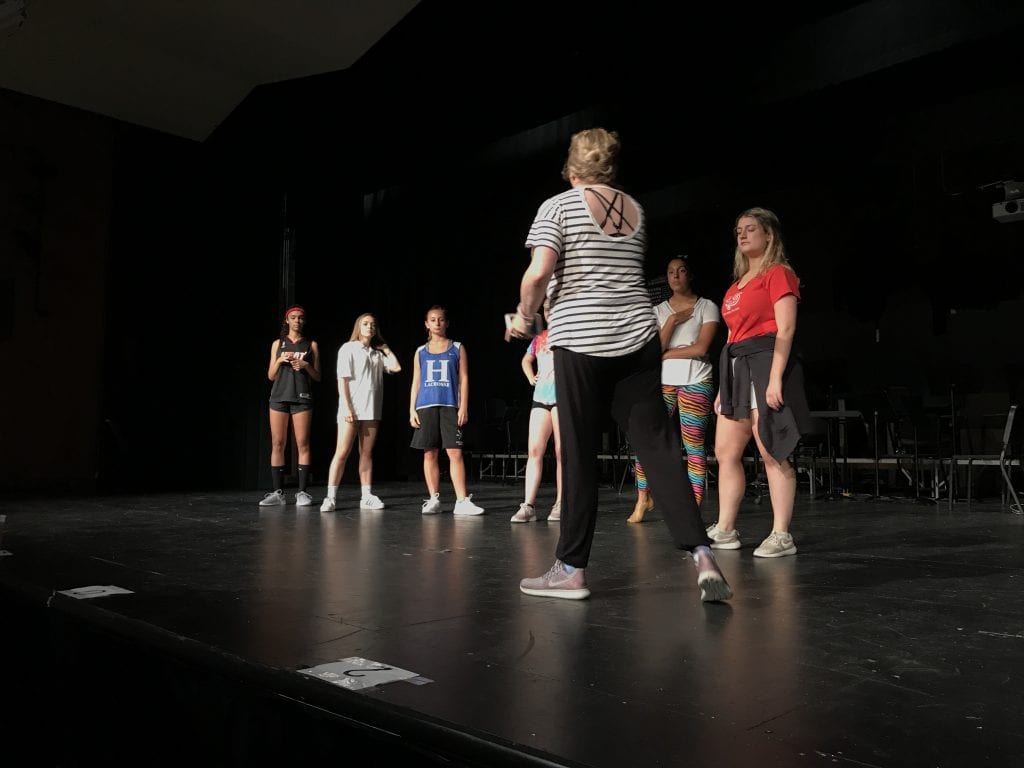