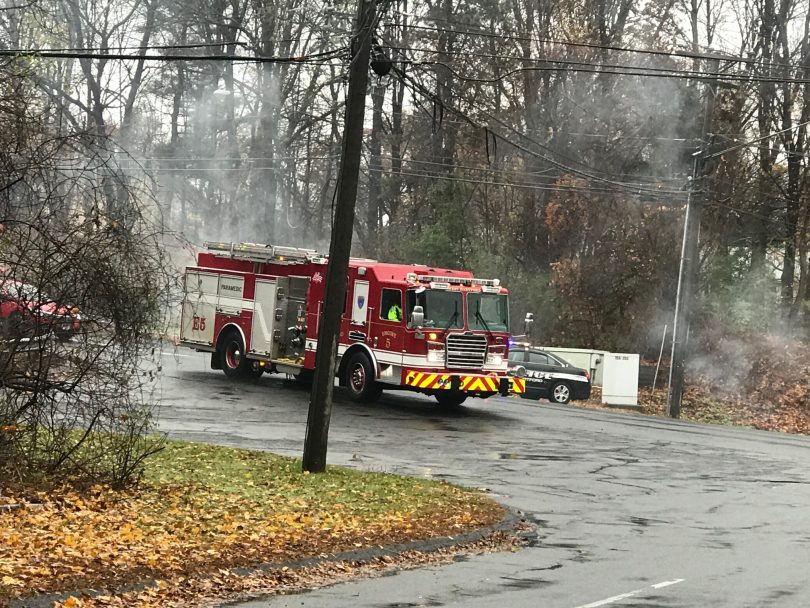 The westbound lanes of Albany Avenue were closed in West Hartford on Tuesday afternoon due to a multi-vehicle crash. Photo courtesy of Cheyney Barrieau

[Updated 2:25 p.m.] West Hartford Police closed the westbound lanes of Albany Avenue on Tuesday afternoon and are continuing to investigate a multi-vehicle crash with injuries.

West Hartford Police are investigating a multi-vehicle crash on Albany Avenue near Renbrook School that occurred on rain-slicked roads at approximately 1:20 p.m. Tuesday.

The road was closed completely to westbound traffic for about 40 minutes, but one lane was re-opened shortly before 2 p.m., police said. Eastbound traffic remained open.

Multiple units from the West Hartford Fire Department, as well as other emergency personnel, also responded to the scene.

According to Fire Chief Greg Priest, units arrived three minutes after the call was received. One person sustained injuries, he said, but the extent of the injuries are not yet known.

There was no need for an extrication, Priest said, but the involved vehicles sustained heavy damage. 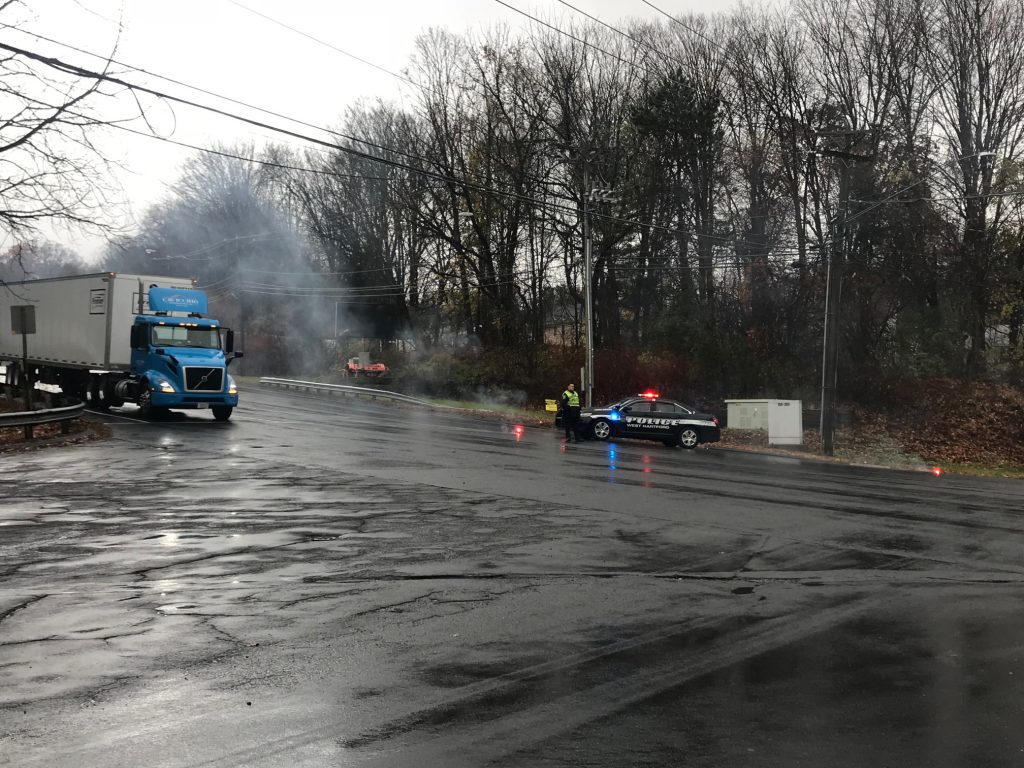 The westbound lanes of Albany Avenue were closed in West Hartford on Tuesday afternoon due to a multi-vehicle crash. Photo courtesy of Cheyney Barrieau