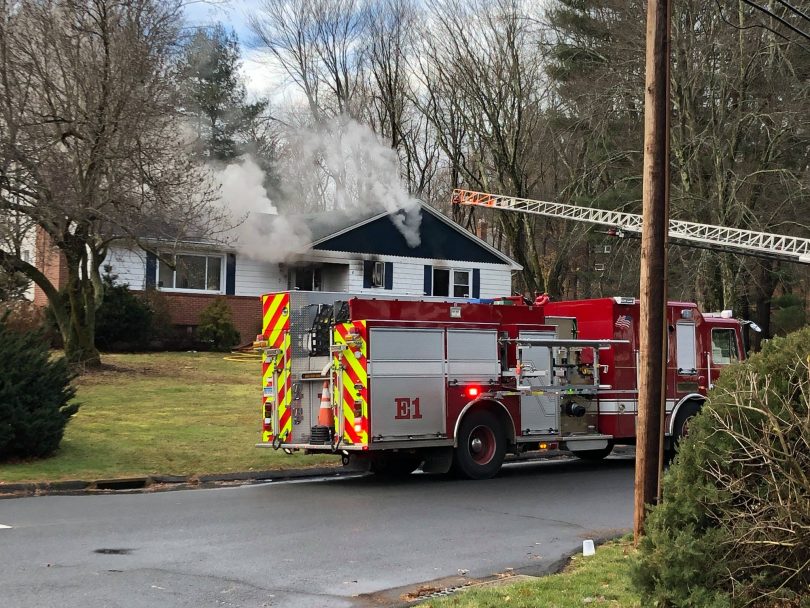 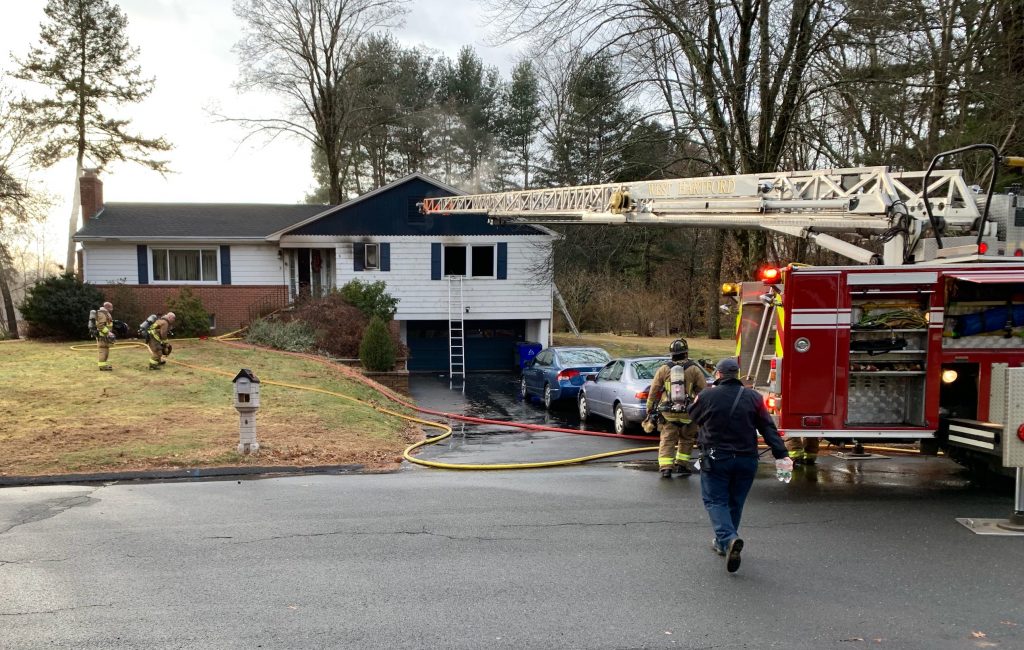 One resident, a woman, was in the home at the time, and self-evacuated without injury, Priest said.

Assistant Chief Mike Sinsigalli, who is also the fire marshal, identified the female resident as Faith Brown, 55. Dale Dumont, 63, who also lives at 3 High Wood Dr., was not home at the time the fire started.

Sinsigalli said that Brown told fire officials that she dropped a match on the ground after lighting a candle in the master bedroom, and the match fell onto the floor by the closet and sparked the fire.

According to Sinsigalli, Brown attempted to extinguish the fire with a pot of water, but when that did not work she exited the house.

Flames were contained to the master bedroom, but the rest of the first floor sustained heat and smoke damage, Sinsigalli said.

A cat was also in the house at the time of the fire, and was evacuated after the blaze was put out, Priest said. He said that the cat appeared to be fine.

Priest said that the fire was reported at 9:11 a.m., and crews were on scene at 9:16 a.m. “That was a pretty short response for the northwest section of town,” he said. High Wood Road is off Mountain Road, right near the Bloomfield line, and about as far as one can get from any of the fire stations.

Although the fire was knocked down quickly and contained to the floor of origin, Priest said that the building inspector has deemed the house uninhabitable. West Hartford’s Department of Social Services has offered assistance in finding alternative housing for the residents.

All five of West Hartford’s fire companies responded to the incident, and the Hartford Fire Department provided station coverage during the incident. Assistance at the scene was also provided by West Hartford Police, the town’s building official, and AMR Ambulance, Priest said.

This home at 3 High Wood Rd. is directly across the street from a home which was destroyed by a fire in November 2011, in the aftermath of the devastating October snowstorm. That fire, at 4 High Wood Rd., claimed the life of 78-year-old Ida Schaechter. A new home has since been constructed on that site. 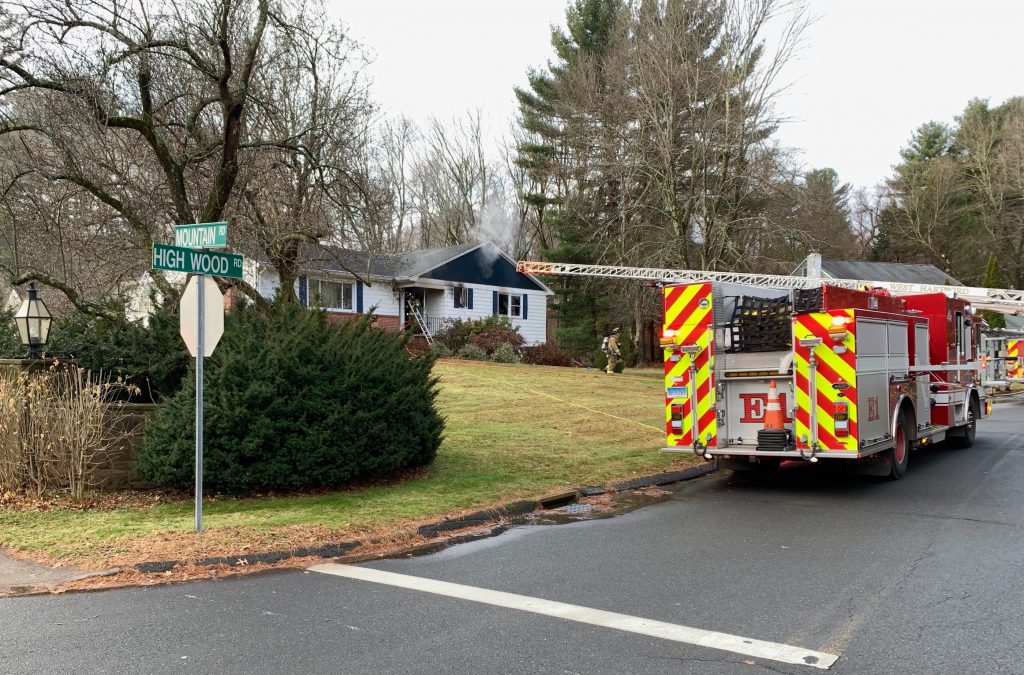