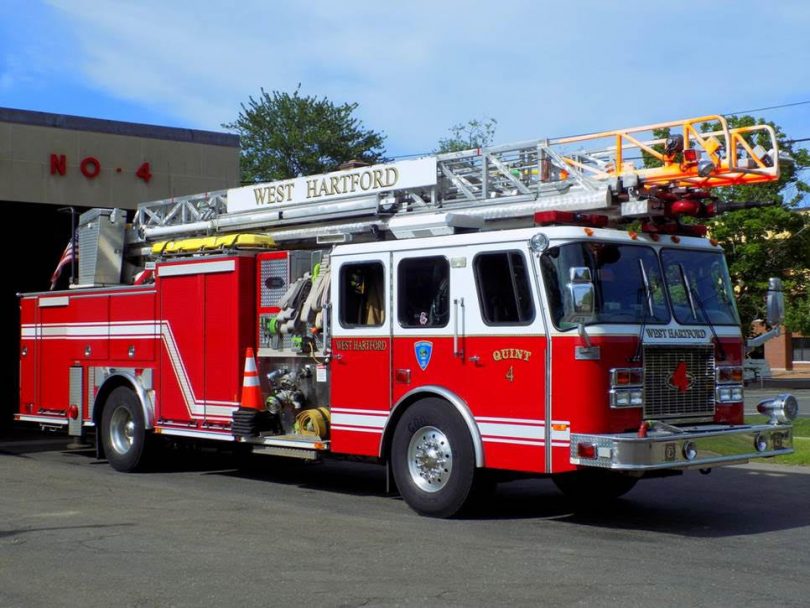 Units were dispatched after a report of a significant amount of smoke coming from the sprawling West Hartford structure which is the home to many elderly and infirm residents.

All five West Hartford Fire Department companies responded to a report of a large volume of smoke spewing from the kitchen area of Saint Mary Home at 2021 Albany Ave. Thursday night, joined by police and units from American Medical Response.

The incident was reported by Saint Mary Home staff at 7:15 p.m., Battalion Chief Mark Bassett said, with the call indicating “smoke coming from the vents with increasing volume.”

Bassett said the first unit, led by Capt. Adam Pacheco, arrived in three minutes. Concern immediately grew because the fire alarm was not sounding, nor had evacuation began, Bassett said, and additional resources were summoned.

Because of the size of the building, which measures several hundred thousand square feet – parts of which were constructed in the late 1800s and have had multiple additions – and because the 100-plus residents of the skilled nursing and residential care facility are primarily elderly or infirm, and many have mobility issues, the major response was necessary.

Water supply was secured from the hydrant, hose lines were deployed, and ladders were placed against the building in case rescue was necessary, said Bassett.

“Captain Pacheco described turbulent smoke banking down from the drop ceiling and stated a functioning ventilation system was quickly ejecting the smoke to the exterior thus preventing smoke detectors from activating,” Bassett said. “He ordered an immediate evacuation of the building by activating a nearby manual pull station to sound the fire alarm.’

Evacuation began and fire doors closed, Bassett said, but before anyone made it out of the building crews had located the source of the blaze, which was an electrical fire within the drop ceiling. “Isolating power to an electric motor servicing a nearby HVAC unit effectively led to fire extinguishment,” Bassett said.