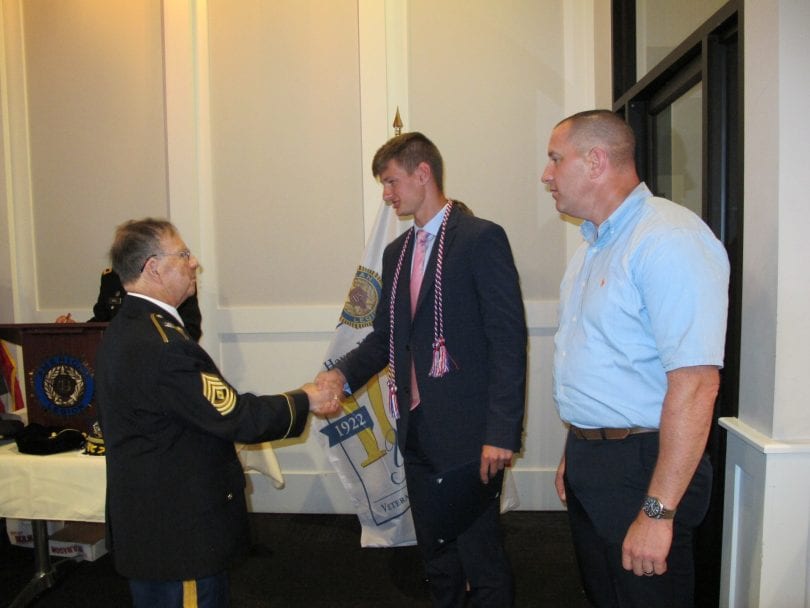 Eight graduates from West Hartford’s Conard and Hall high schools who have committed to military service were recognized June 8 by the American Legion Hayes-Velhage Post 96. 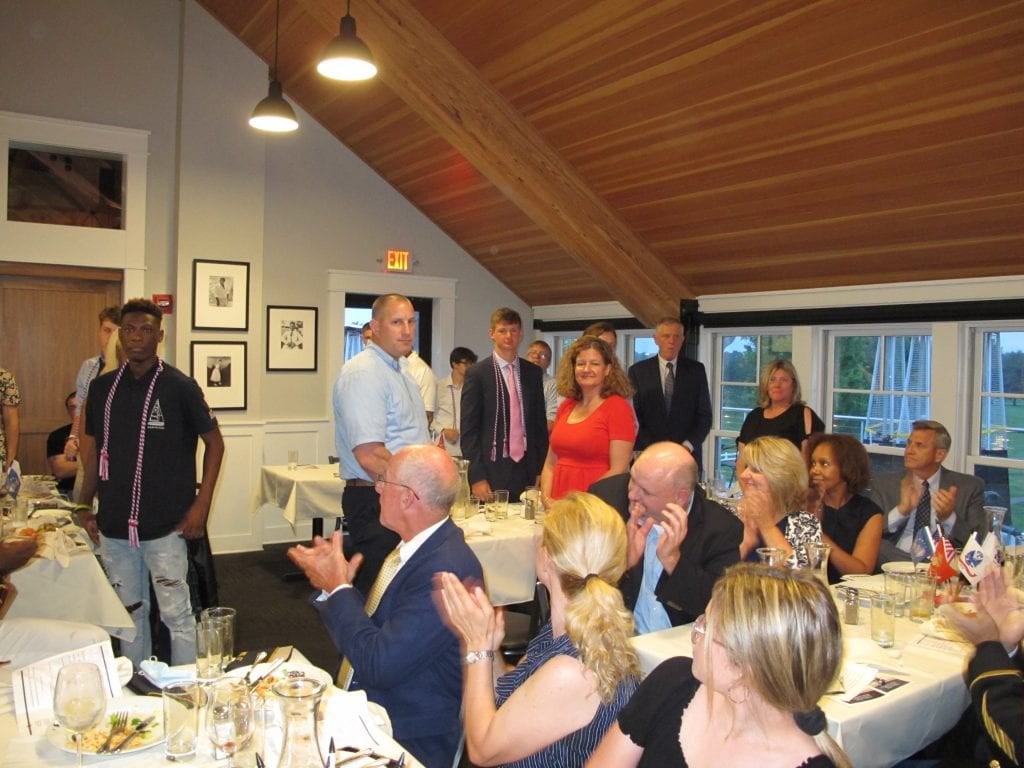 Students who will be entering the military are recognized at a dinner hosted by the American Legion Hayes-Velhage Post 96. Photo credit: Gary McBride

The American Legion Hayes-Velhage Post 96 of West Hartford, with the support of West Hartford Public Schools, have recognized eight graduates from Conard and Hall high schools for their commitment to service in the United States Armed Forces. 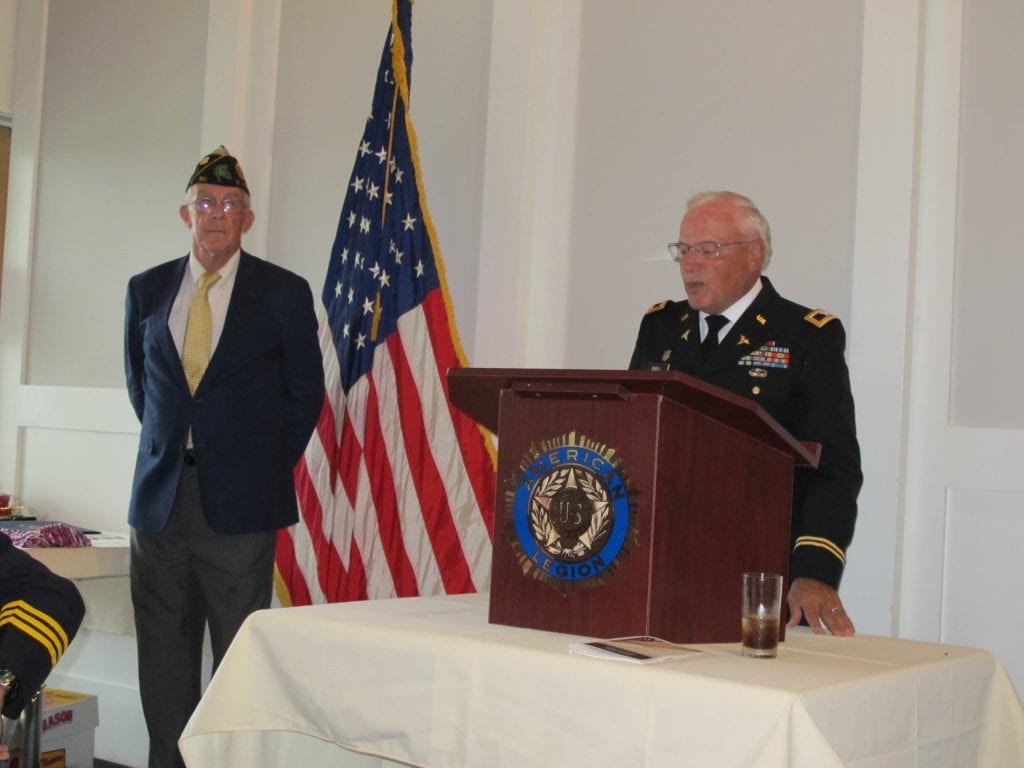 Patrick R. Harrell, Post Commander of American Legion Post 96, said, “Recognition and acknowledgement of the commitment of these outstanding graduates to serve in our military is well deserved.  We congratulate them and wish them success in the next phase of their lives.” He told them they will become a part of an “elite group of Americans, a group that represents less than one percent of our nation’s population that serves to protect our freedoms when called upon.”

West Hartford School Superintendent Tom Moore told the inductees he is always encouraged by the commitment made by the students who volunteer for the role of serving our nation and he is proud that our schools have given them the direction and experience for this next move in their lives. 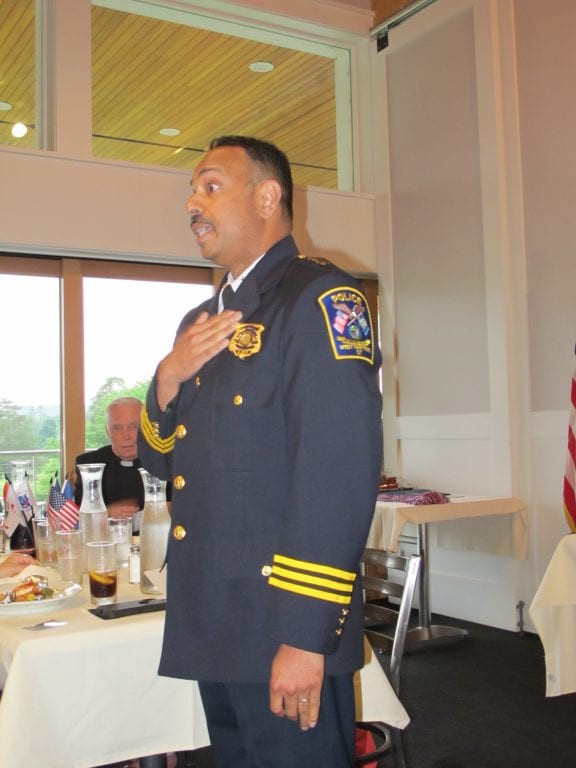 The keynote speaker for the evening was West Hartford Assistant Chief of Police Larry Terra. Terra shared his experiences from the various careers in his life and how his first experience, that of serving in the U.S. Coast Guard, built the foundation for the roles he would undertake in his life.

As he spoke of each of those roles he changed the hat he was wearing to the hat that represented that time in his career, the U.S. Coast Guard, Connecticut State Trooper, captain of Canton Police, assistant chief of West Hartford Police, and the doctoral tam he wore at the commencement when becoming an attorney. As he concluded each experience he would end that segment by returning to his U.S. Coast Guard cap, reinforcing the role that had in his life. 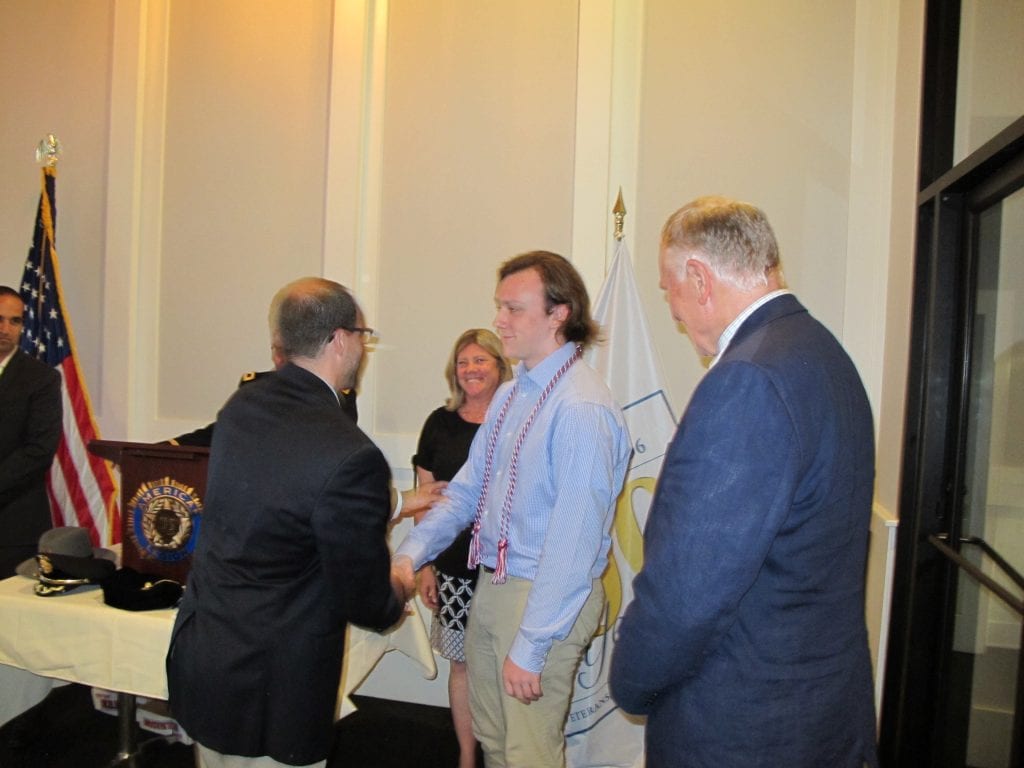 Charles Arnold, a Conard High School graduate who will become a member of the U.S. Air Force, is congratulated at the Military Recognition Dinner. Photo credit: Gary McBride

In recognition of their commitment each inductee received a special cord from West Hartford Public Schools to be worn at their graduation ceremony, and a Certificate of Recognition and a challenge coin from the American Legion.

The following students were recognized for their commitment: 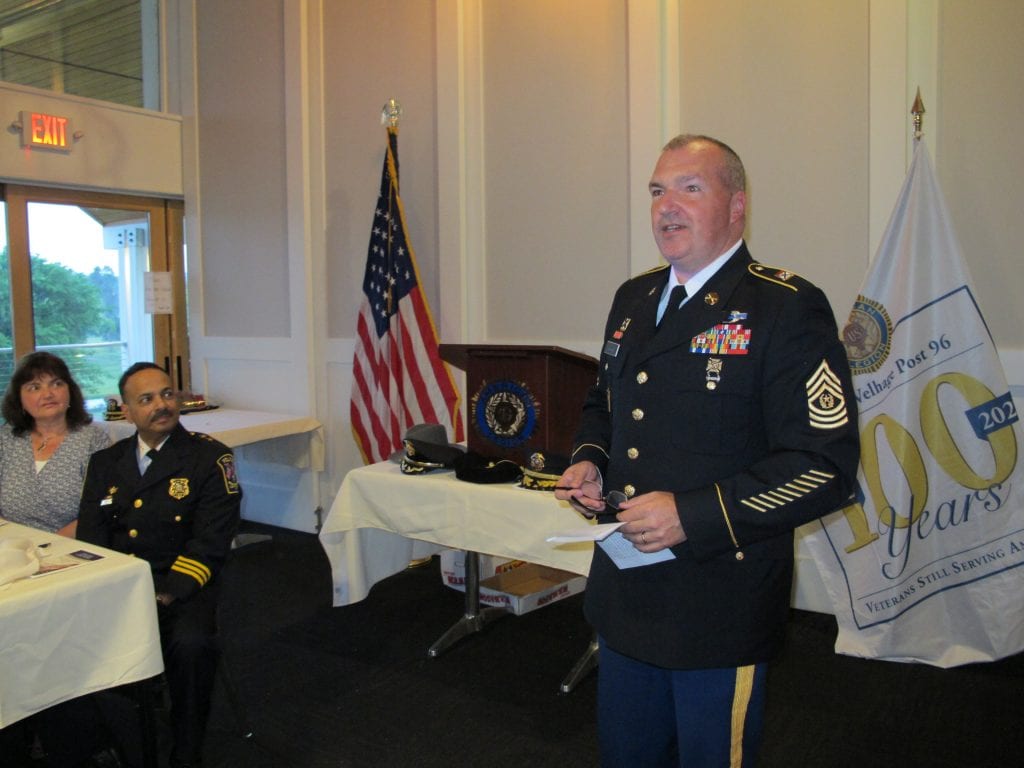 The evenings final speaker was CSM Paul Vicinus, 169th Regiment, who thanked the parents for their support and told the inductees they were about to begin a life changing experience which will stay with them forever. He also read from a poem titled “I Give To You My Son” (Author unknown).

The years have passed so quickly,   since the time it all began
and now he stands before me with, the conviction of a man.

He wants to serve his country, he states aloud with pride
as I sort the emotions, I’m feeling deep inside…

a union of the uncertain fear, for which I can’t control
and allegiance which lies deep within,   my patriotic soul.

I trust my years of guidance, will serve a strong foundation
as he performs the duties called, from this beloved nation.

Oh Sweet Land of Liberty, humbly I give you my son
praying you’ll return him safe, when his work for you is done.

The American Legion Post 96 of West Hartford has been serving our Veterans and Community since 1922 and is open to all military veterans who have served honorably and military personnel currently on active duty. Further information is available at www.post96.org or by contacting the Post at: 860-233-9029.