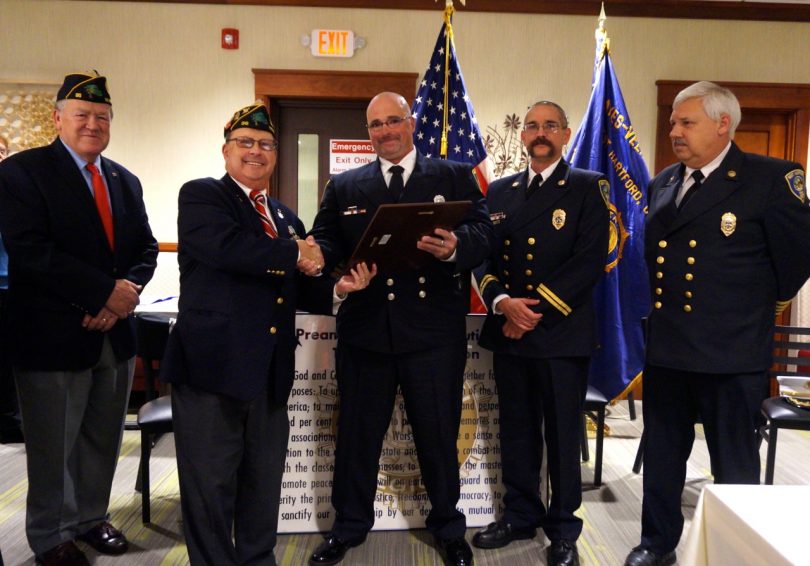 Robert Howe III, who single-handedly rescued two people who were trapped on upper-level balconies when a fire broke out on a lower floor at 140 Kane St. on March 10, 2016, was honored Monday night by American Legion Hayes-Velhage Post 96 as 2017 Firefighter of the Year.

Post 96 Commander Jeff Cole praised all of the firefighters for the job they do.

Kall, the chair of the West Hartford Fire Department’s Awards Committee, said that each year the committee is given submissions. “My committee and I, we sit down and we determine ‘are we just doing the course of our duty or is this something noteworthy?'”

Howe, an apparatus operator with Engine Company #1 on Prospect Avenue, definitely went “above and beyond” with his actions in the Kane Street fire, Kall said.

As a driver, Howe’s responsibility includes placing the apparatus in a good location and setting up and connecting the hoses, and making sure the water is available in a timely fashion.

When Howe arrived at the apartment fire on Kane Street, a four-story building, there was already a large volume of visible fire and smoke throughout the entire building. Multiple people were reported hanging out of windows and balconies, Kall said.

“Apparatus operator Howe from Engine 1 saw a few lives in immediate danger being trapped by heat and smoke from the fire which was adjacent to their apartment,” Kall said. “He quickly deployed a ground ladder from his engine and rescued two people by himself. He did this without any direction from his officer, knowing the urgency of his actions.”

Howe’s actions “contributed to the positive actions of this fire,” Kall said. Overall more than 100 people were evacuated, with 18 directly rescued by firefighters, including several who were in wheelchairs.

“This is an honor that you guys have nominated me … but without you guys doing your jobs I wouldn’t be able to do mine,” said Howe, after he accepted the award and proclamation. “We do what we have to do to protect the people of this town.”

Former Post 96 Commander Moe Fradette, who served as emcee for the ceremony, remarked that he first met Howe, a West Hartford native, when he coached his youth baseball team decades ago.

Winn also shared words of praise for Howe, who started on his shift when he joined the West Hartford Fire Department in 2000. That entire shift attended Monday’s ceremony.

Monday’s meeting was the first since Post 96’s second-floor meeting space at 45 Memorial Rd. was renovated and transformed into Flora. The plant-based restaurant, operated by chef KC Ward, held several private events before opening to the public on Wednesday. Post 96 will continue to hold its meetings and events in the space. 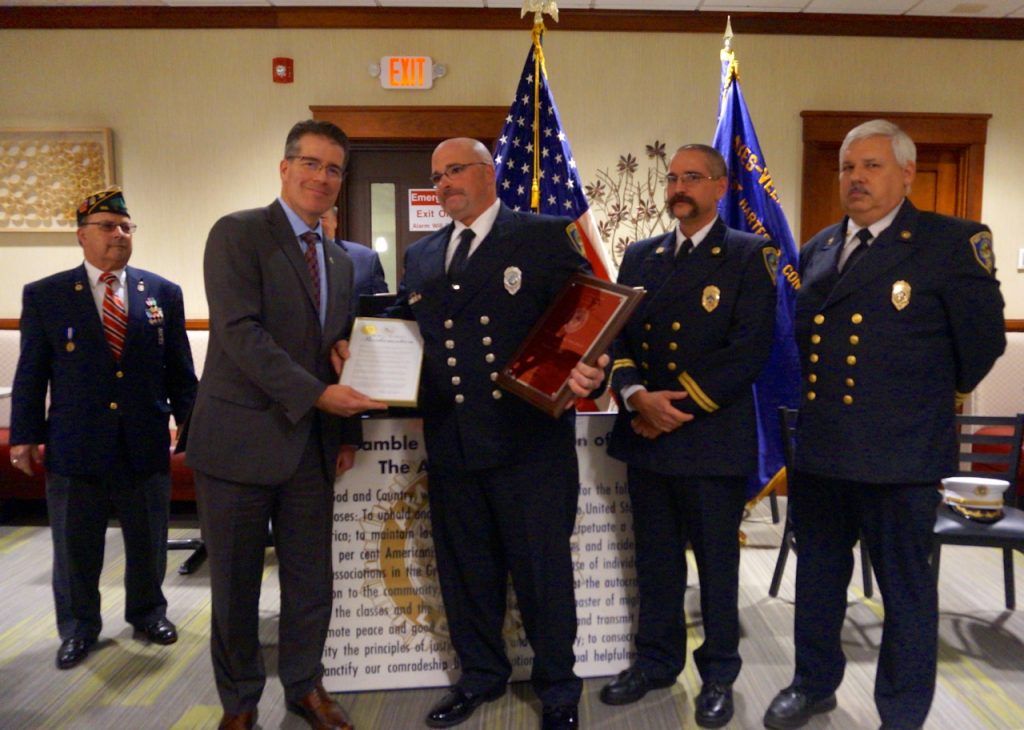 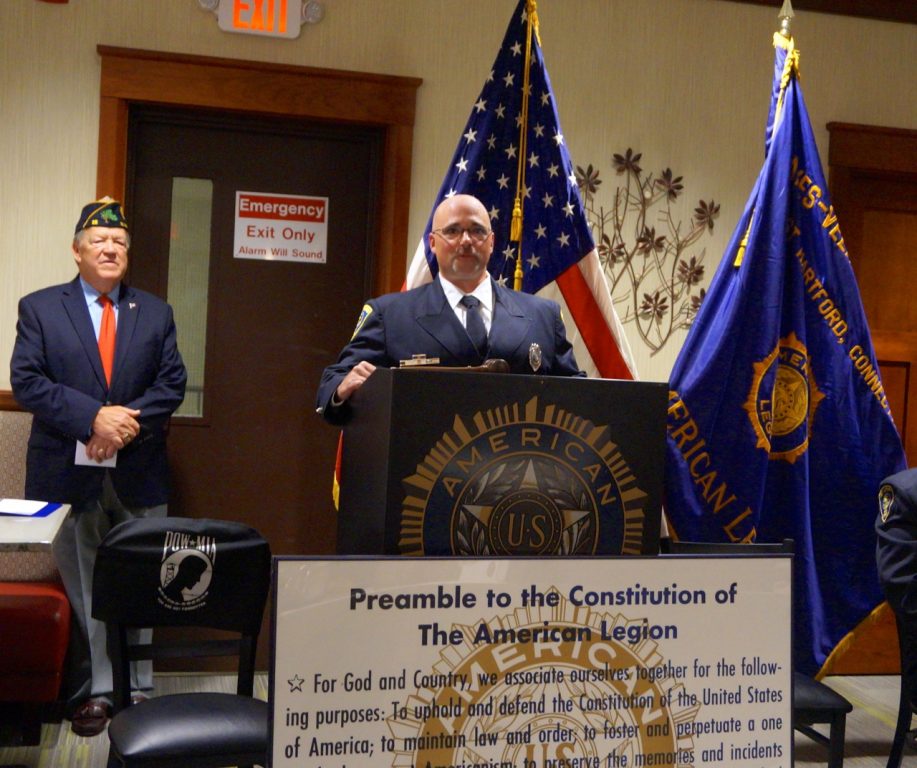