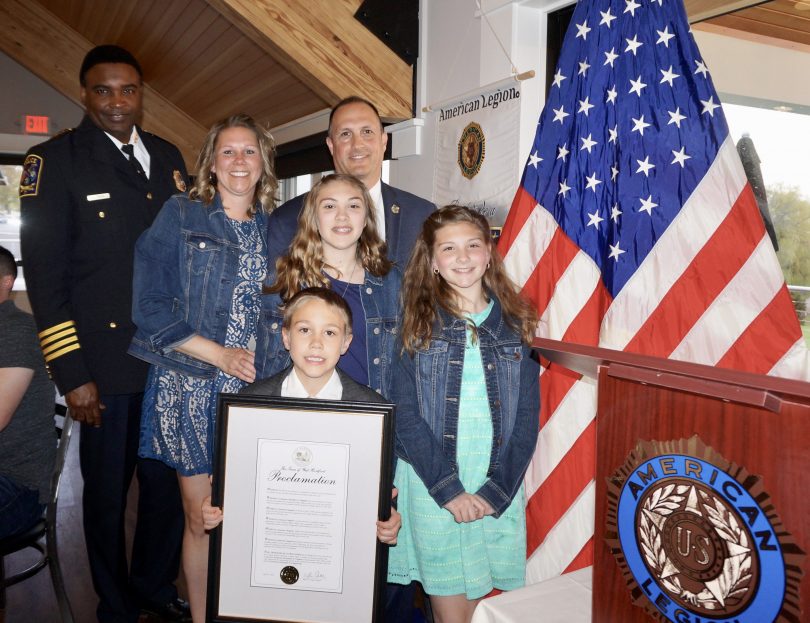 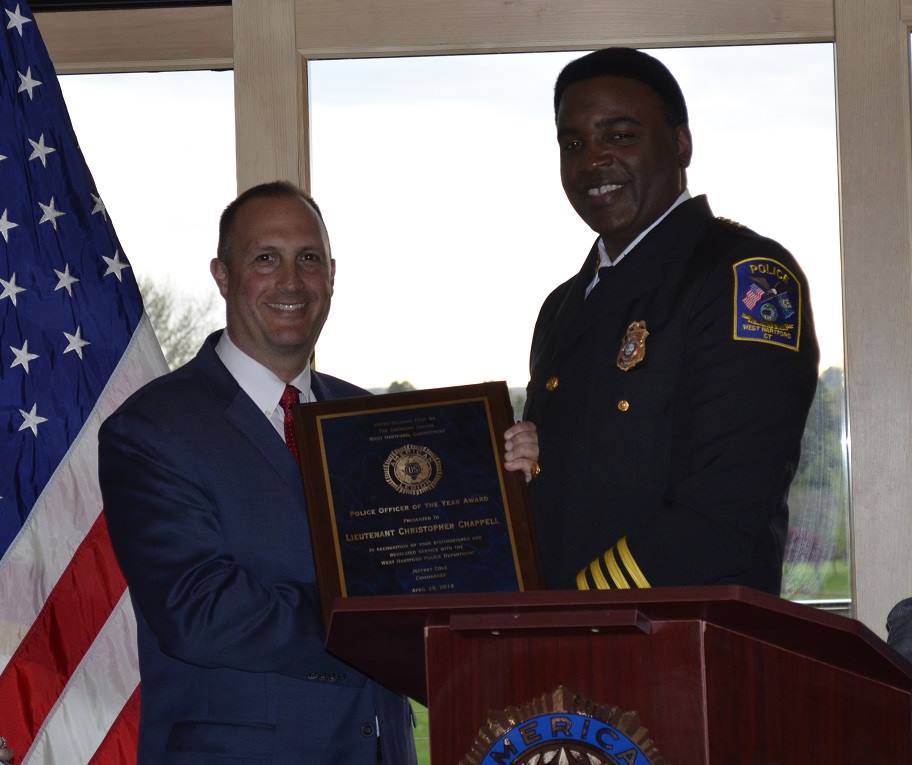 Lt. Christopher Chappell has received multiple awards and accolades during his nearly 20-year tenure with the West Hartford Police Department – merit awards, unit citations, commendations, letters of thanks from citizens, and awards from outside agencies – and last week, after being nominated by his peers, Chappell was honored as American Legion Hayes-Velhage Post 96’s West Hartford Police Officer of the Year for 2019.

“It is especially gratifying for Post 96 to have the opportunity to recognize our first responders who have gone well beyond the call of duty to demonstrate dedication and commitment to their profession,” Fradette said, noting that recognizing Chappell is extra special because he is a U.S. Army National Guard veteran and member of Post 96

Chief Riddick said that this is “not a popularity contest,” but rather the Police Officer of the Year is decided by a committee based on many factors.

“To try to talk about the career of the good Lt. Chappell is very difficult because he’s done a lot of great things,” Riddick said. His resume and bio is extremely impressive and what he has been able to do is just incredible.

The number of awards that Chappell has earned is incredible, said Riddick. “And the range of the awards … Mothers Against Drunk Driving, apprehending robbery suspects, shoplifting suspects, you name it he got it.”

Riddick quoted Martin Luther King Jr.: “The ultimate measure of a man is not where he stands in moments of comfort or convenience, but where he stands in times of challenge or controversy,” and said that without a doubt, Chappell has proven himself.

Riddick said he was impressed when he first met Chappell, back in 2005 at the Connecticut SWAT Challenge, and right after becoming chief, and facing his first major incident, Chappell’s leadership was immediately evident. He noted that during Monday’s massive pursuit, Chappell “understood what need to be done, he made the call, and we were able to get a murderer off the streets before anyone else was hurt.”

“We really appreciate your work and your long service to the community,” Town Manager Matt Hart said.

Cantor thanked the department as well, and said she is in awe of their bravery and commitment, clearly evident earlier in the day as well as in the presence they have provided at the town’s religious institutions. She read a proclamation, declaring Monday, April 29, 2019, as “Lieutenant Christopher G. Chappell Day.”

Chappell, emotion clearly evident in his voice, expressed his sincere thanks to the Legion, department, town officials, and his family. He also thanked Capt. Jeremy Clark, joking that Clark likes to say he made Chappell’s career – which is probably right. “So thank you, Jeremy, for making my career, and for also being the best friend a guy could have.”

Chappell said that he is extremely humbled to receive this award, which is usually given to the “super active officers who make a lot of arrests,” of which he is not one. But, Chappell said, he always tries to be the best officer he can be.

My advice going forward, Chappell said: “Find your niche, always do the right thing, and always do your best.”

In addition to the accolades mentioned by Riddick, Chappell has also earned the Trooper First Class Alan J. Tuskowski Award for overall excellence in the police academy, a Distinguished Service Medal from the Hartford Police Department for rescuing a family from a burning building, and the Peter Lavery Award for his response to the Lavery homicide in Newington. One Merit Award was for his life-saving actions during a horrific truck and vehicle crash on Avon Mountain in 2005, and he earned a Unit Citation for his response to a stabbing victim during the October snowstorm in 2011. Chappell earned numerous awards for his military service as well, including a Purple Heart. 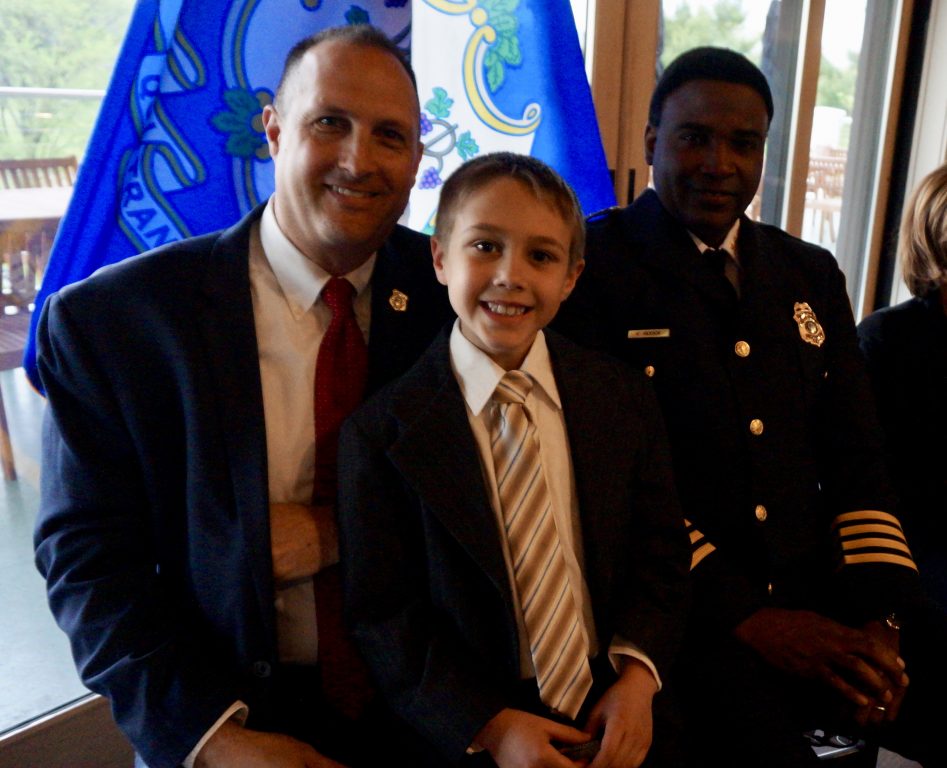 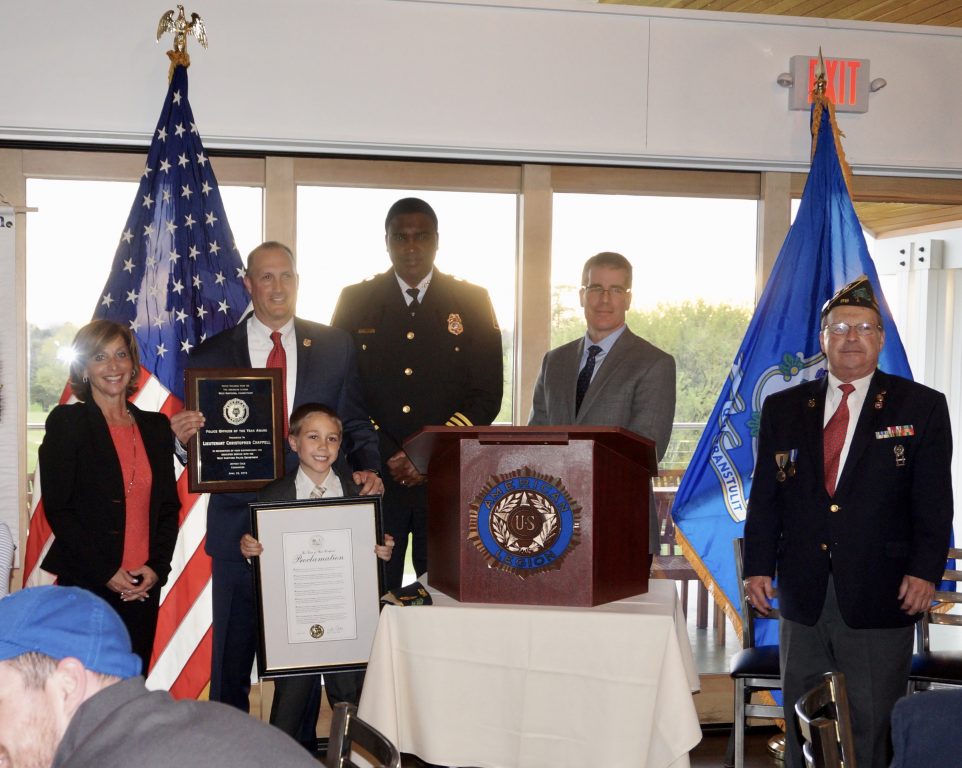 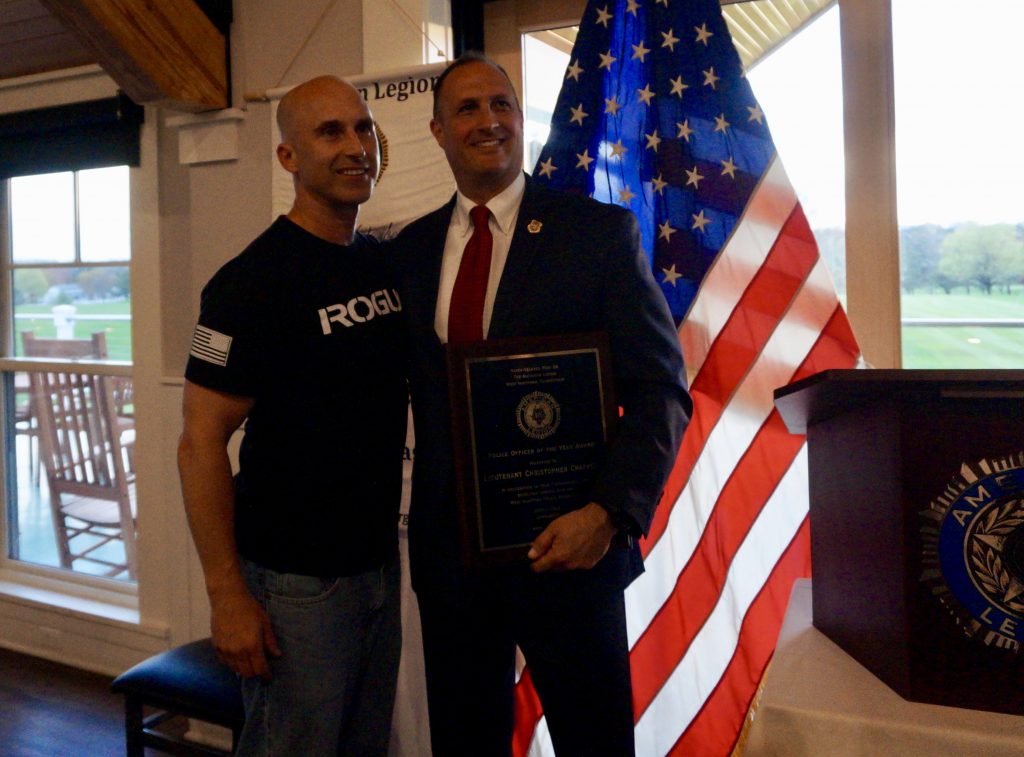 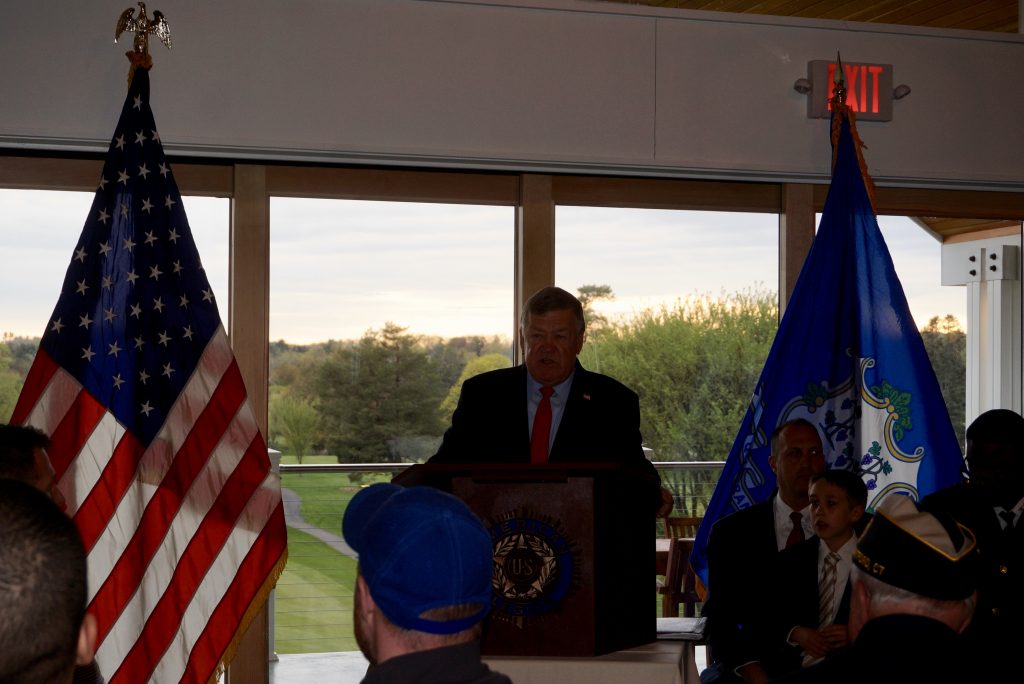 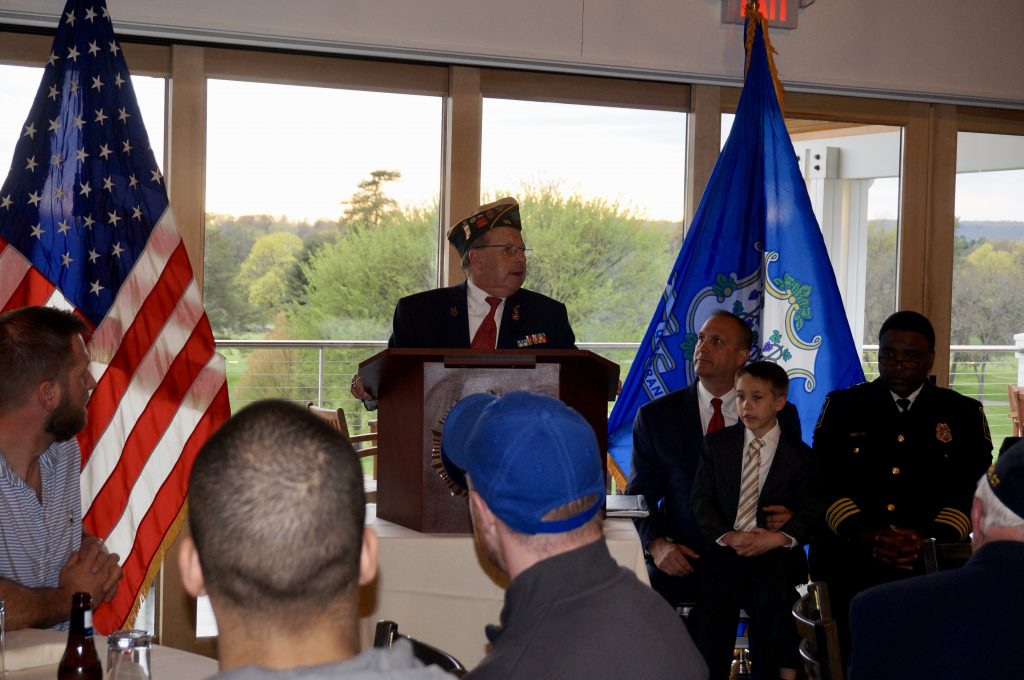 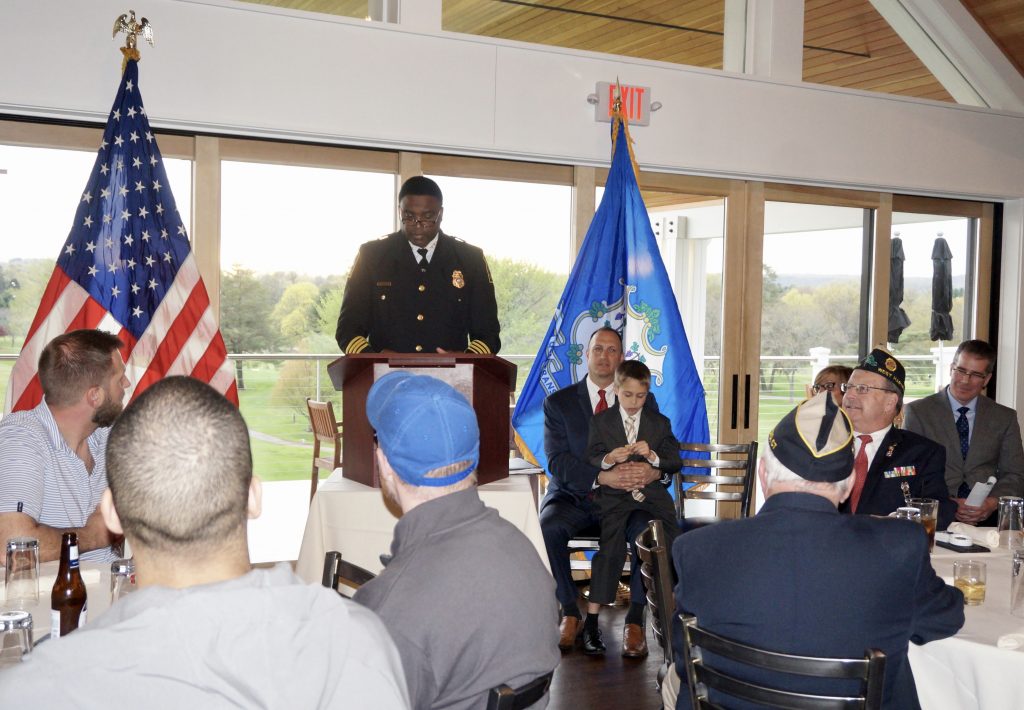 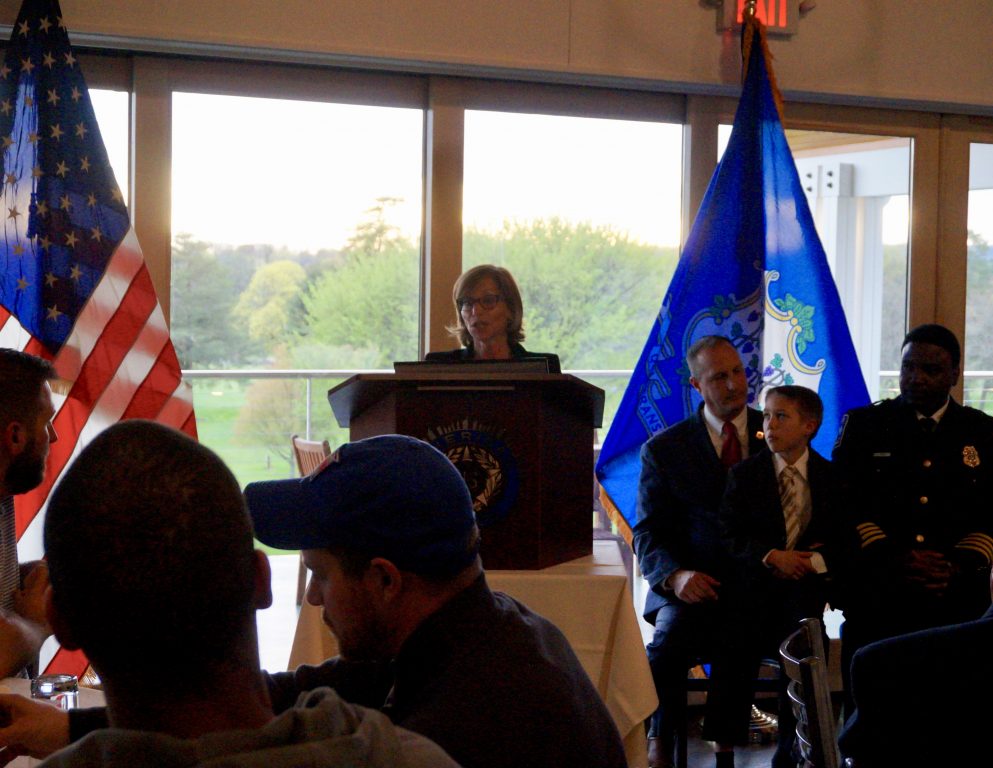