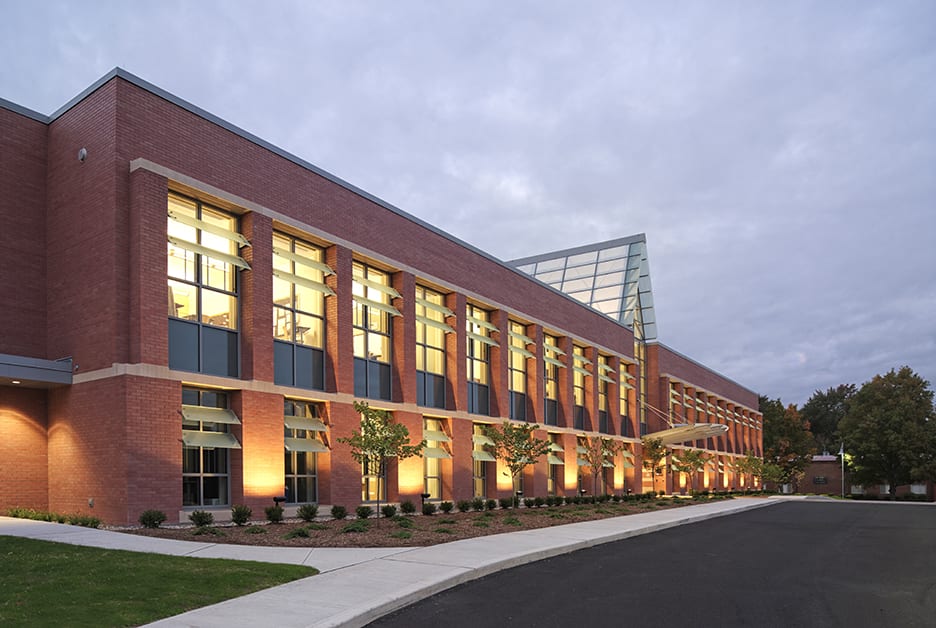 The American School for the Deaf, located in West Hartford, will celebrate 200 years of ’empowering and educating youth’ at an April gala.

In celebration of its 200th consecutive year providing comprehensive educational programs and services for deaf and hard-of-hearing students, The American School for the Deaf (ASD) will host a bicentennial gala at the Connecticut Convention Center on Friday, April 21, 2017, from 6-11 p.m. as part of a 16-month series of events honoring the school, its legacy and its national success. Among notable attendees will be Academy Award-winning actress Marlee Matlin who is scheduled to address guests the night of the gala.

Greg Barats, President and CEO of The Hartford Steam Boiler Inspection & Insurance Company (HSB) and the General Chair of the gala, said, “It is particularly appropriate that HSB is taking the lead on this event, since ASD has been a part of our company culture from the beginning.” He continued, “HSB’s founder, Jeremiah Allen, was appointed Steward for the ASD starting in 1855 and continued to advocate for the deaf and hard-of-hearing long after he became HSB’s first CEO in 1866.”

Another notable figure in ASD history, Thomas Gallaudet, is most well-known for inventing American Sign Language at the institution. Founded in downtown Hartford and located on a recently refurbished campus on North Main Street in West Hartford, ASD now serves students and their families from birth through adulthood with programs such as pre-school, K-12 education, college preparatory programs, vocational programs and a program for individuals ages five through 21 with behavioral disorders.

“We see the 200th anniversary of our school as an occasion for people to understand the power of deaf education,” Jeff Bravin, Executive Director of ASD said. “Access to high quality education has had an enormous impact on every deaf child over the past 200 years as well as deaf children in the centuries to come – not just in Connecticut, but across America and worldwide.”

“It is so wonderful to see the extraordinary impact on the lives of deaf people and their families with their innovative programs,” said Barbara Cassin, chair of the Bicentennial Celebration Committee and a 1975 alumna of ASD. “Our 200th year of success is a wonderful opportunity to recognize the progress we have made as a community and to set new goals for inspiring deaf people throughout America.”

Actress Marlee Matlin, who has accepted the role of Honorary Chair, expressed why she is involved in the event: “Education is a fundamental right for all Americans, and ASD has created a model educational program that makes sure students’ quality of education is not only unhindered by being deaf, but also expanded by it,” Ms. Matlin said. “This school’s 200th anniversary is not only a celebration for the alumni of their programs, but also a way to celebrate the beautiful and expressive language they created and the culture that flourished because of it.”

Matlin won the Academy Award for Best Actress in a Leading Role for “Children of a Lesser God,” and currently stars on the show “Switched At Birth” on ABC family. In addition to her celebrated acting career, she is a champion for deaf rights and education.

Other events in the Bicentennial Celebration will include a triathlon, an informative conference series and an “Iron Chef”-inspired competition in which ASD students will work with renowned deaf chefs from across the country. More information about the gala and other bicentennial events can be found on the ASD Bicentennial Page –http://www.asd200.org. For more for information about attending the gala, call Margaret Lawson at 860.275.7259.

Founded in 1817, the American School for the Deaf is the birthplace of American Sign Language and deaf education. Today, ASD provides pre-kindergarten through high school academic programs to approximately 200 students at its West Hartford, CT Campus, with another 317 children, youth and adults benefitting from a variety of outreach and support services that ASD provides off-campus. ASD provides comprehensive educational programs and services for deaf and hard-of-hearing students, empowering them to become educated and self-directed, lifelong learners. For more information about the American School for the Deaf, visit www.asd-1817.org