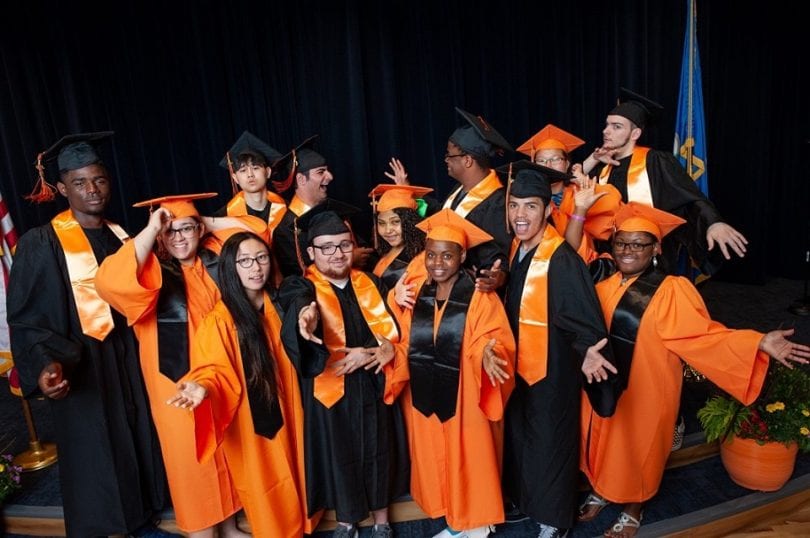 Tuesday night’s commencement, in which 14 students graduated, was the 202nd in the American School for the Deaf’s storied history. 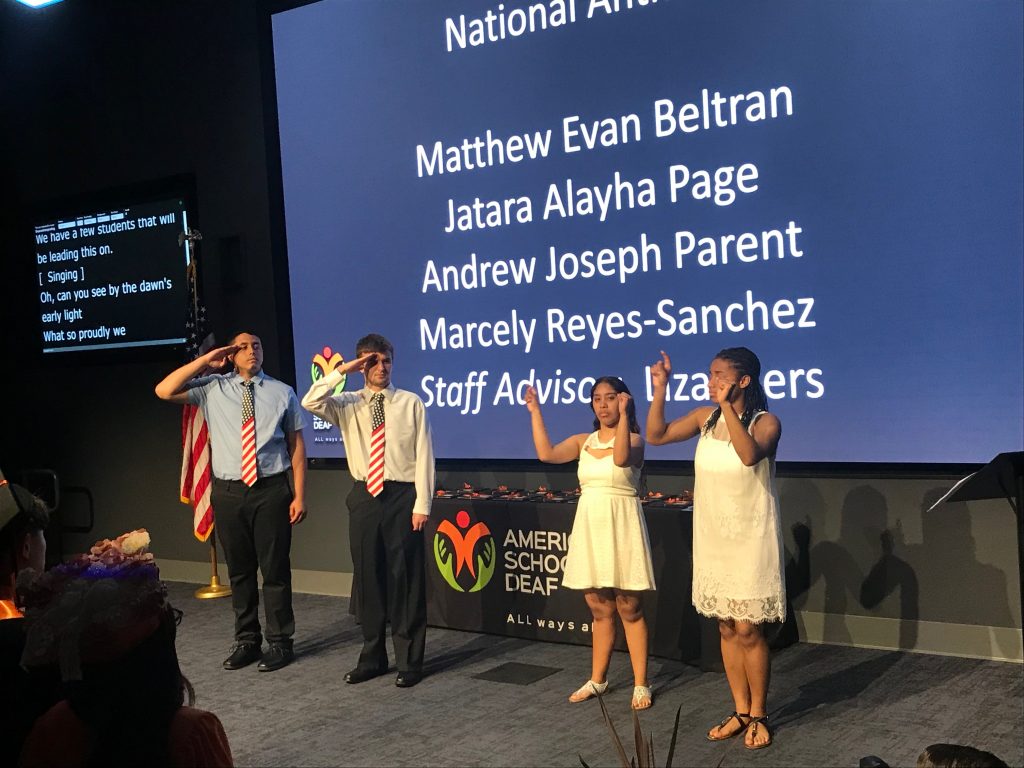 “There will be a dream and you will achieve it.”

Those were the words of Jeffery S. Bravin, Executive Director of the American School for the Deaf (ASD) and Master of Ceremonies for the school’s 202nd commencement. His words, echoed by the other speakers on the night, were a reminder to the graduates that their education could take them wherever their passions lie.

Tuesday’s commencement was a celebratory affair, and it was opened appropriately by the National Anthem, performed in American sign language by four graduates from the class of ‘19. Bravin referred to the performance as “inspirational,” and as one of the best he had seen.

Following the Anthem was a brief speech from Catherine M. Burns, Board president of ASD. Like Bravin, Burns made frequent references to the dreams of the graduates, and told them that “all our dreams can come true if we have the courage to pursue them.

“Your job was to take the charge and prepare for success in a very competitive world, and you did this by using the tools the ASD provided to find your passion and determine your destiny,” Burns added

Bravin was the next to speak, and his uplifting words were a reminder to everybody that graduation is not the end, but the beginning, to an exciting new chapter in the lives of the now alumni.

“It is time, students, to fly, to go out and enjoy the world. It’s a big world out there, but it’s a fun world as well,” said Bravin.

Bravin then returned to the principles of ASD, and reiterated the significance of the school’s motto.

“Our motto here is ‘All Ways Able,’ because we believe all of our students can choose to be whatever they choose to be.”

The student welcome was conducted by Diana Lim of Danbury, CT, and featured a heartwarming surprise. Following Lim’s brief introductory comments, State Sen. Julie Kushner, a representative of Lim’s district, presented her with a letter of congratulations, signed by all the members of the state legislature. Kushner remarked on Lim’s “commitment and perseverance” before offering her the “very best wishes on this memorable occasion.”

The night’s student speaker was Shyanne Brianna Franklin, President of the Class of ‘19. She began by making the sign for transplant, and explained to the audience why it brought her renewed courage and energy during tough times.

Franklin was just 8 years old when she was diagnosed with Nephrotic syndrome, a condition that would eventually require a kidney transplant. She lost her sense of hearing after an allergic reaction with an antibiotic at the age of 2, and lived in a hospital until the age of 6. At the age of 3, Franklin enrolled in kindergarten at ASD, and was rushed back to the hospital at the completion of school every day.

A kidney donor was found when Franklin turned 6, which enabled her to live at home for the first time. Since then she’s thrived, becoming class president and earning honors. She plans to study early childhood education at Manchester Community College.

Despite her successes, however, Franklin acknowledged that “sometimes, life can be a struggle. We aren’t successful. Our plan isn’t working. We hit a wall.”

She credited ASD for giving her the tools to scale the walls of failure, and told the audience that they’ve “helped me to find new ways to achieve and succeed” when faced with adversity.

“I’m a strong woman today because I have suffered through a lot. Just like someone gave me a kidney many years ago, I hope to give children that I teach the gift of myself, and teach them to be strong like me,” Franklin added.

The night’s commencement speaker was Antony A.L. McLetchie, CEO and Superintendent at the Rochester School for the Deaf. His speech was framed around an age old adage: The journey of a thousand miles begins with a single step.

McLetchie’s speech was an encouraging and positive one, but he took the time to reflect on some of the issues the United States and the world are currently facing. He called on the graduates to step up and meet the challenges we face, and reminded them that they are “more prepared than ever to build a better way forward.”

That better way forward, in the eyes of McLetchie, must come one step at a time, and he spoke of graduation as that very first step towards a better future.

“As you embark on your first step this evening, the diploma you have received is the key to many opportunities out there.

“If you take the first step, keep going. Don’t let anything stop you. Be confident,” McLetchie added, before concluding with an uplifting message.

“Now it’s time to move forward, and you will lead the way.”

The presentation of the diplomas followed the graduation speech, and many graduates celebrated their accomplishments in style. Several danced on stage following the reception of their diplomas, and a few even took selfies with the executive director and audience in the background.

In his closing remarks, Bravin, beaming with pride, said “This class, it might be small, but I’m going to tell that it’s a fun class, and I’m going to miss all of you,” a fitting end to such a joyful celebration. 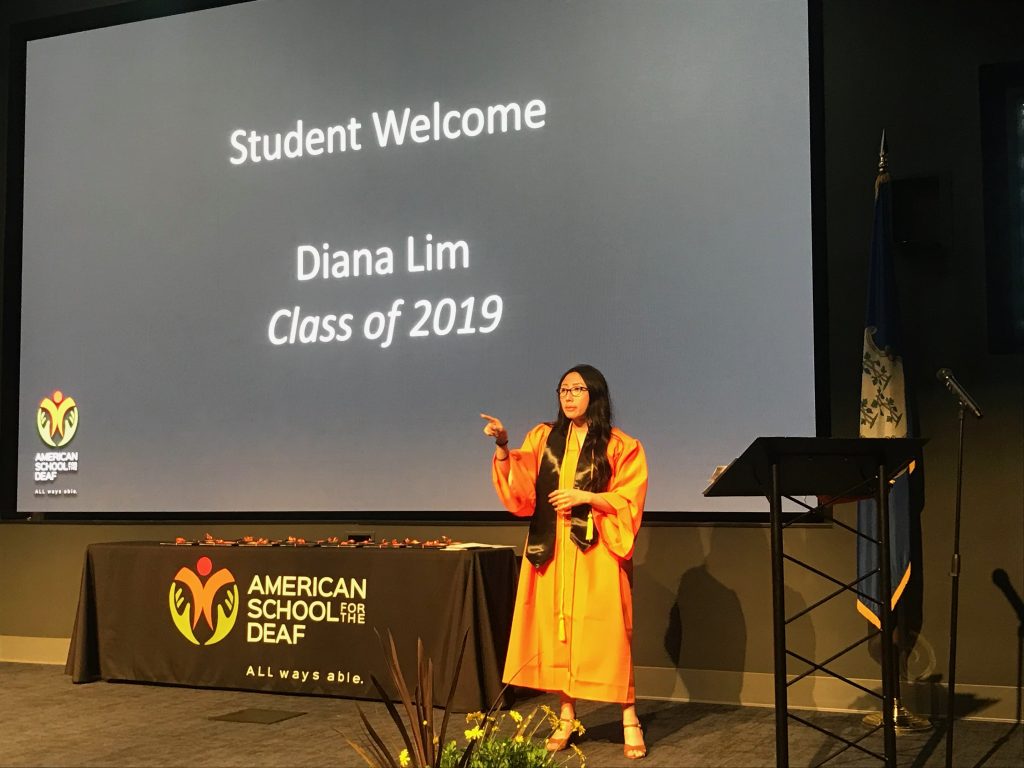 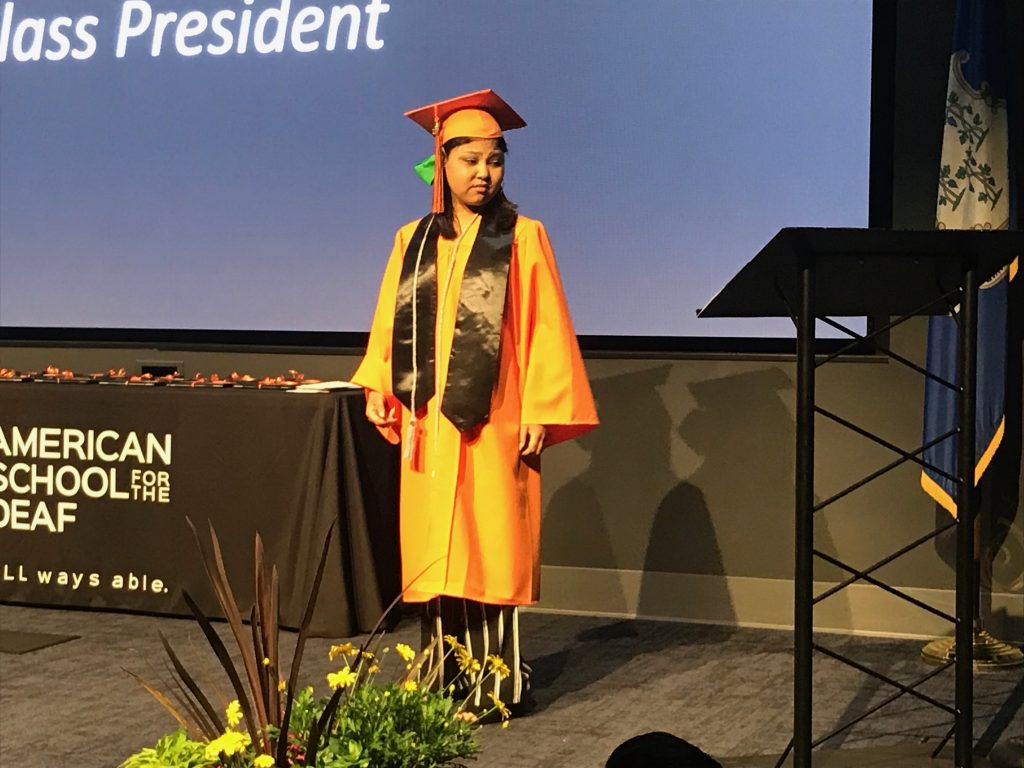 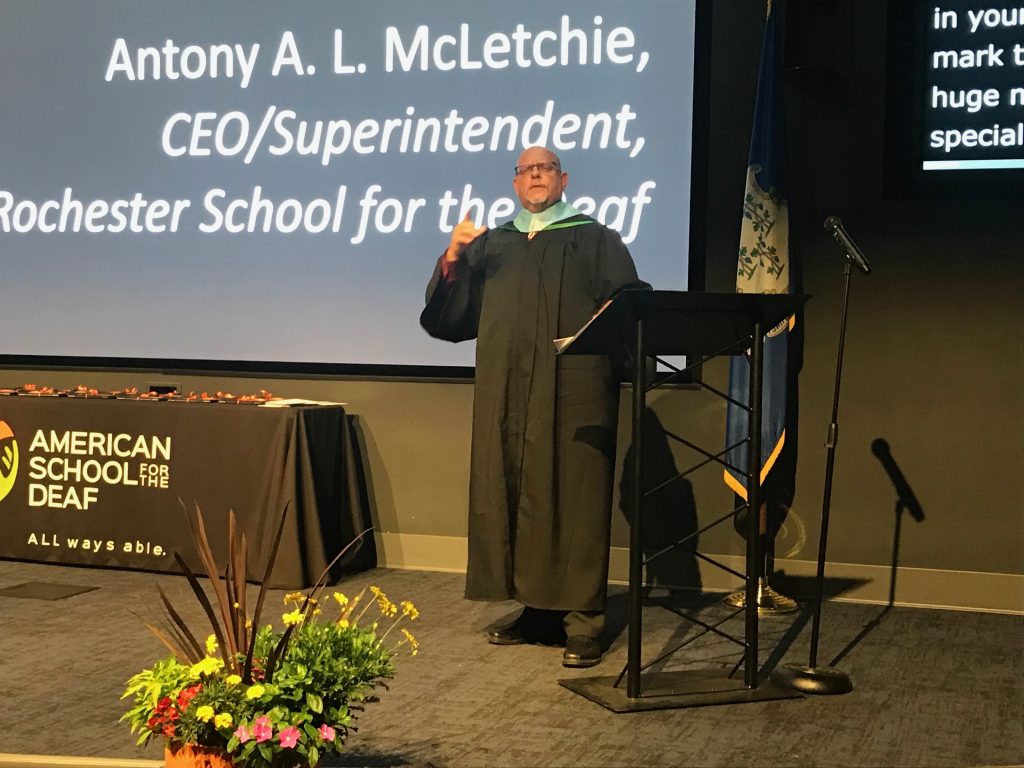 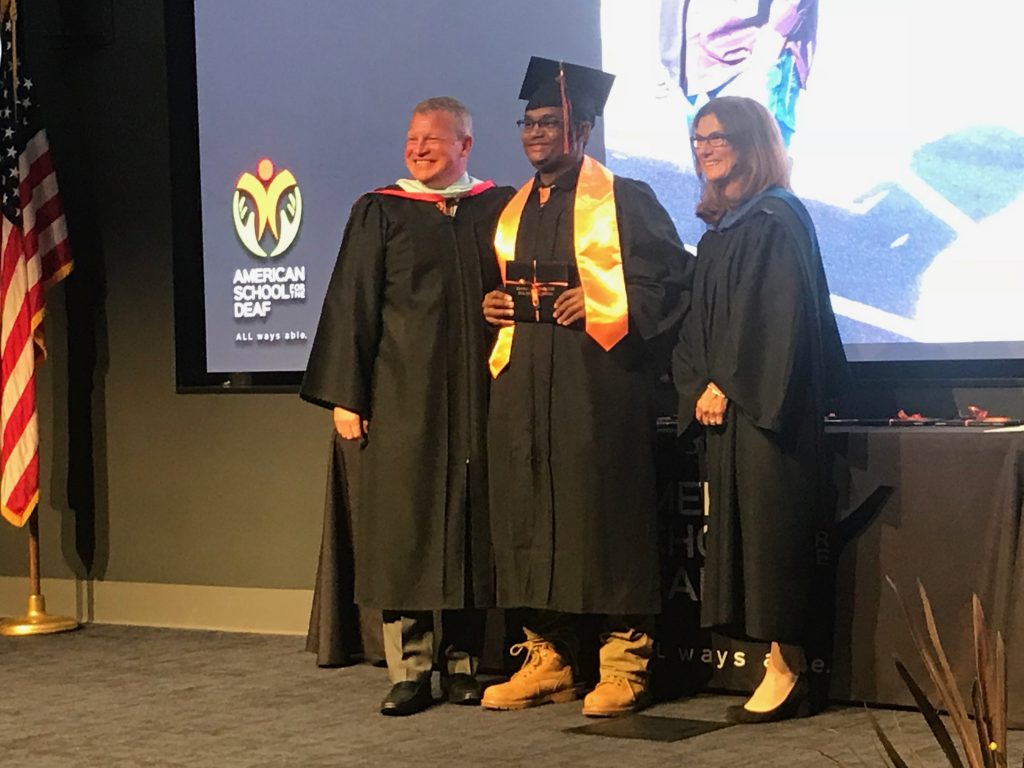 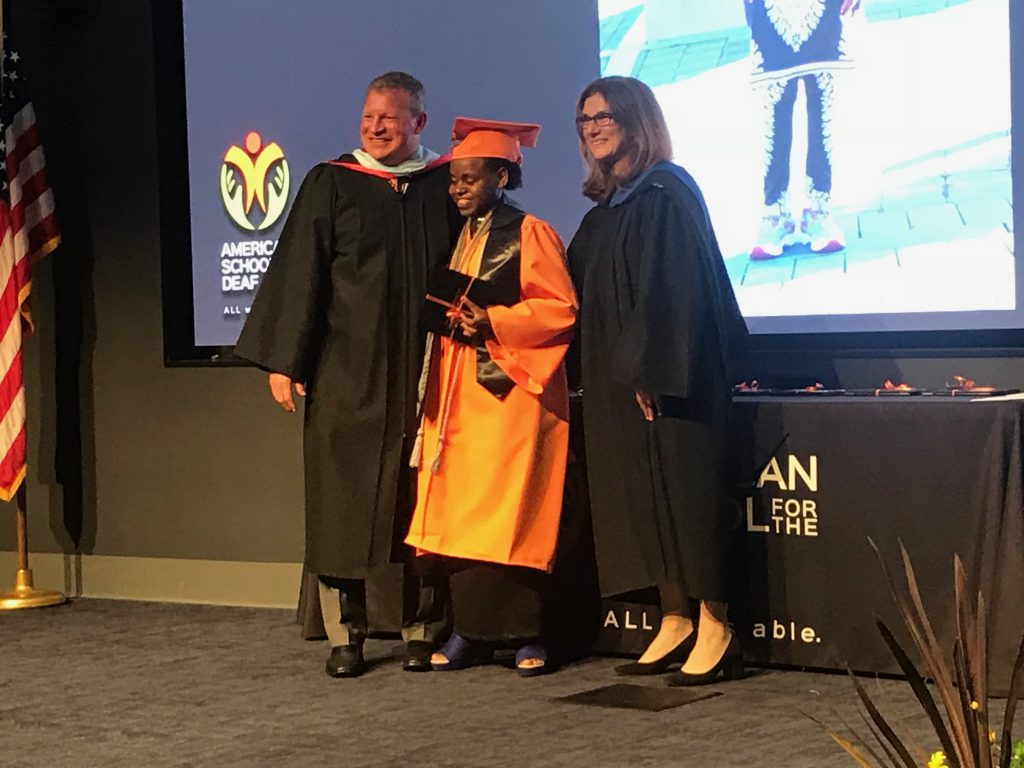 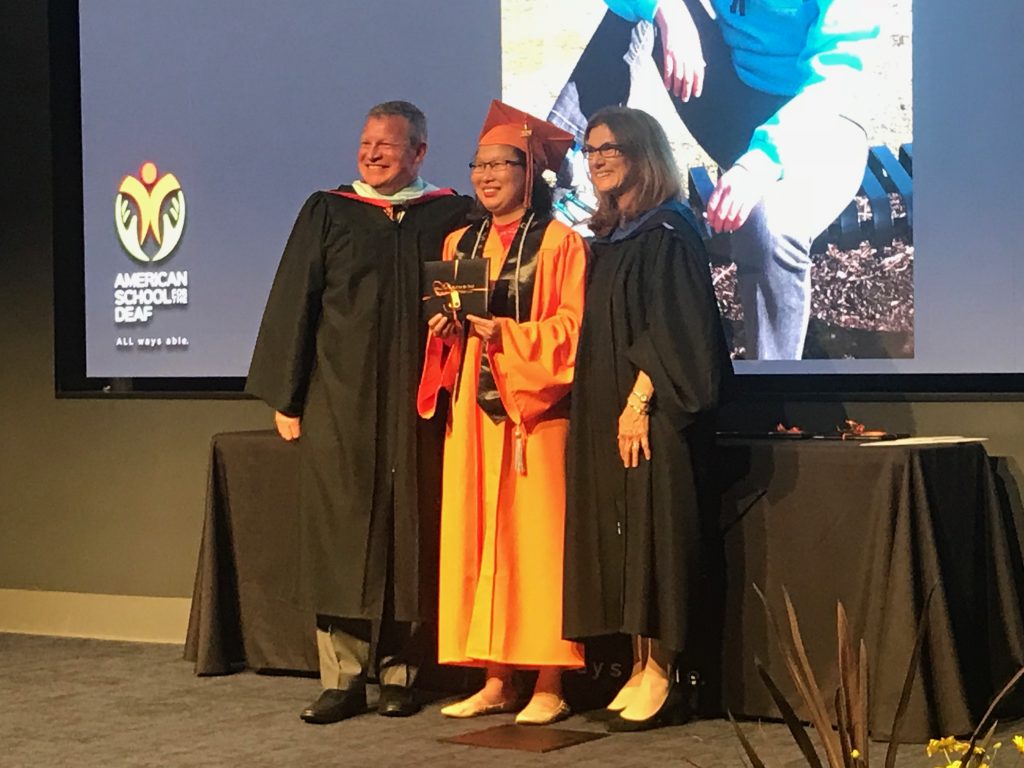 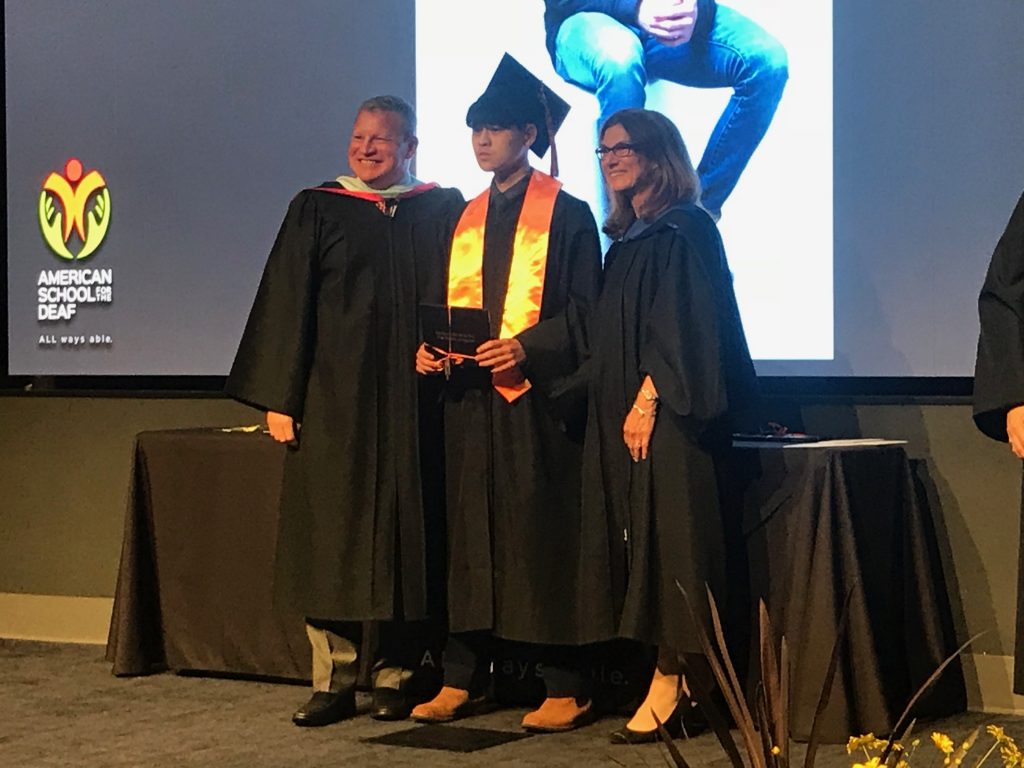 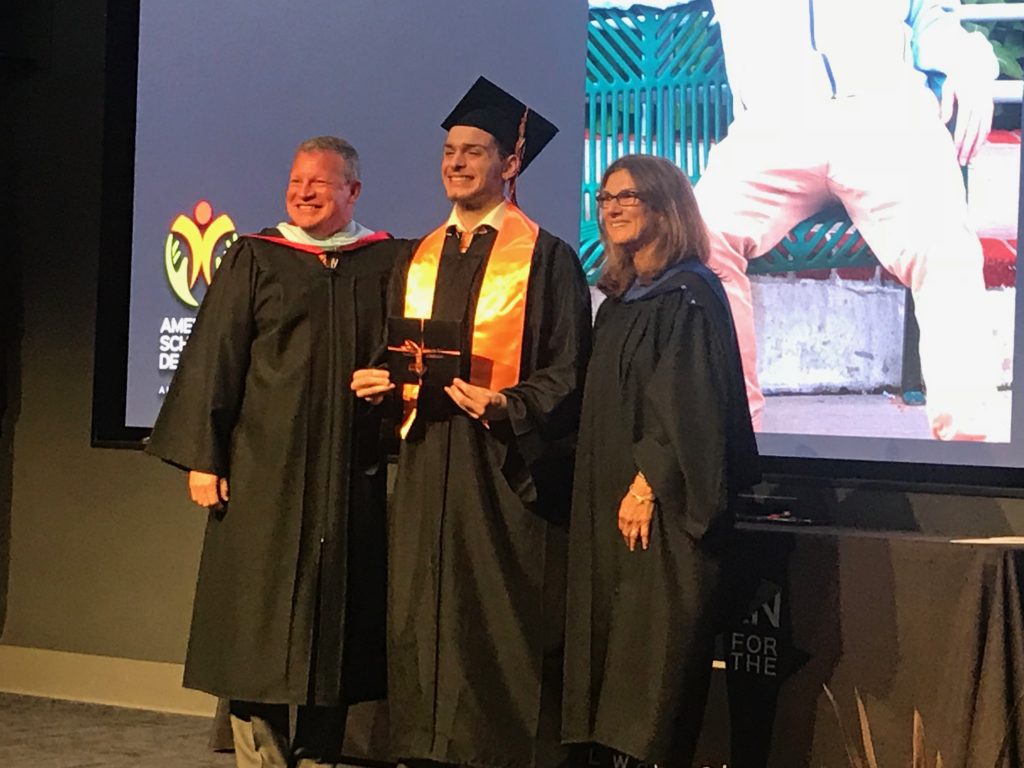 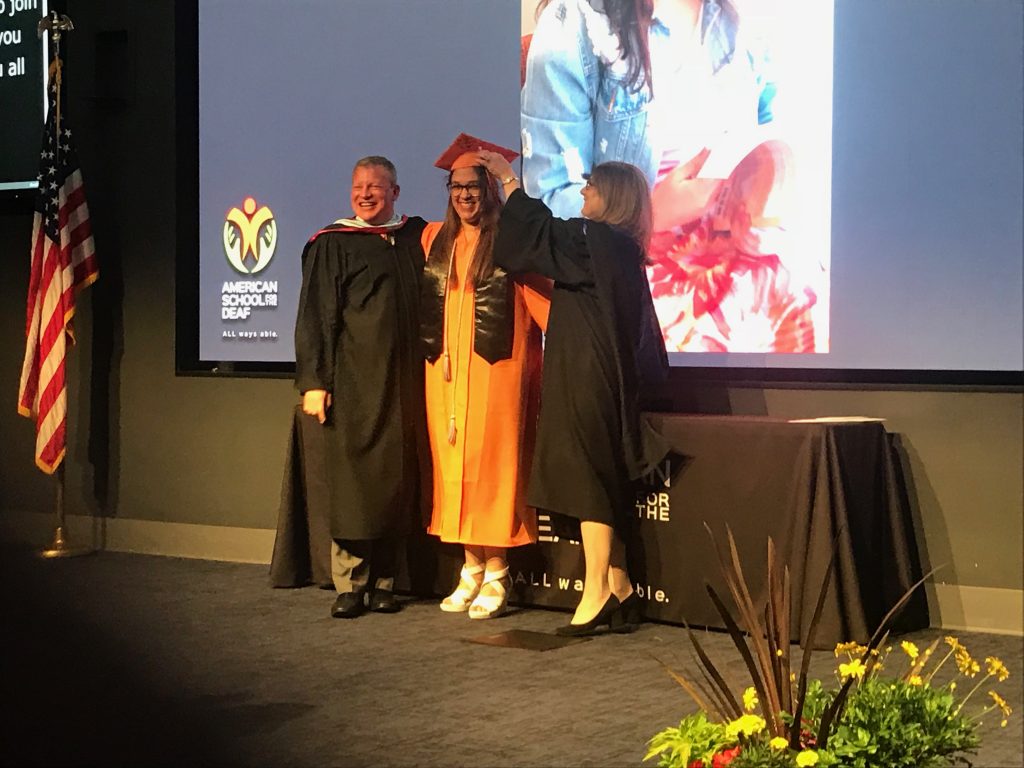 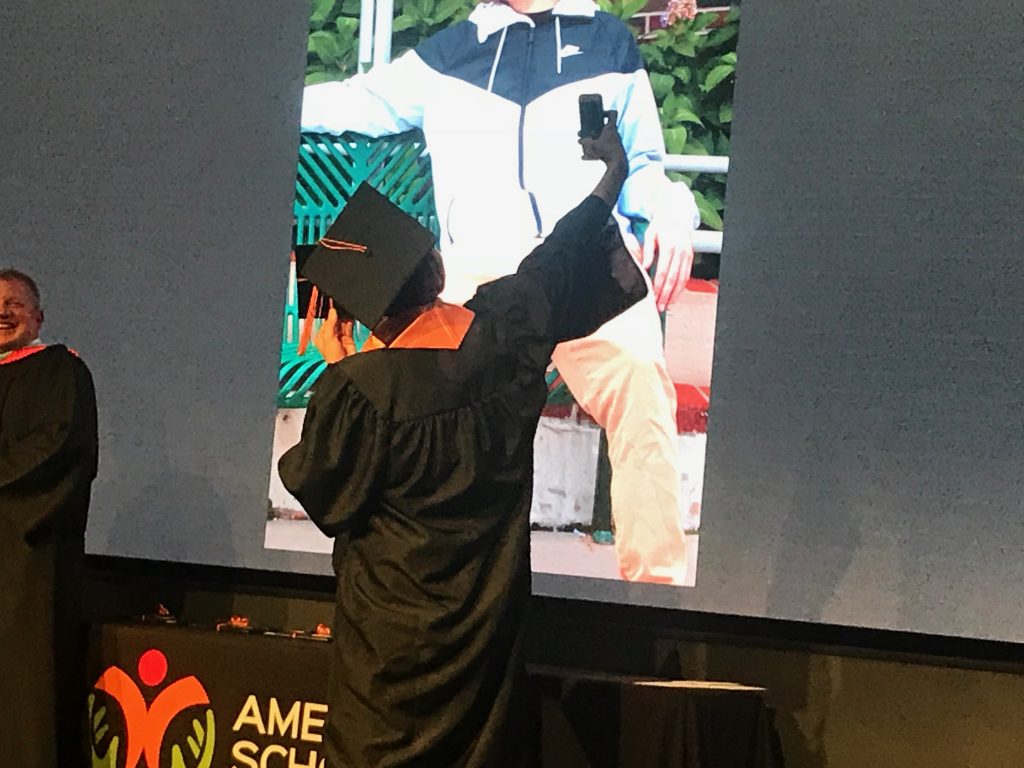