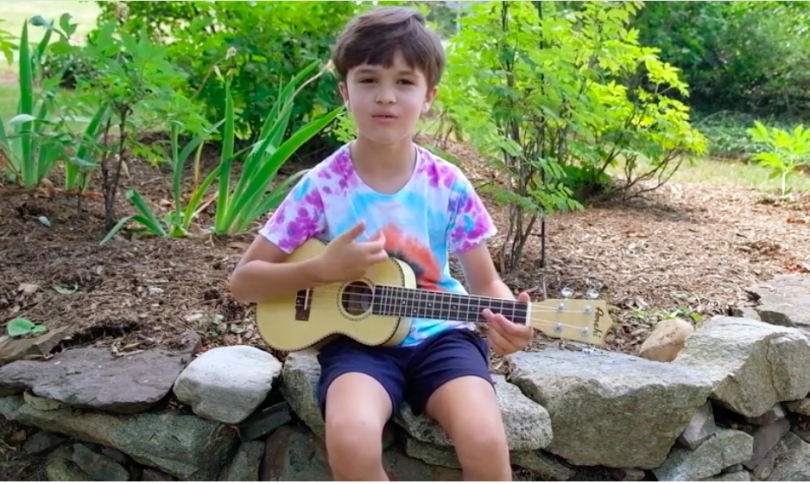 The West Hartford Libraries hosted a contest for an original song that ‘best evokes the Town of West Hartford,’ and has now announced the winner and runners up. 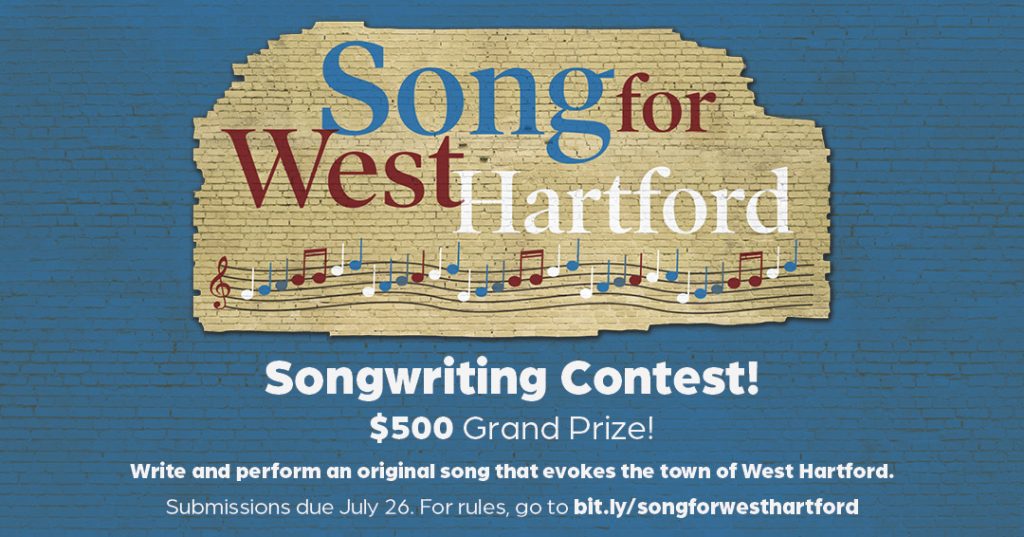 An 8-year-old West Hartford boy already knows what makes his hometown a special place, and has written a song to tell everyone about it.

Kamran Batchelder sang and played the ukulele, and the submitted video of his performance of “My Little Town,” filmed in his garden by his father, was the winning entry in the West Hartford Libraries “Song for West Hartford” contest held throughout June and July.

“West Hartford is the place to be; A great place for you and for me; A town with and open door, a town that sees more; If you were here for a minute you’d see,” the chorus states.

“I brought a team of music teachers together, and we listened and ranked the songs,” said Andrew Mayo, supervisor of the West Hartford Public Schools Department of Performing Arts.

Kamran’s song, which Mayo called “Just the cutest. Also, the most singable as a shared song,” earned him not only the notoriety of being the singer/songwriter of the first “Song for West Hartford,” but also a $500 prize, donated by the Thomas F. Kilfoil Bequest.

Joe Cadieux, manager of Grants and Programs for the West Hartford Libraries, was the organizer for the contest. On a quest to provide appropriate programming for the West Hartford Libraries amid the COVID-19 pandemic, which the library buildings were closed, he said that earlier this spring he asked Town Historian Tracey Wilson if the town had a song because he was thinking about holding a contest.

Her response, Cadieux shared, was: “What a great idea! I do not know of a town song and I think I would if it existed … so I say go for it. What fun!”

There were 24 entries in the contest, with Mayo and a team of teachers from West Hartford schools choosing the winners. Songs with the words “West Hartford” in the lyrics were encouraged, and the performance was also a factor in the decision.

Cadieux said he received the following feedback from Kamran’s father, Dean Batchelder, when originally asked about the process: “I asked him [Kamran] how he writes the music and he told me he finds the chords that match the lyrics. I asked, “But what about the melody?” He replied, “The melody weaves its way through the chords.”

Kamran, who will be a third-grader at Montessori Magnet at Batchelder in Hartford this fall, said that when he heard about the contest and decided to enter, “I brainstormed ideas about different things that I love about West Hartford and ways I would describe it. There are things on my list that are great about the town that I couldn’t put in the song, but I tried to include as many as I could.”

His favorite thing about West Hartford is the variety of things to do.

Kamran has written several other sons, including “The Beautiful Seasons” – about things he likes about each of the seasons – and a new school song for his school.

He’s taken ukulele lessons in the past, but has been recently taking piano lessons via Zoom.

As for the $500 prize, Kamran said “I’m intending to invest the money.”

The runners up are also featured in the YouTube video and have been available for viewing on the library’s YouTube channel over the past two weeks, where they have already become the sixth and seventh most-watched videos ever, Cadieux said.

The second place finisher was Sam Moffett, 26, a Conard High School and University of Hartford graduate who is now a music theory teacher with West Hartford Public Schools.

Mayo provided the following comments about Moffett’s composition of “West Hartford in my Rearview”: “Great pop tune. Sam’s an amazing musician. This tune belongs on an album.”

Christopher Rauch, 13, wrote and sang the third-place song, “The Place to Be.”

Mayo wrote that Christopher’s song was: “Clearly written and sung by a budding songwriter.”

Cadieux said he hopes “My Little Town” can become not only the winning song FOR West Hartford but also the official song OF West Hartford.

He said if the public reaction is favorable, the library plans to approach the mayor, town manager, and town council to make the song official.

“It will be cool to have an official town song come out of this COVID craziness, creating a lasting, positive memory,” he said.

Cadieux said that “My Little Town” is being professionally recorded this week, to get the sound “just right” and to add some supplementary video.

“You will be able to follow the bouncing ball, and sing along with the song,” Cadieux said. “That final version of the song should be ready in a week.”

The complete lyrics (with chords) to “My Little Town” are:

Between the city in the East, and the forest in the West

Stands West Hartford and it is…. the best!

From the corners of the town to the very center

It is beautiful spring, summer, fall, and winter

West Hartford is the place to be

A great place for you and for me

A town with an open door, a town that sees more,

I love to wander walking or biking

Swimming or dining, shopping or hiking

People visit, there is so much to do

We’ll have fun, just me and you

On the street you see the people,

Smell the food, hear the bells of the steeple

Seeing all kinds of happy faces

West Hartford is the place to be

A great place for you and for me

A town with and open door, a town that sees more

You’ll find me at the Library!