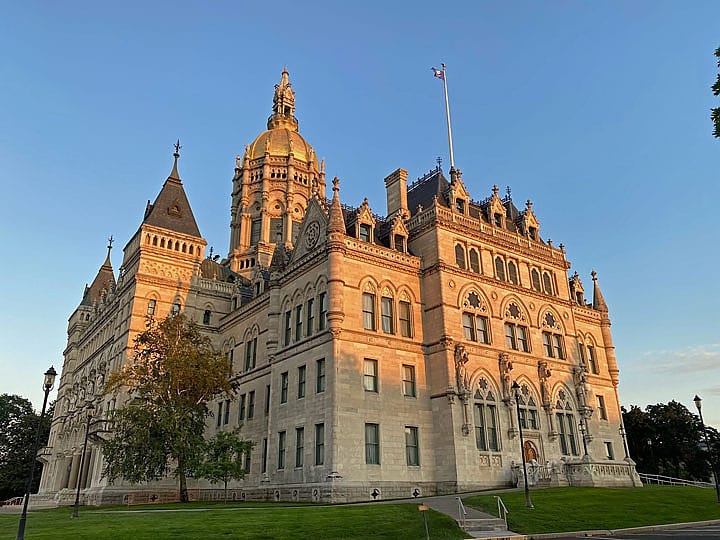 During the special session, the legislature will decide how to spend more than $300 million in funds from the American Rescue Plan Act.

The General Assembly plans to convene for another special session sometime after Labor Day to decide how to spend more than $300 million in funding left over from the American Rescue Plan Act.

Federal stimulus funds were a crucial element of the $46 billion, two-year operating budget passed this month by the legislature. The budget spends around $2.3 billion in federal dollars, which, among other things, helped increase funding to nursing homes, nonprofit providers, and the unemployment trust fund while avoiding major tax increases.

But a sizable chunk of stimulus money, around $300 million, remains unspent and lawmakers say they plan to convene sometime in early fall to decide how to spend it.

“We wanted to be deliberative and wanted to make sure we made informed choices rather than just saying ‘We’ve got all this money so let’s spend it all right now,’” Senate President Martin Looney said Monday. “Let’s let a little time pass and see what other priorities might develop outside the crush of the regular session.”

Lawmakers expect a spending plan from Gov. Ned Lamont’s administration sometime before the special session. As they did during the regular budget negotiations, the two branches will try to compromise on how the leftover dollars will be spent.

Sen. Cathy Osten, a Sprague Democrat who is co-chair of the Appropriations Committee, said she would be waiting to see if the spending included in the budget accomplished its desired goals. Osten said it was important to her that the budget successfully assisted long-neglected nonprofit providers of human services programs.

However, House Minority Leader Vincent Candelora said lawmakers should consider reserving the money for budget shortfalls. On one hand, he said the looming special session helped keep the legislature “in the driver’s seat” when it comes to allocating the remaining federal money. Without it, he said the executive branch might be free to spend the funds without input from lawmakers.

But Candelora worried the legislature would look at the remaining funds as a “windfall” and use it to supplement funding to additional providers. He said it might be more sensible to hold onto the money until the next budget cycle and use it to offset a projected shortfall created, in part, by spending allowed with the one-time federal funds.

“The fact that we have the ability to push this money out into 2024, it would be fiscally prudent to try to use that money to soften the cliff – this deficit that we’re facing in the out years,” Candelora said. “Obviously there are immediate pressures being put on the legislature and the executive branch to meet the needs of certain constituency groups that have not seen increases of significance over the last decade.”

As of Monday there was no specific date when the legislature would reconvene and a spokesman for the Office of Policy and Management could not say if or when the budget agency might craft a spending plan.

In addition to a spending plan, lawmakers are expecting notification from Lamont’s office if any of the already-approved ARPA funding was rejected by the federal government.

“We tried to be careful and operate within what we believed the federal guidelines to be but, obviously, if they interpret certain things differently, we have to be prepared if they rule anything ineligible,” Looney said.