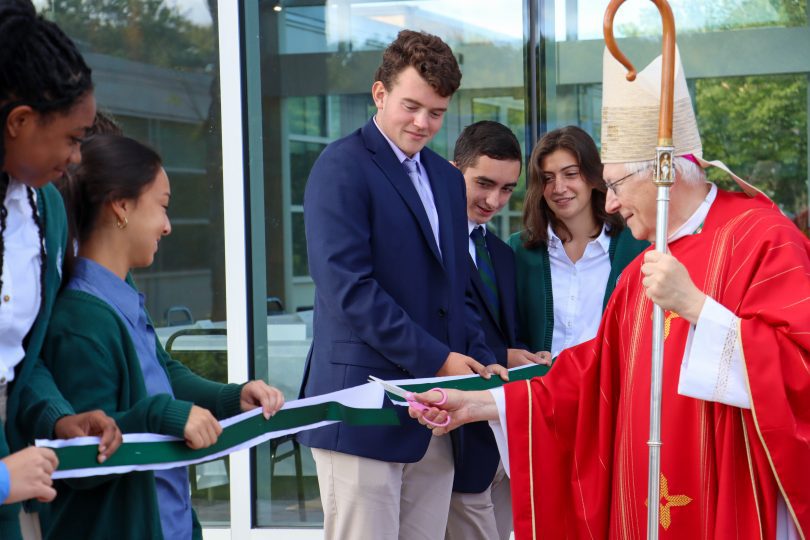 Archbishop Leonard Blair was in West Hartford on Friday to dedicate the new entryway at Northwest Catholic High School. 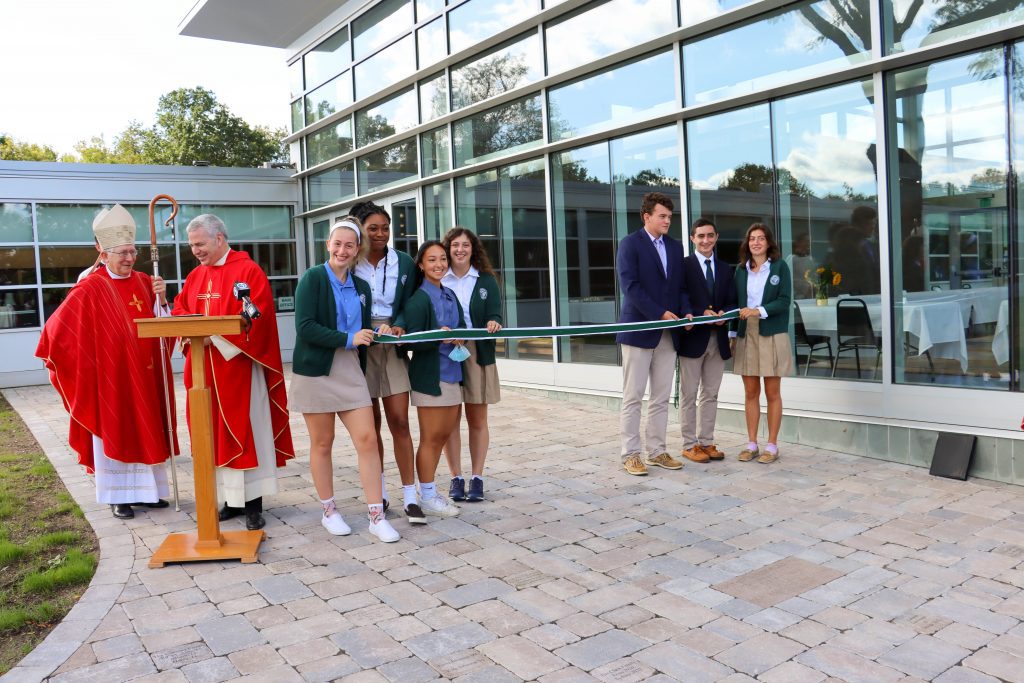 Archbishop Leonard P. Blair was at Northwest Catholic High School Friday for the dedication of the newly refurbished Irene Dower Bourret Memorial Entrance. The dedication followed a Mass of the Holy Spirit that was also celebrated by Archbishop Blair at the school.

“For our young people a new school year is always a fresh start on their educational journey, and I look forward to sharing it with them in the context of a Mass, asking for God’s blessing and the gifts of the Holy Spirit, as well as health and safety in these challenging times,” Archbishop Blair said.

Northwest Catholic was founded in 1961 and this year celebrates its 60th year as one of the top Catholic high schools in Connecticut, graduating more than 8,000 students in that time and sending thousands of people off to successful lives following their years of developing their minds, bodies, spirit and imagination at the school. Fr. Michael Dolan, president and head of school at Northwest Catholic, said Friday’s dedication with Archbishop Blair is the start of a yearlong celebration. 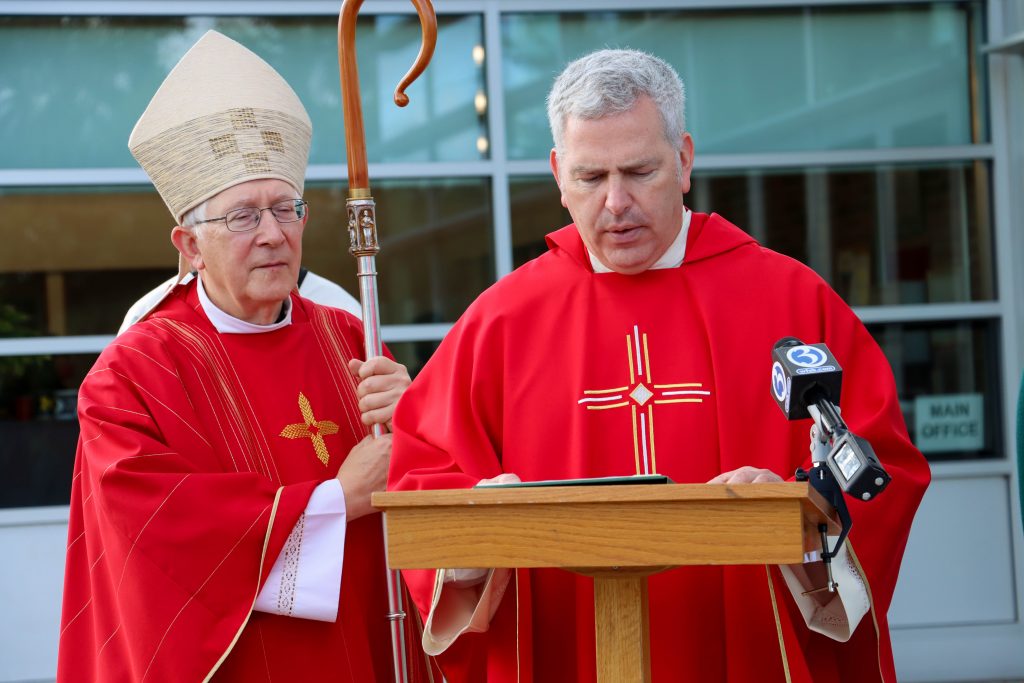 “This is a joyous and celebratory year at Northwest Catholic now that we have our 60th year underway, and we are honored to have Archbishop Blair with us today to dedicate the newly revamped Irene Dower Bourret Memorial Entrance, which is now complete with paving stones that alumni and students will be able engrave with special messages to future generations of students and families,” Fr. Dolan said. “Northwest Catholic’s tradition is being a place where students learn stability, strength, service and discernment – these are hallmarks of the Northwest Catholic tradition, and the tools that will serve them well for a lifetime. That tradition lives and breathes from the second you walk into our building over the new walkway, which is why this is the perfect way to begin our 60th anniversary.”

Following the dedication of the new Irene Dower Bourret Memorial Entrance, at which he was joined by Fr. Dolan and some students, Archbishop Blair spent the day enjoying lunch with Northwest Catholic students and talking with them. 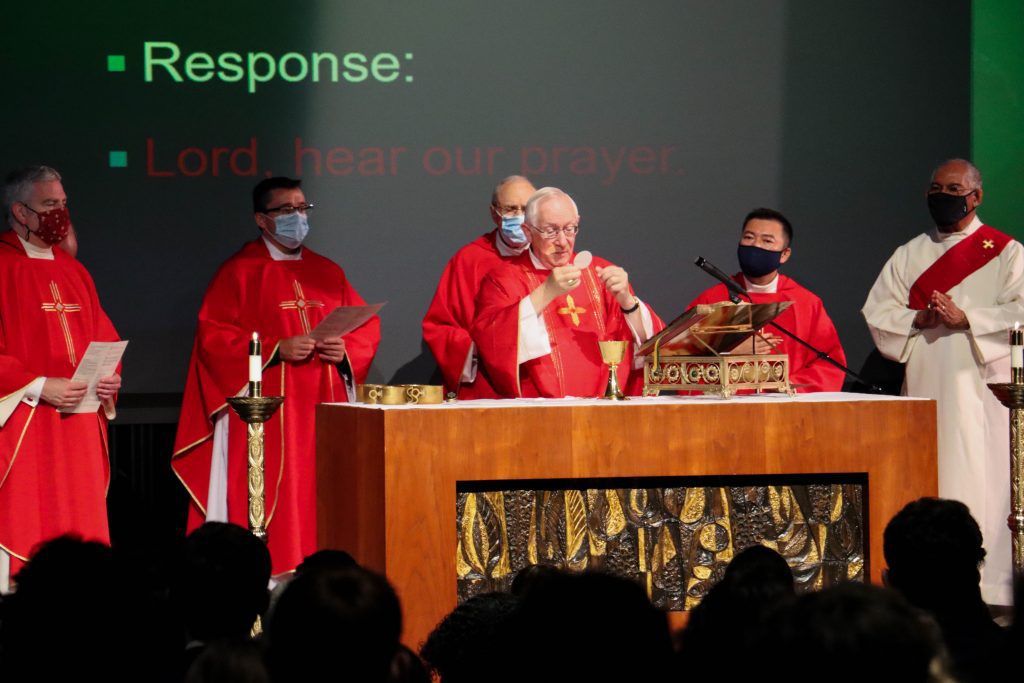 Archbishop Blair conducts a Mass of the Holy Spirit at Northwest Catholic prior to Friday’s ribbon cutting. Courtesy photo