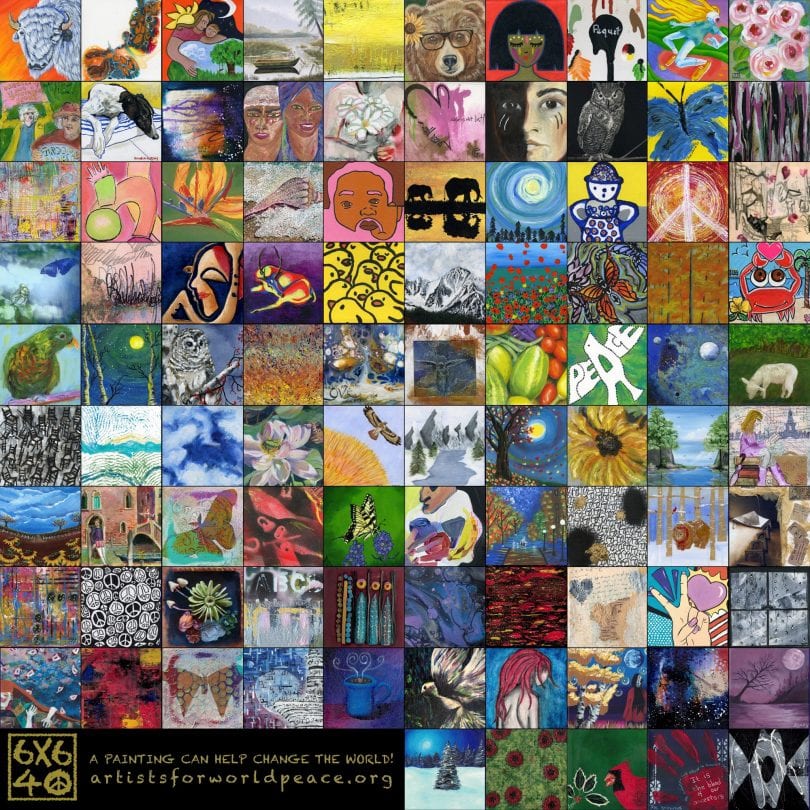 Connecticut artist Wendy Black-Nasta, a longtime exhibitor at the Celebrate! West Hartford arts and craft show, will this year bring the internationally-received Peace Wall to the festival. 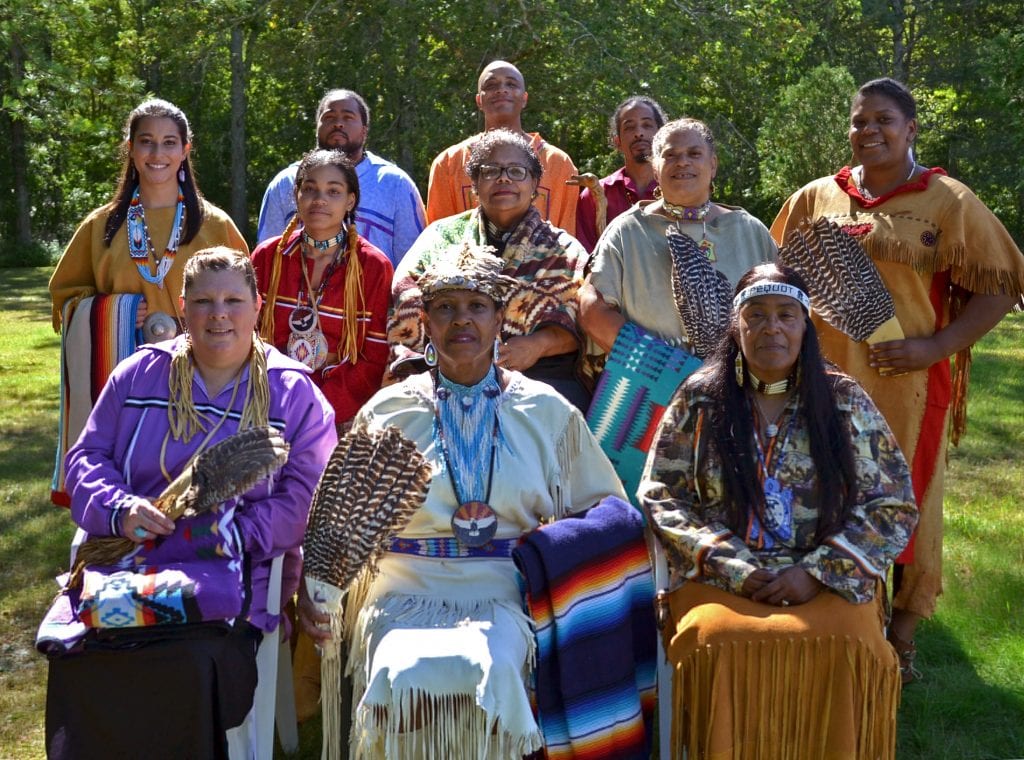 Members of the Eastern Pequot Tribal Nation will benefit from free eye care thanks to funds raised for NATIVE EYES through the Peace Wall. Courtesy photo

A new addition to Celebrate! West Hartford this year, the 17-foot-long, 7-foot-high Peace Wall will present a strikingly beautiful and peaceful statement while it gives festival attendees the opportunity to purchase “pieces” of the wall to support “NATIVE EYES,” a mission of the Artists for World Peace.

The Peace Wall will be displayed on the patio at the base of the steps leading up to the Town Hall Auditorium, Celebrate! West Hartford Arts and Crafts Show Director Barbara Belmont said.

Wendy Black-Nasta, a internationally-known jewelry designer, lives in Connecticut has been an exhibitor at Celebrate! West Hartford since she and her husband moved to the state about 20 years ago. “It’s now the only outdoor show I do,” said the designer, who sells most of her pieces through retailers.

In addition to designing jewelry, Black-Nasta started the non-profit “Artists for World Peace” in 2003. Through the funds that have been raised, the organization has promoted peace through projects that improve living conditions and healthcare in communities around the world.

Among its projects, Artists for World Peace built an orphanage and health clinic in Tanzania, near Mount Kilimanjaro, which includes an eye clinic for the villagers, many of whom are desperate for eye care. Each year for about the past 10 years, a group of 40 ophthalmologists and other eye care professionals have traveled there to treat the villagers.

“We wanted to come back to America and replicate what we’ve done in Africa,” Black-Nasta said. “We started with eye clinics, which have been very successful.”

“As artists, we love being able to restore eyesight,” said Black-Nasta.

Building on that goal, in September 2017, “NATIVE EYES” was born – a project where the arts are directly used to raise money for eye care. The project has thus far focused on the 1,250 members of the Lakota Sioux Tribal Nation on the Rosebud Reservation in South Dakota as well as the members of the Eastern Pequots in North Stonington, CT.

“We put up a post on Facebook,” said Black-Nasta, asking artists to donate 6-inch-by-6-inch paintings on canvas. The paintings, which contain images depicting peace in some way, hang in a mosaic that is the Peace Wall.

Just a few weeks after the first request in September 2017, more than 1,500 canvases had been received. “We were overwhelmed by the response,” Black-Nasta said. To date more than 2,000 canvases have been donated.

The wall is constantly changing, as paintings are sold (for $50 each) to raise money for Native Eyes. The pop-up Peace Wall art show has traveled throughout the world, and before coming to West Hartford was on display in Florence, Italy.

“It’s everyone’s interpretation of peace,” said Black-Nasta. “There are lots of paintings of eyes.”

Black-Nasta said she will bring about 700 of the donated paintings to Celebrate! West Hartford, many of them from Connecticut artists. “We wanted to feature our local artists,” Black-Nasta said, some of whom are from West Hartford, Hartford, and other nearby communities. Real Art Ways has been a great collaborator, she said.

Exhibiting in West Hartford will not only raise money, but Black-Nasta is hoping that the presence of the Peace Wall will raise awareness of the project and spur donations of canvases. “Part of this is also spreading the word – canvases are always coming in,” she said.

In October, Artists for World Peace will celebrate the opening of a free eye clinic for the Eastern Pequot Tribal Nation living in New London County. The clinic will also serve the other four Connecticut tribes living in the state, as well as the Narragansett in Rhode Island.

The Council of Elders, the advisory council for Artists for World Peace, will accompany the Peace Wall to West Hartford and will be available to speak with festival attendees about the project.

Paintings that are sold will still remain a part of the organization’s mission. Black-Nasta said she scans every canvas received, and all will eventually be incorporated into “wallpaper” that will form an an open artists’ peace wall that will be built in Nogales, Mexico.

For more information about the Artists for World Peace, as well as to find out how to donate a painting, visit their website or Facebook page.

Celebrate! West Hartford will be held this year on June 9 and 10, on the grounds of West Hartford Town Hall. For more information about the town’s signature two-day festival, click here.