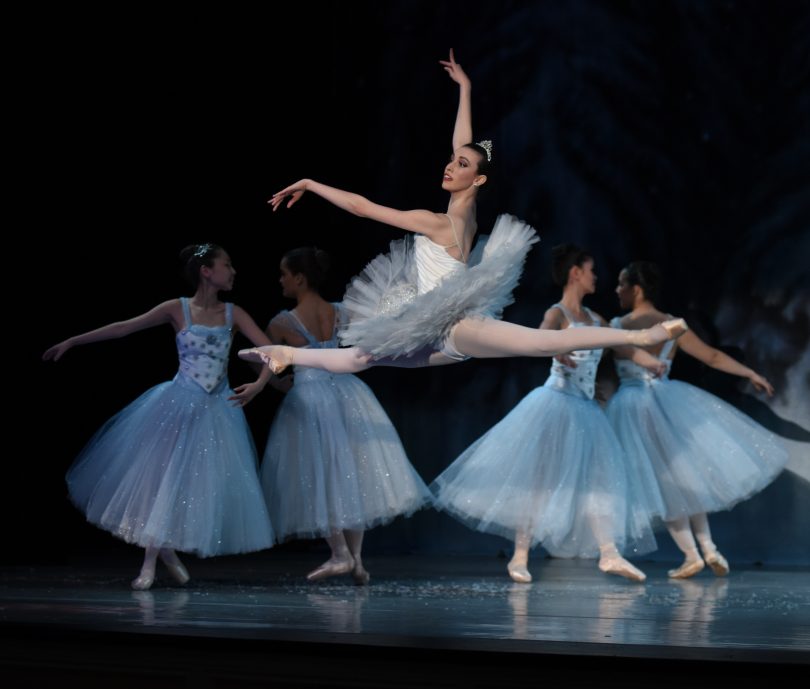 Ballet Theatre Company will present ‘The Nutcracker,’ at the University of Saint Joseph in West Hartford. 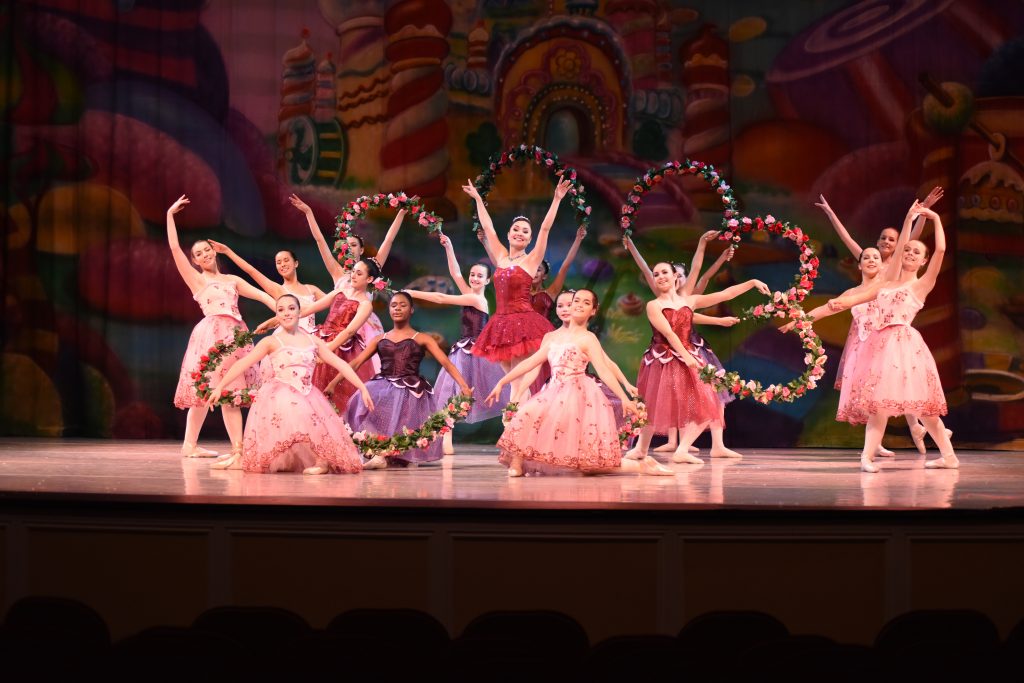 Ballet Theatre Company (BTC), West Hartford’s premier ballet company, will present its 18th season of “The Nutcracker” at the University of Saint Joseph from Dec. 12-15. The favorite holiday classic set to the iconic Tchaikovsky score will once again feature choreography by Artistic Director Stephanie Dattellas.

New to the company’s performance season last year, Dattellas’ The Nutcracker is full of surprises in every scene. The Party Scene, set in traditional Victorian era, includes a few added characters special to Dattellas’ staging. Cousin Phineas, relative to Clara and Fritz Stahlbaum causes mischief among the other party children and party adults filling audiences young and old with laughter.

Historical guests special to the West Hartford area also join the party as Drosselmeyer’s dancing dolls; Noah Webster and his student Ballerina Doll dance with the famous Blue Back Speller bringing the story a little closer to home. The magic is only beginning when Clara and Fritz find themselves battling breakdancing mice and watch the now life-sized Nutcracker doll transform into a handsome Cavalier.

Clara travels through the Land of the Snow in a whirl of sparkling snowflakes featuring BTC’s Corps de Ballet, and arrives in the Land of the Sweets where she is presented with gifts from all over the world. Local student dancers perform alongside local, regional, and national professional dancers together highlighting the many divertissements of “The Nutcracker” and showcasing Dattellas’ unique and seamless integration of accomplished professionals and aspiring students.

Some favorite dances include the energetic Russian Trepak featuring a male professional lead and three young male student dancers, Mother Ginger and her Gingerbread Cookies, and the beautiful “Waltz of the Flowers” that mesmerizes audiences through kaleidoscope movements brought to life by the harmonious waltz.

Aside from offering six magical performances for the public, on the morning of Wednesday, Dec. 11, BTC will perform an abbreviated hour-long version of “The Nutcracker” for nearly 400 school children at the University of Saint Joseph Hoffman Auditorium. BTC is proud to continue this tradition of bringing the magic of live theater to Hartford Public Schools in collaboration with Hartford Performs.

That evening, the company will present for the 18th year, “A Children’s Nutcracker,” a full-length performance of BTC’s “The Nutcracker” that is offered exclusively to children from local child advocacy service agencies free of charge. Performances such as these speak to the core of BTC’s mission, inspiring the next generation through the art of performing arts.

Tickets to BTC’s upcoming production of The Nutcracker can be purchased online at www.dancebtc.org. Show times are Thursday, Dec. 12 at 6:30 p.m., Friday, Dec. 13 at 7 p.m., Saturday, Dec. 14 at 1 p.m. and 7 p.m., and Sunday, Dec. 15 at 1 p.m. and 5 p.m. For a chance to catch a sneak peek of excerpts from the performance, check out BTC’s Public Appearance website page and follow BTC on Facebook and Instagram (@dancebtc) for excerpts, fun facts, and chances to win free tickets! 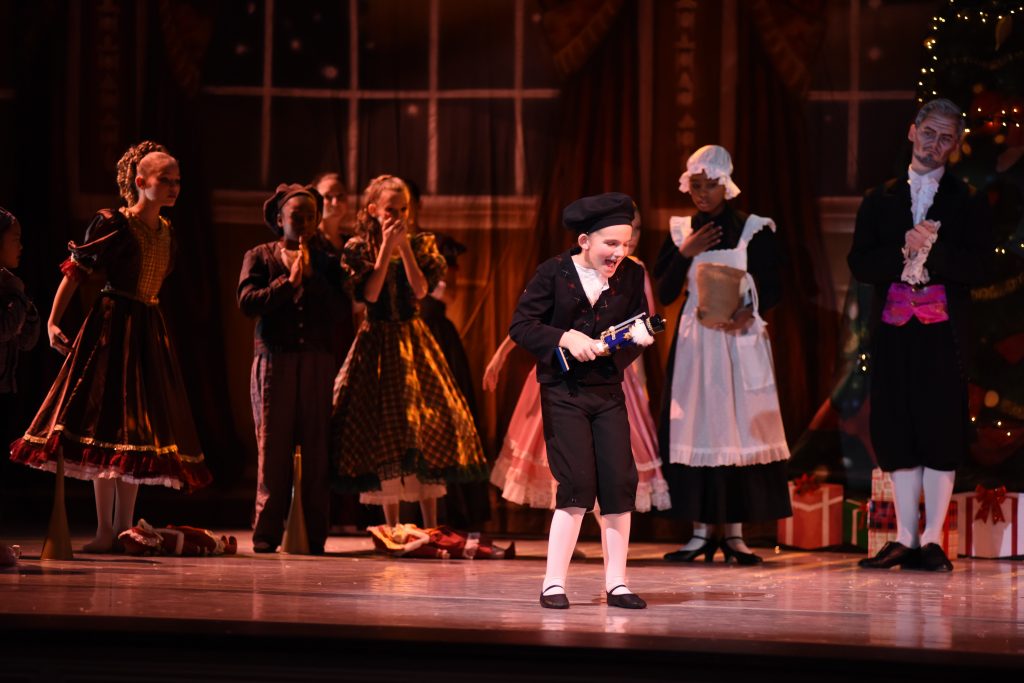 Ballet Theatre Company (BTC) of West Hartford has been bringing the magic of The Nutcracker to the University of Saint Joseph Hoffman Auditorium stage for the past 18 years. This classic holiday production newly choreographed and staged by BTC’s Artistic Director Stephanie Dattellas last season, brings the traditional storyline to life with some added twists and excitement for all audience members. Here are five unique reasons why BTC’s The Nutcracker is THE holiday Nutcracker production to see this season.

In the classic rendition of the holiday tale, Fritz Stahlbaum, Clara’s brother, is typically the troublemaker of the Act 1 Party Scene who antagonizes Clara and her friends and even breaks Clara’s beloved Nutcracker doll. In Dattellas’ version, however, there’s a new kid on the block named Cousin Phineas. Cousin Phineas is cousin to Clara and Fritz Stahlbaum and is the one who causes all the mischief among not only the other party children, but even the party adults! He is constantly being scolded by Mr. Stahlbaum for antagonizing the other children and even Godfather Drosselmeyer reprimands him by magically making his pants fly off at the party! By taking the typical mischievous characteristic away from Fritz, Dattellas created another starring role for a young dancer and created a more loving relationship between the brother and sister that is shown throughout the storyline.

Traditionally, in the Act 1 Party Scene, Godfather Drosselmeyer brings life-sized dolls to dance for the party guests. Typically these dolls are dressed up as a toy soldier or a ballerina doll and perform mechanical dances on their own for the party guests. Dattellas brought this scene a step closer to home bringing to life a replica of West Hartford’s Noah Webster and a student ballerina doll both dressed in the 19th century style clothing and performing with the famous Blue-Backed Speller book. Through this incorporation of local history, BTC has collaborated with the Noah Webster House of West Hartford and has been able to help educate the public of its rich history, particularly in the English language. Noah Webster is considered the author of the very first dictionary, but did you know that his very first book, published in 1783, was actually the beginning of a series of three books explaining the grammar and pronunciation of the English language? The book came to be known as the “Blue-Backed Speller” because of its blue cover and was used for the next 100 years to teach students how to read, spell, and pronounce words.

The climax of Act 1 is the epic battle between Mouse King and Nutcracker Doll. At this point in the story, Clara has fallen asleep and has begun to dream that she has shrunk to the same size as her Nutcracker doll who calls upon his toy soldiers to fight the Mouse King and his mice minions. She then watches anxiously as her Nutcracker and the evil Mouse King battle to the death. In Dattellas’ version, Godfather Drosselmeyer appears and transforms Clara and Fritz into soldiers to help battle the Mouse King and his mice minions. These mice, however, are no ordinary house mice, they are breakdancing mice who show off their tricks and breakdancing moves all throughout the battle. Clara and Fritz help the Nutcracker and his toy soldiers antagonize the Mouse King all ending with both the Mouse King and the Nutcracker badly wounded. Godfather Drosselmeyer appears and, once again, fixes Clara’s Nutcracker doll, this time turning him into a handsome Cavalier who guides Clara into the magical Land of the Snowflakes. 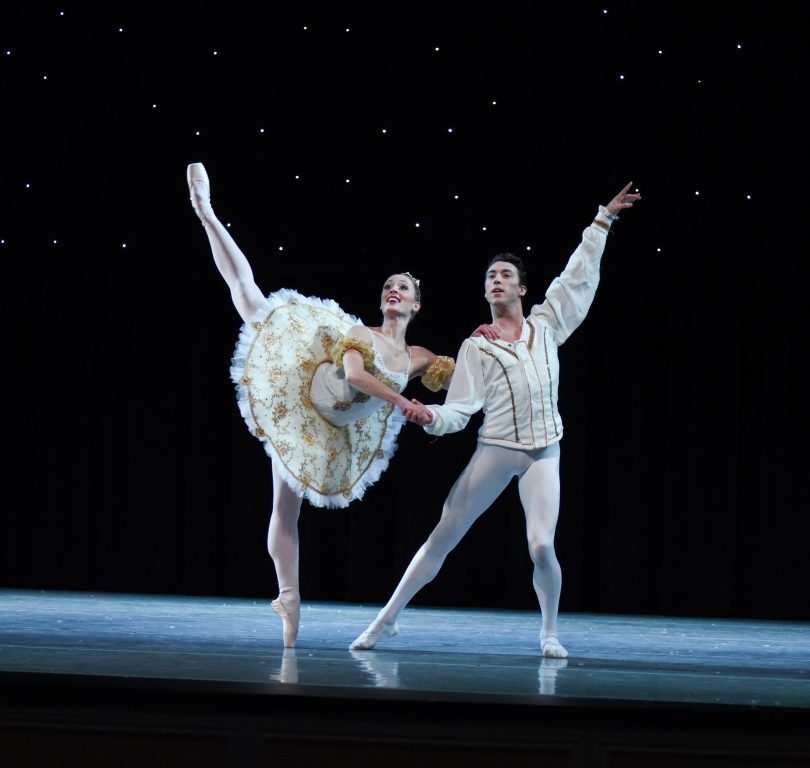 Tchaikovsky’s iconic score includes two magnificent waltz pieces; The Waltz of the Snowflakes and the Waltz of the Flowers. The music itself can be enough to transport you into another world of wonder, but when coupled with Dattellas’ intricate staging of patterns and challenging choreography, it transforms into a sight of wonder pleasing both your ears and eyes. Formations created by BTC’s very own Corps de Ballet in both waltz pieces will mesmerize audiences. In the Waltz of the Snowflakes, patterns constantly change to imitate the uniqueness of snowflakes and the ever changing patterns of footprints in the snow. The Waltz of the Flowers not only features BTC’s Corps de Ballet, but also other student dancers who perform in the added role of Flower Petals dancing alongside the Corps and Dew Drop Fairy with hoops full of blooming flowers creating kaleidoscope patterns among the blooming choreography. Both pieces are cleanly polished and precise to create the magical worlds of the Land of the Snow and the Land of the Sweets.

The Nutcracker was first performed at the Mariinsky Theatre in St. Petersburg, Russia on Dec. 17, 1892. This over 120 year old ballet has been restaged and rechoreographed many times with different versions of not only the choreography, but also the storyline. In Dattellas’ version, the Dew Drop Fairy, the ruler of the Land of the Sweets, summons a beautifully decorated box to appear. Clara is escorted into the box where her ultimate wish is granted; she emerges as the Sugar Plum Fairy who then dances a beautiful pas de deux with her Cavalier among the stars.

These are just five reasons why BTC’s production of The Nutcracker is the best holiday experience, but don’t take our word for it. Come and see the production yourself! Tickets are on sale now at www.dancebtc.org. BTC will present six public performances at the University of Saint Joseph Hoffman Auditorium on Asylum Avenue in West Hartford. Performance dates and times include Thursday, Dec. 12 at 6:30 p.m., Friday, Dec. 13 at 7 p.m., Saturday, Dec. 14 at 1 p.m. and 7 p.m., and Sunday, Dec. 15 at 1 p.m. and 5 p.m. Tickets are $35 for adults, $30 for seniors (60 and over), and $20 for children (12 and under).

Additionally, on Saturday, Dec. 14 following the matinee performance, BTC will host Clara’s Tea Party in the Crystal Room located on the second floor in Mercy Hall at the University of Saint Joseph. Guests will sip tea and enjoy sweet treats while visiting with the enchanted characters from Clara’s dream including the Sugar Plum Fairy, the Dew Drop Fairy, and the other leading dancers from the Land of the Sweets. Tickets to the tea are $30 and include tea and treats, a photo opportunity with the leading dancers from the show, a goodie bag to take home, and a chance to win a prize. One ticket includes admission for one child and one adult. Additional adult entry is available for $5. Tickets may be purchased online.

Ballet Theatre Company is thrilled to celebrate 21 years of artistry this 2019-2020 season. Since its founding in 1999, BTC has staged over 75 ballet productions, has trained nearly 1,000  aspiring dancers, and has made dance accessible to over 10,000 underserved Greater Hartford children. Ballet Theatre Company is supported in part by the Greater Hartford Arts Council, the State of Connecticut Department of Economic and Community Development Office of the Arts, Cricket Press, and Hearst Connecticut Media Group. 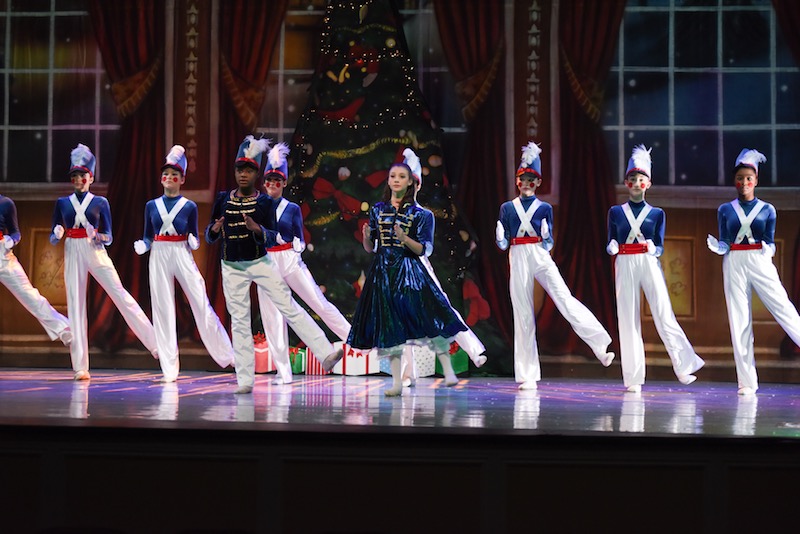