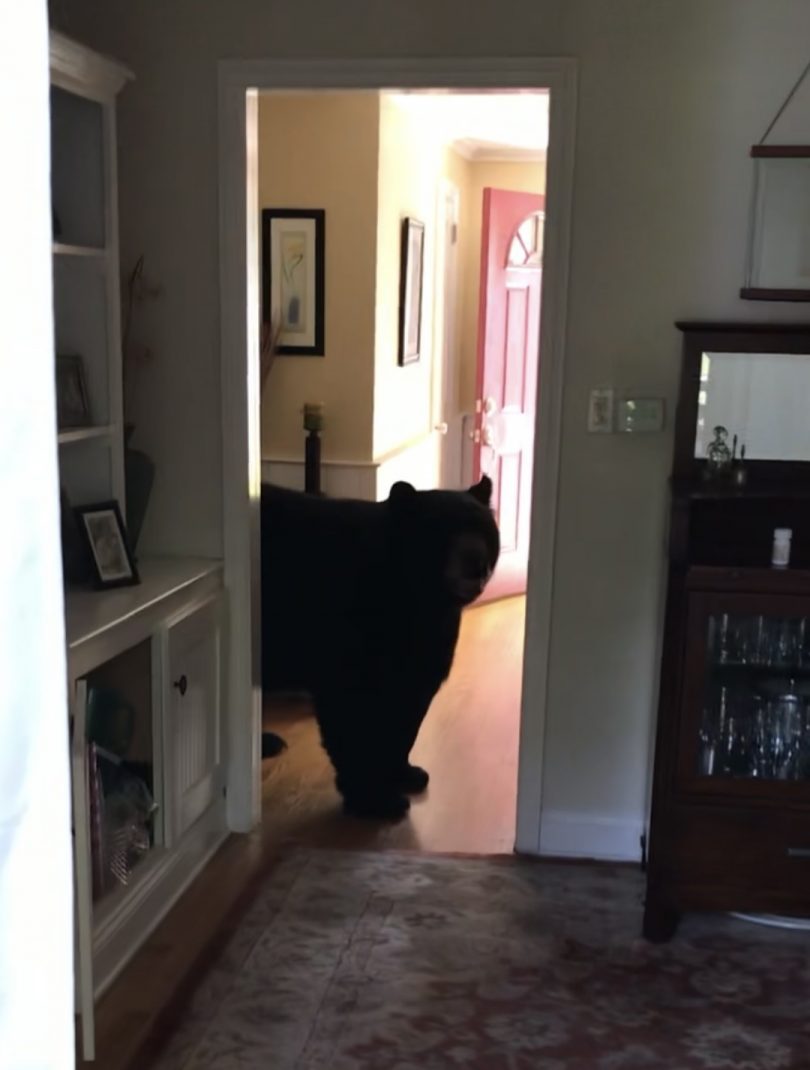 A bear entered a West Hartford home Sunday morning, less than a week after a bear had helped itself to the contents of a garage refrigerator and freezer, and it returned again early Monday morning according to the homeowner. [Updated, Aug. 1, 2022]

A resident in the Norfeldt neighborhood of West Hartford had been working in his front yard Sunday morning, and when he briefly went into the backyard and then through the back door into the kitchen to get something to drink, he discovered a large and furry four-legged intruder.

The bear, which was not tagged, had pushed through the screen door and was helping itself to a bag of marshmallows and peanut butter crackers that had been on the counter, homeowner Christine Vannie said. 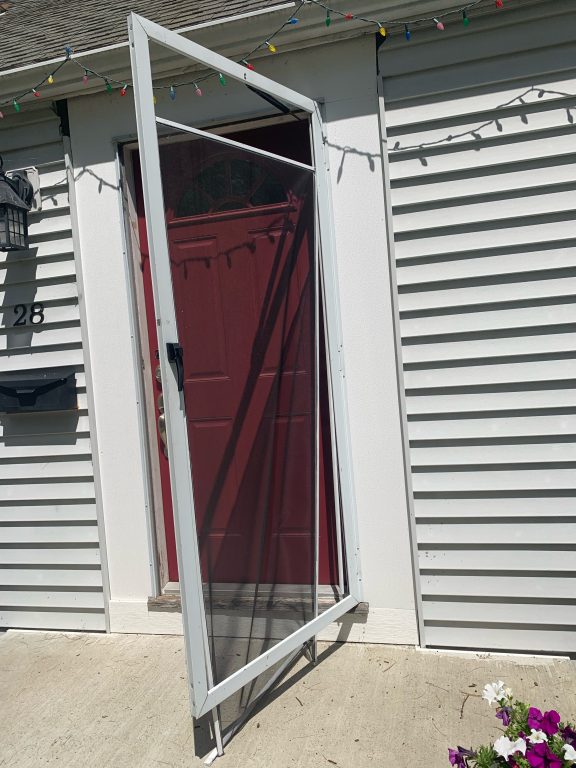 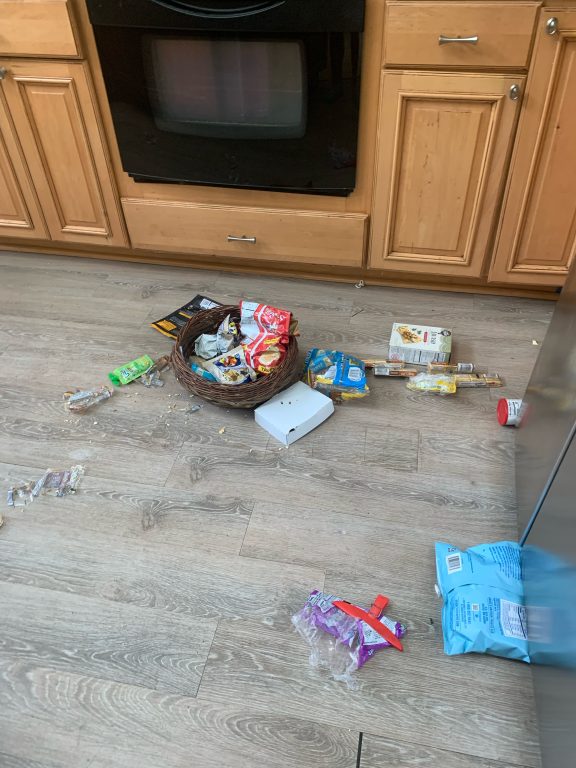 A bear inside Christine Vannie’s West Hartford kitchen helped itself to some food from the counter. Courtesy photo

“Go on, that way. Go. Get out of here. … Take off bud,” Vannie’s husband, Bill, said calmly but firmly, as he shooed the bear out through the open front door, slamming the wooden door shut as soon as the bear was outside. But the bear didn’t seem to get the hint that it was not wanted.

Their garage refrigerator and freezer had been ransacked on Monday, Vannie said, and her husband ran through the house to make sure the bear wasn’t headed for the garage. It was. 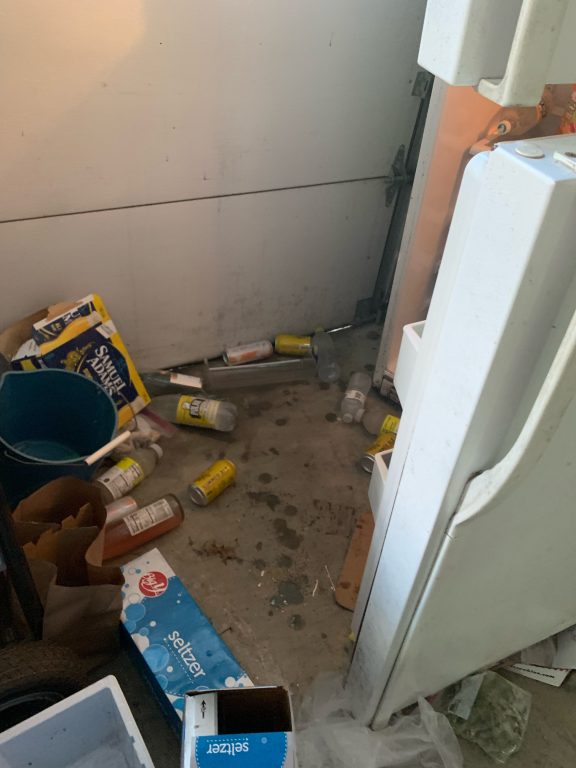 Vannie’s husband again chased the bear away, and they immediately reported the incident to the Department of Energy and Environmental Protection (DEEP) and they responded to the home within an hour.

Last Monday a bear had opened the refrigerator and freezer doors in the garage, bending them, and gorged on the contents, Vannie said. That incident had been reported to West Hartford Animal Control. 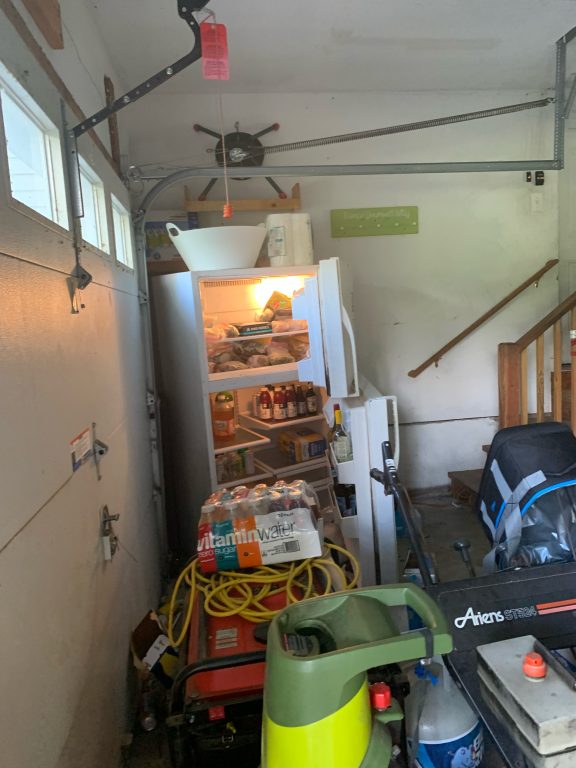 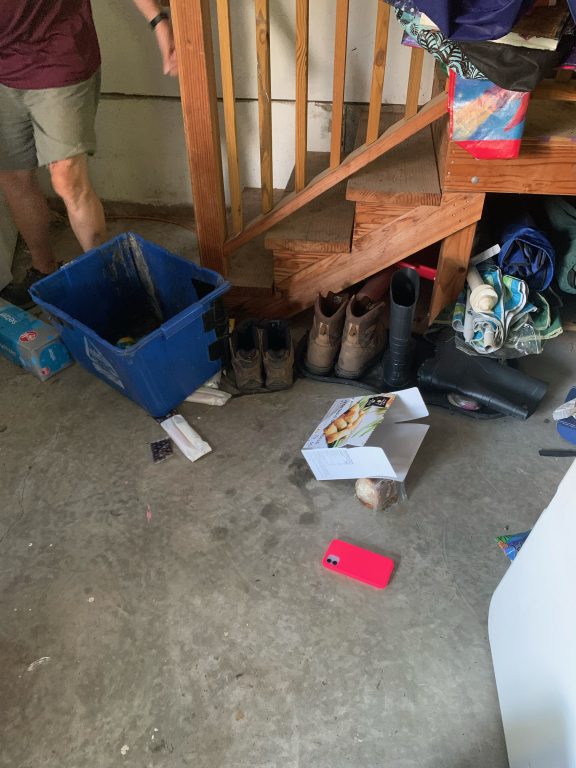 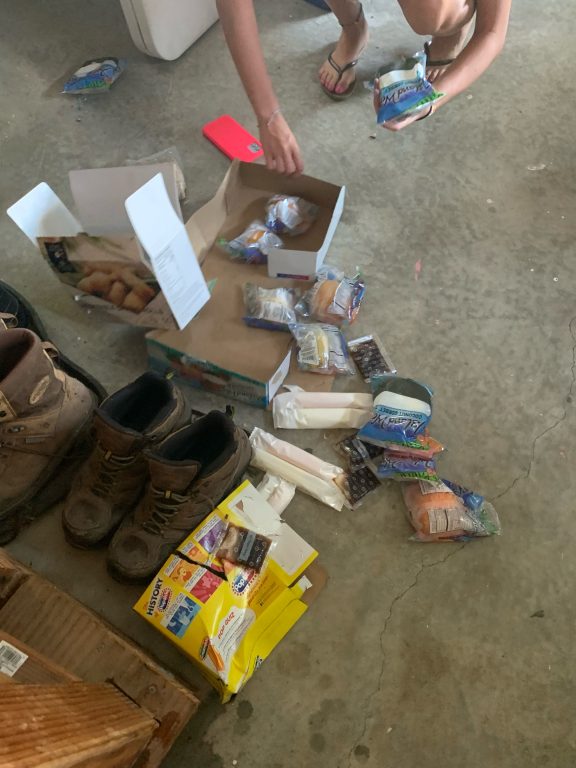 Bears are commonly seen in their neighborhood off Mountain Road, Vannie said, and her family has not previously been fazed by them, but this one – assuming it’s the same bear – has her scared.

DEEP is also concerned with the bear’s behavior and has given the family a phone number to reach someone at any time of day or night should the bear return – which DEEP thinks is likely.

Vannie and her husband posted on Facebook Monday that the bear had tried again to get into their house, trashed the screen door but couldn’t get through the storm door, and then unsuccessfully attempted entrance through the back porch.

We-Ha.com has reached out to DEEP for comment on any plans they may have to address the actions of this bear, and this report will be updated when they respond.

DEEP offers advice on how to stay “bear aware” and prevent bears from become habituated include not feeding birds between March and November, keeping trash secured, keeping grills clean, and other measures.

“If you see a bear in your yard, do not approach it!” the DEEP website states. “Go into your house, garage, or other structure. If the bear persistently approaches, go on the offensive – shout, wave your arms, and throw sticks or rocks.” More information can be found here.

According to DEEP’s website, there have been 233 bear sightings in West Hartford thus far this year.