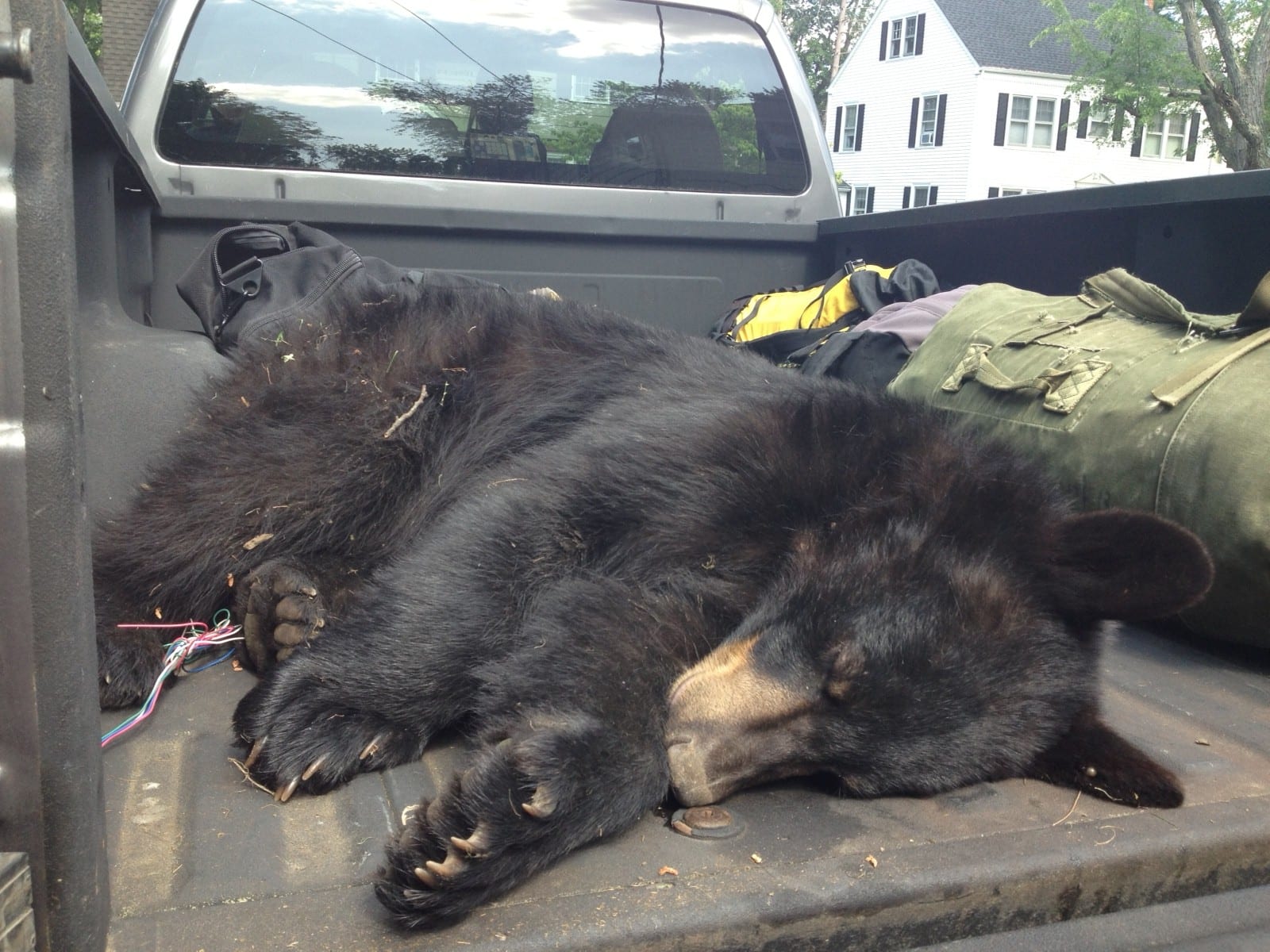 A young, male bear is tranquilized in order to be relocated from a West Hartford neighborhood on June 10, 2015.

A young bear that had been running around the streets of West Hartford Wednesday afternoon was tranquilized by the DEEP and safely removed from a tree in the backyard of 67 Newport Ave. 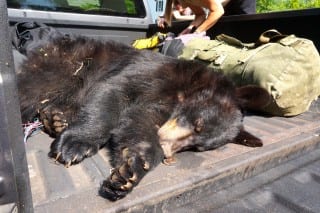 DEEP officials will tag the tranquilized bear removed from a tree on Newport Road on June 10, and will relocate it to a suitable habitat. Photo credit: Ronni Newton

A young male bear that was spotted Wednesday afternoon running around the neighborhood streets near Boulevard in West Hartford, just a few blocks west of the Center, eventually climbed about 15-20 feet up a small tree behind 67 Newport Ave. and was ultimately tranquilized and safely removed from the area by a Department of Energy and Environmental Protection (DEEP) biologist.

Neighbors called West Hartford Animal Control, who arrived at the scene and got the DEEP involved.

West Hartford Animal Control Officer Helen Lee, and several other West Hartford Police officers, kept onlookers a safe distance away for about an hour while the bear remained in the tree.

DEEP officials assessed the situation when they arrived at the scene around 3:30 p.m., and determined that the bear needed to be relocated because it was in a highly-populated area, near the Center and near several schools.

“Young dispersing male bears occasionally take a wrong turn when they are alone for the first time,” said DEEP biologist Jason Hawley. He said that the untagged bear appeared to be a yearling that most likely left its mother for the first time this spring. The yearling probably weighed about 100 pounds, Hawley said.

DEEP biologist Melissa Ruszczyk said that the this was one of the first calls the DEEP has received this year about a bear in a populated area. In most of those cases, the DEEP will tranquilize and remove the animal.

Hawley was able to climb on the roof of a garage in the yard next door where he poked the bear with a tranquilizer dart. DEEP officials and West Hartford Police officers had a net ready and safely caught the bear.

According to Hawley, bears usually remain asleep for two hours after being tranquilized.

“He will be relocated to the nearest suitable habitat, probably the MDC property,” said Hawley. The bear will also be tagged.

Hawley said the bear is mature enough to be away from his mother. “He may never see his mother again but it doesn’t matter. He’s ready to be on his own,” Hawley said.

Lee said that residents should call either West Hartford Police and/or DEEP if a bear is sighted in a highly-populated area. She said that this bear may return to the area. “If he does, he’ll have some new earrings,” said Lee, referencing the tags the DEEP will attach to the bear’s ears. 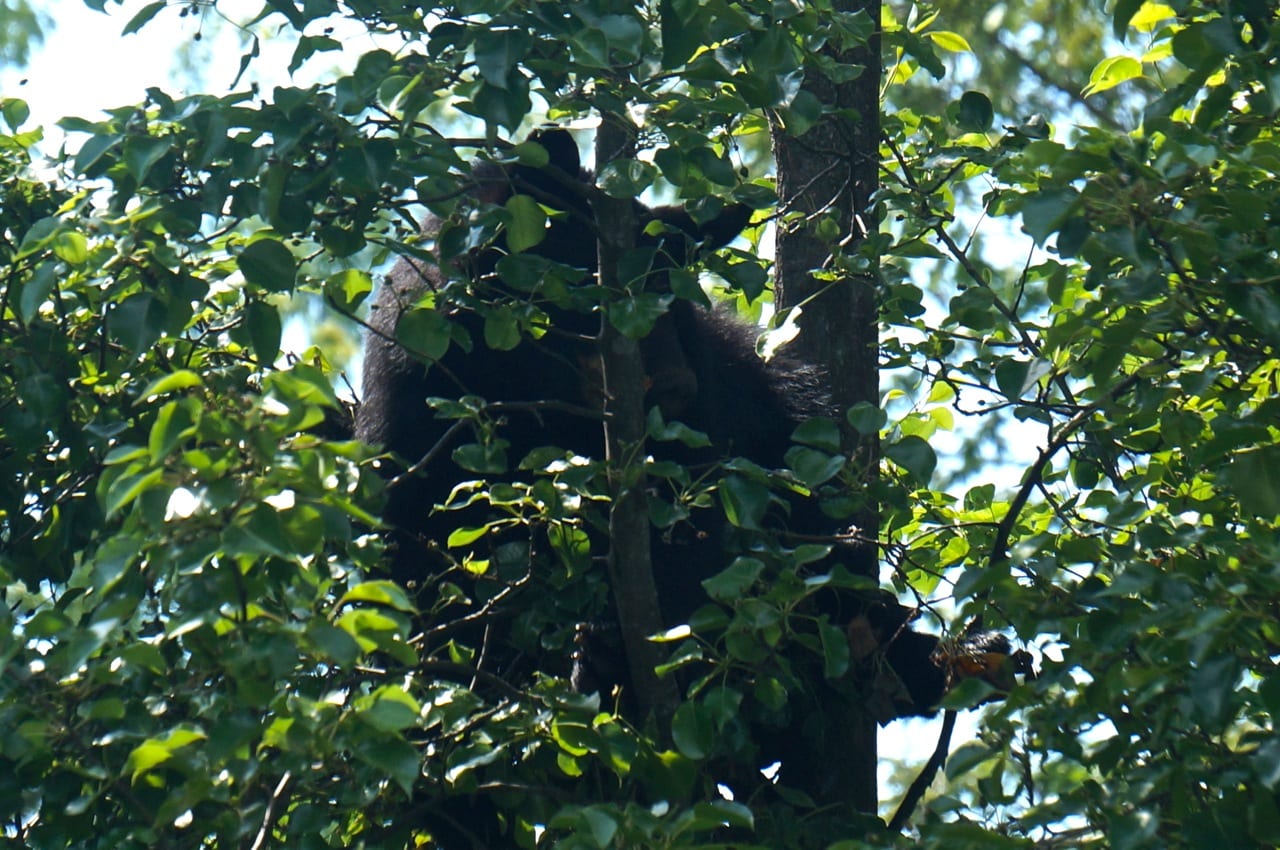 A young bear climbed a tree in the backyard of 67 Newport Ave. in West Hartford. Photo credit: Ronni Newton 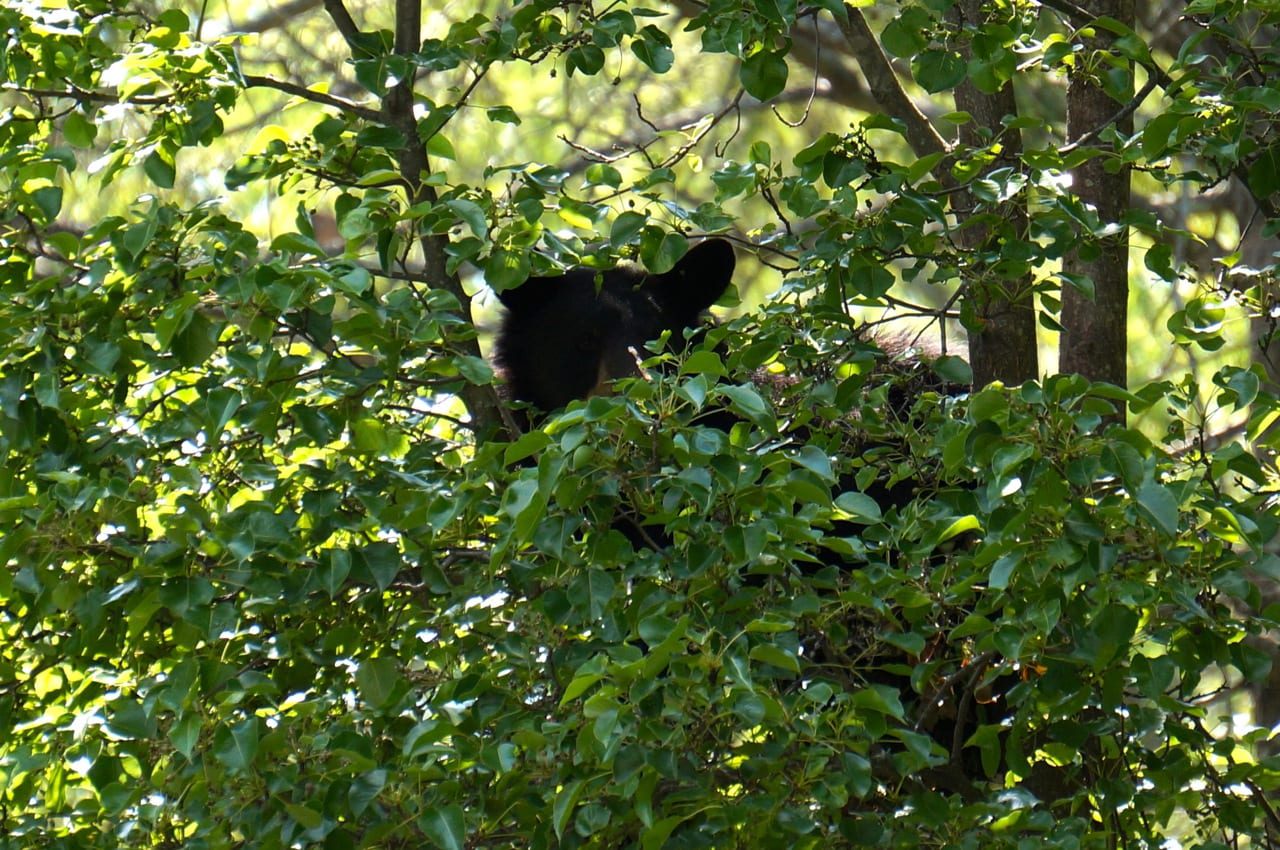 The bear’s ears are visible in a tree in the backyard of 67 Newport Ave. in West Hartford. Photo credit: Ronni Newton 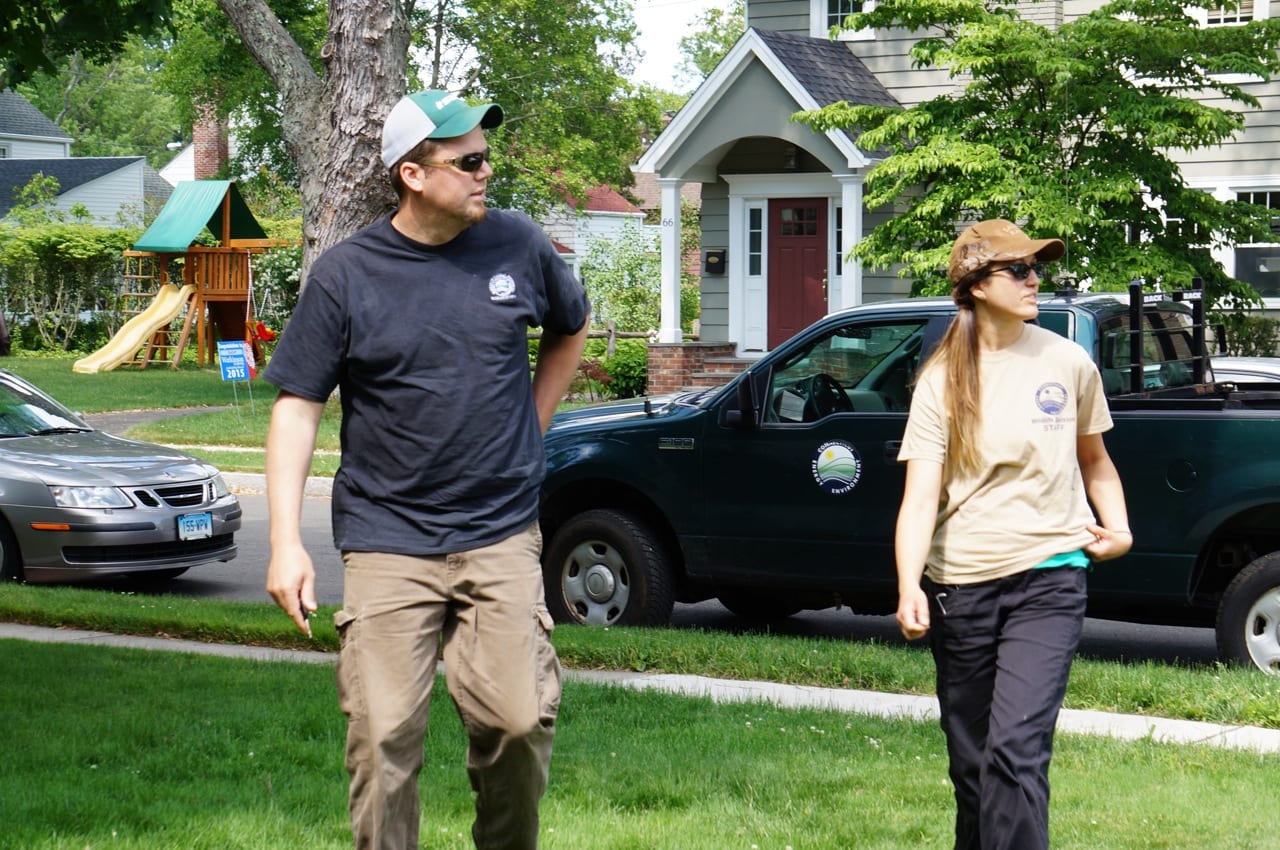 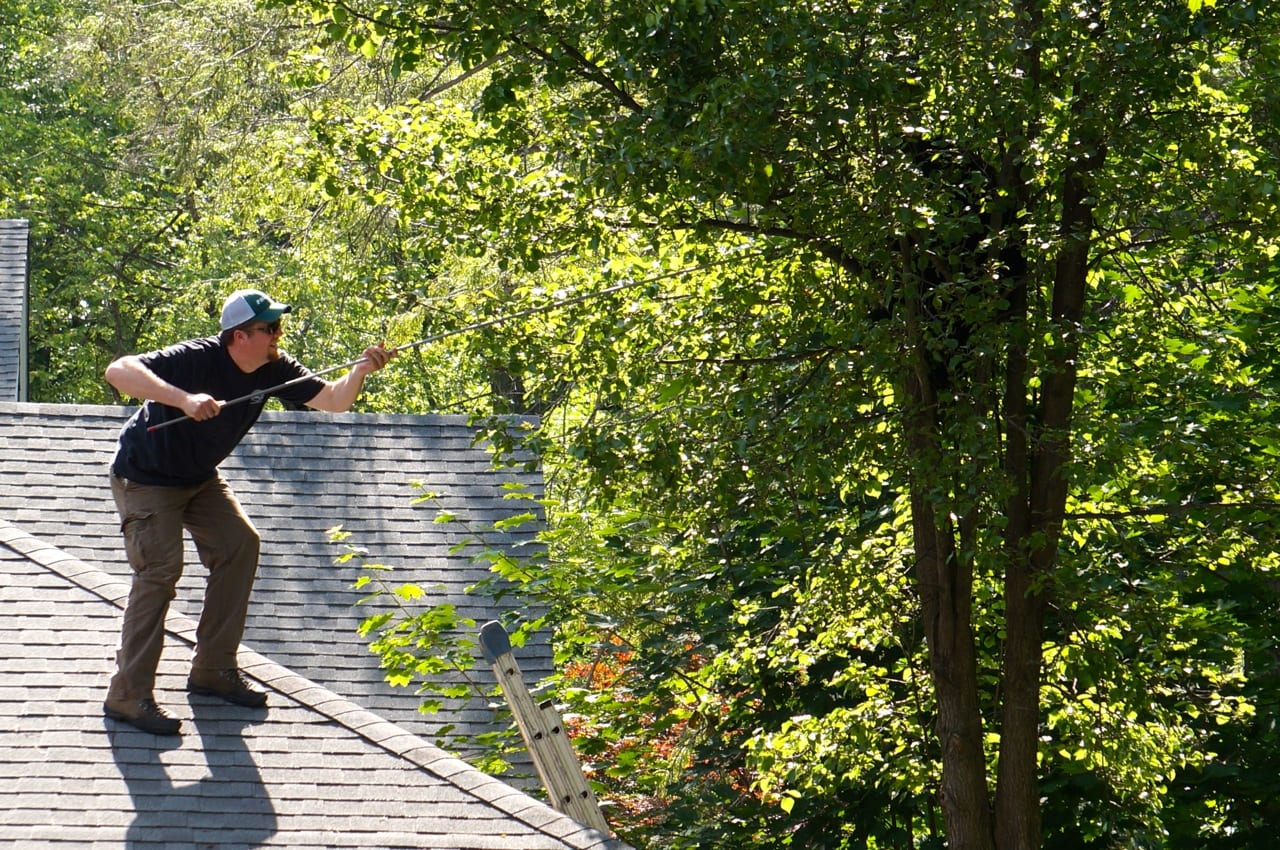 DEEP biologist Jason Hawley first coaxes the bear to another part of the tree so that it can be tranquilized more easily. Photo credit: Ronni Newton 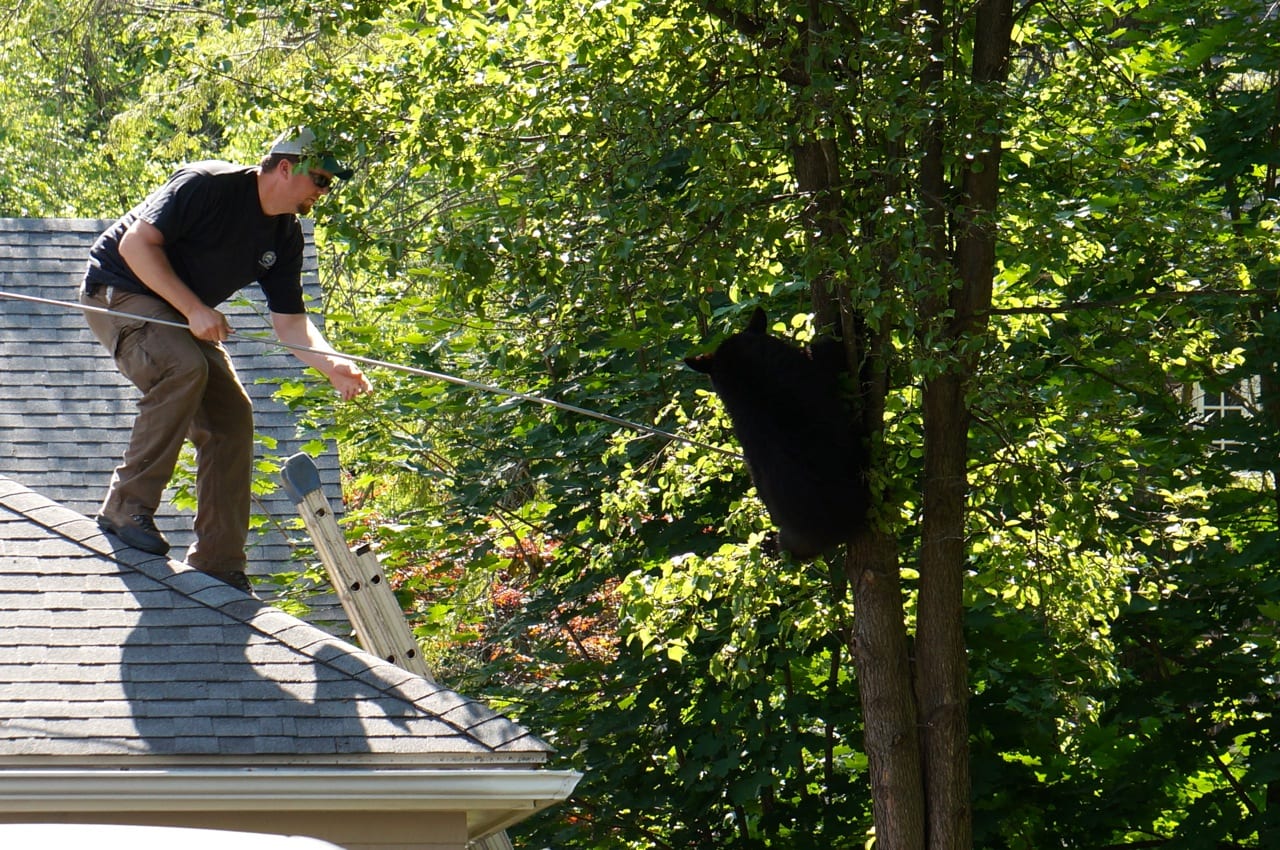 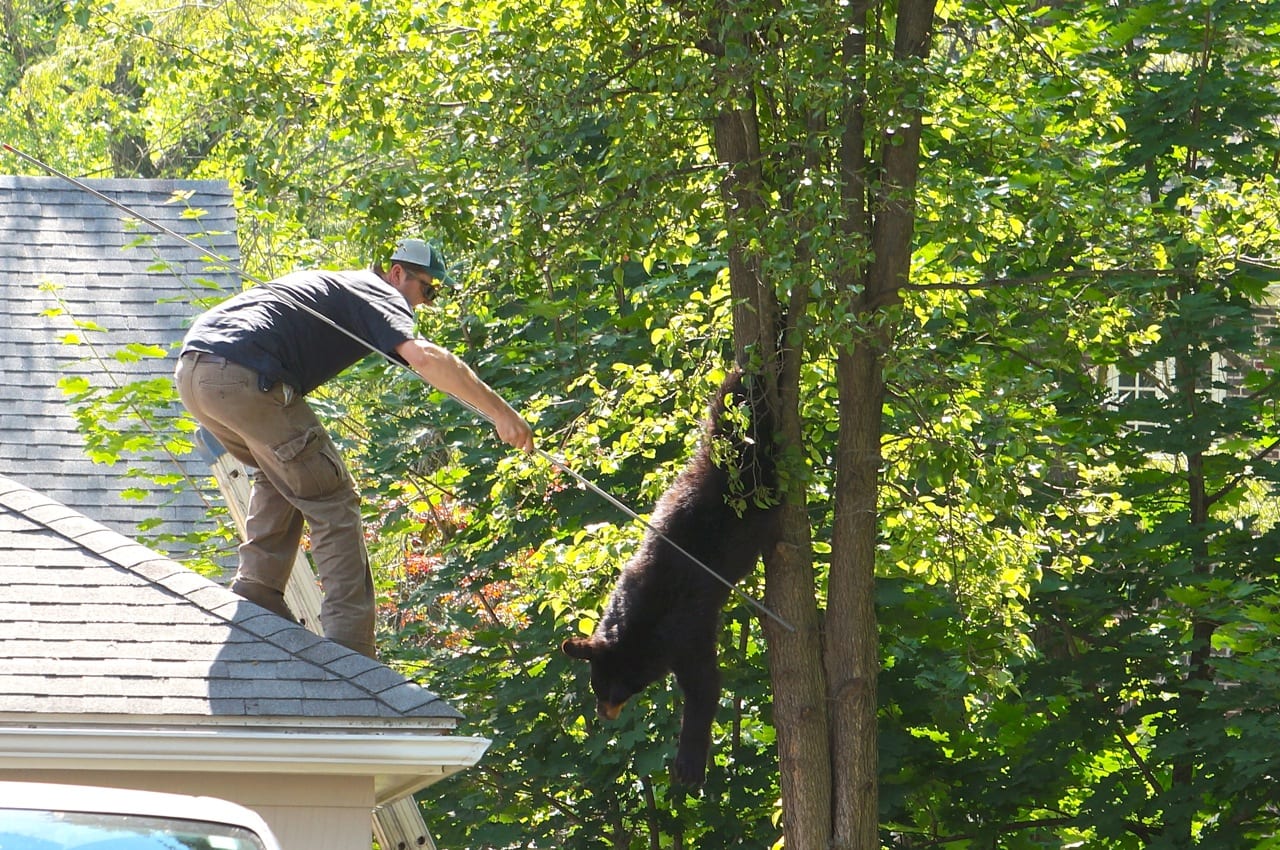 DEEP biologist Jason Hawley guides the tranquilized young bear safely into a net below as it falls out of the tree. Photo credit: Ronni Newton 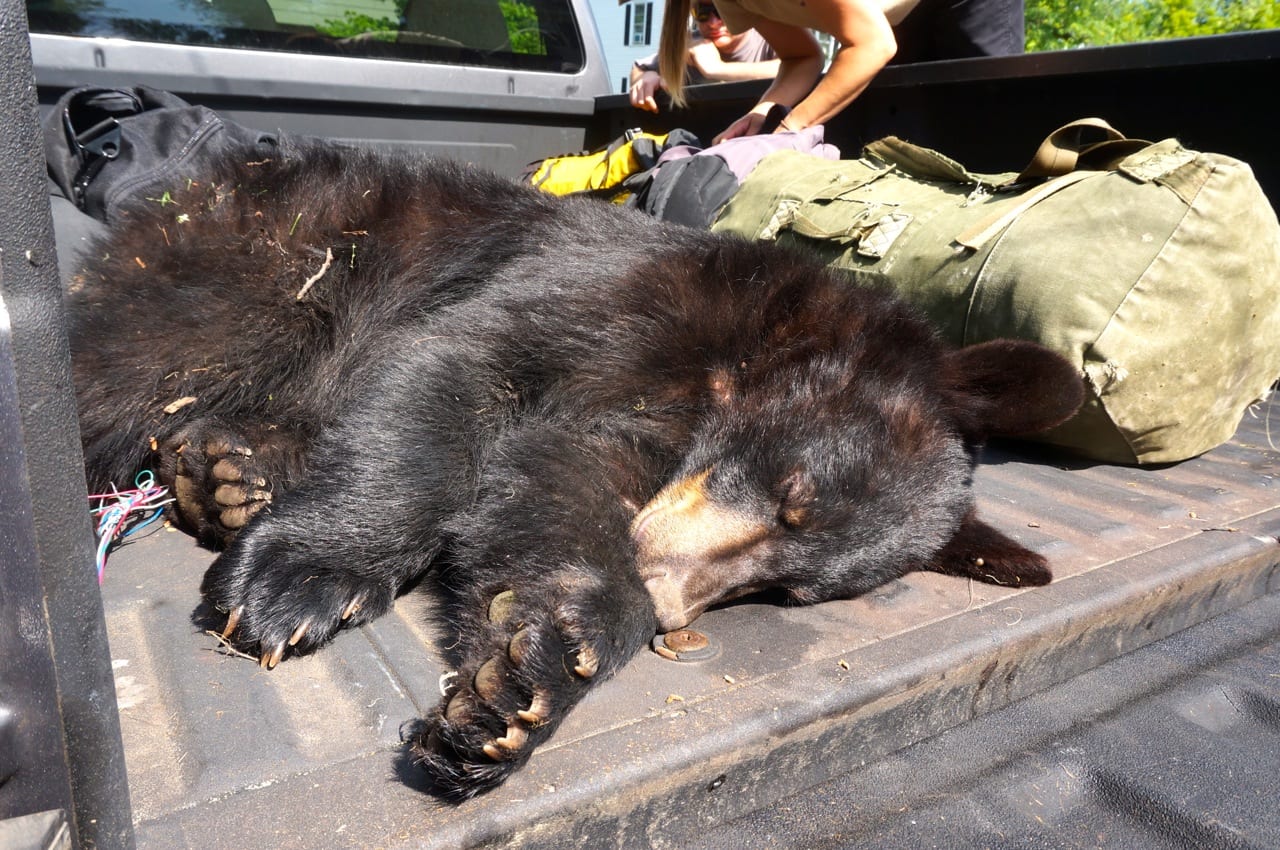 DEEP officials will tag the tranquilized bear removed from a tree on Newport Road on June 10, and will relocate it to a suitable habitat. Photo credit: Ronni Newton