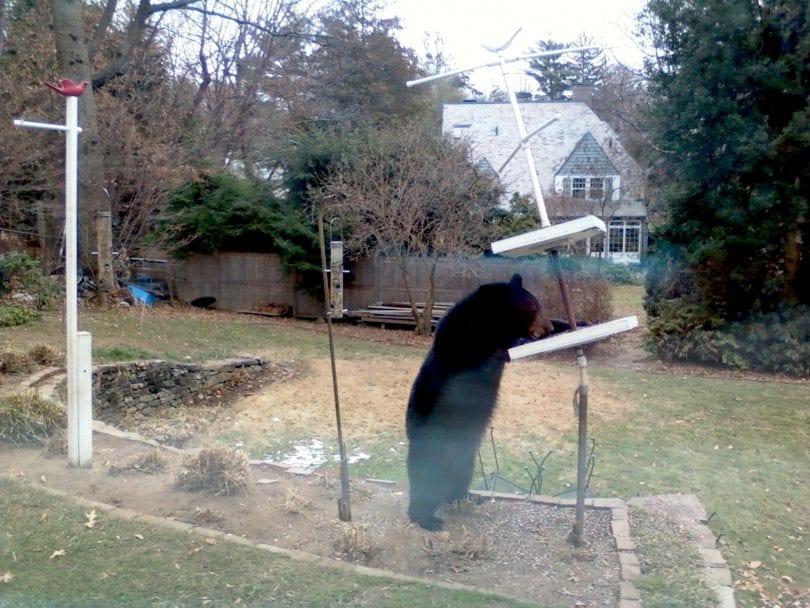 A resident of Colony Road in West Hartford spotted a black bear in his backyard on Friday, Dec. 22.

Colony Road resident Rich Farr saw a large bear in his backyard at about 2 p.m. Friday afternoon, enjoying what was perhaps a final snack before “denning” for the winter.

“That was the last 10 seconds of the bird feeder, now in tatters on the ground,” Farr said in an email.

Based on the height of the other bird feeder pole in the photo, Farr estimates that the when standing upright the bear is about 4 1/2 feet tall.

“He’s a big boy, though, not a cub,” said Farr. He said that a bear – which may or may not be the same one – also strolled through his yard on Oct. 8.

It may officially be winter according to the calendar, but bears have continued to be spotted around West Hartford in the past several weeks. According to the Connecticut Department of Energy and Environmental Protection (DEEP), most black bears do not actually hibernate, but do begin “denning” in late November.

“Black bears are not classified as true hibernators but their body temperature is lowered and heart rate slowed during winter denning. Denning enables bears to overcome unfavorable weather conditions and lack of food during winter. Denning bears do not eat, drink, urinate, or defecate,” the website states. “However, they will usually wake up if disturbed during their winter dormancy.”

Most bears den through mid-March, according to the DEEP.

For more information about black bears, including do’s and don’ts for encountering one, click here. 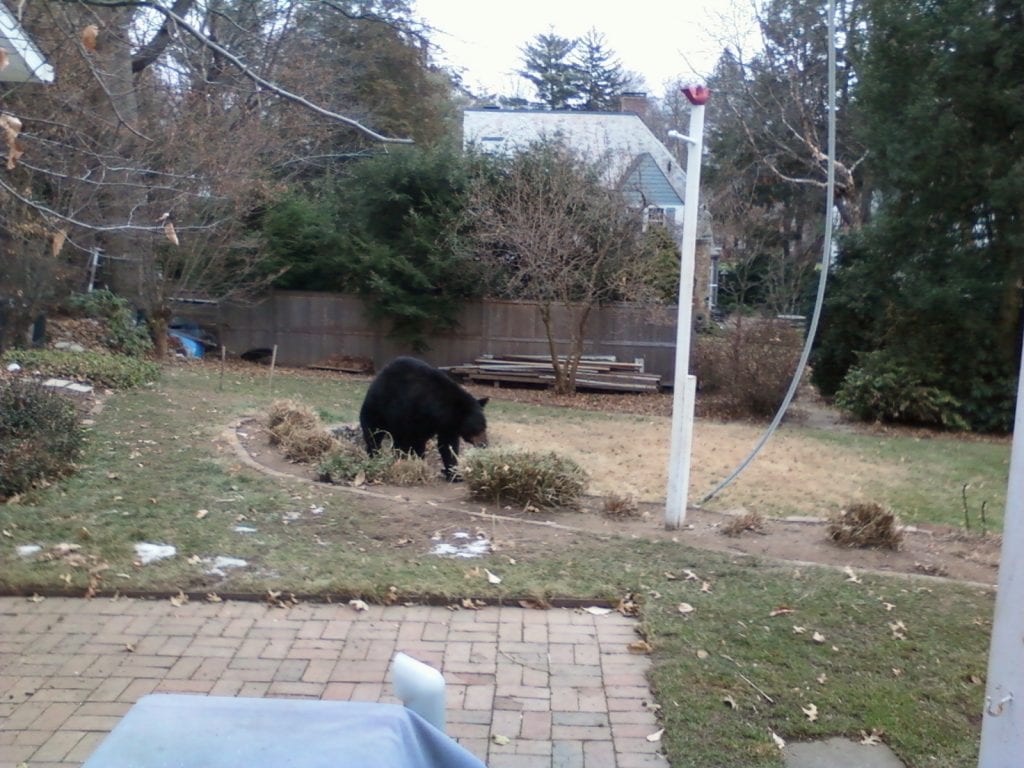 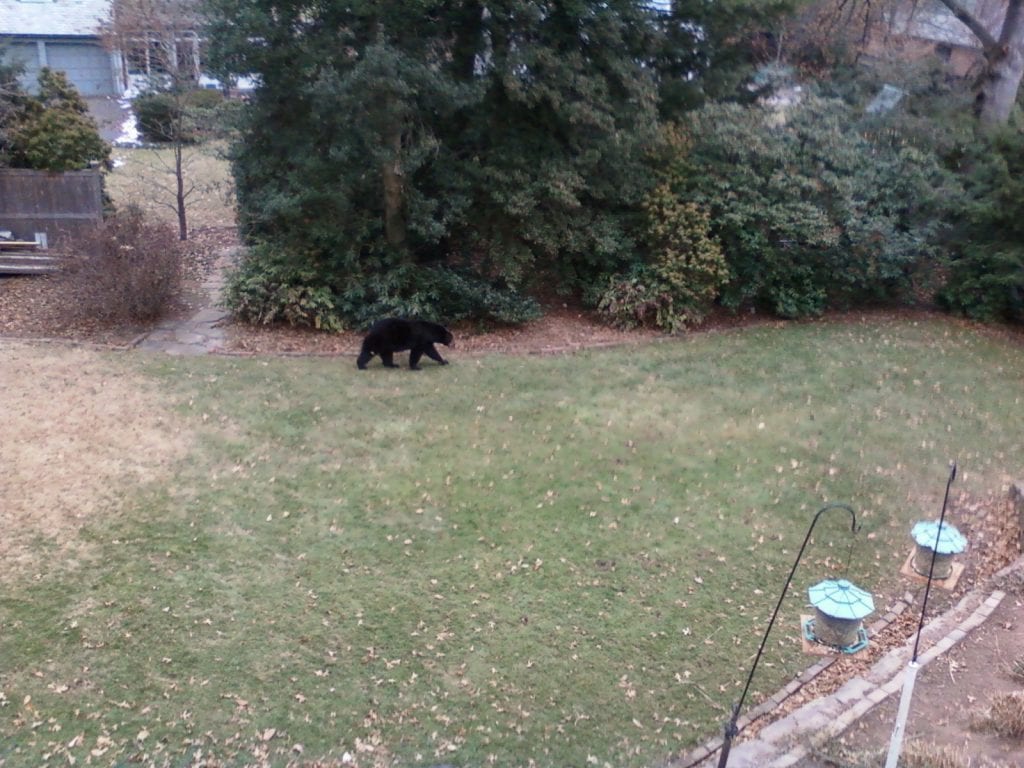