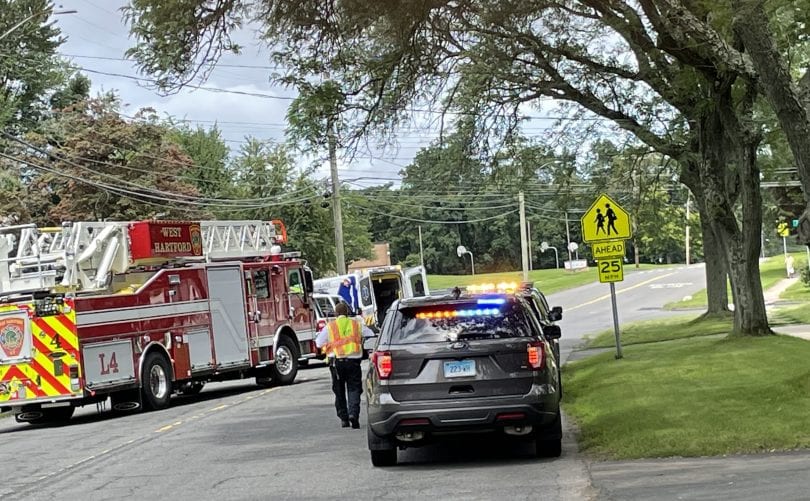 Police are investigating a car vs. bicycle crash on King Philip Drive near Aiken School. Photo courtesy of Robert Zinkerman 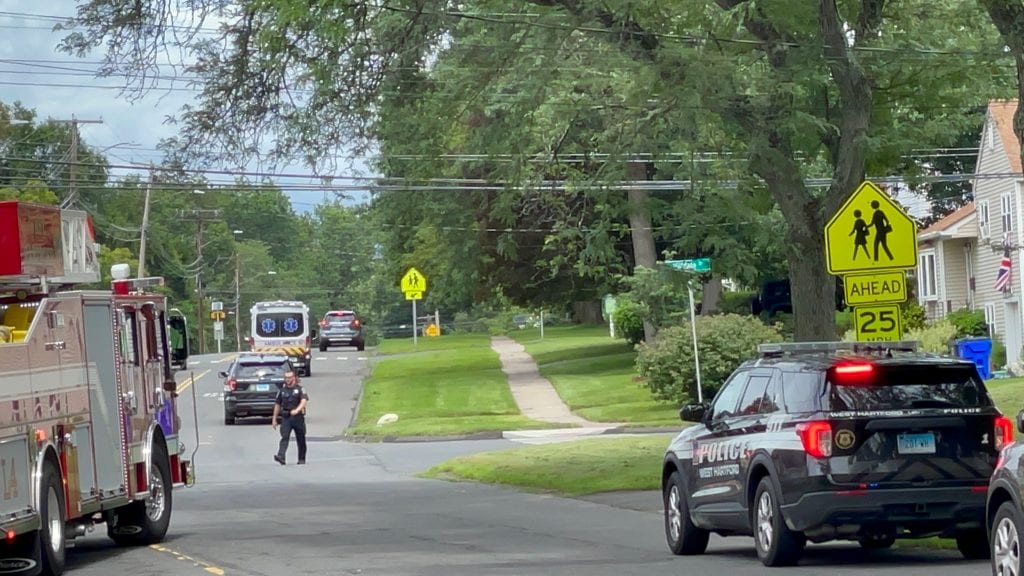 Police are investigating a car vs. bicycle crash on King Philip Drive near Aiken School. Photo courtesy of Robert Zinkerman

A bicyclist was taken to the hospital Monday afternoon following a collision with a vehicle on King Philip Drive, West Hartford Police Capt. Eric Rocheleau said.

Members of the West Hartford Police and West Hartford Fire departments responded to a report of a car vs. bicycle incident on King Philip Drive at 12:20 p.m. Monday, Rocheleau said.

The bicyclist, who was an adult, was transported to a local hospital for treatment of injuries sustained in the incident. The extent of injuries was not known, police said.

The West Hartford Police Department’s Accident Reconstruction Team remains at the scene and is conducting an investigation.

Police said King Philip Drive is closed between Old Meadow Road and Hilldale Road, and is expected to be closed for several hours, until at least sometime later Monday afternoon.