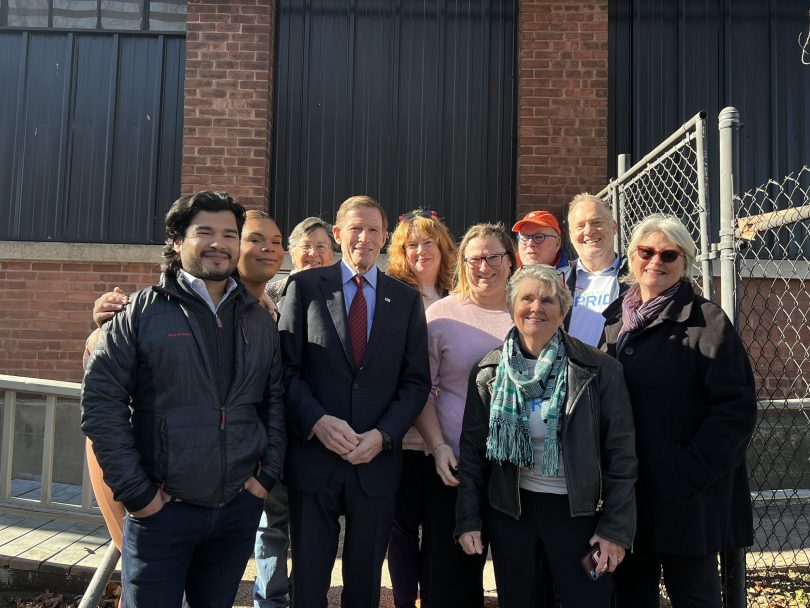 ‘Our marriage, like yours, should not be subject to state lines,’ said West Hartford resident Beth Kerrigan, who attended the Monday press conference along with her wife, Jody Mock. They were the lead plaintiffs in the 2008 case which made Connecticut the third state to legalize same sex marriage.

After solidifying their thin majority in the U.S. Senate over the weekend, Democrats in the chamber will look to pass legislation protecting the marriage rights of same-sex couples across the nation, U.S. Sen. Richard Blumenthal said Monday.

Blumenthal, fresh off his own reelection victory, appeared at the Hartford Gay & Lesbian Health Collective with LGBTQ advocates to rally support for the Respect for Marriage Act.

We-Ha.com is the place to go for the latest information about West Hartford – a town that "has it all"! We-Ha.com is part of and proud of our community, and we bring a hyperlocal focus to news and features about the people, schools, businesses, real estate, sports, restaurants, charitable events, arts, and more. Contact us at: [email protected] or [email protected]com.