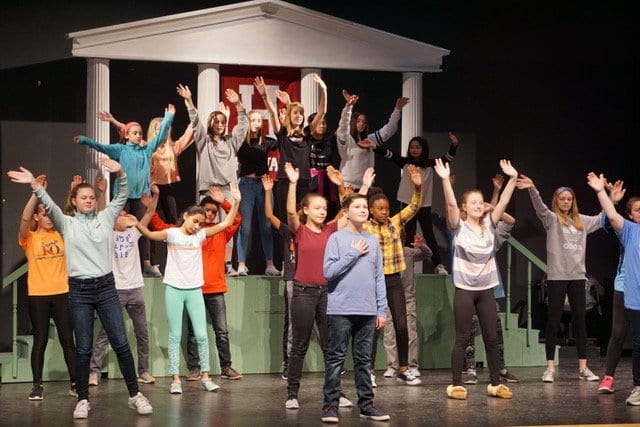 The all-ages musical production of ‘Legally Blonde Jr.’ will be performed at Bristow Middle School in West Hartford on March 23 and 24. 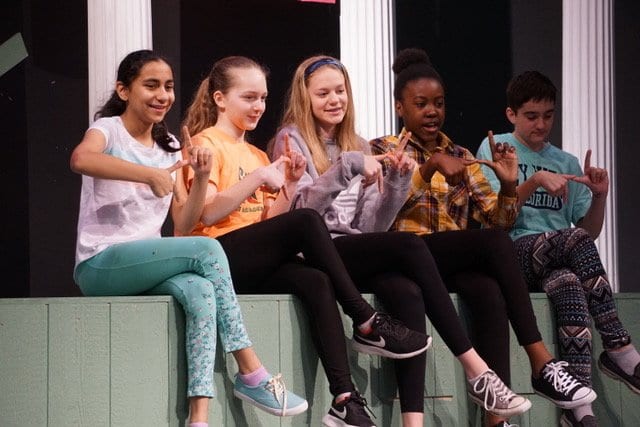 If you go to see Legally Blonde Jr., this year’s spring musical at Bristow Middle School, be prepared to get pulled into this dynamic show from the very first scene.

Simone, an eighth grade cast member, says the opening scene is her favorite because “it’s such a great start to the show; it’s very exciting and even involves the audience.”

Legally Blonde Jr.: The Musical was adapted from the novel of the same name by Amanda Brown, and the 2001 hit movie starring Reese Witherspoon. The junior version of the musical condenses the story and skips over details more appropriate for an adult audience. But the essential story remains the same: Elle Woods, a sorority girl who loves high fashion and all things pink, applies to Harvard Law School in an attempt to impress her boyfriend, who fears Elle is not “serious” enough for the life to which he aspires.

“Elle is a very kind person, always very happy and peppy,” says Bethany, the seventh grade student who plays Elle. “Underneath the stereotype of a sorority girl, Elle is very strong and confident. She stays tough.” Although Elle’s creative law school application – a music video – is accepted, her Harvard peers initially consider her shallow and not very smart. When Elle takes on and wins a big case, however, her classmates come to admire the person behind the stereotype.

Sloane Williams and Jennifer Omartian, both Bristow language arts teachers, have worked together as director and producer, respectively, for several years. “We struggled with what show to pick this year,” Williams recalls. “We wanted to be sensitive to what’s going on in the world right now. What’s great about this show is that it addresses so many stereotypes that kids are familiar with. It takes those stereotypes and turns them around.”

Katie Frewen, a vocal music teacher and the show’s music director, adds, “It’s a fun show, but also has a serious message that middle schoolers can relate to. It’s a very different kind of show from the last two years [The Sound of Music in 2016 and Fiddler on the Roof in 2017]. We think it’s important to give kids a chance to do a variety of shows.”

“Shows like this promote teamwork and camaraderie,” Williams adds, “and teach us to embrace all kinds of people and all kinds of talents – backstage, onstage, lighting, organization.”

Indeed, in a series of interviews with Legally Blonde Jr. cast members, it was clear that the whole cast sees the show as a team effort in which everyone’s contribution matters, regardless of whether they are on or behind the stage, have a big role or are part of the ensemble. “I may not be the best singer,” laughs Lily, the stage manager, “but I like that I can really be involved. Even if you’re not acting or singing, you’re still part of the family.”

Time after time, when asked about their favorite song or scene, students responded that they most love the big production numbers that get the whole cast involved. Natalie, an ensemble member, expressed it this way: “I like the community feel. Everyone can get together and show their talents.”

Eighth grade student Alex, who plays the lawyer for whom Elle interns, has been in the spring musical for each of his three years at Bristow. While he plans to study science or math long-term, Alex also “love[s] music and acting, so this is a great chance to do something in the arts.” In contrast, sixth-grader Max says, “I’ve never done anything like this before. When I learned that Bristow has a theater program, I was really excited to try it out.”

Even some eighth-graders are first-time Bristow Players, because this is the first year their schedules allowed for rehearsals, or just because they wanted to try something new.

Williams says she loves “watching kids who aren’t that secure at first grow and get more comfortable. We have kids come back when they’re older and tell us how much being in one of these shows meant to them. For many, this is their first theater experience ever. Not everyone thrives in a formal classroom setting. This gives kids a place to be loved and appreciated, and to feel brave and confident.” The message of Legally Blonde Jr. – look beyond stereotypes to appreciate each person’s gifts – is apparent not just on stage, but in how the cast and crew value and support one another as they work together to produce a high-energy, engaging show.

There are a few tickets left for the matinee and evening productions of Legally Blonde Jr. on Saturday, March 24, while the March 23 evening show is sold out. Order tickets at ShowTix4U.com (search for “Bristow”). The show is appropriate for adults and children of all ages. 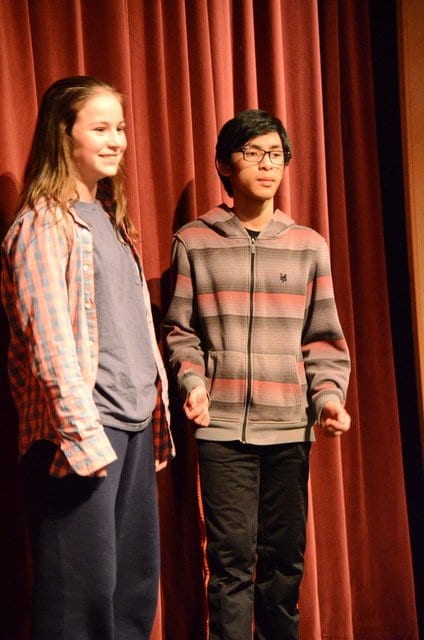 Sophia and Alex in Legally Blonde Jr., which will be performed at Bristow Middle School. Photo credit: Marlene Singer 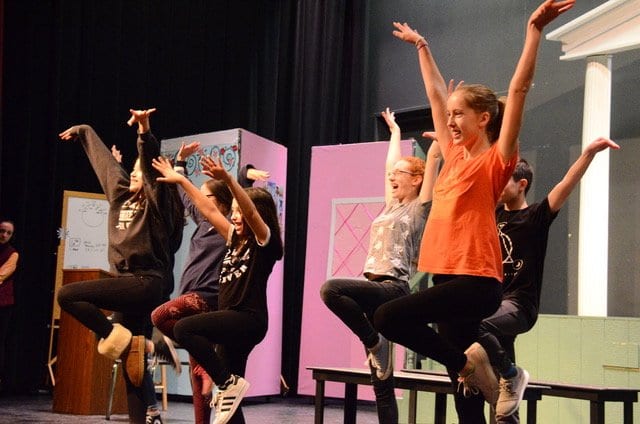 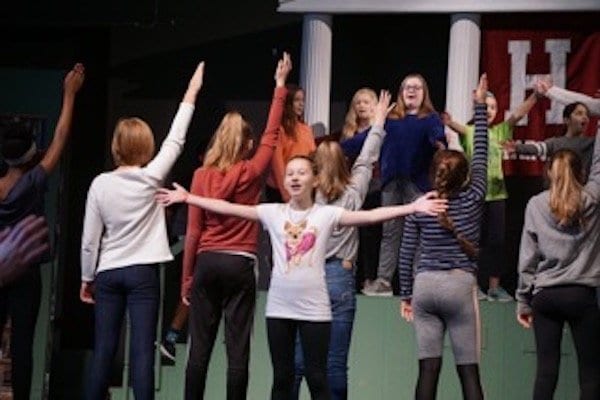