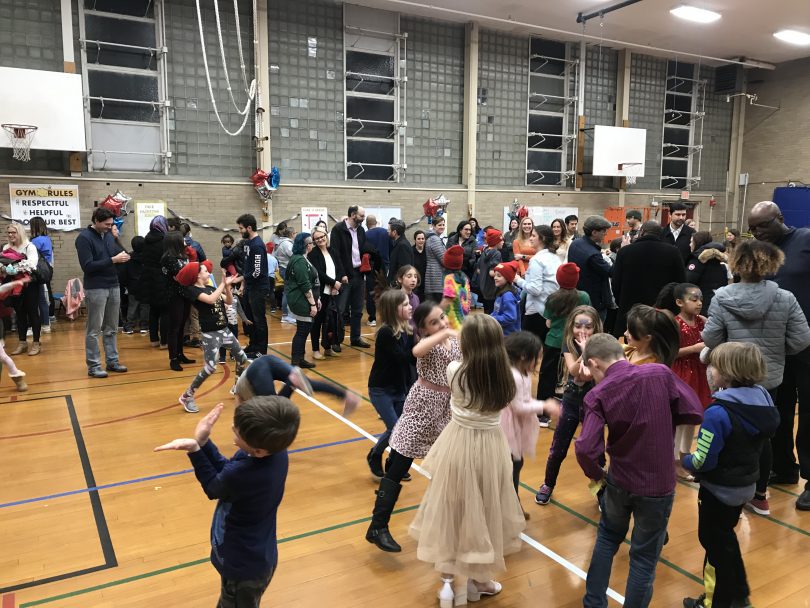 West Hartford Bugbee Elementary School was introduced to a mini version of UConn’s HuskyTHON fundraier, where parents and kids competed in various activities in support of an important cause. 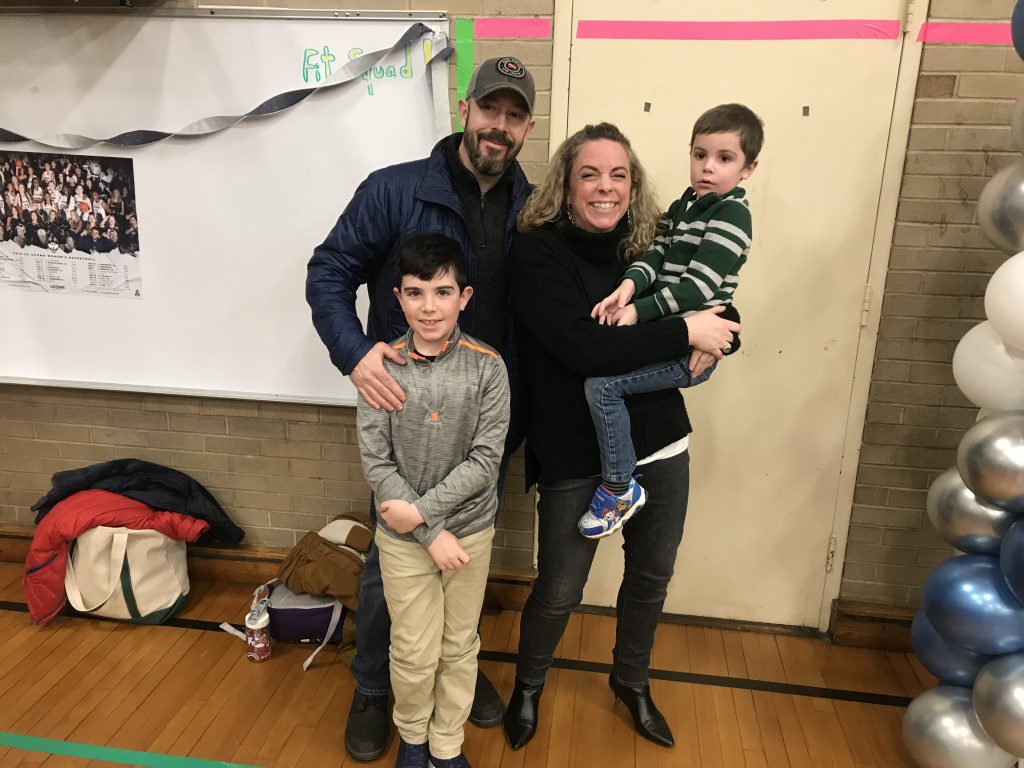 Bugbee Elementary School teamed up with UConn, and on Thursday, Feb. 13 hosted the school’s inaugural JonaTHON fundraiser as a way to bring awareness to HuskyTHON and their cause of supporting Connecticut Children’s Medical Center.

HuskyTHON is a prestigious annual fundraiser at the University of Connecticut where student groups participate in an 18-hour dance marathon that raises money that for Connecticut Children’s. Each group is assigned a “miracle child,” a patient from the hospital, which gives the event even greater significance. The inaugural HuskyTHON at Uconn was held in 2000.

The impetus for JonaTHON was to bring more awareness to the cause and get other schools across the state involved.

“The main goal of JonaTHON was to bring the experience of HuskyTHON to elementary, middle, and high schools so they can be included,” JonaTHON Co-director Erin Gallacher said. “This is this school’s first and it’s one of the most organized events we’ve had so far,” she said of the Bugbee event.

Bugbee Principal Kelly Brouse, a UConn alum who has been participated in multiple HuskyTHONs, was more than willing to bring the program to the school.

“Our Student Council has put together events for fundraising like talent shows and movie nights, but this year our students wanted to help the CCMC as a fundraiser,” Brouse said. “We have all parent volunteers and all the activities have come from their backyard. This is a community effort and it shows how we can come together for a greater cause.” 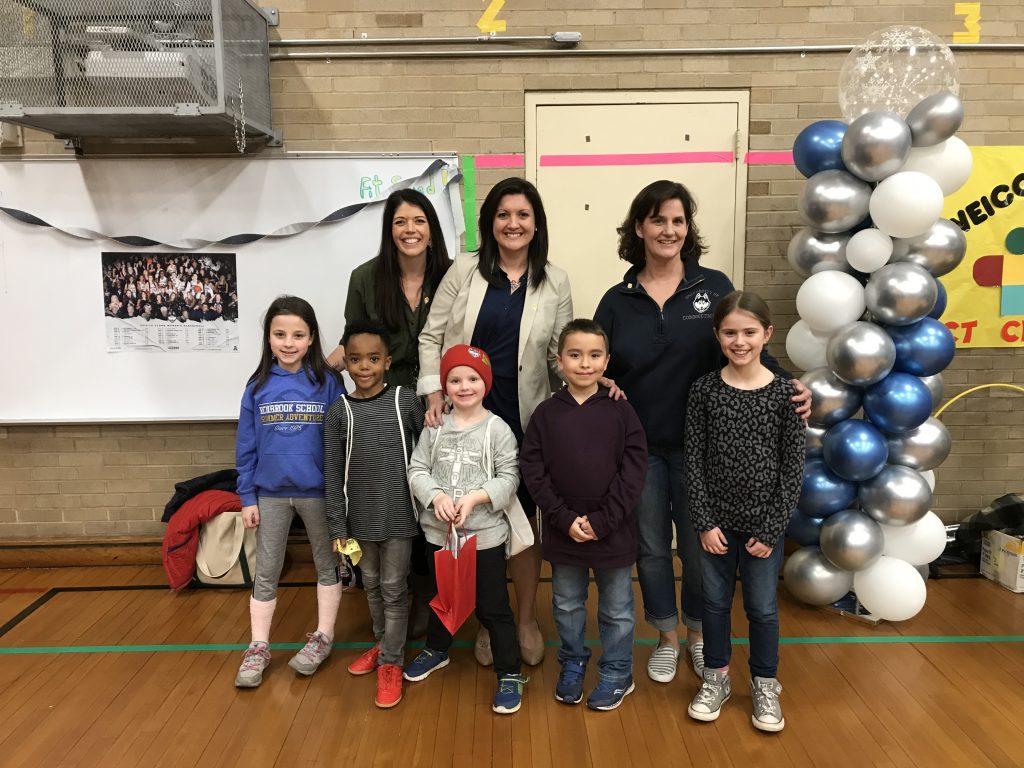 JonaTHON featured many different activities for the kids including a station for tattoos, face painting, a place where they could build their own bag, multiple games, and a dance floor where songs were played by a DJ.

Students from UConn also helped out at the Bugbee event.

Gavin, who was diagnosed with leukemia, finished his treatment on Sept. 30, 2019, and will be able to join his kindergarten classmates in the fall.

The first ever JonaTHON event at Bugbee was a resounding success, as the kids raised over $2,000.

For more information, or to support HuskyTHON, visit the website. 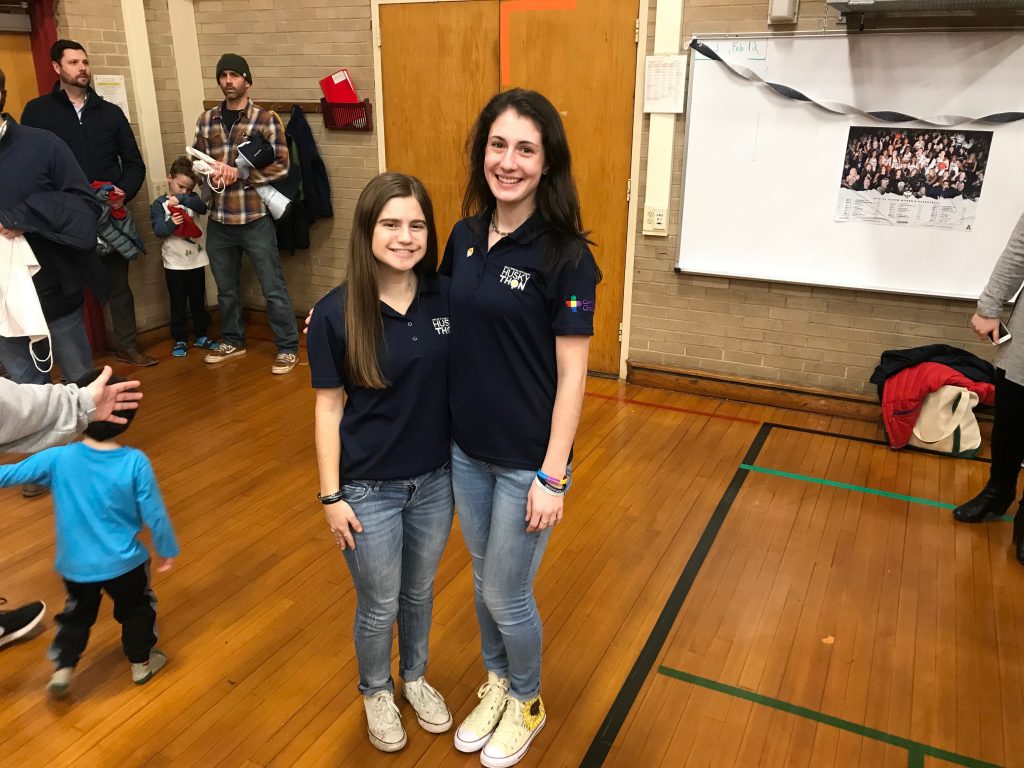 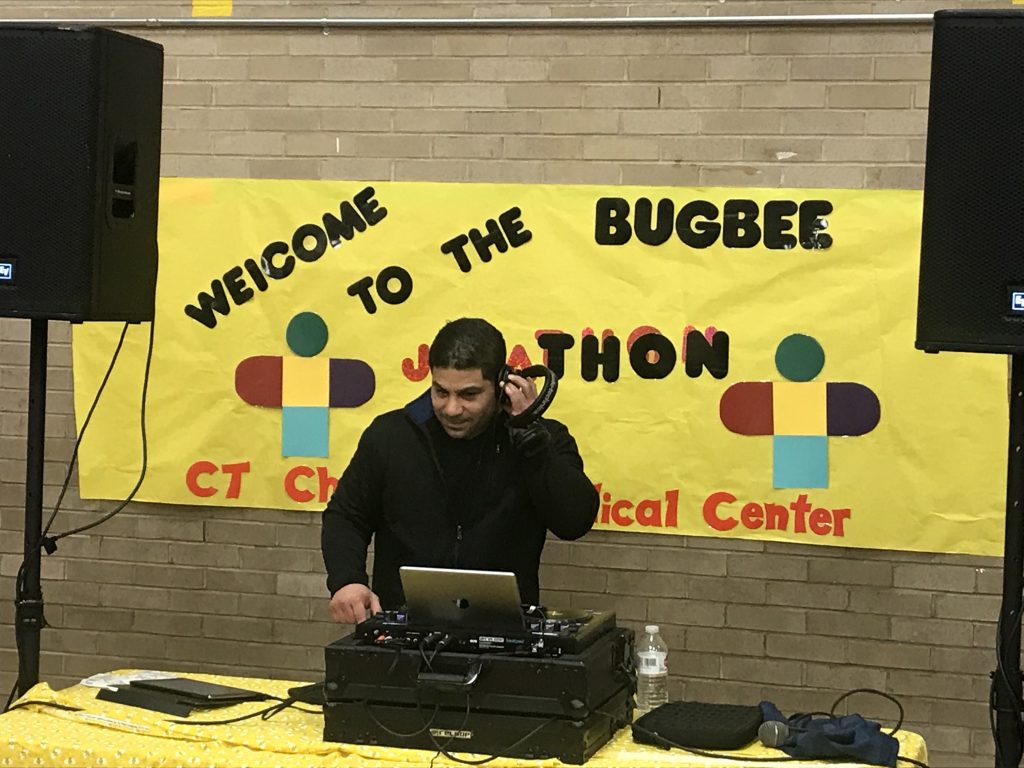 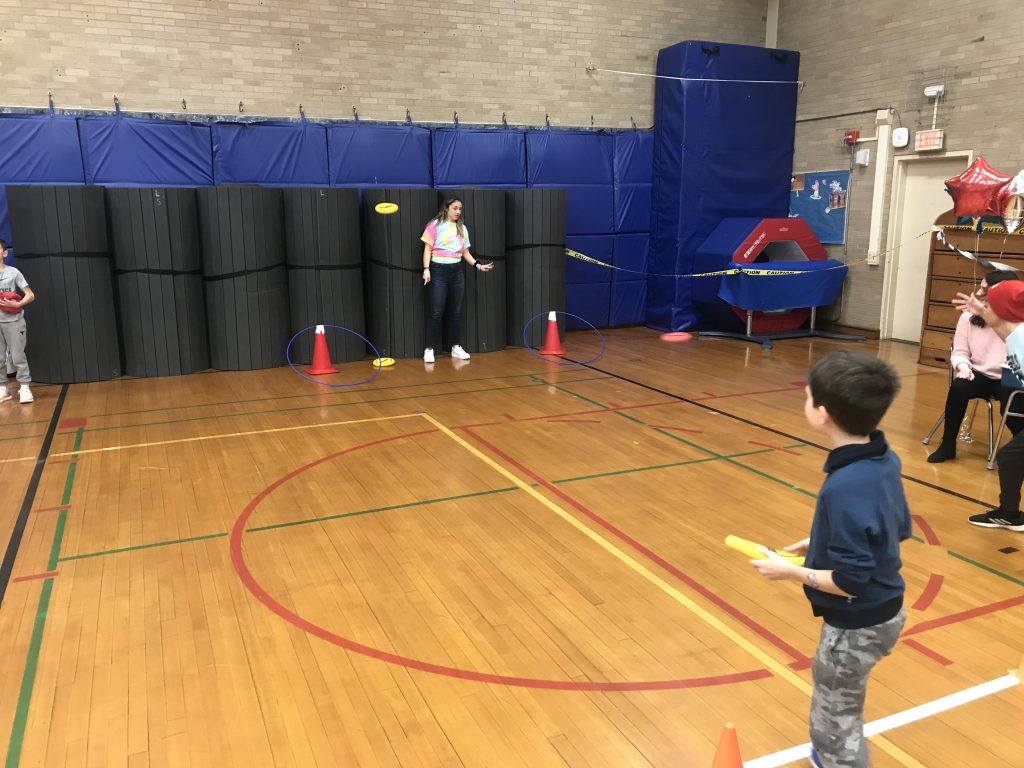 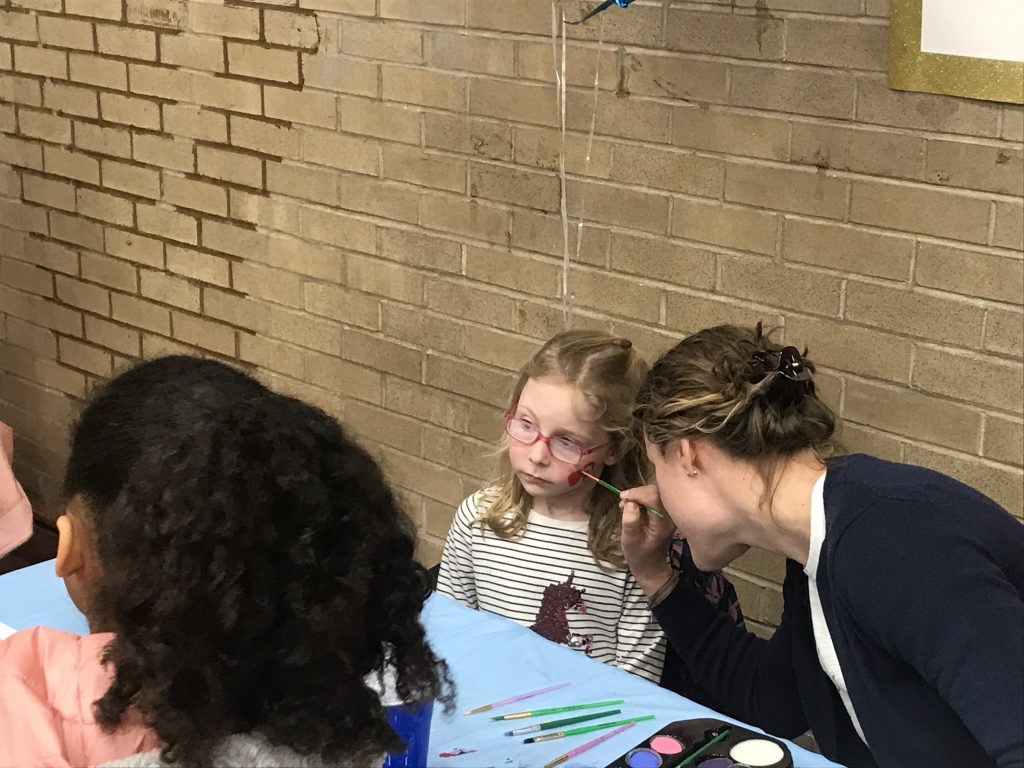 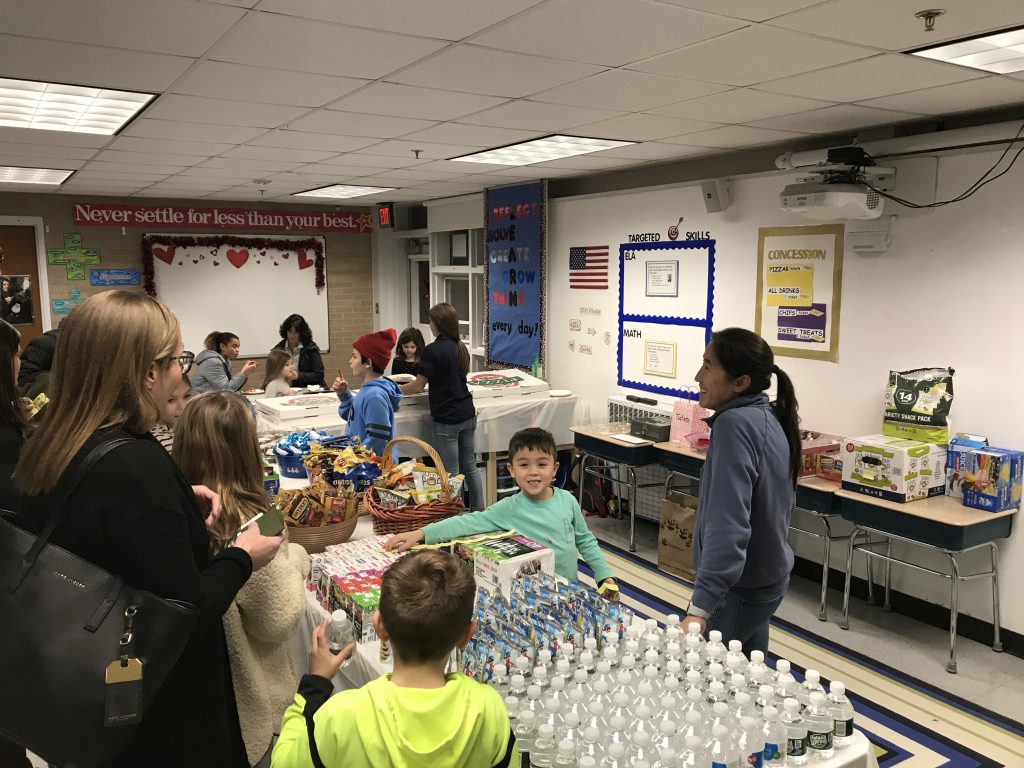 Back room with a variety of snacks and beverages. Photo credit: Asaad Hicks 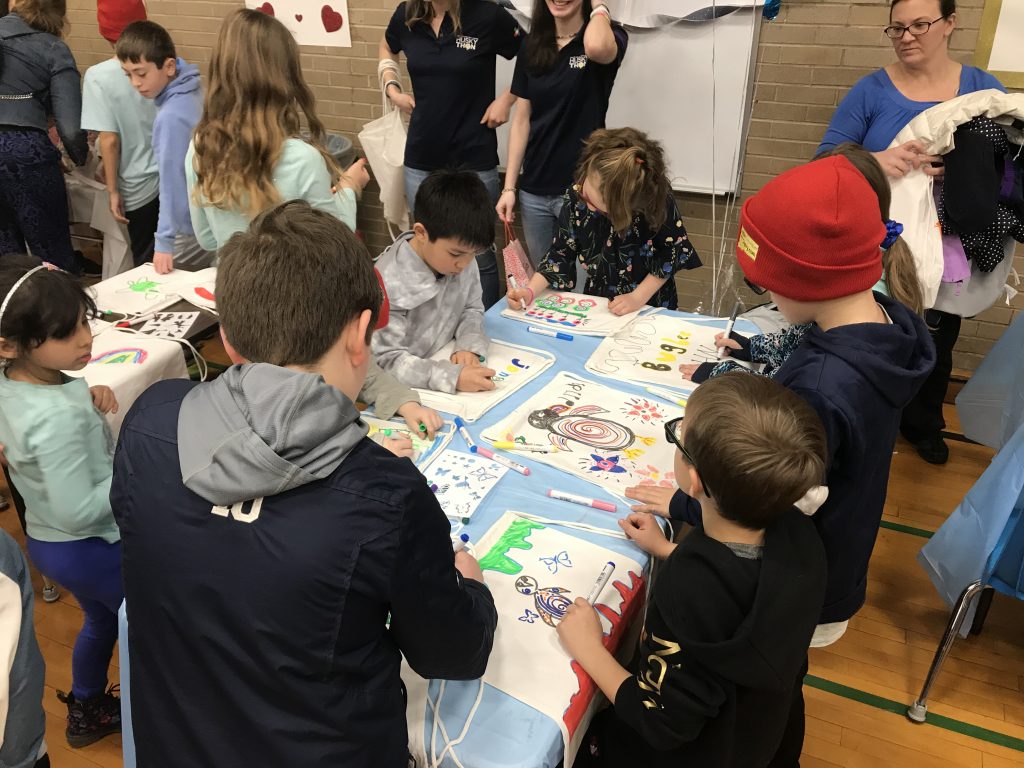 Station where kids could create and design their own bags. Photo credit: Asaad Hicks 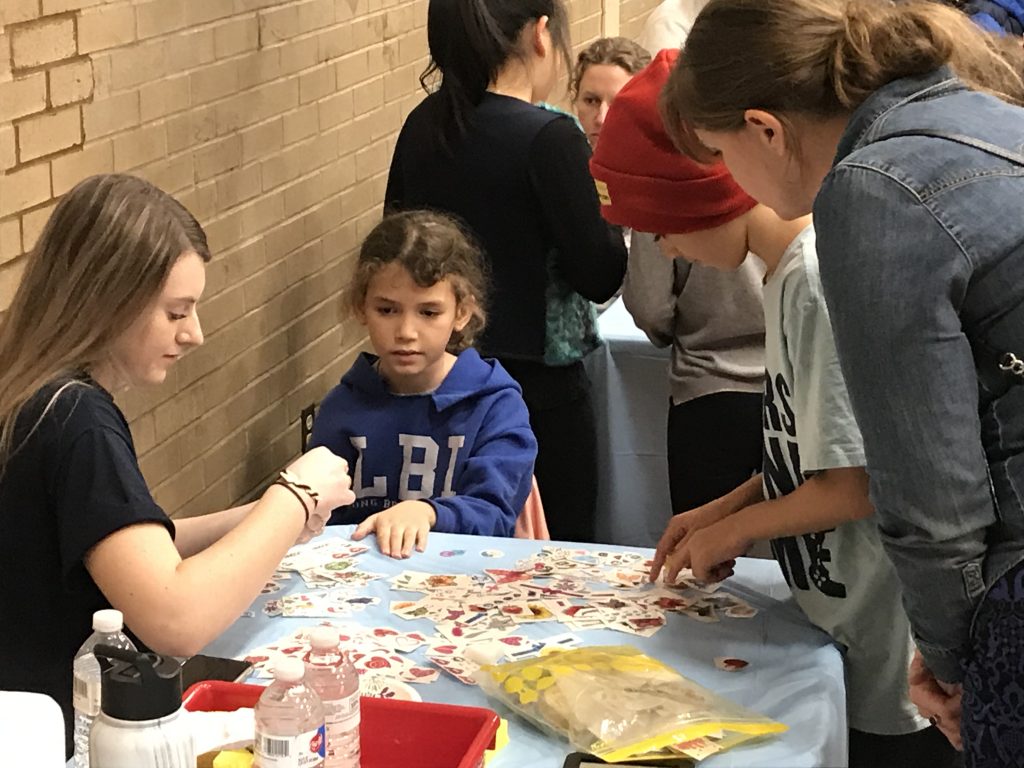