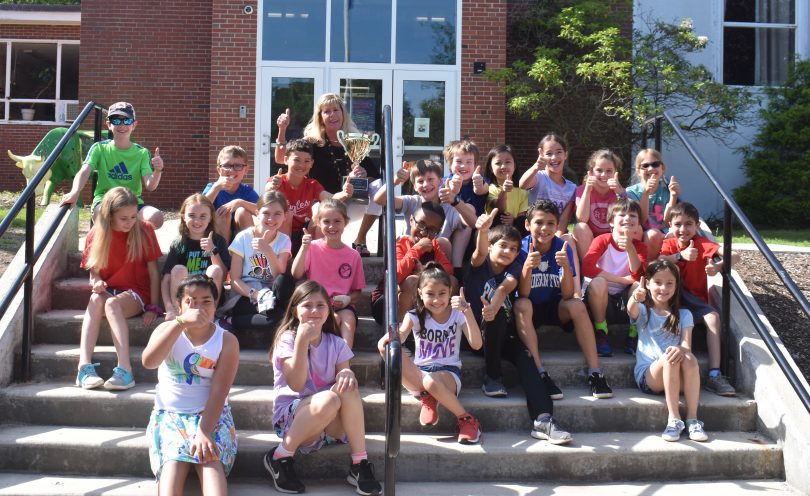 Students from Kelly DiPietro's fourth grade class at Bugbee brought in the most donations, and won the contest to fill the bus. Photo credit: Marie McNamara

Students at Bugbee Elementary School in West Hartford donated more than 4,000 food items, with the winning class getting the opportunity to ‘Fill-A-Bus’ with donations for the Food Pantry. 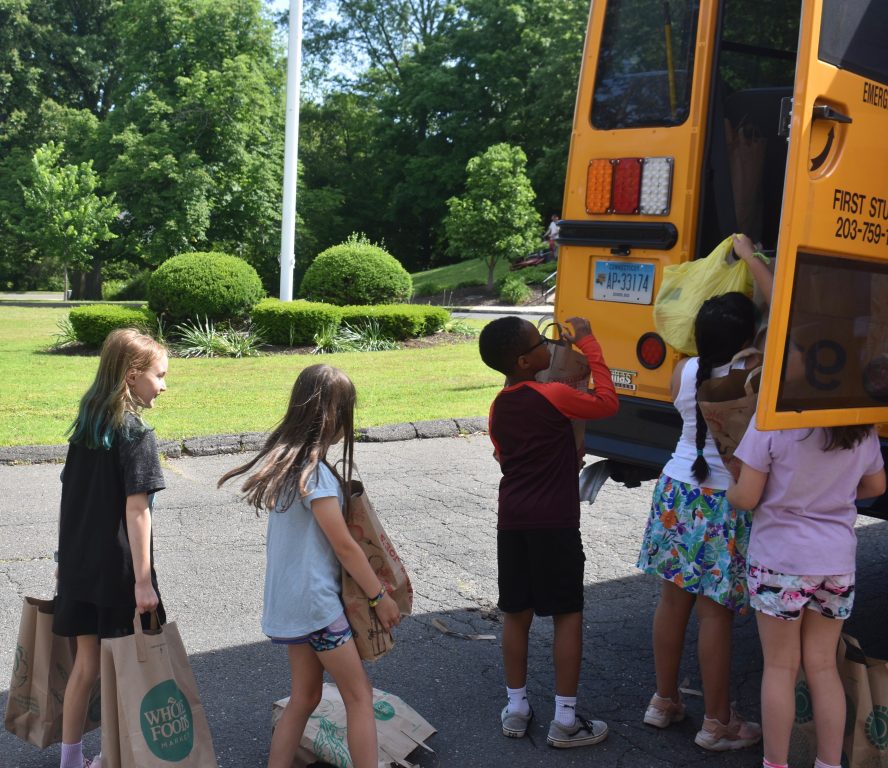 There was an atmosphere of jubilation surrounding Bugbee Elementary School on Friday, and not just because the weekend was approaching. The students were celebrating the conclusion of the four day Fill-A-Bus food drive, during which they donated non-perishable items to be delivered to West Hartford’s Food Pantry.

The food drive is a friendly competition, in which each of Bugbee’s classes competes to donate the most items. The winning class gets the opportunity to take all the donations and load them onto a school bus to be delivered to the food pantry.

This year’s winners were the students in Kelly DiPietro’s fourth grade class, whose cheers resonated throughout Bugbee’s hallways following their announcement as victors. They donated 631 items, and the school as a whole donated more than 4,000 items, an increase of over 1,500 items from last year’s food drive.

The donations will help feed over 800 families this summer, a period where donations to the Food Pantry often dry up.

“The Food Pantry has been close to empty, and now it will be stocked,” announced Marie McNamara.

McNamara, a former Bugbee parent and volunteer who is instrumental in organizing the food drive year after year, said this year’s food drive “surpassed expectations,” and that the key to the program’s success were volunteers, both students and parents, who helped count and label every item donated.

“Parents stepped up and kids would actually take wagons around their neighborhoods and do food drives, go door to door … really good stuff,” McNamara added.

Speaking on the competitive aspect, McNamara said, “It’s a competition to fill the bus but we also try and enforce the goodness in it … it’s not just filling the bus, it’s filling the food pantry for the summer.”

The culminating moment of the day was the loading of the school bus itself. Each student in DiPietro’s class helped carry the bags of groceries onto the vehicle, and, by the time they finished, the bus was packed to the brim with donations for the food pantry. The students completed their task with enthusiasm and excitement, an attitude DiPietro saw in her students even before they were announced as the winning class.

“Before we even know we won, and they were talking about how the food was going to help 800 families, our class just sat there and clapped.” 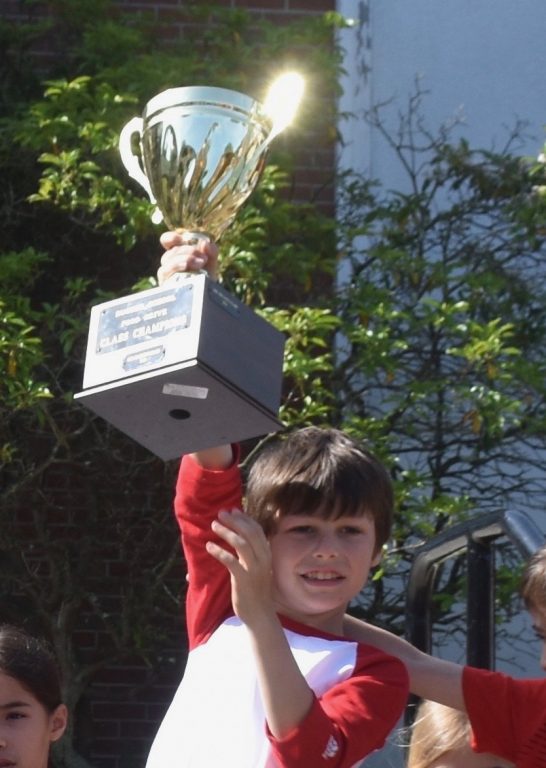 Cole Wenner, a student in Kelly DiPietro’s fourth grade class, holds the trophy the class won for the most food donations for ‘Fill-A-Bus.’ Cole was recognized because he used his allowance to buy more groceries. Photo credit: Marie McNamara

Dipietro praised each and every one of her students for their role in the food bank, but highlighted the efforts of one student, Cole Wenner, in particular.

Cole receives a weekly allowance, and is required to save a certain portion every week in his bank account. With the help of his sister, he took all the money he had saved from his allowance and bought groceries to aid the Fill-A-Bus cause.

When asked about his experience with Fill-A-Bus, Cole responded, “I like it because we’re helping people, and the winning is nice, but the best part is helping people.”

“I wanted to win of course, but I also wanted to help as many people as possible,” he added.

Charity and selflessness are two things emphasized in DiPietro’s fourth grade class, and the effects of that teaching were clearly evident in the smiles of every student participating Friday. Despite early morning heat, the students enthusiastically loaded each bag of food onto the bus, with one yelling “This is amazing!” after doing her part.

“Something that we talk a lot about is just helping others,” said DiPietro.

This year was the sixth annual Fill-A-Bus, and the food drive will undoubtedly return for a seventh year next June. Anyone interested in supporting the cause before then should contact Community Partnerships Manager Suzanne Oslander at [email protected] or 860-561-7580. 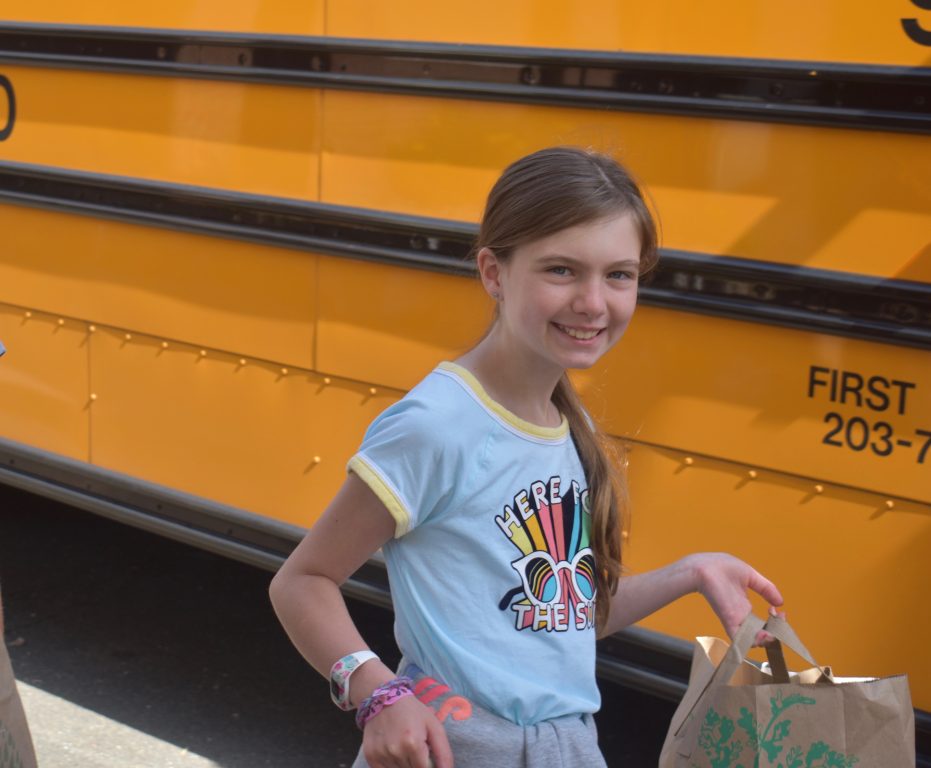 A student holds bags of groceries that were donated to Bugbee’s ‘Fill-A-Bus’ for the West Hartford Food Pantry. Photo credit: Marie McNamara 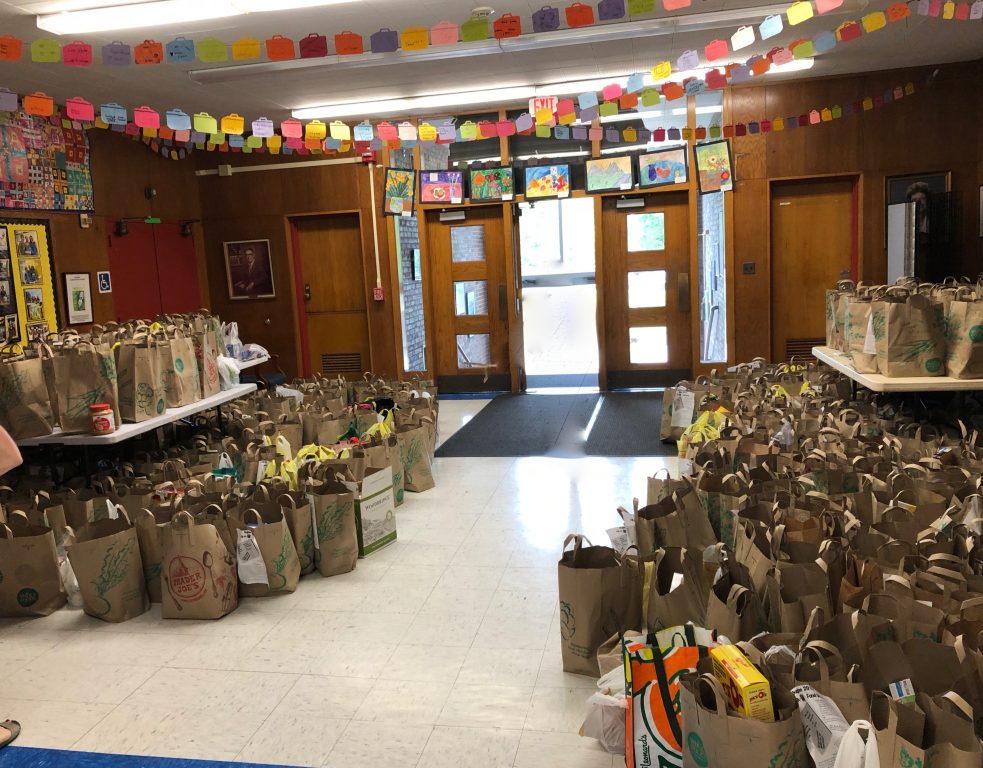 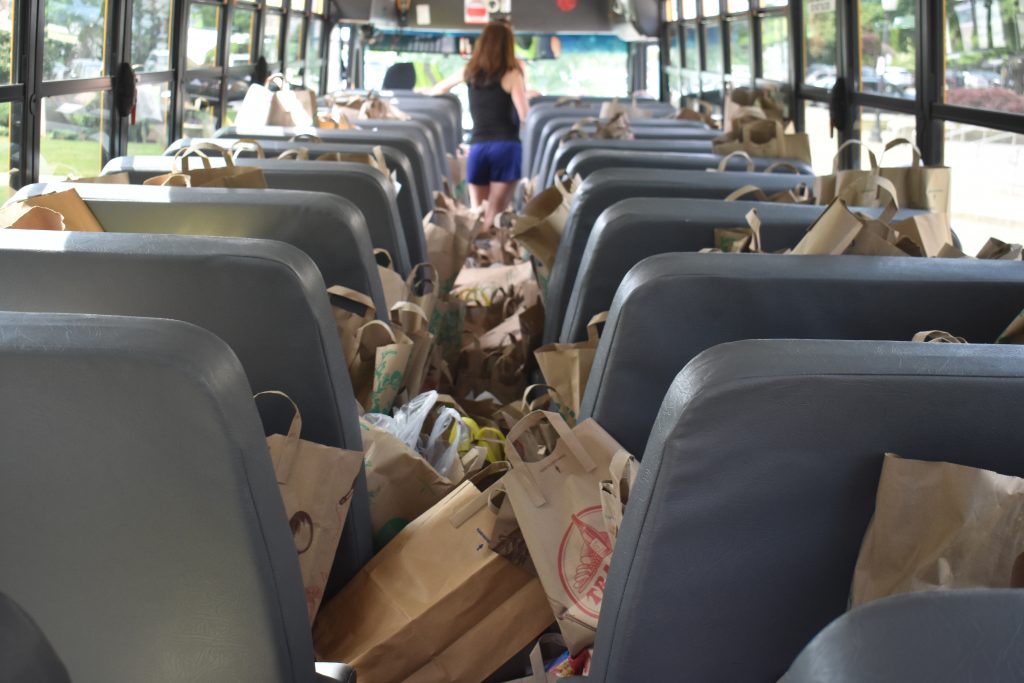 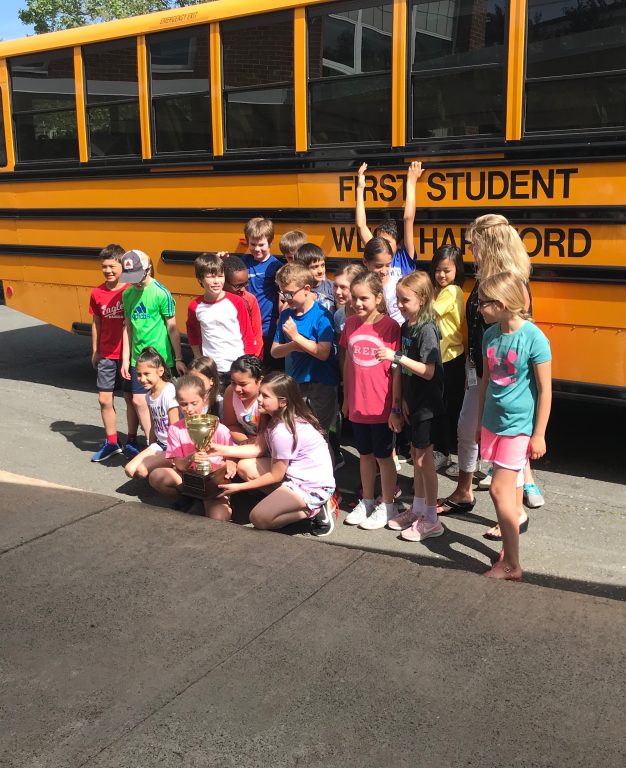 Students from Kelly DiPietro’s class at Bugbee brought in the most donations, and won the contest to fill the bus. Photo credit: Dexter McCann