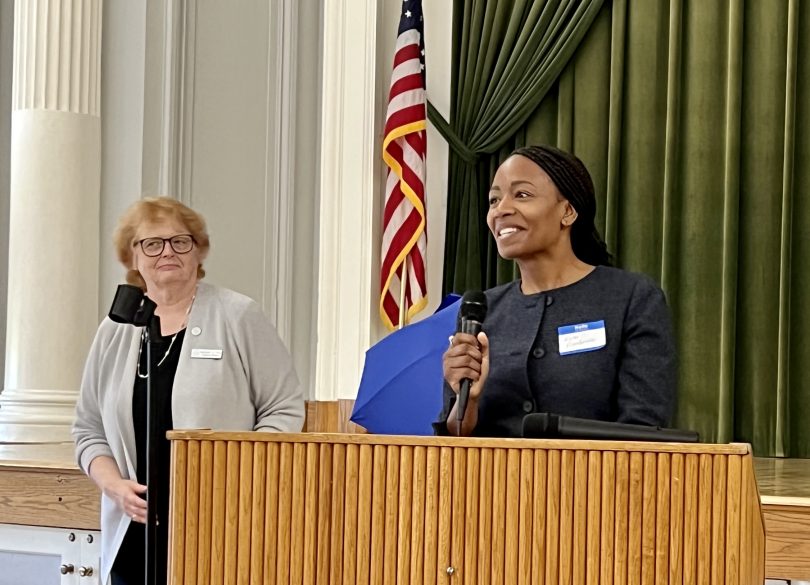 Kim Ambroise was named the Build No Fences award winner at the Breakfast on the Bridge. Sept. 14, 2022. Photo credit: Ronni Newton

Kimberly Ambroise, an assistant principal at West Hartford’s Hall High School, was honored with the ‘Build No Fences’ Award at the 34th ‘Breakfast on the Bridge’ Wednesday morning. 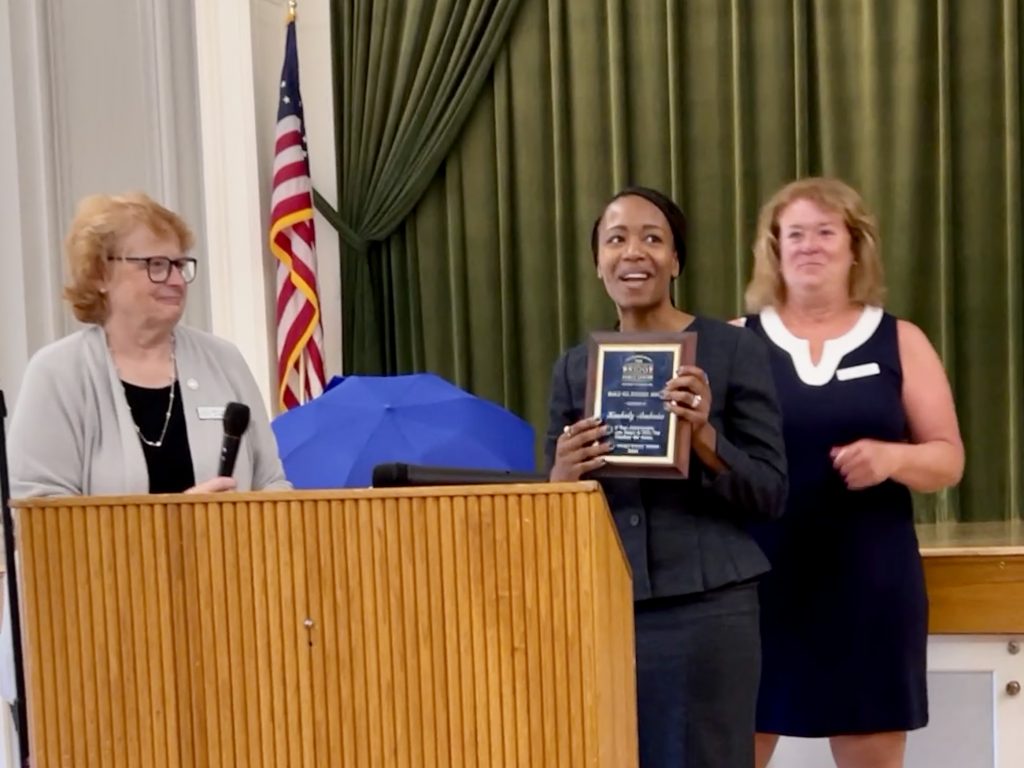 Kim Ambroise (center), with Bridge Executive Director Margaret Hann (left) and Director of Development and Communications Doreen Tarascio, holds up the Build No Fences plaque at the Breakfast on the Bridge. Sept. 14, 2022. Photo credit: Ronni Newton

A time-honored tradition that has become synonymous with back to school returned this September for the first time since 2019, as the Bridge Family Center celebrated those who support the town’s children and families, and presented the “Build No Fences” award to Hall High School Assistant Principal Kimberly Ambroise.

Ambroise, whose husband, two young children, and mother surprised her as she accepted the award, said she was shocked to be chosen. 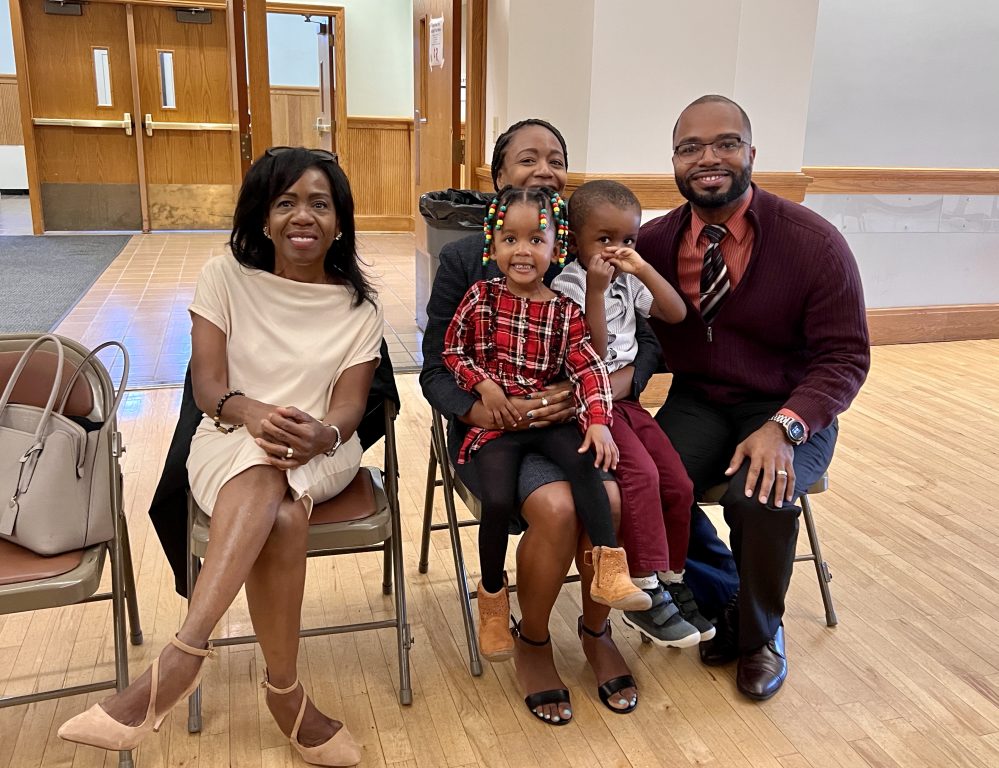 Kim Ambroise’s was surprised by her mother, husband, and two children at the Breakfast on the Bridge. Sept. 14, 2022. Photo credit: Ronni Newton

“I think this is such a team effort, I think this award goes to all of the schools and all of the leaders in this room because I wouldn’t have been able to do it without all of you,” she said.

Ambroise noted all who she has worked with over the years and who have mentored her, including in their past roles such as (current Interim Superintendent) Andy Morrow when he was principal of Bristow, (current Executive Director of Human Resources) Julio Duarte and (current Executive Director of Equity Advancement) Roszena Haskins when they were at Conard. She also thanked Assistant Superintendent Paul Vicinus, Interim Assistant Superintendent Anne McKernan, and Haskins as well as Scott Ratchford and Jocelyn Tamborello-Noble for their support of the Equity Squad, and everyone else in attendance.

“I wouldn’t be standing here today if it wasn’t for all of you,” she said. 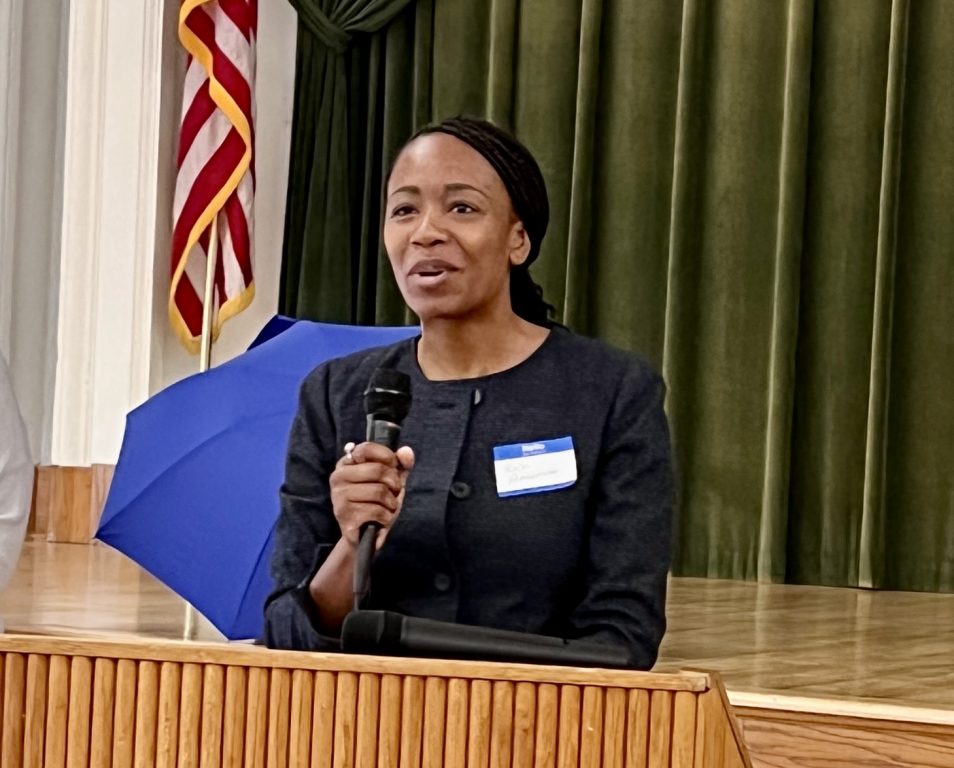 Kim Ambroise was named the Build No Fences award winner at the Breakfast on the Bridge. Sept. 14, 2022. Photo credit: Ronni Newton

Doreen Tarascio, director of Development and Communications for the Bridge and organizer of the event, said after having to cancel it two years in a row she and Executive Director Margaret Hann said they felt it was important to move forward and hold the breakfast this year and give out the Build No Fences award for the first time since 2019, even if no one came. Supporters – including administrators and principals from throughout West Hartford Public Schools, social service professionals, Mayor Shari Cantor, Deputy Mayor Liam Sweeney, other Town Council members, Town Manager Rick Ledwith, West Hartford Police Chief Vernon Riddick and Assistant Chief Rob Riccobon, Bridge staff, and others from the community – showed up in force, however, and more than 100 attended the event Wednesday morning in the West Hartford Town Hall Auditorium. 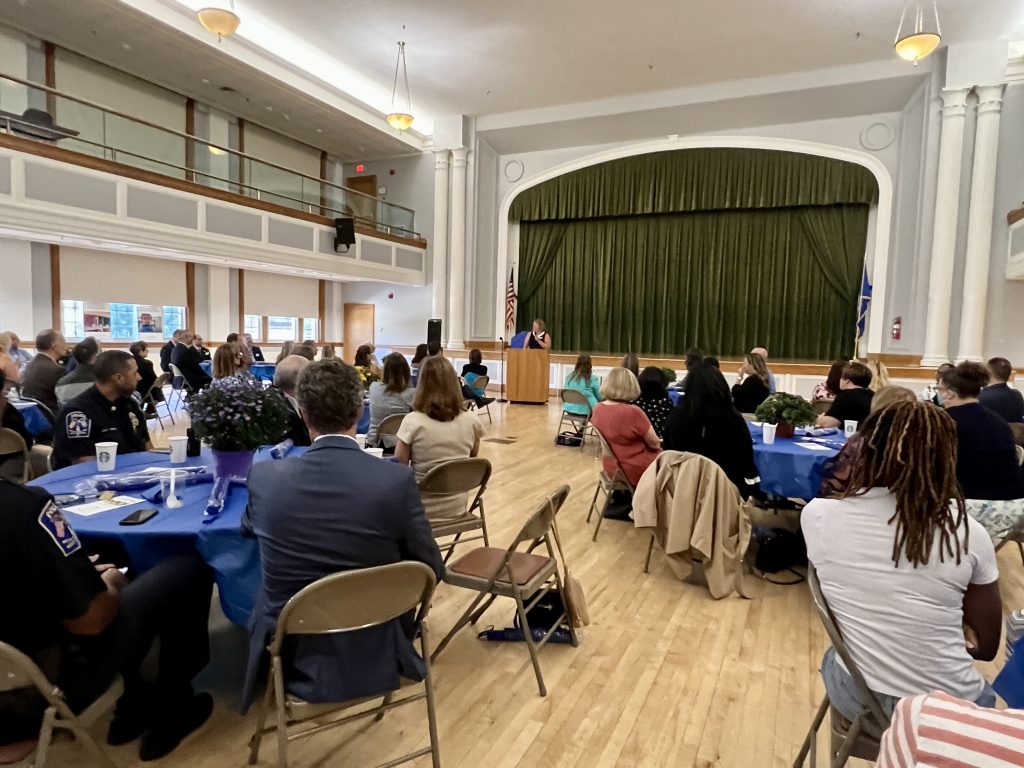 In naming Ambroise as the award recipient, Tarascio said she embodies the Bridge’s vision of “every child, every family, every time.”

As is the tradition, Tarascio read a few excerpts of reflections she had received from Ambroise’s colleagues.

“While Kim has eagle eyes for equity and a passionate drive that makes her unstoppable, she also has an inviting and collaborative spirit,” said Haskins, who worked with Ambroise at Conard. “Kim consistently creates space for diverse identities and perspectives to be seen, heard, and validated.” 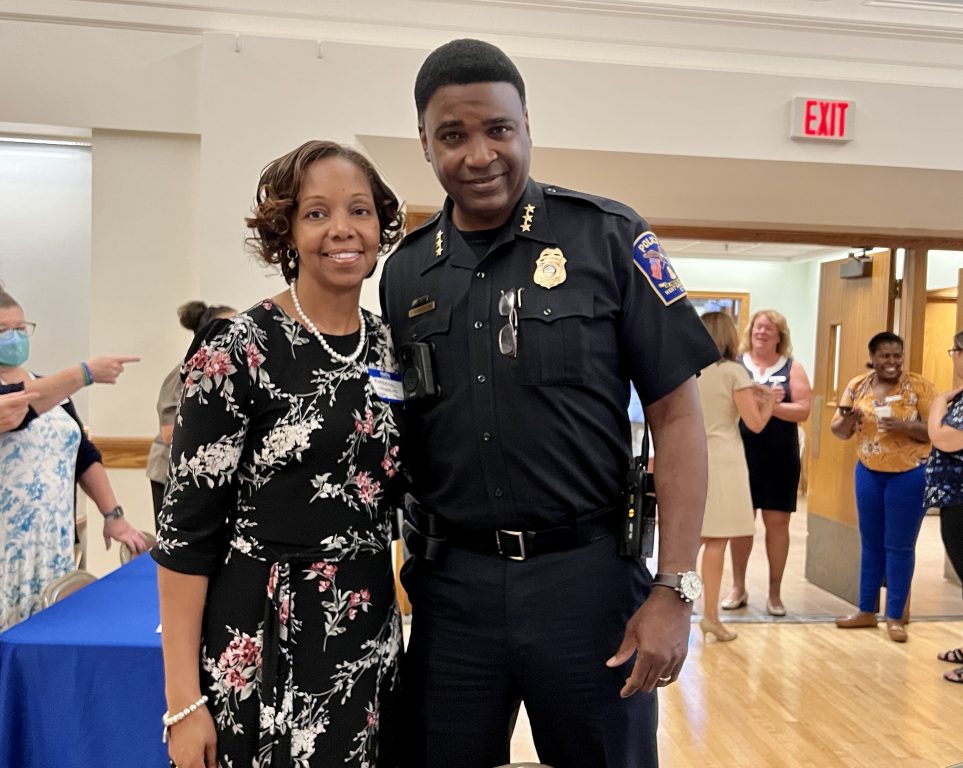 Haskins noted Ambroise’s support for the Hall and Conard Youth Equity Squad, and said she likens her to “soft sand in tough terrain because she brings calm during times of crisis and genuine care to every encounter she has. As a resilient leader within the West Hartford Public Schools and an engaged resident of West Hartford, Kim’s efforts to advance equity in our schools, celebrate diversity in our community, and foster an inclusive and socially just society are most deserving of the Build No Fences award.”

Jon Merritt, the youth services coordinator for the Bridge, said he has worked with Ambroise as part of the Hall Student Success Planning Team where she has been a leader and advocate for making the community as a whole more open and welcoming. “[It] is clear that Kim will always put her students first. She is a highly-motivated leader with the unique ability to bring everyone together, regardless of personality or difference, to achieve a common goal.” 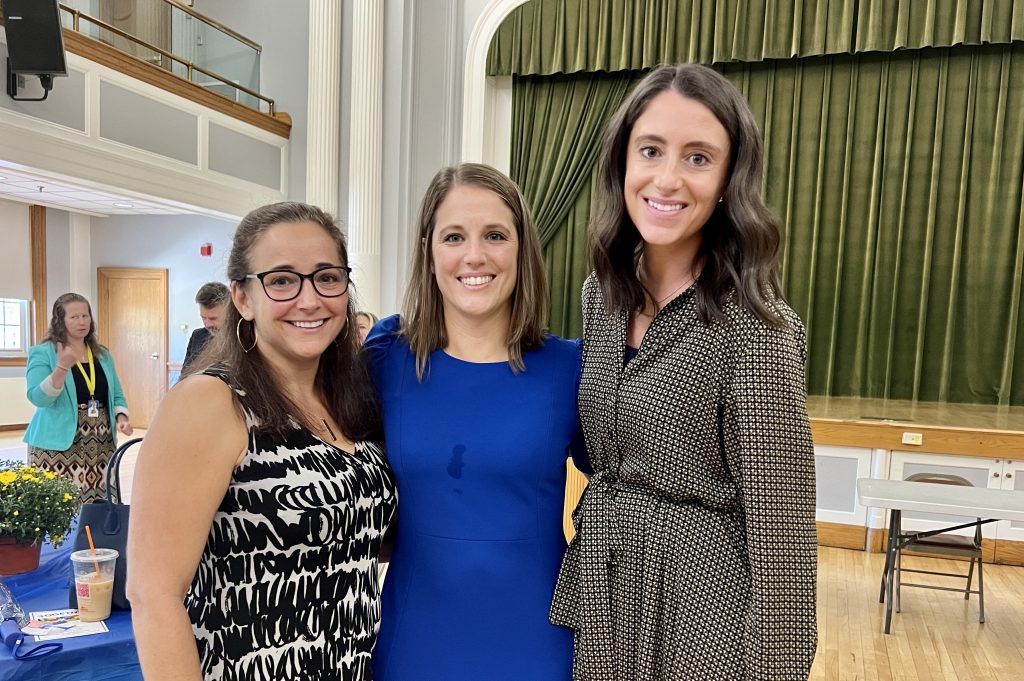 Sarah Isaacs and Melissa Hickey, the other assistant principals at Hall, also shared their thoughts.

“Kim is a fierce advocate, consistently going to bat for students on an individual basis and for any group of students who need a voice,” said Isaacs, also noting Ambroise’s organizational abilities.

“Equity is at the heat of all Kim does,” said Hickey. “When one thinks of breaking down barriers, fostering collective efficacy to make systemic changes, and leading by guiding others, it’s impossible not to think of Kim.”

Hall Principal Dan Zittoun praised Ambroise’s work ethic, ability to create partnerships, and commitment to equity and her students. “She understands the importance of involving all stakeholders to create powerful partnerships,” he said, and has created programs throughout the district including a professional development opportunity and panels that include community members. 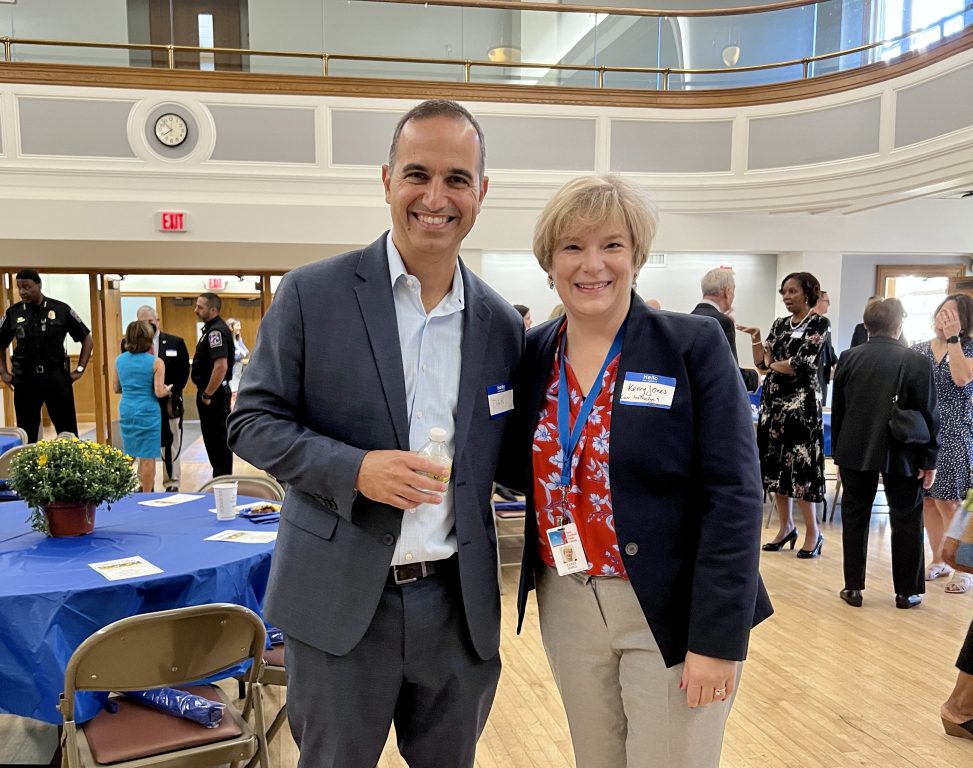 “Kim is also highly committed to building equity,” Zittoun said. “She lives by the adage that everyone should be seen, heard, and valued,” has greatly expanded the Future Educators of Diversity club, and created an Equity Squad that now interacts with the school as a whole.

Susan Hamilton, president of the Bridge’s Board of Directors, said like most people she never thought the disruption caused by the pandemic would last so long. She thanked everyone for coming back to attend the breakfast, and said, “I hope that we’ve crossed over to move forward with more of a sense of normalcy.”

It’s more important than ever to support kids in ways that help them be successful, Hamilton said, praising the Bridge for finding creative ways to do the “right thing.” 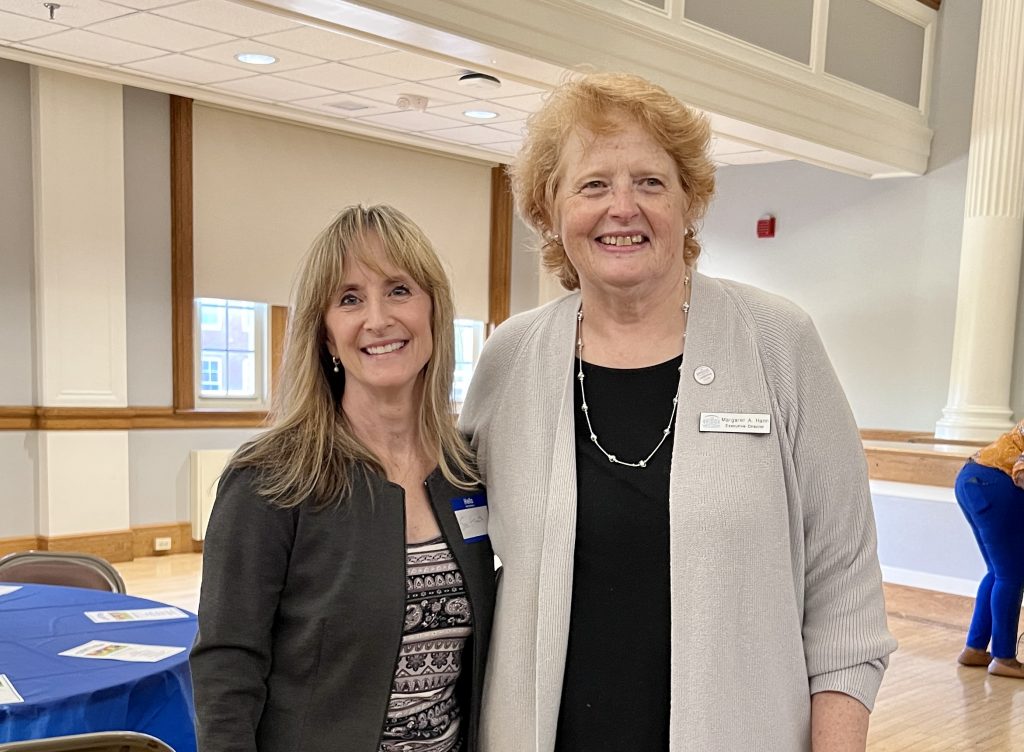 Hann said it was wonderful to see everyone come back to the breakfast. “We weathered the storm,” she said, noting that the Bridge’s gift to attendees this year was appropriately an umbrella. “We stood together. We leaned in and near backed away from supporting each other and the people in the community,” and learned about “courage, perseverance, resilience, and faithfulness.”

Sharing a passage from one of her favorite books, “My Grandfather’s Blessings” by Rachel Naomi Remen, Hann read an inspiring message about faithfulness. “Our faith in each other has gotten us through the last few years,” she said. 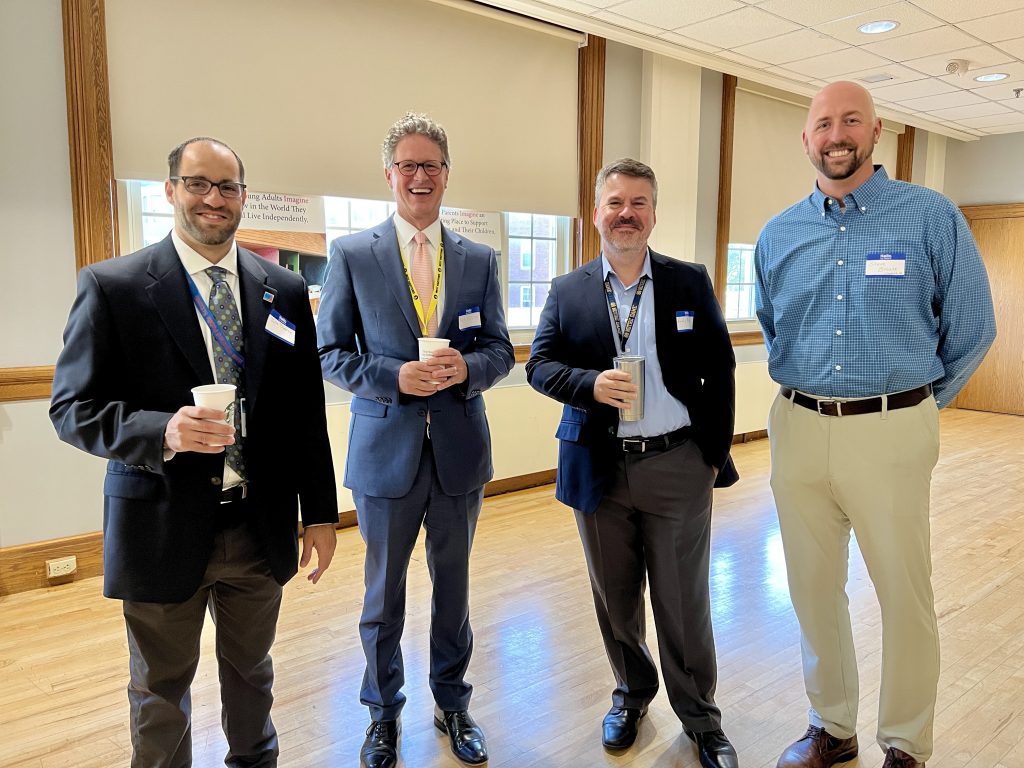 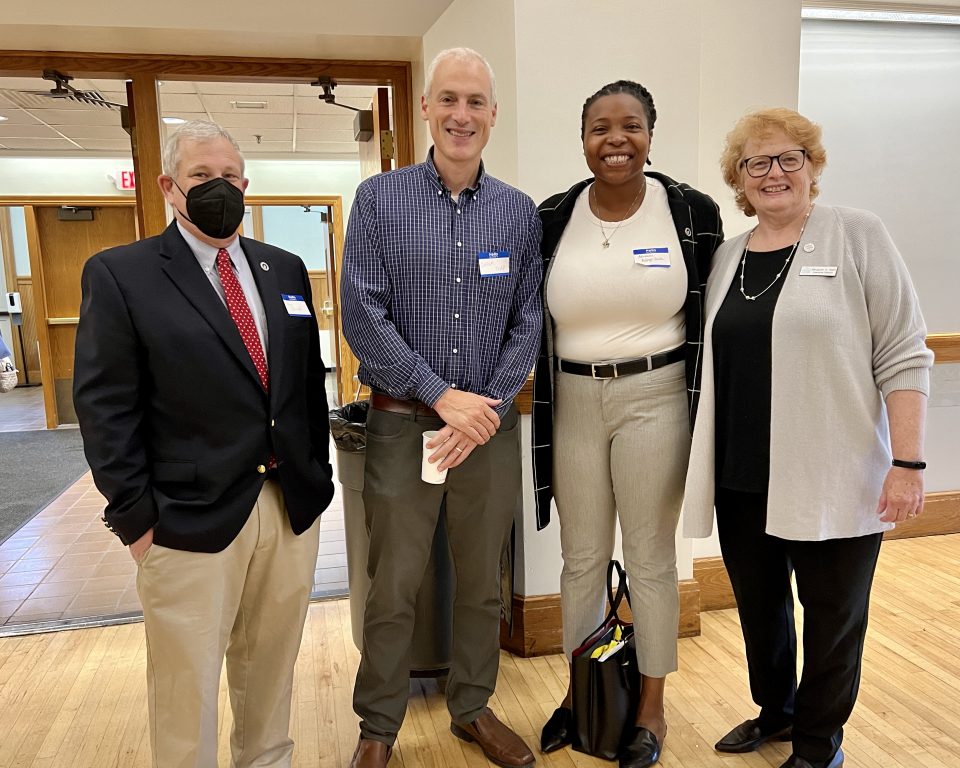 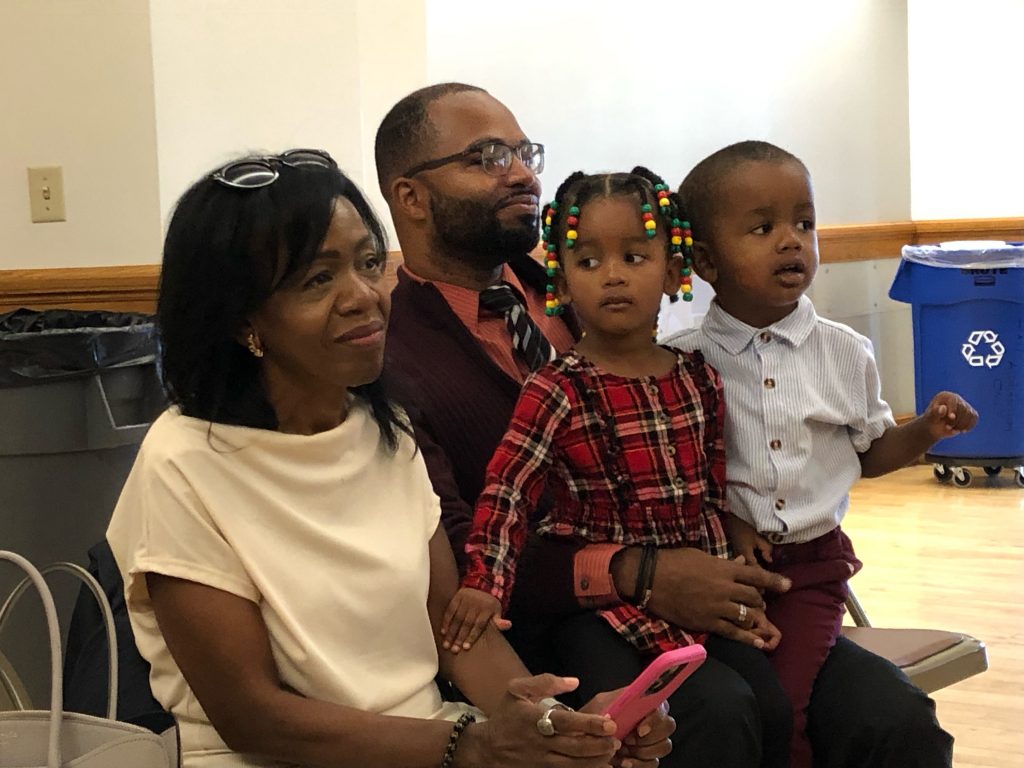 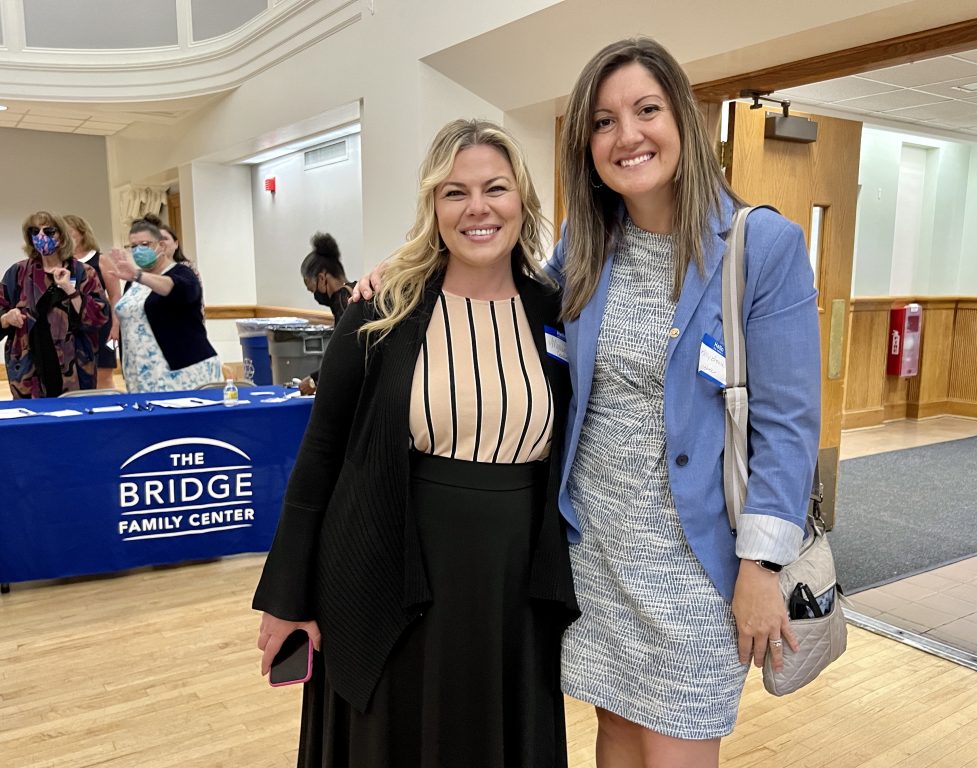 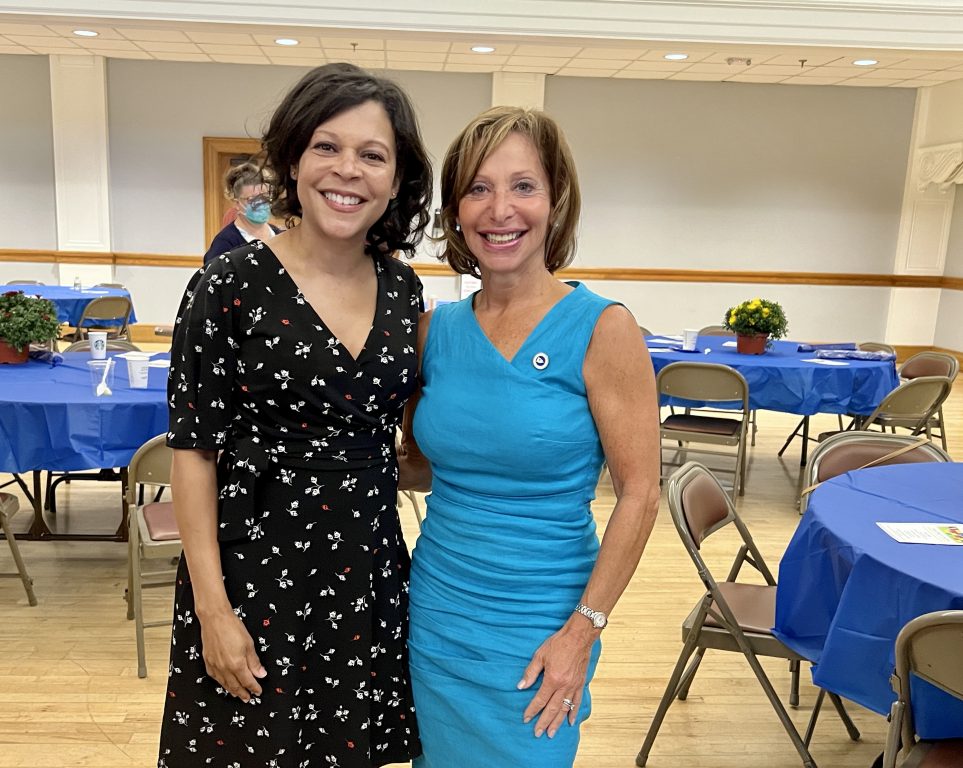 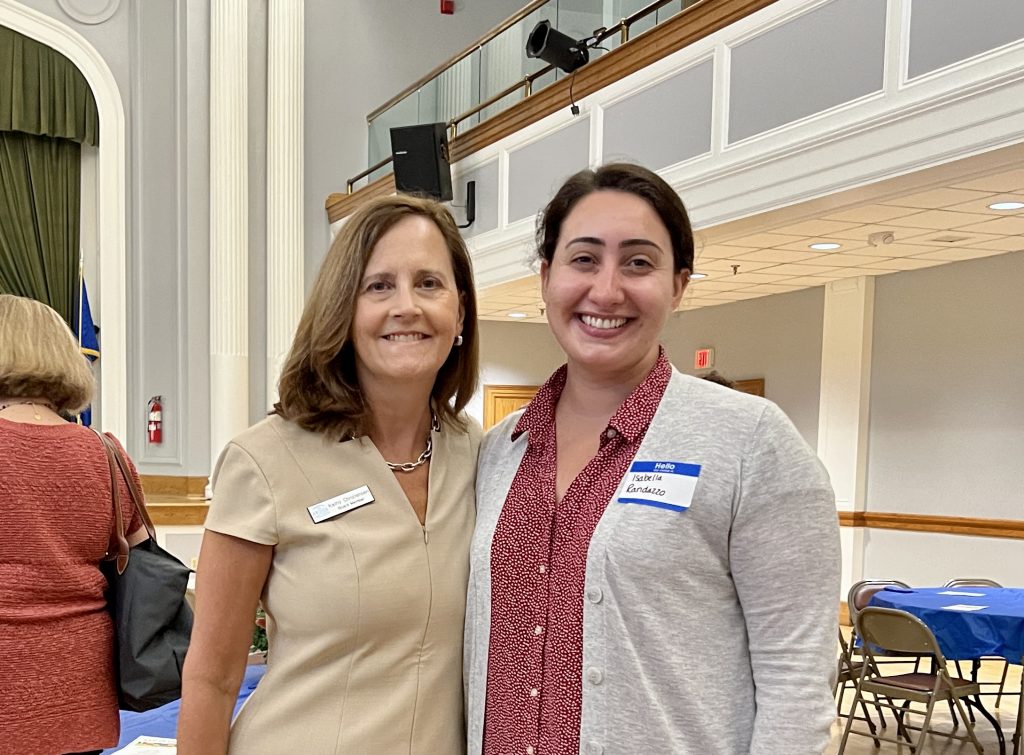 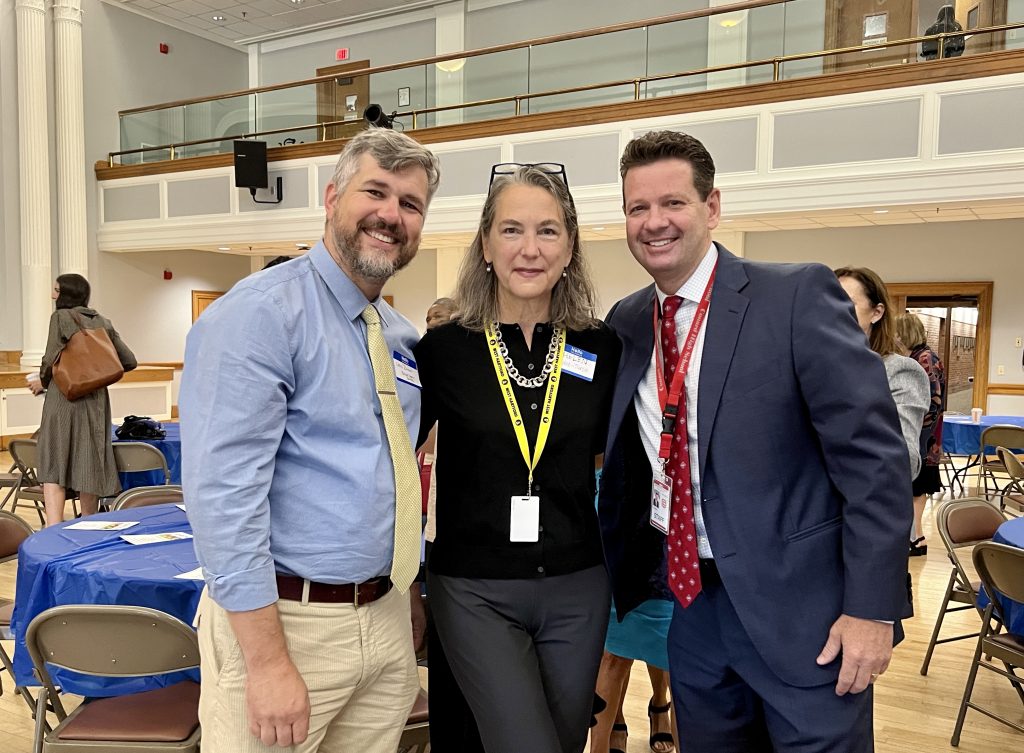 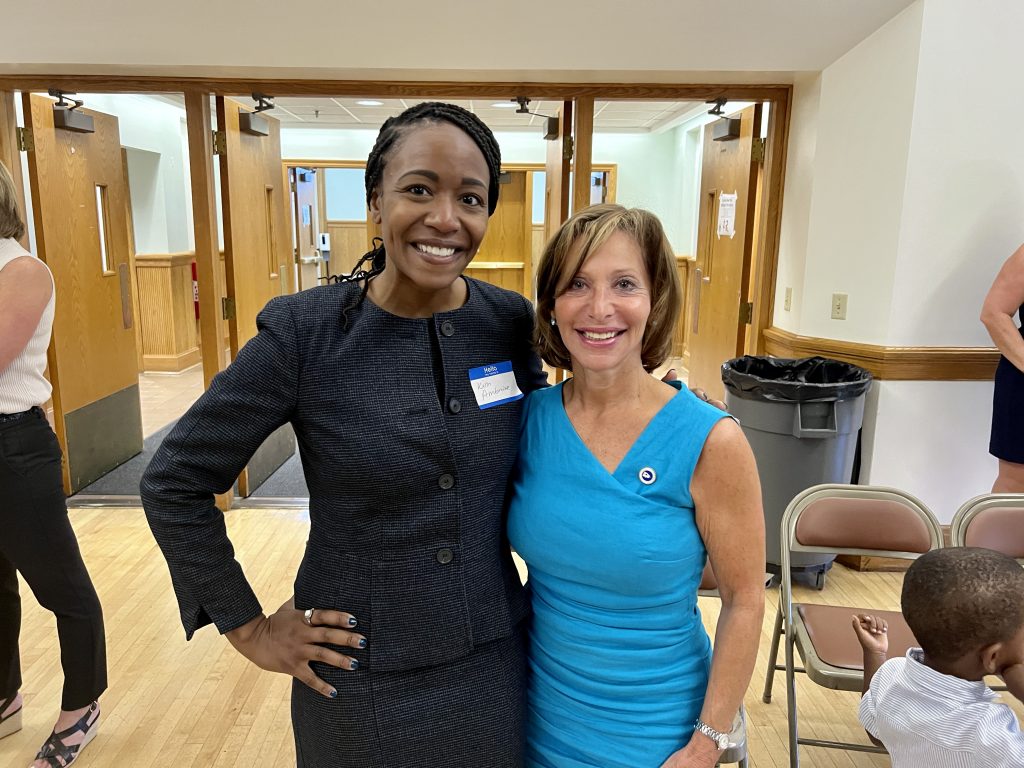 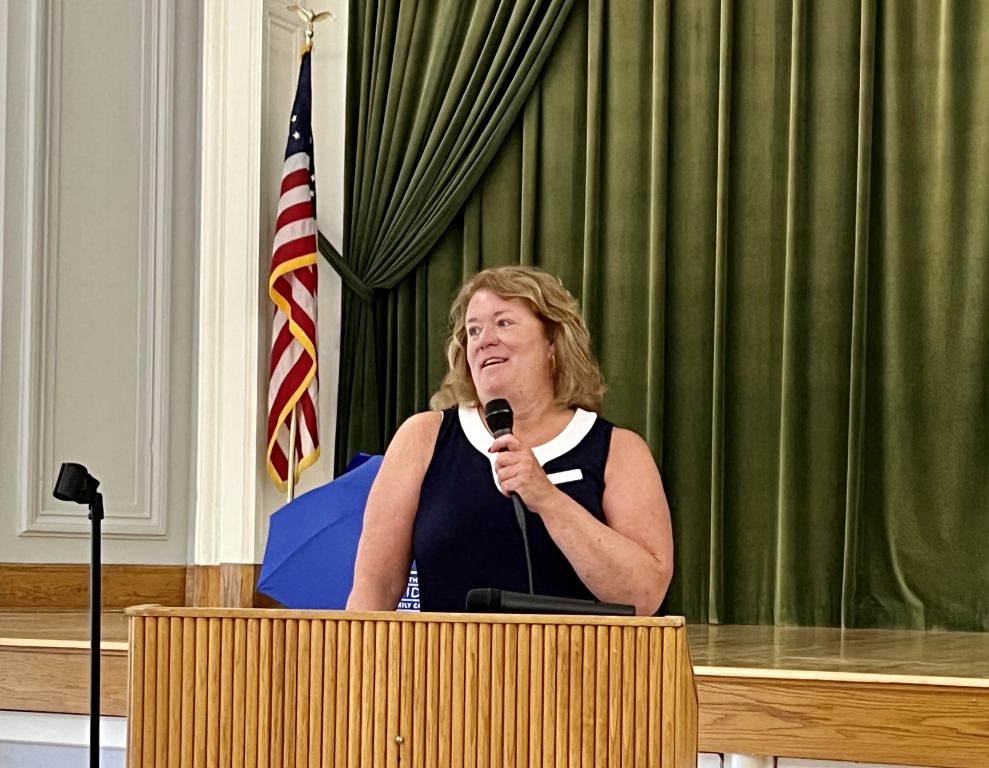 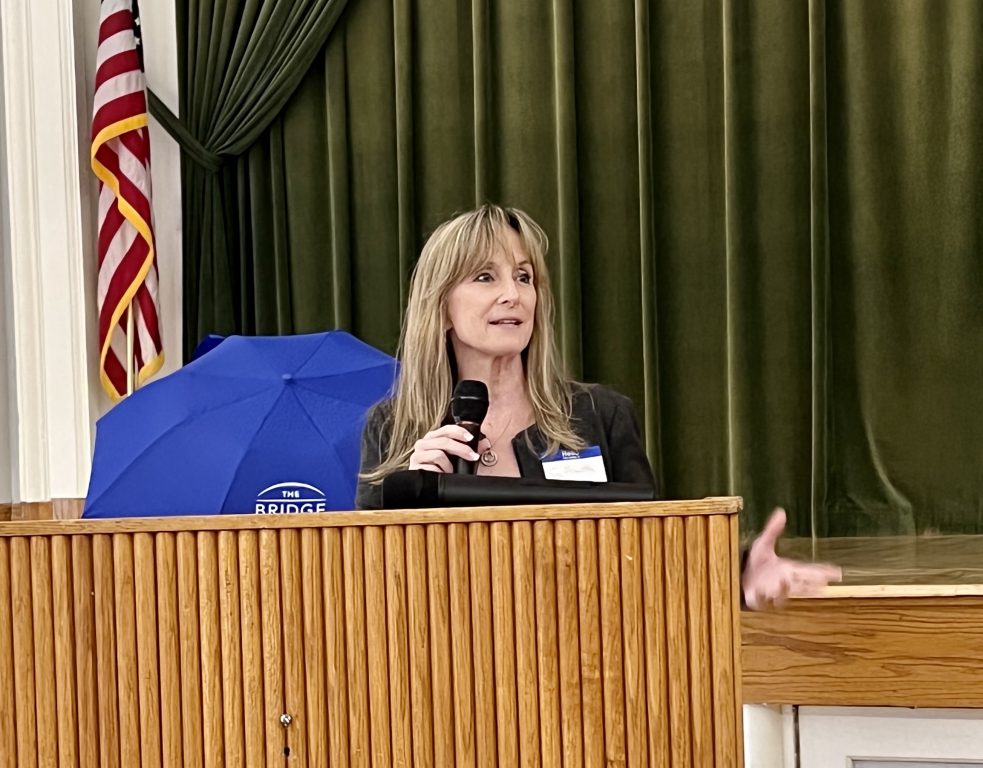