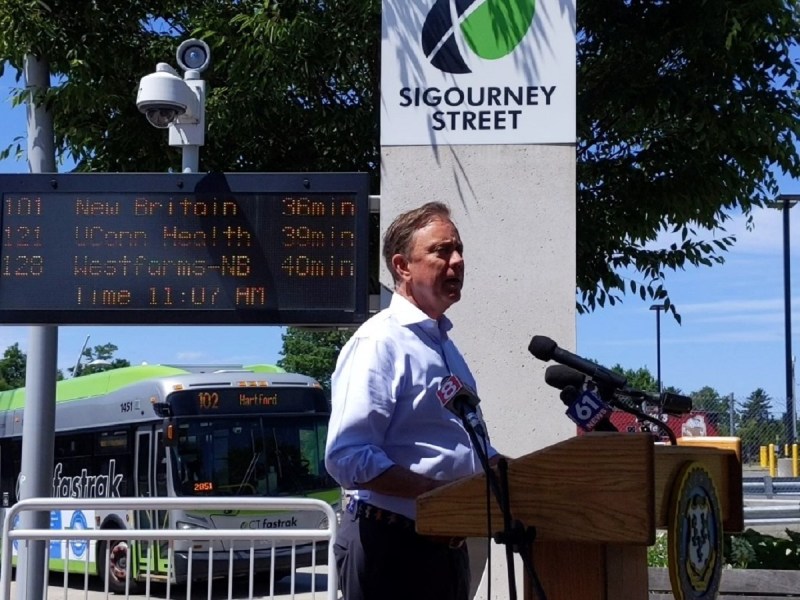 At a press conference at a CTfastrak station in Hartford on Monday, Gov. Ned Lamont said that ridership has grown by 150,000 in the past month.

Ridership on Connecticut’s bus transit programs has risen in the past month as fuel prices have climbed and more commuters have taken advantage of a temporary suspension of bus pass fees, state officials said Monday.

The state legislature included temporarily free bus service as part of a bill designed to blunt the impact of inflation in Connecticut earlier this spring. Policymakers later extended the package, which included a holiday on the state’s 25-cent-per-gallon gasoline tax, until December as part of the state budget.