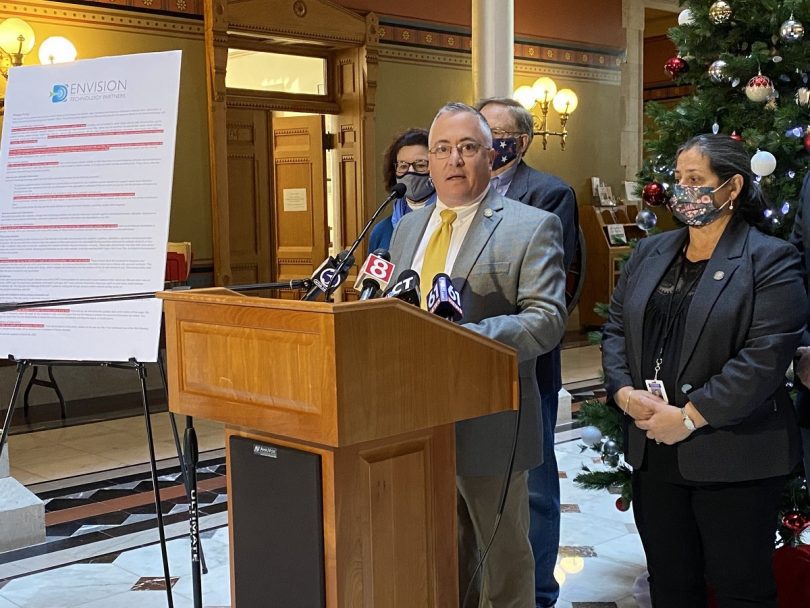 A ‘SMART Health Card QR code’ is available to residents through the Department of Public Health website.

During a late-morning press conference at the state Capitol building, Candelora launched a sprawling criticism of the governor, saying the Lamont administration had taken action on a variety of subjects without legislative consultation.

That included the availability this week of a “SMART Health Card QR Code,” residents can use to verify their COVID vaccination status through the Public Health Department website. Candelora pointed to other states which had enacted similar platforms, commonly called vaccine passports. In those states, the vendor contracts were easily available for scrutiny and assurances of data privacy, he said.

The Public Health Department has made the QR codes available through an expansion of services by an existing vendor, Envision Technology Partners, which runs CT-WIZ, the system Connecticut has used to track vaccination information.

Here’s the statement of work and the contract, which spells out that the state is the owner of the information and it should not be transferred.

On Friday, his chief spokesman, Max Reiss, told reporters the agreement with Envision stated that the data was the property of the state, and the state was not in the business of selling information.

“This is just fear mongering and it’s frankly, probably, irresponsible because we’re talking about public health information,” Reiss said of Candelora’s press conference. “If it’s easier for me to have my record on my phone, then I think that’s a right that we’re providing the residents.” 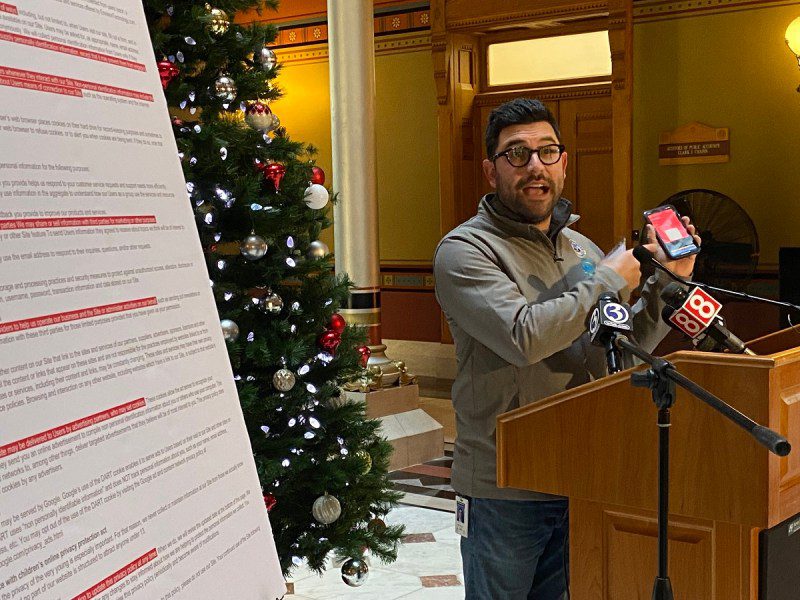 However, Candelora’s concerns on the subject of the vaccine passports extended beyond the privacy of people who chose to use the voluntary app to include hypothetical worries that pharmacies or grocery stores may someday use the tool to deny service to unvaccinated people in locations where there weren’t other options. Asked whether such speculation contributed to paranoid narratives on social media, Candelora countered that a lack of transparency fed those narratives.

“When we get programs that are rolled out with vague, unspecific information, when documents are not produced when people ask for them, that feeds the narrative and it leaves people to speculate the good and the bad,” Candelora said. “That’s why I am saying, if you shine light on these policies and bring transparency back to government, it would eliminate the conspiracy theories and that is not happening.”

Speaking to reporters, Reiss bristled at the suggestion that the administration had been less than transparent. He said he was unaware of any request for information about the Envision contract by Republicans. Reiss said Lamont and others were available for questions and the administration would participate in hearings if the legislature called them.

“Go ahead. The governor’s office doesn’t hold hearings, the legislature does. Go ahead,” Reiss said, adding that Lamont was frequently available for questions at press conferences around the state. “This is a red herring. If someone wants to hold a hearing, hold a hearing. We’re more than happy to. We’re more than happy to go into how data works, which I’m not sure Republicans understand.”