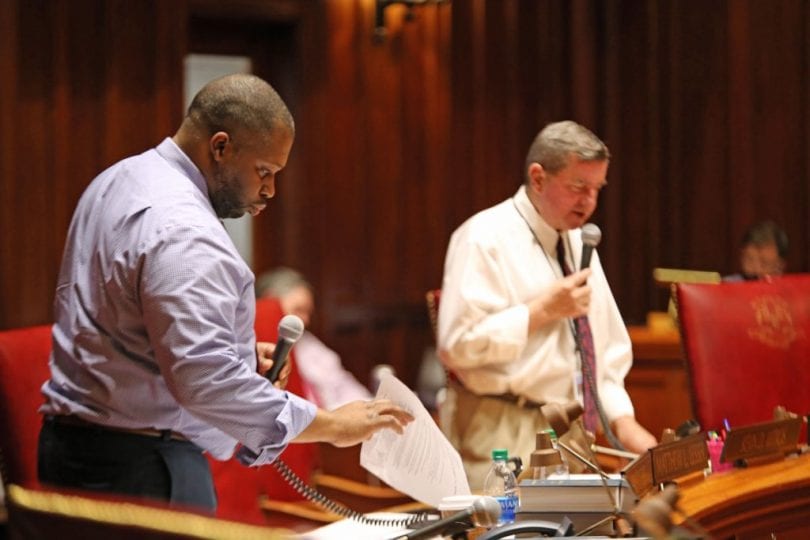 The Senate voted early Tuesday morning to legalize recreational cannabis in Connecticut, sending the bill to the House where Democratic leaders say they have the votes and, maybe, the time to pass it before the session adjourns Wednesday.

The bill’s 19 to 17 vote in the Senate marks the furthest a legalization proposal has reached in Connecticut despite years of attempts. It comes after months of negotiations between the governor’s office and lawmakers on how best to ensure that communities damaged by the war on drugs have a fair stake in any new cannabis industry. 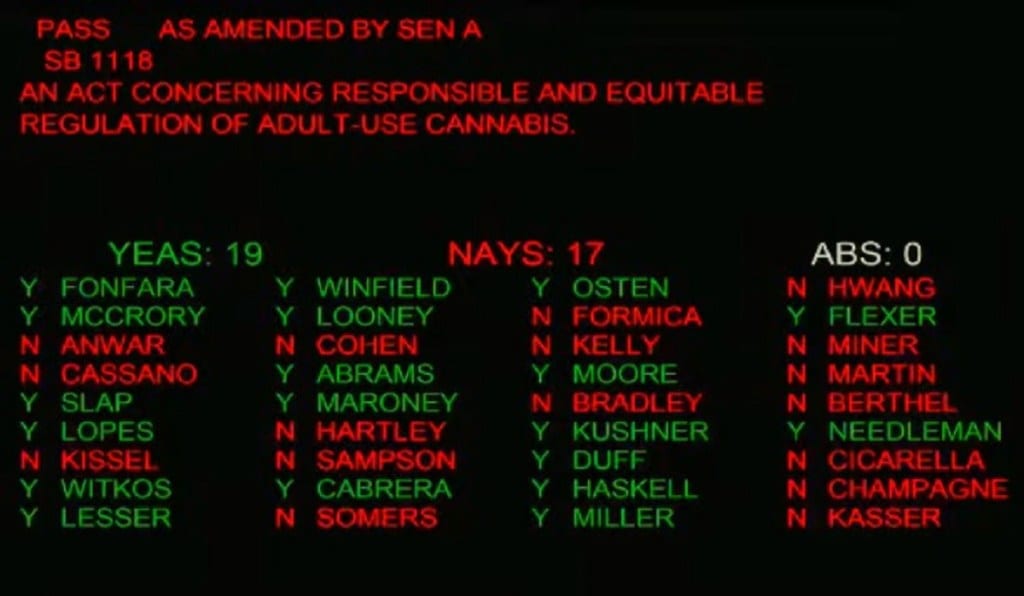 “The issue of equity is obviously built into this bill or we would not be here quite frankly,” Sen. Gary Winfield, a New Haven Democrat who is co-chairman of the Judiciary Committee, said soon after the debate started around 9 p.m.

The nearly 300-page bill was finalized over the weekend then amended on the floor of the Senate. It would legalize the use and possession of recreational cannabis for people over the age of 21 beginning in July. Proponents say commercial sales could be possible by May 2022.

The bill includes new provisions allowing home-grown cannabis: up to six plants per eligible resident, capped at 12 plants per household. It also includes provisions allowing cannabis workers to unionize and broader “social equity” elements to ensure 65% ownership in these new businesses benefit communities impacted by the war on drugs.

Winfield framed the issue as part of a broader attempt by the legislature this year to right historical wrongs.

“This session has been a session where we’ve been talking about equity. Talking about dealing with the policies of the past and making them right,” Winfield said. “To my mind, if cannabis has been made illegal … to deal with ‘the others,’ whether they be the Mexicans in the early 1900s or the hippies and the Blacks in the 1970s, that is not good public policy. And we have seen what has been wrought by having a war on drugs. Whole communities have been decimated.”

During the more than four-hour debate opponents argued that cannabis could be addictive and damaging to public health. They said legalization could result in more impaired drivers and sent the wrong message to young people.

Sen. John Kissel, R-Enfield, framed this year’s session in a different light. He pointed to the state’s legalization of online gambling and sports betting, which lawmakers passed earlier this year.

Before the debate, Senate Republican Leader Kevin Kelly told reporters he was disappointed the legislature seemed intent on following the path set by neighboring states which had legalized the drug. He worried that the cannabis debate had become about money instead of policy.

“I think this whole issue has been one focused on the revenue rather than on the social policy and whether that social policy is good for Connecticut,” he said.

Winfield said that revenue was part of what proponents tried to weigh when negotiating the bill but he said the primary reason for legalization was simpler.

The Senate’s late-session passage leaves the House with limited time to act on the bill. The legislative session ends at midnight on Wednesday and the House is expected to debate and pass a two-year, $46 billion budget package on Tuesday. During a Monday morning press conference, House leaders said they plan to raise the cannabis bill Wednesday and have the votes to pass it.

But the timing will be tight. There is little stopping opponents of any bill called on the final day of session from debating the proposal until the midnight deadline.

However, House Speaker Matt Ritter said he had options available to him including immediately calling the legislature back into a special session early Thursday morning to continue the debate. He said there was still time to have conversations with Republicans and potentially make a deal on timing.